Benchmarks schmenchmarks – what we want to see is Windows 7 running on more and more devices!  Today it’s the turn of a couple of touchscreen ultraportables, one old and one new, to take the Microsoft pre-beta OS for a spin.  The venerable Gigabyte U60 – rocking a VIA 1.2GHz processor and 1GB of RAM – takes first punt, closely followed by the Fujitsu U2010 (aka U820).

The Gigabyte UMPC (which there are currently no photos of) reportedly boots five seconds faster than Windows XP Tablet Edition SP3, and then runs at a similar speed to that OS.  The new OS also automatically found the right drivers for the U60’s WiFi card, which is something Vista couldn’t manage.

On the U2010, meanwhile, things are even more successful.  Screen rotation still works, as does the Chinese language input panel, and the U2010’s integrated 3.5G HSDPA modem is functional too.  The icing on the cake is that it runs faster than both the stock Vista OS and XP Tablet Edition (the latter of which presents problems as there are missing drivers). 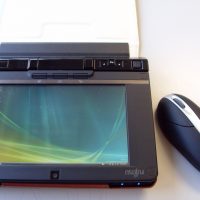 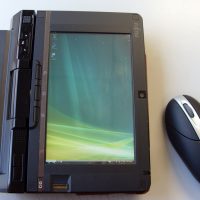 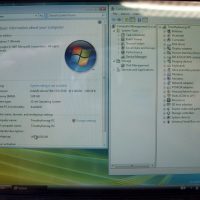