I’d say I always get a bit wary when a device toots its own horn about one specific specification it has and doesn’t speak much at all about the rest, but who am I kidding: I love strange ideas like making a tablet able to be completely submerged in water with waterproofing enough to tell the tale. This isn’t the only waterproof tablet to be shown off this week at CES 2012, the other being the Pantech Burst, which is said to be able to take a full minute of dunking without damage, but did prove itself to be much more hearty than that with a several-minute-dunk during its announcement at the AT&T developers keynote early in the week. What Fujitsu has here is that same waterproofing, but in a tablet that was revealed for sale in Japan several months ago.

This tablet is not the thinnest in the world, nor is it the sleekest in any way, but it is light. And it does not feel fragile in the least bit, that’s for sure. It runs Android 3.2 Honeycomb out of the box, and is powered by a Texas Instruments OMAP4430 1GHz dual-core processor. The display is 1280 x 800 pixels strong and it does seem to be, in general, a pretty OK tablet.

What you’re going to see in the hands-on video here is that this tablet runs a stock version of Honeycomb and has a collection of apps so strange it’ll make your head spin. Of course this version is the NTT Docomo iteration, that meaning it’s got carrier-added apps we (and I mean I) have never heard of before. When this device is released in the USA, expect it to have LTE speeds on AT&T. That’s not confirmed, but if I was a betting man, I’d bet on that. 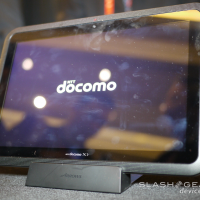 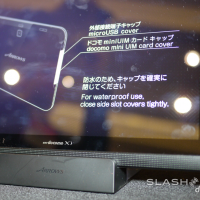 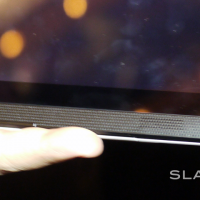 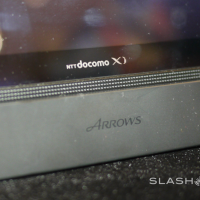 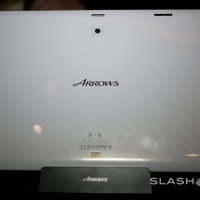 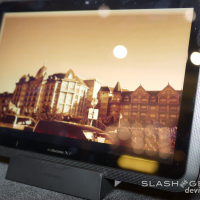 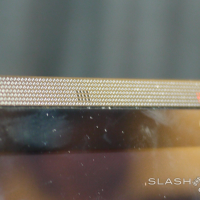 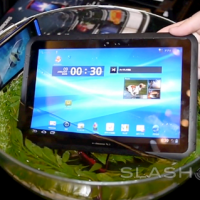