“Will it explode?” isn’t the question Honda dealers want to be answering about the 2017 Clarity Fuel Cell, but hydrogen’s tricky history means they’ll probably hear it more than once. Fuel cell engines are faintly magical in science terms, taking hydrogen, converting it into electricity, and then emitting nothing but water as a waste product. Problem is, say “hydrogen” and many people hear “Hindenburg”.

The idea of changing hydrogen into electricity isn’t a new one, but it’s taken a long time to reach the road in any meaningful numbers. Honda’s work on fuel cells, the technology at the heart of hydrogen powertrains, began in the 1980s, though its first experimental vehicle – based on the Odyssey minivan, but so stuffed with its “laboratory on wheels” hardware that there was only room, the engineers say, for one and a half people – didn’t arrive until 1998. The following year, Honda developed two cars, FCX-V1 and FCX-V2, with different types of fuel cell architecture.

Since then, like others in the automotive space, Honda has trialled different fuel cell vehicles with both commercial and individual customers. The cars themselves have been a few steps removed from the early prototypes, though one key priority has carried through. If fuel cells are ever going to make it to the public roads at scale, the hydrogen needs not only to be safe, but to be perceived as safe. 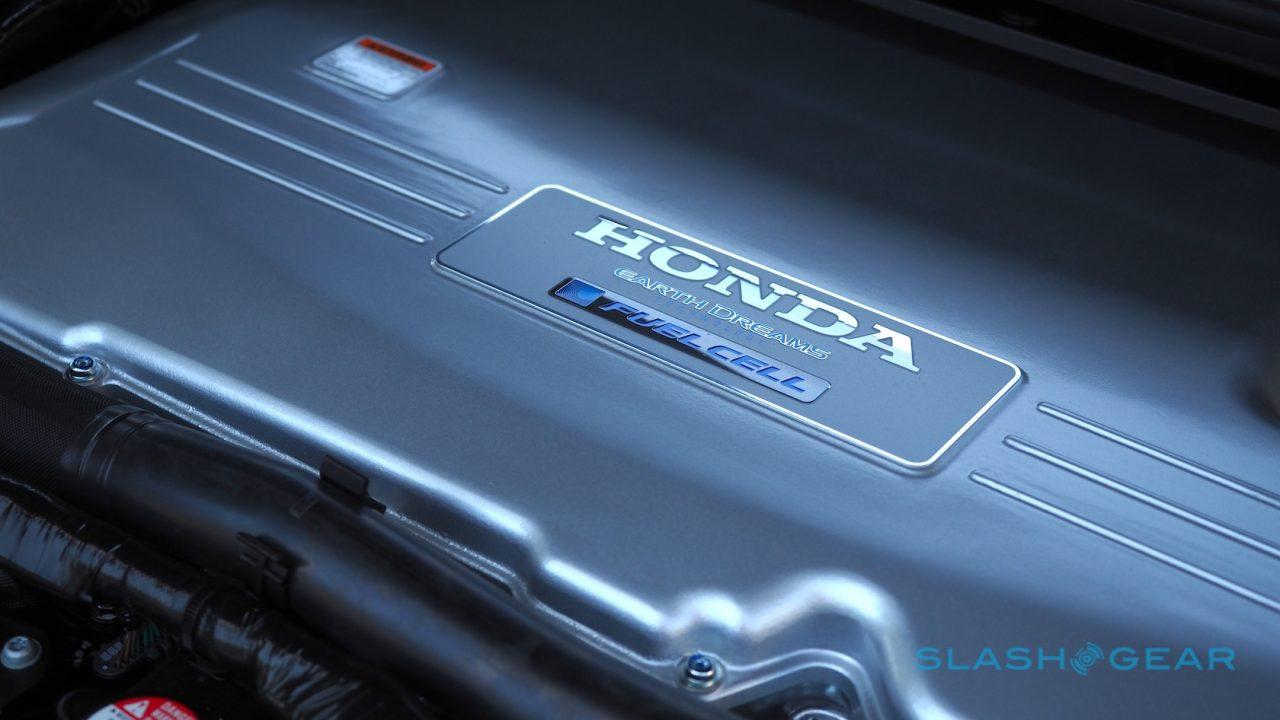 As fuels go, hydrogen arguably has an unfair reputation for being temperamental. Gasoline is, experts agree, more dangerous. For a start, if it leaks out it will pool on the ground. In contrast hydrogen, being sixteen times lighter than air, will simple dissipate.

Hydrogen tank integrity is key. The 2017 Clarity Fuel Cell actually uses two of them, splitting its fuel between a larger tank behind the rear seats and a smaller one underneath them. Each is made of carbon fiber and, in a world’s first, lined with aluminum. They’re designed both to withstand huge pressure – the total 5.46 kg of hydrogen is stored at 10,000 PSI – but also to fail, should the worst happen, in a predictable and manageable way.

It’s tested to withstand extremes both of pressure and heat. Should the temperature rise to a point where an explosion could be a possibility, there’s a special valve that’s designed to safely vent the contents before that happens. Known as a thermally activated pressure relief device (TPRD), it’s a one-time-use outlet which can quickly release the hydrogen in a controlled manner.

As for the possible consequences of a crash, frankly the hydrogen tank is probably the safest part of the whole car when it comes to sustaining damage. Independent testing by Vancouver’s Powertech Labs of the sort of carbon-fiber tanks Honda – and other fuel-cell vehicles currently on the road, like Toyota’s Mirai – is relying on have found that nothing short of a .50-caliber bullet can make it through. Anything less just bounces off.

And if something does manage to pierce the carbon-fiber? The tanks themselves are designed to vent, but not rupture, just as the TPRD is: in effect, they release their pressure in a controlled way, rather than peeling open like a rotten cantaloupe. As the Honda engineers explained to me, it’ll be loud, and give you quite a shock, but it won’t actually explode.

Hydrogen sensors scattered near the fuel cell stack and near the tanks themselves keep their electronic noses primed for any escaping gases, shutting the system down if necessary. Vents on the front fenders and at the filler cap avoid any rogue hydrogen building-up. Since it’s lighter than air, it should quickly dissipate; nonetheless, a warning message is flagged up on the dashboard of the Clarity Fuel Cell, advising the driver to contact the dealership.

Arguably the bigger question around hydrogen as an automotive fuel isn’t safety but supply. There are plenty of ways to produce hydrogen, some greener than others. Certainly, you can extract it from water with electrolysis, but it’s an electricity-hungry process and, unless you’re using renewable sources for that electricity, the overall eco-credentials are in question. 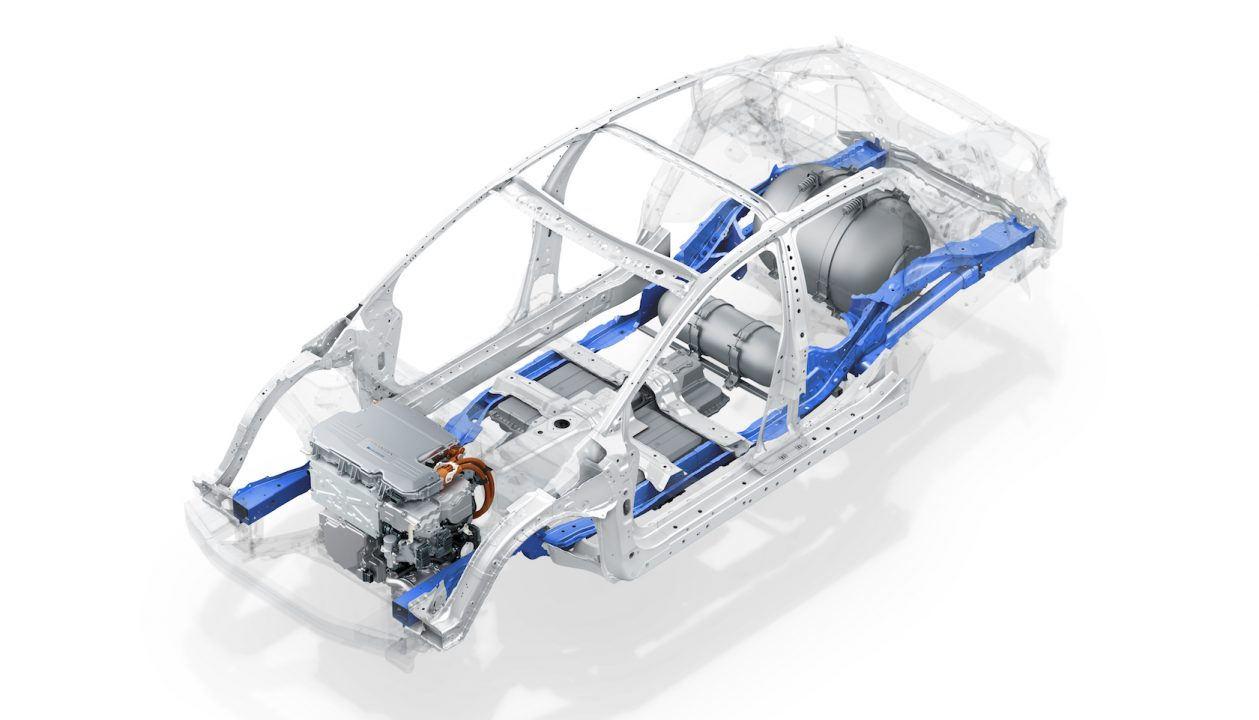 Alternatively there are methods like natural gas reformation, which uses steam to produce hydrogen from natural gas. You can do something similar with renewable liquid fuels, such as ethanol, or even ferment biomass (which Toyota, memorably, did with animal manure). The majority of hydrogen produced in the US, though, comes from fossil fuels.

The hydrogen fuel stations already in California – which are expected to reach 100 by around 2020 – are required by state law to make sure that at least a third of their fuel comes from renewable sources. According to Honda, the actual percentage is now even higher than that. All the same, despite the beguiling idea of putting hydrogen into the tank and spilling nothing but environmentally-friendly water at the other end of the process, when you take into account the fuel production chain it’s not quite so straightforward.

Possible workarounds are in process, mind. Since 2001, Honda has had a hydrogen production and fueling station at its R&D facility in Torrance, California. That uses solar power to augment regular electricty, applying both to extract hydrogen from water; Toyota and others are working on similar systems. The eventual goal is an off-the-grid hydrogen generator that could tap into whatever environmentally-sound energy source was to hand – whether that be solar, wind, wave, geothermal, or something else – though it’s still some way off being broadly feasible.

Whenever that arrives, one thing is abundantly clear. When it comes to hydrogen car safety, you should probably be more concerned about how you’ll fill the tank than how safe the fuel inside it is.