Users of the location-centric app Foursquare have been using it for several reasons predominantly over the past few years. One reason major enough to constitute its own app is finding friends. As such, the folks behind Foursquare have decided to do a split – sooner than later, users will be asked to use the app “Swarm” to keep an eye on their best buddies whenever they want to find them.

If you live in a big city and you’ve got one whole heck of a lot of friends, there’s always the possibility you’ll want to find whichever friends are closest to you to have as much fun as possible as quickly as possible. For you, there’ll be Swarm.

Swarm will be available for iOS and Android this month – Windows Phone will have to wait a bit longer, but it’s been assured to be arriving soon as well.

Once you discover friends nearby, you’ll be able to post your “Plans” for friends on your list. You can make clear where you are and invite friends thusly. You can set time limits on events your attending as well. 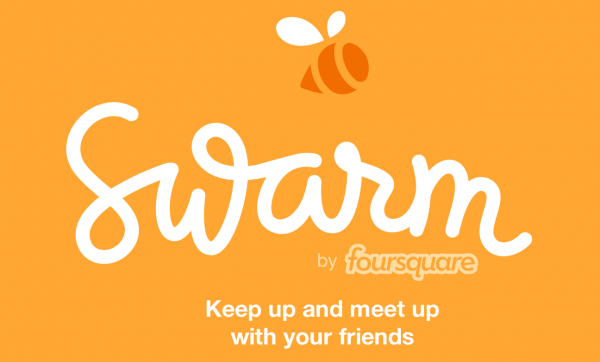 Differentiators here include a syphoning down of abilities – this Swarm app is made just for this one purpose. Connecting with your closest comrades as they move in and out of your immediate area.

Sound like the app for you? You’ll have to wait just a bit. You can head to SwarmApp the webpage to sign up fro the beta release of this app – coming sooner than later.