Facebook has added a new feature to its mobile apps, Nearby Friends, allowing users of the social network to find those on their friendslist when they’re nearby, though Facebook is clearly wary of a privacy backlash. The feature, which will be rolled out to the Android and iOS apps over the coming weeks, shows your GPS position and that of your friends on a map; however, Facebook is turning it off by default, and relying on users to opt-in instead.

Users need to dig into the settings in the updated apps to switch on Nearby Friends if they want to be shown on other people’s maps. There’s also more granular control over which people on your friendslist will see you on their map, and be shown up on yours: you can pick individual friends lists or even individual friends. 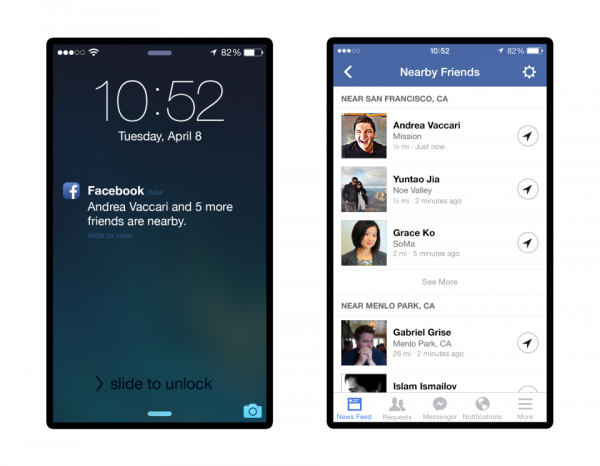 When activated, Facebook will periodically ping out a notification when you’re physically nearby someone you know. The social site’s example is if you’re headed to the movies, with Nearby Friends popping up an alert to tell you others are also there, so that you could perhaps go to a showing together or get dinner later on.

Nearby Friends can also be left active for a set period of time, turning off again after that’s done, and a message added such as details on why you’ll be there. Precise location will also be shown on their profiles, though again only visible if the privacy settings of both match-up. 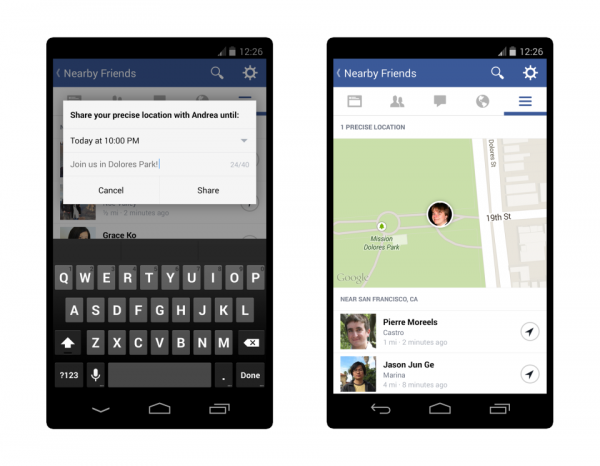 It’s not the first time we’ve seen this sort of service offered on mobile devices. Ill-fated MVNO Helio offered its “Buddy Beacon” system as far back as 2006, for instance, showing other users on a map, though the fact that it was limited – for the first few years at least – to only those on the same network meant it never really took off.

In contrast, Facebook is the biggest social network around, and even with privacy issues lingering, the assumption is clearly that sufficient people will prefer easily meeting up over telling others where they are. Expect it to show up in the apps for Android and iOS over the coming weeks.