Ford had been keeping the full event of its range-topping 2021 Mustang Mach-E GT’s performance under wraps, but now we know that the all-electric crossover really is worthy of pony car club membership. Announced alongside the rest of the Mustang Mach-E range last year, though not arriving in dealerships until spring 2021, the GT packs 459 horsepower and 612 lb-ft of torque.

That comes courtesy of all-wheel drive and two electric motors. There’ll be an Extended Range battery for 235 miles of driving, Ford said back in November 2019, and standard Magneride Suspension.

What it wasn’t saying, however, was how quickly the Mustang Mach-E GT Performance would accelerate. For that, we’ve had to wait until today, and the EV’s official announcement for Europe. Among the familiar details, one fact stands out: 0-62 mph.

Now we know it’ll take 3.7 seconds for the Mustang Mach-E GT to go from zero to 62 miles per hour. That, Ford says, makes it the equal of the speediest Tesla Model Y Performance. Top speed is capped at 124 mph. 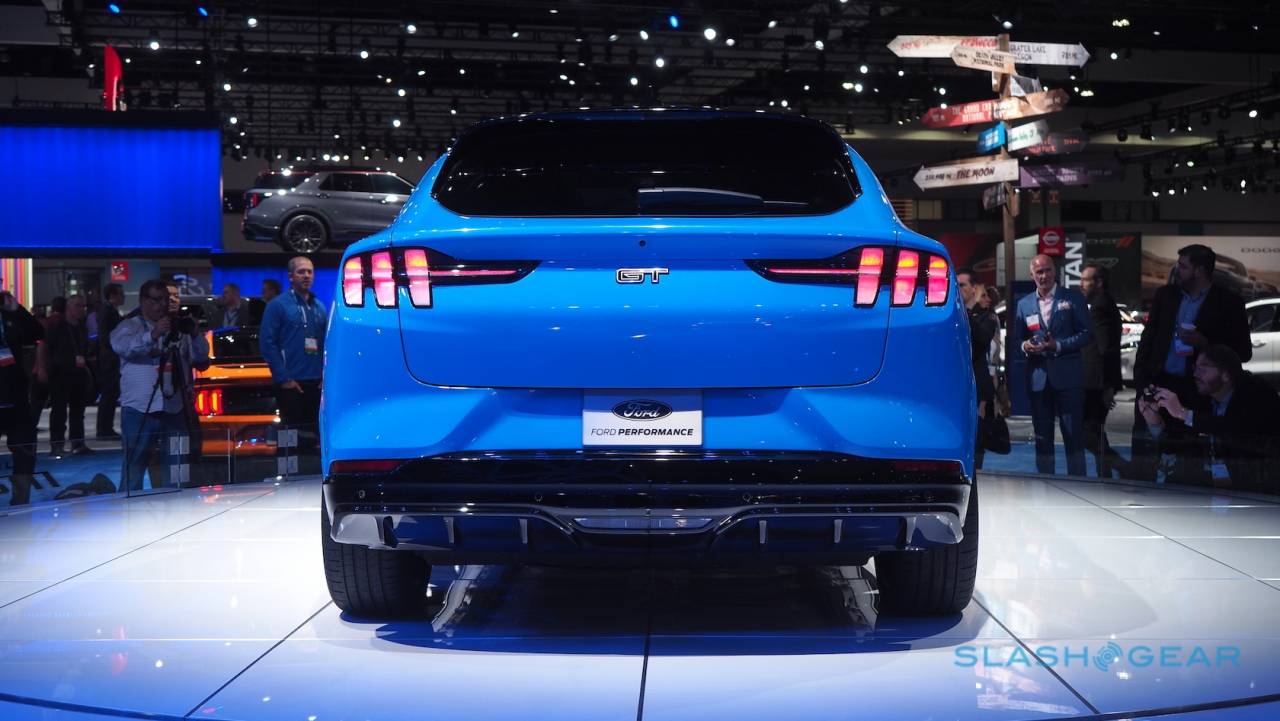 As for the standard Mustang Mach-E with the Extended Range battery and all-wheel drive, that should do 0-62 mph in 5.1 seconds, Ford says.

While it may just seem like bragging rights, Ford clearly recognizes that it has plenty to prove with its new electric crossover. On the one hand, there are Mustang purists still yet to be entirely convinced that the EV is worthy of the nameplate. Ford has promised driving dynamics to match what owners expect of their gas-powered Mustang coupes and convertibles, but the proof of that will be in the pudding when the car arrives at dealerships and in owners’ garages.

On the other hand, though, there’s the increasingly competitive EV market itself. There, Tesla has of course carved out a strong niche, while the Mustang Mach-E will be bracketed by affordable electric crossovers from Hyundai, Kia, and others on one side, and premium alternatives from automakers like Audi and Jaguar on the other. The fact that would-be GT owners will have to wait until later in 2021 to get the most potent version of Ford’s car won’t exactly help, either, as will the fact that there’s a reasonable possibility that its US tax credits will be running out by that point too.

Still, with lingering questions about whether the GT’s performance could live up to Ford’s promises – and the compact SUV’s striking design – it’s good to have some reassurance on that front. It’s not quite the monstrous Mustang Mach-E 1400, but 0-62 mph in 3.7 seconds is nothing to be ashamed of.