Ford has opened its homegrown respirators up for orders, with the hastily-designed personal protective equipment headed out to hospitals and other healthcare venues to protect workers against coronavirus. The automaker turned its idle plants and almost a hundred workers to constructing powered air purifying respirators (PAPRs) back in April, and says it has since produced 10,000 of them.

PAPRs are designed to isolate a healthcare worker from potentially dangerous contaminants like the COVID-19 virus being transmitted in bodily fluids. They consist of a hood and a face shield, as well as a HEPA filtration system designed to deliver clean air to the wearer.

Ford has been working with 3M on the design, a company which already has its own PAPRs. The difference here, though, is that Ford’s version needed to bypass as much of the traditional supply chain for healthcare equipment as it could, as shortages presented a bottleneck. Instead, it turned to off-the-shelf parts more familiar from its vehicles to fit the bill. 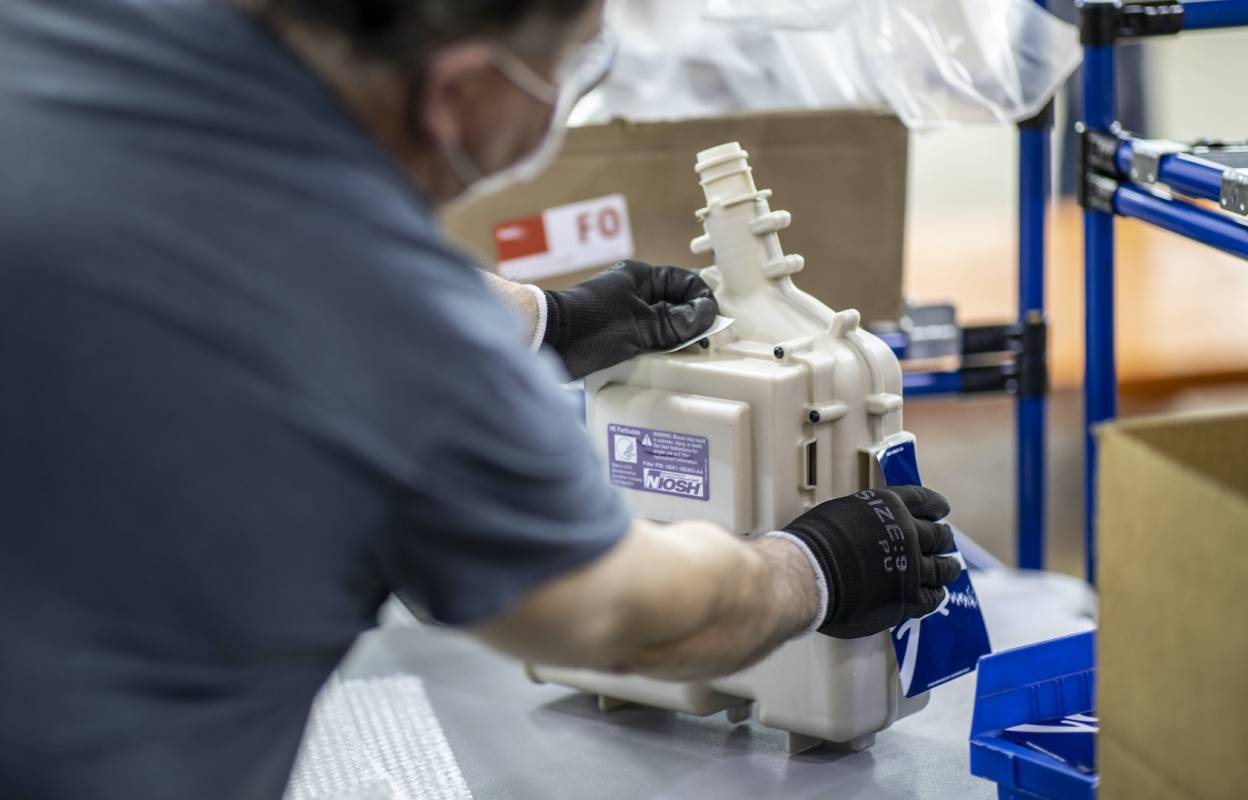 The air-blower system, therefore, is similar to designs for Ford’s ventilated seats in the F-150 truck. A rechargeable battery, originally intended for power tools, keeps the HEPA filter system running for up to eight hours. That’s been developed by Stanley Black & Decker, using a custom wiring harness with standard 3.0Ah and 5.0Ah batteries so that they can be readily swapped out to keep the PAPRs running over long shifts.

In total, Ford says, more than ten companies from its automotive supply chain have come up with new and off-the-shelf components for the PAPRs. That includes the hood tops – designed with input from the vehicle trim team – and the various controls and electronics involved. 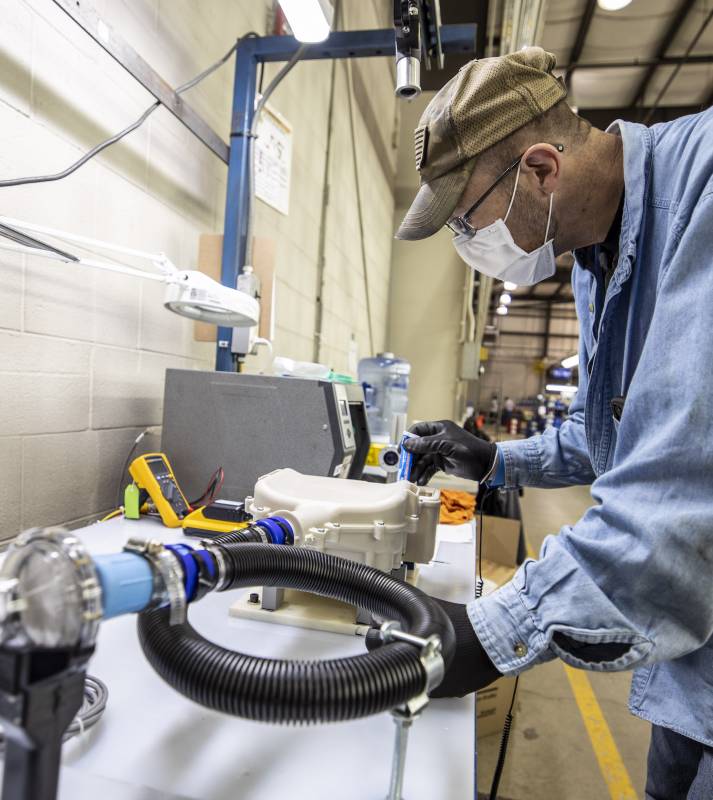 Now, with 10,000 constructed and the ability to produce a further 100,000, Ford claims, the automaker is throwing open the order books. A new site for Ford PPE requests has been set up, for organizations to register their interest. 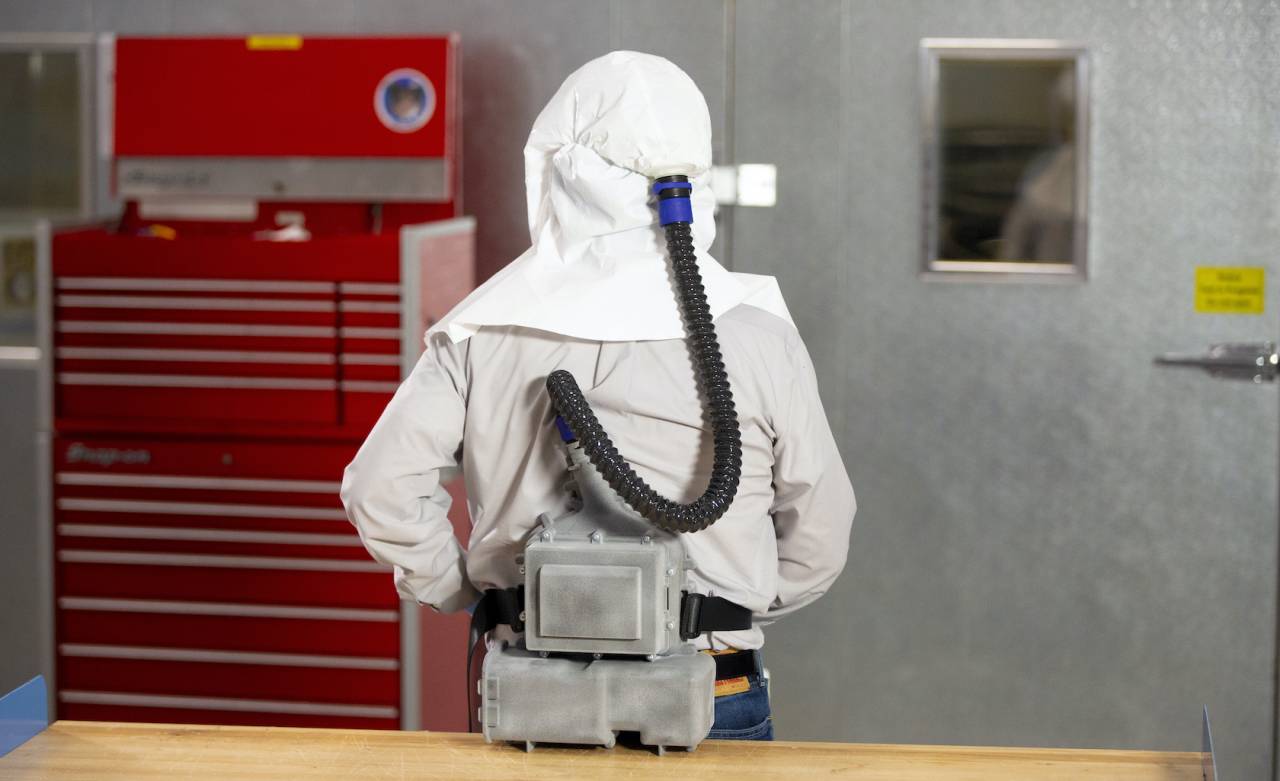 They’ll need to be hospitals, health clinics, long term care facilities, or first responders, or PPE donation facilities or something along those lines, in order to qualify. Ford isn’t working in one or two unit quantities, either: it’ll be delivering PAPRs by the pallet-load. Alternatively, 3M will be selling and distributing them via its own network, as well as taking responsibility for the technical support.

There’ll be a price for the units, but Ford says it will donate any profits beyond the cost of production to COVID-19 related nonprofit organizations. The first PAPRs have already been delivered, to Virginia Mason Medical Center in Seattle, Wash.