Ford Mustang Cobra Jet 1400 is ready for the dragstrip

Ford recently unveiled the Mustang Cobra Jet 1400. It happens to be the first all-electric dragster prototype from Ford and is purpose-built to conquer the dragstrip. The last time we heard the words ‘Mustang’ and ‘electric’ in the same sentence was in the Mustang Mach-E, an electric Mustang with the body of a crossover.

Last year, we also got a glimpse of the Ford Mustang Lithium at SEMA. Built in collaboration with Webasto, the Mustang Lithium is packed with dual electric motors and dual power inverters to produce a mind-blowing 900 horsepower and 1,000 pound-feet of torque – all without burning a single drop of fuel in the process.

But the Mustang Cobra Jet 1400 is different. Yes, it has the body of a Mustang coupe, but the ‘Cobra Jet’ moniker pays homage to the original models from the 1960s. While the Lithium is an electric roadgoing version of the current Mustang, Ford intended the electric Cobra Jet 1400 to conquer the dragstrips like its forebearers.

“Ford has always used motorsport to demonstrate innovation,” said Dave Pericak, Global Director, Ford Icons. “Electric powertrains give us a completely new kind of performance, and the all-electric Cobra Jet 1400 prototype is one example of pushing new technology to the absolute limit.” 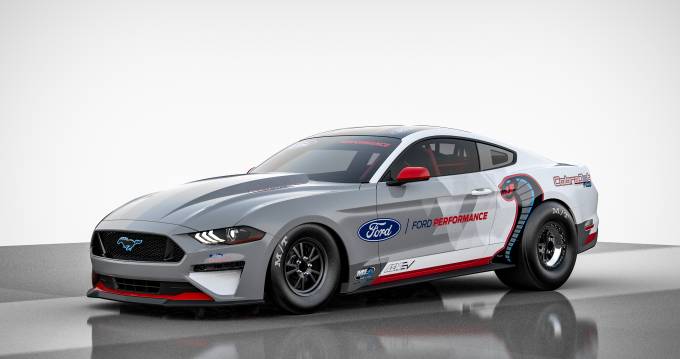 When it comes to dragsters, power is everything, and the Ford Mustang Cobra Jet 1400 has tons of it. According to Ford, the Cobra Jet is pushing 1,400 horsepower and 1,100 pound-feet of torque to the tarmac. With that much power, it has no problems crushing the quarter-mile run in less than 8 seconds at more than 170 mph. 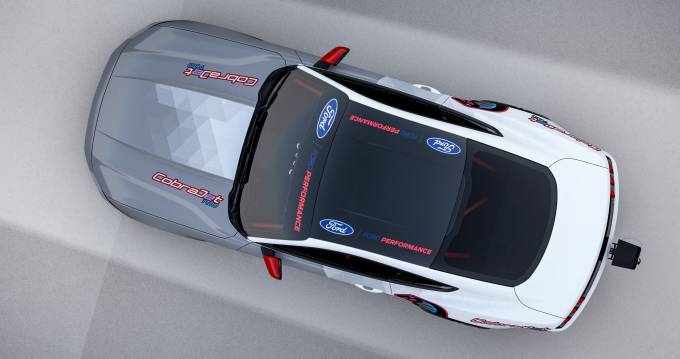 “This project was a challenge for all of us at Ford Performance, but a challenge we loved jumping into,” said Mark Rushbrook, Global Director, Ford Performance Motorsports. “We saw the Cobra Jet 1400 project as an opportunity to start developing electric powertrains in a race car package.”

But Ford Performance was not alone in creating this vicious electric pony car. The American carmaker collaborated with Cascadia for the electric motors and inverters; AEM EV for the software controls; MLe Racecars for tuning and building the car; and Watson Engineering for the roll cage and chassis. “This has been a fantastic project to work on, and we hope the first of many coming from our team at Ford Performance Motorsports,” added Rushbrook. 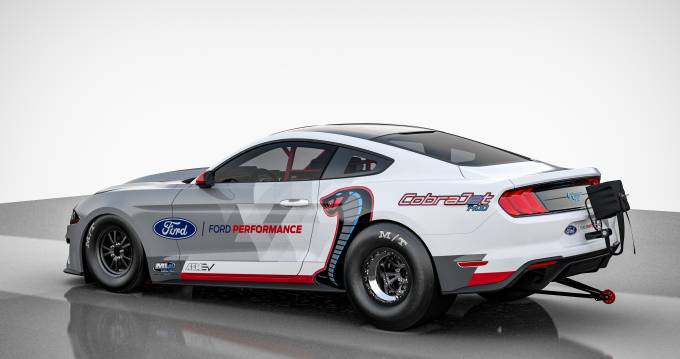 The Mustang Cobra Jet 1400 is scheduled to officially debut later this year at a still-unnamed drag racing event. There was no mention of the motor setup, battery capacity, or range. Nevertheless, we can’t wait to see it in action.