Bad news if you were hoping to snap up one of Ford’s well-spec’d 2021 Bronco First Edition trucks. The reservation system for the upcoming SUV may only have gone live last night – and production isn’t even due to start until early in 2021 – but if you decided to sleep on staking your claim, you’re out of luck. 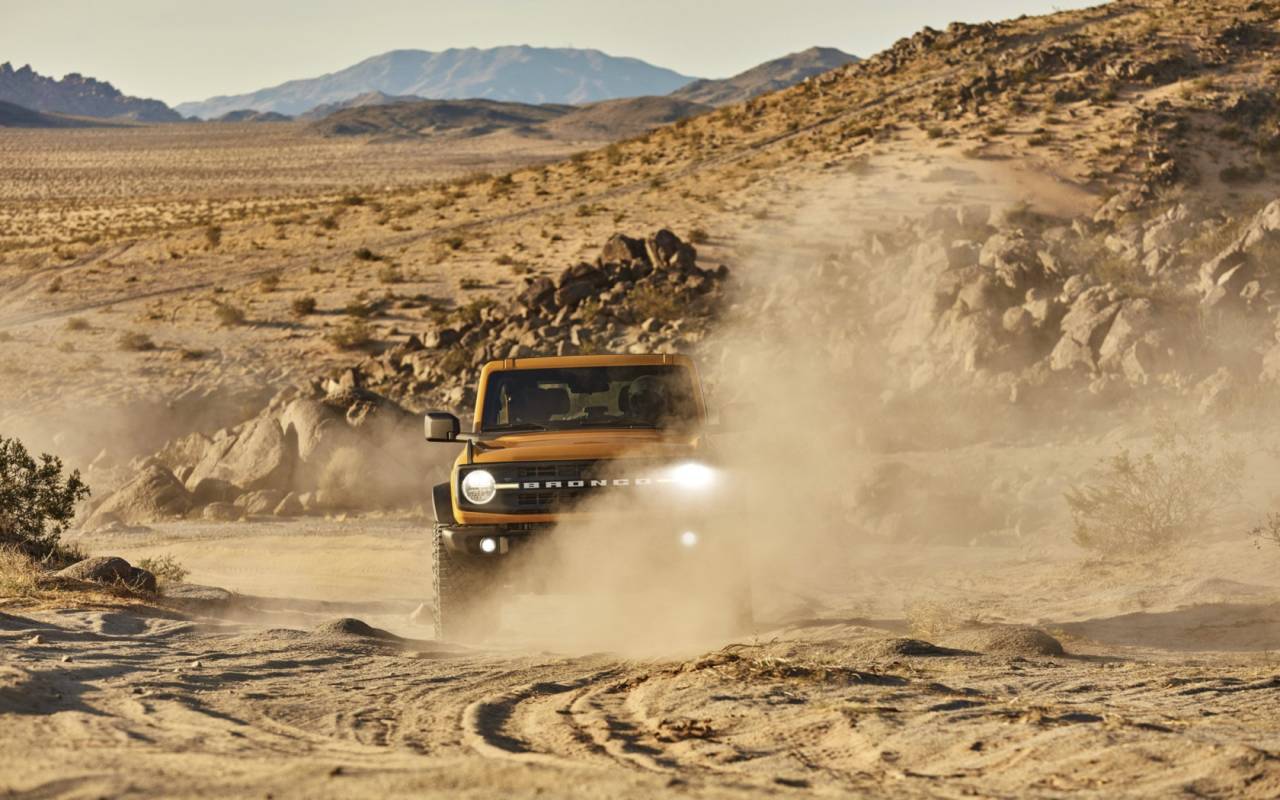 At the other end of the range is the Bronco First Edition. That starts at $59,305 for the 2-door, and is effectively fully-loaded: heated leather seats, the beefy Badlands mechanicals, upgraded cabin tech and trim, and a modular hard-top. Ford only plans to make 3,500 of them, and they’ve all been snapped up.

For the moment, Ford is only taking $100 for each reservation. That’s fully-refundable, too, and will be until actual orders are placed in late 2020. The first deliveries – of which the 2021 Bronco First Edition will be, unsurprisingly, the first to arrive – are scheduled from spring 2021. 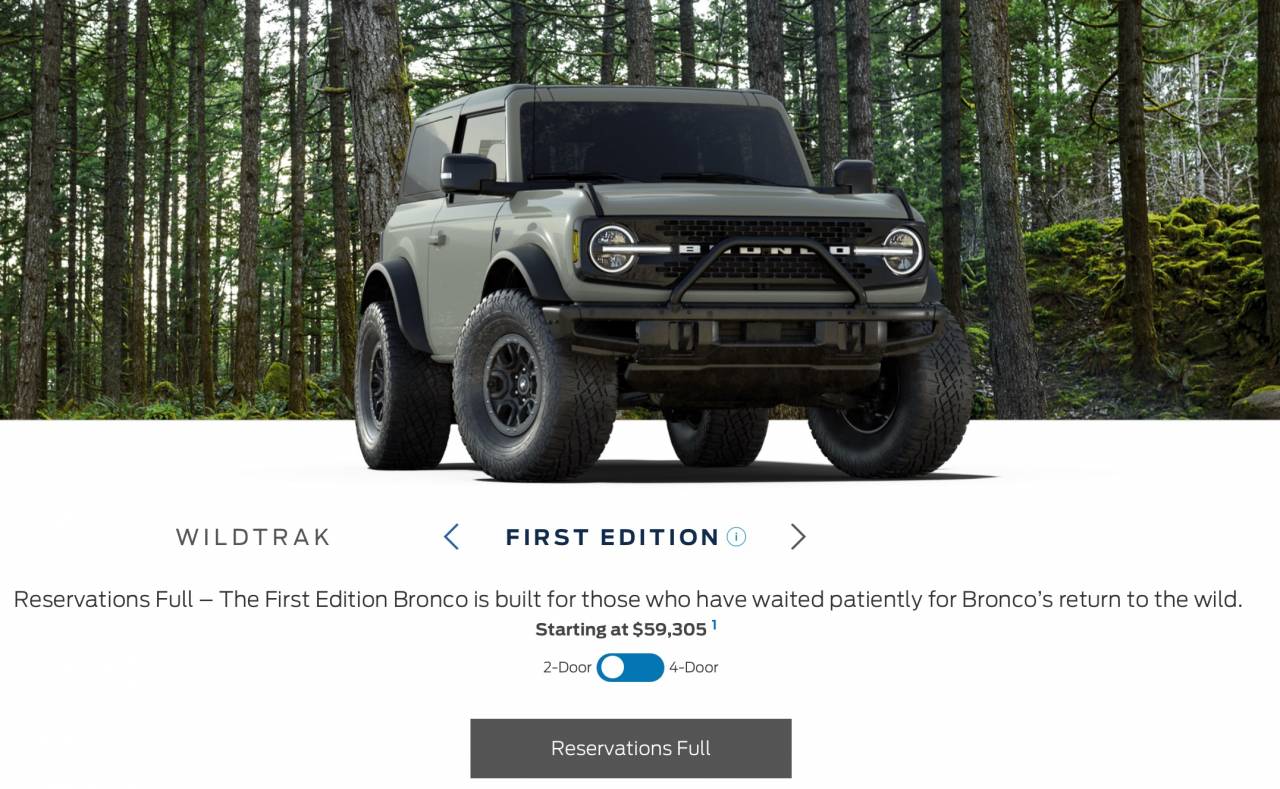 There are some sensible caveats that ford has put in place to try to avoid a few enterprising early buyers hogging all the cars and then reselling them for a profit. For a start, each person is only allowed to make two reservations per Ford account. The reservation itself cannot be transferred, either.

It’s not the first time we’ve seen Ford’s earliest version of a new model get snapped up in short order. Much the same thing happened late last year, when reservations for the Mustang Mach-E First Edition were opened. After ten days, a Ford spokesperson confirmed, all examples of the EV were spoken for.

Unlike with the Bronco First Edition, Ford wouldn’t be drawn on just how many Mustang Mach-E First Edition crossovers it planned to build, so we can’t really make any like-for-like comparisons when it comes to demand. Still, the fact that Ford is having to throttle the number of people that can access its Bronco reservation system suggests the pent-up interest in the iconic nameplate is definitely translating into a whole lot of curiosity post-reveal.