Ford Bronco Raptor confirmed and it’s time to get excited

The whispers of a feistier Bronco have been simmering since Ford rebooted the iconic brand, and now CEO Jim Farley has confirmed that there’s a Ford Bronco Raptor in the pipeline. It’s a further expansion of the Raptor branding, having become notorious for its application on Ford’s F-150.

That was back in model year 2010, though Ford then used the nameplate again on the second-generation Raptor from 2017. A 2021 F-150 Raptor launched earlier this year, giving the latest-generation of the pickup its own high-performance street-legal variant. 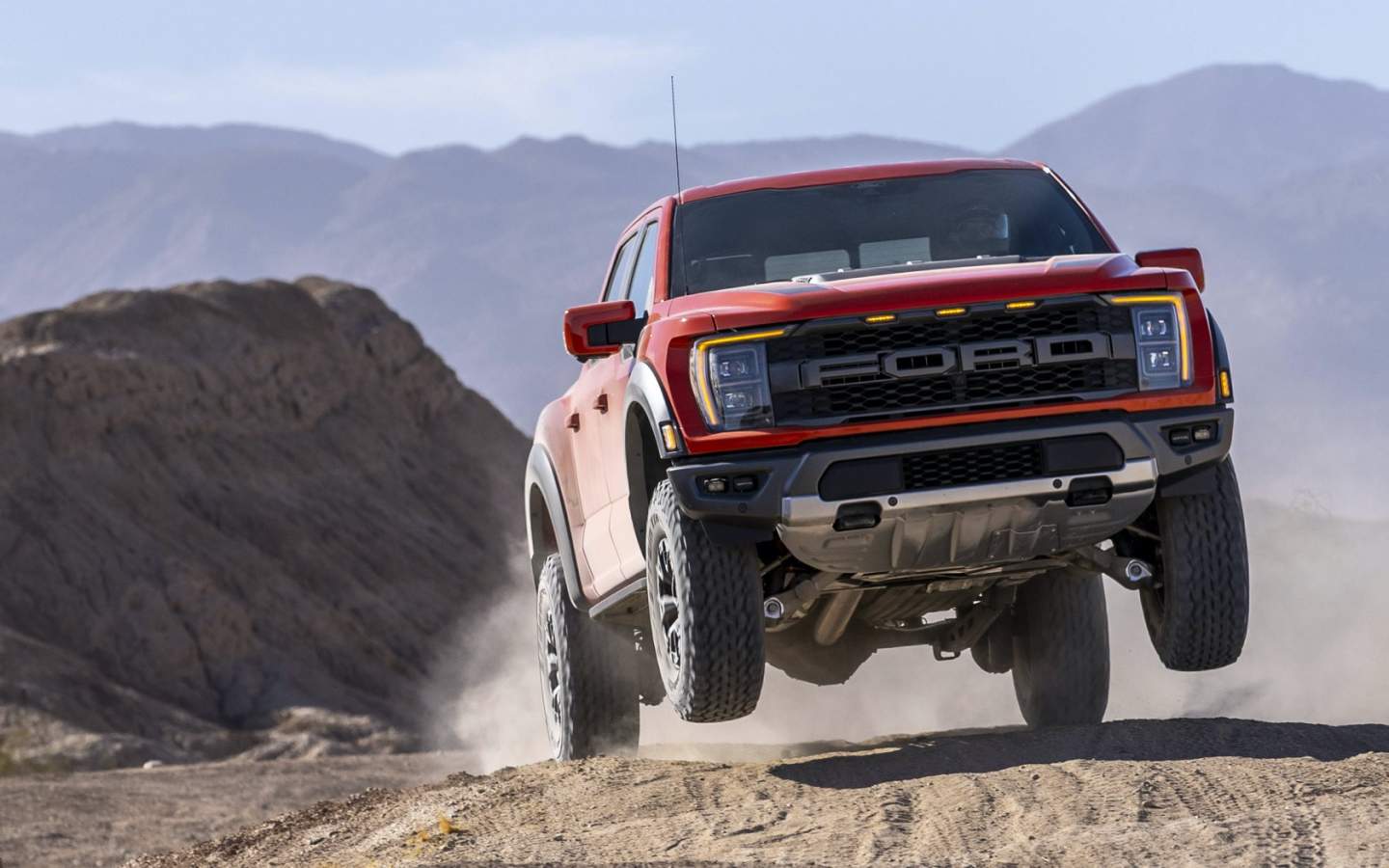 Since then, though, we’ve also seen the Raptor badge applied elsewhere. The Ford Ranger Raptor, for example, wasn’t quite as excessive as its F-150 counterpart, but still improved performance, added to the ride height, and widened the track. However, Ford opted not to launch the Ranger Raptor in the US, figuring that the overlap between it and the F-150 Raptor would be too great.

Today, Ford confirmed the first official details of the third Raptor variant. “Hold on to your butts,” CEO Jim Farley warned, announcing that the Bronco Raptor would be coming sometime in 2022.

Details are, unsurprisingly in short supply right now. What we can see from Ford’s brief teaser video is the first signs of a new body kit, certainly. That means wider wheel arch flares. 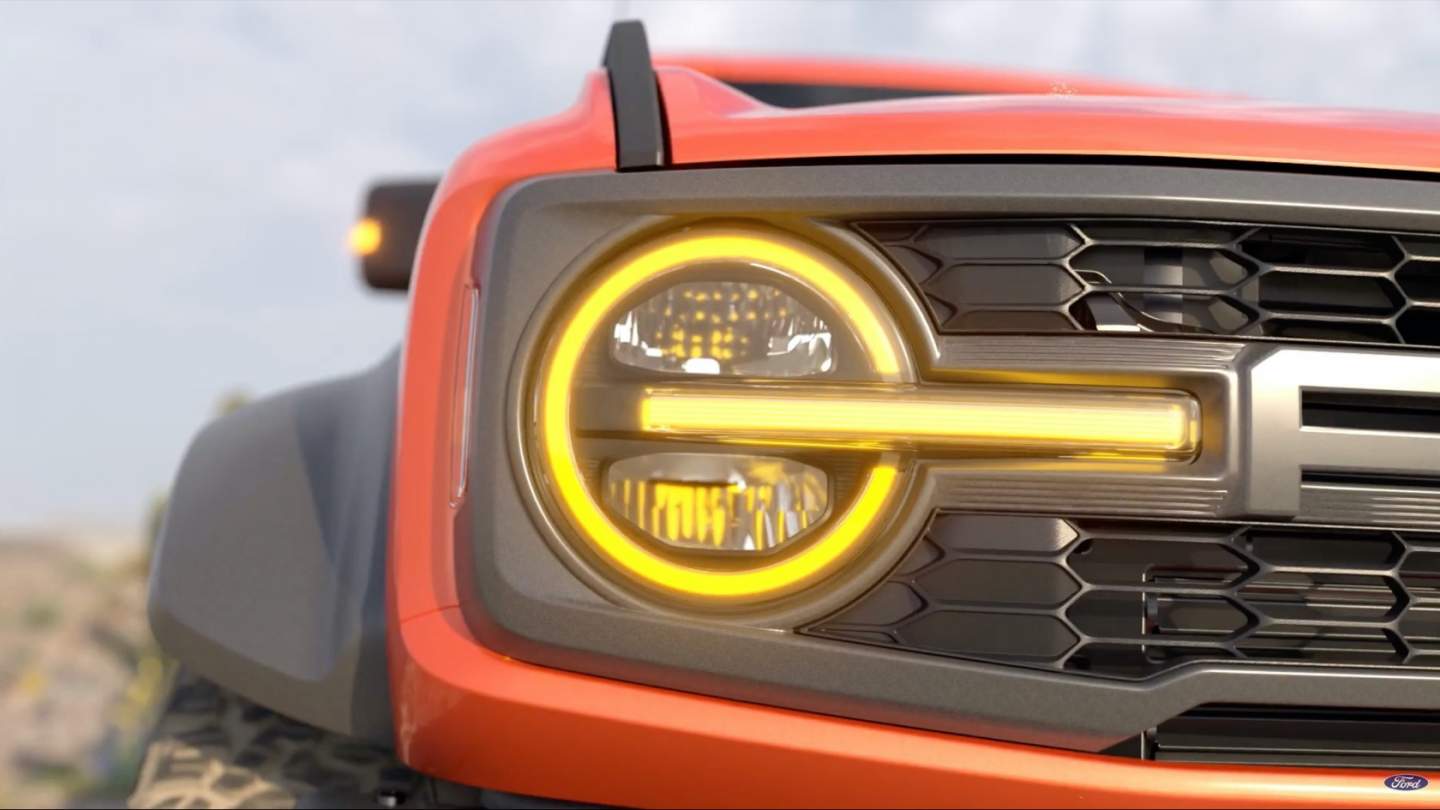 Rather than “BRONCO” badging across the front grille, meanwhile, the Raptor version will have a bold “FORD” molded in instead. Amber daytime running lights will keep the horizontal bar element.

What may be lurking under the hood remains to be seen. The 2021 F-150 Raptor, for instance, has a tuned version of the twin-turbo 3.5-liter EcoBoost engine, with 450 horsepower and 510 lb-ft of torque. An F-150 Raptor R with a V8 engine is in the pipeline, though.

Ford currently offers the 2021 Bronco with a choice of two engines: a 2.3-liter EcoBoost and a 2.7-liter EcoBoost. The Raptor version of the SUV could opt for a tuned version of those, or it might drop in a different engine altogether. 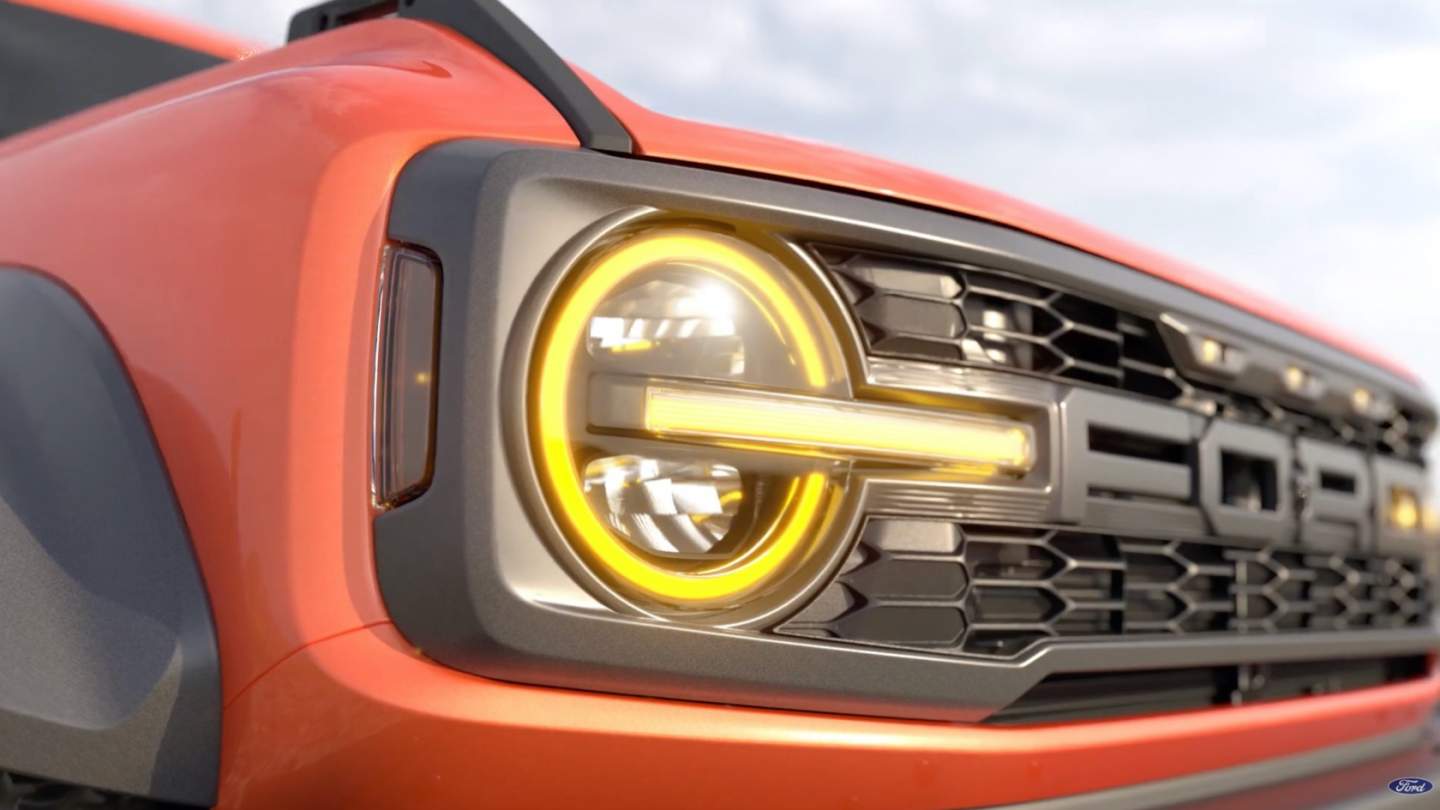 The 2022 Bronco Raptor will be one of what Ford teases is a number of special edition versions of the truck, as it tries to capitalize on interest in the nameplate. That comes amid challenges in Bronco production, which has seen Ford attempt to deal with issues with the removable hard top.

Ford blamed cosmetic problems that stem from its supplier for that, but the result has been a pause on deliveries and some delays. Those who ordered a 2021 Bronco with the body-colored hard top are now being informed that their car will be pushed back, into 2022. Those who have already received a Bronco with the hard top, meanwhile, will get a replacement in due course.