Watch Ford and Bosch’s garage where the cars park themselves

Ford is testing an automated parking garage that would allow vehicles to be sent off to park themselves, potentially paving the way to ease self-driving technologies into the mainstream. The system, which Ford co-developed with Bosch, allows Escape SUVs to navigate themselves through a specially-equipped parking structure, and then be remotely summoned again via an app.

It’s not the first time we’ve seen the technology. Back in 2017, Mercedes and Bosch began installing a similar system in a parking structure in Stuttgart, Germany. Located at the Mercedes-Benz museum, it was used for demonstrations of the automaker’s take on automated driving and vehicle-to-infrastructure communications.

Come mid-2019, Mercedes was ready to offer automated valet parking vehicles for hire, though again still only really as a proof of concept more than a commercial service.

Ford’s approach is similar. It outfitted the Bedrock Assembly Garage in Detroit, MI, with the Bosch smart infrastructure system, which communicates via V2I with the Escape SUVs. The sensors built into the garage recognize and localize the vehicle, and help navigate it to an empty space.

However they also track the location of pedestrians and other potential hazards, such as cars being manually parked by human drivers. If something is in in the Escape’s way when the automated parking system is active, it stops the car. 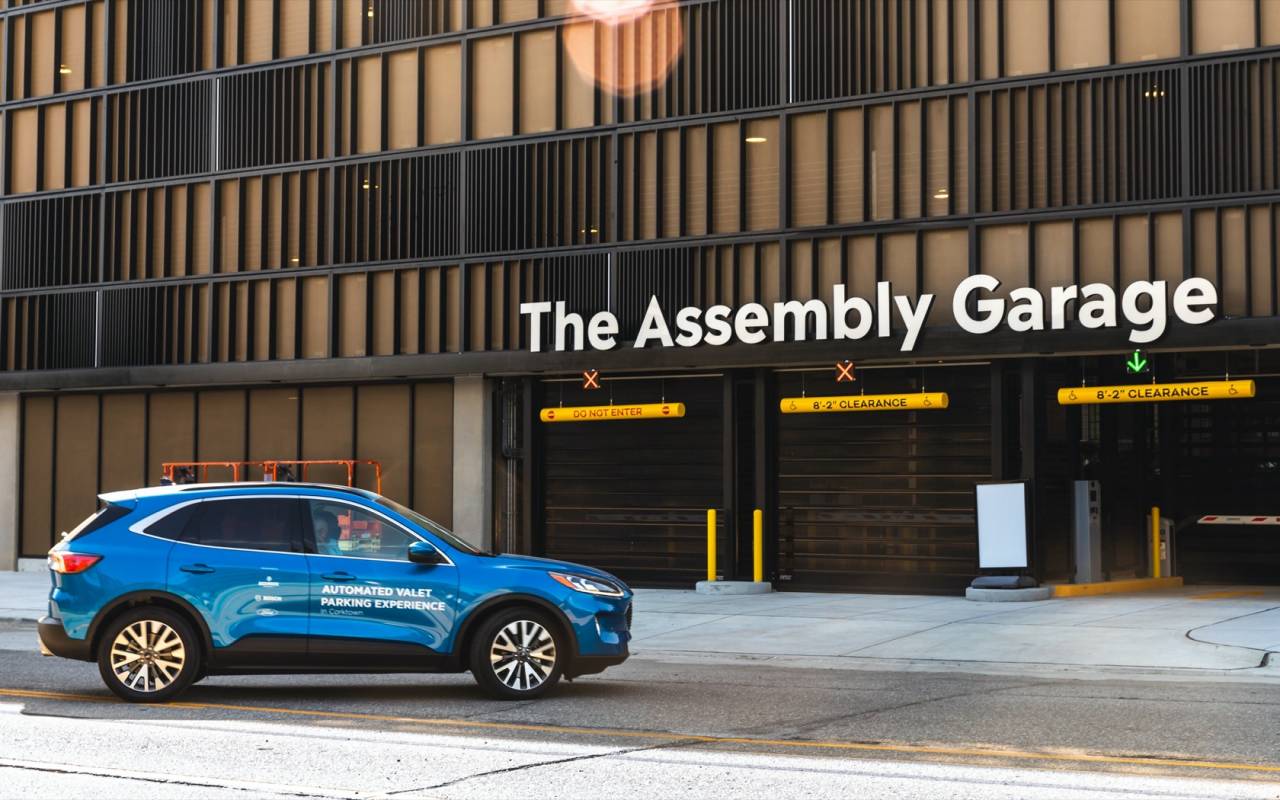 Actually using the system is fairly straightforward, at least as Bosch and Ford envisage it. The driver leaves their vehicle in the designated area at the entrance of the parking structure, and then uses the app to dispatch it to an available space. When they return, they use the app to request it back, and the car and garage work together to navigate the vehicle back to the collection point.

While autonomous vehicles aren’t uncommon, at least in pre-production and research states, today, what this automated valet parking system illustrates is how useful V2I could be. For a start, much of the technology is embedded in the parking garage and not the vehicle. Ford can use existing driver assistance systems, many of which fall under its Ford Co-Pilot360 umbrella which typically includes adaptive cruise control and lane-keeping, to handle things like steering, braking, the transmission, and even the indicators, and leave the primary modifications to the building. 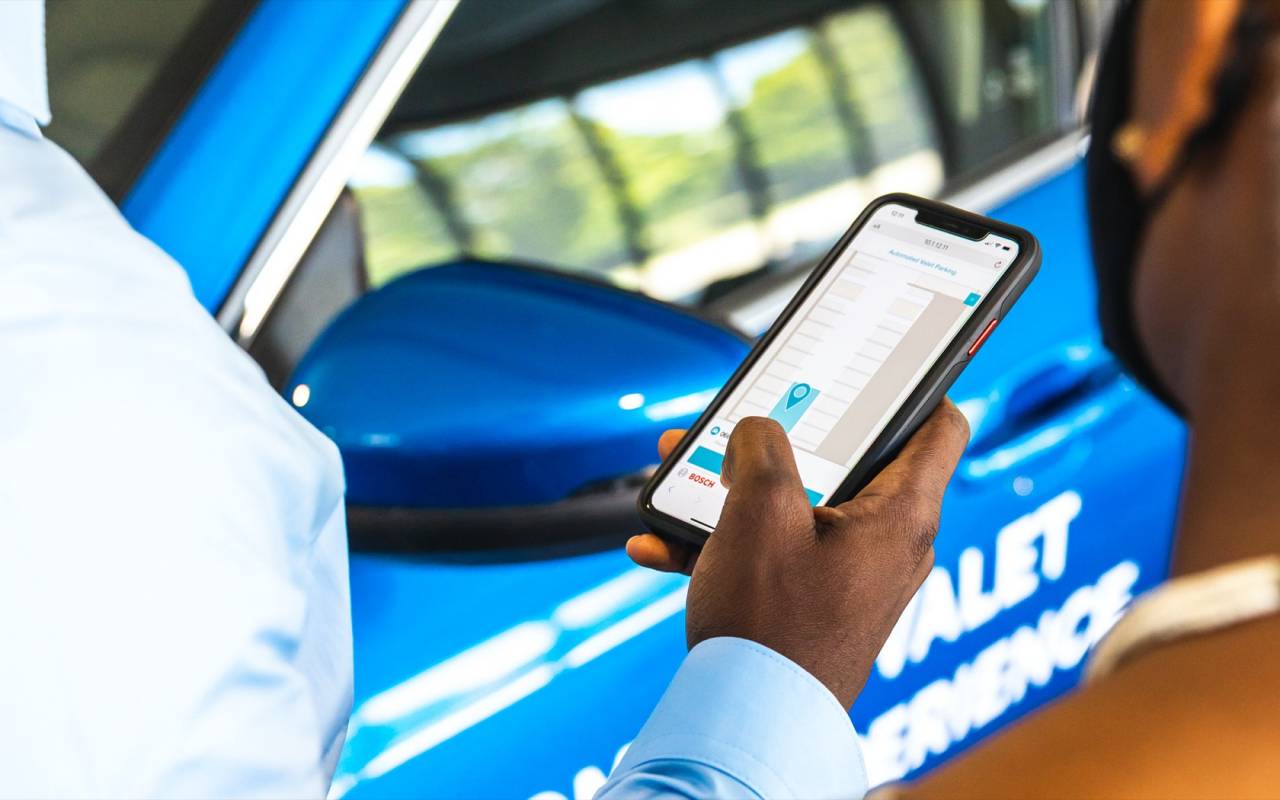 Those modifications can be retrofitted, as was the case here, or embedded in the structure from the point of construction. To sweeten the deal, there’s the promise of much more efficient use of space. Since parking areas for automated valets wouldn’t need room for pedestrians to navigate through them, they could occupy up to 20-percent more vehicles in the same amount of space.

Meanwhile, Ford and Bosch are also looking at how the same technology could be used for other convenience features. One possibility is that the vehicle could drive itself to other areas in the garage for specific needs, such as washing or electric car charging. 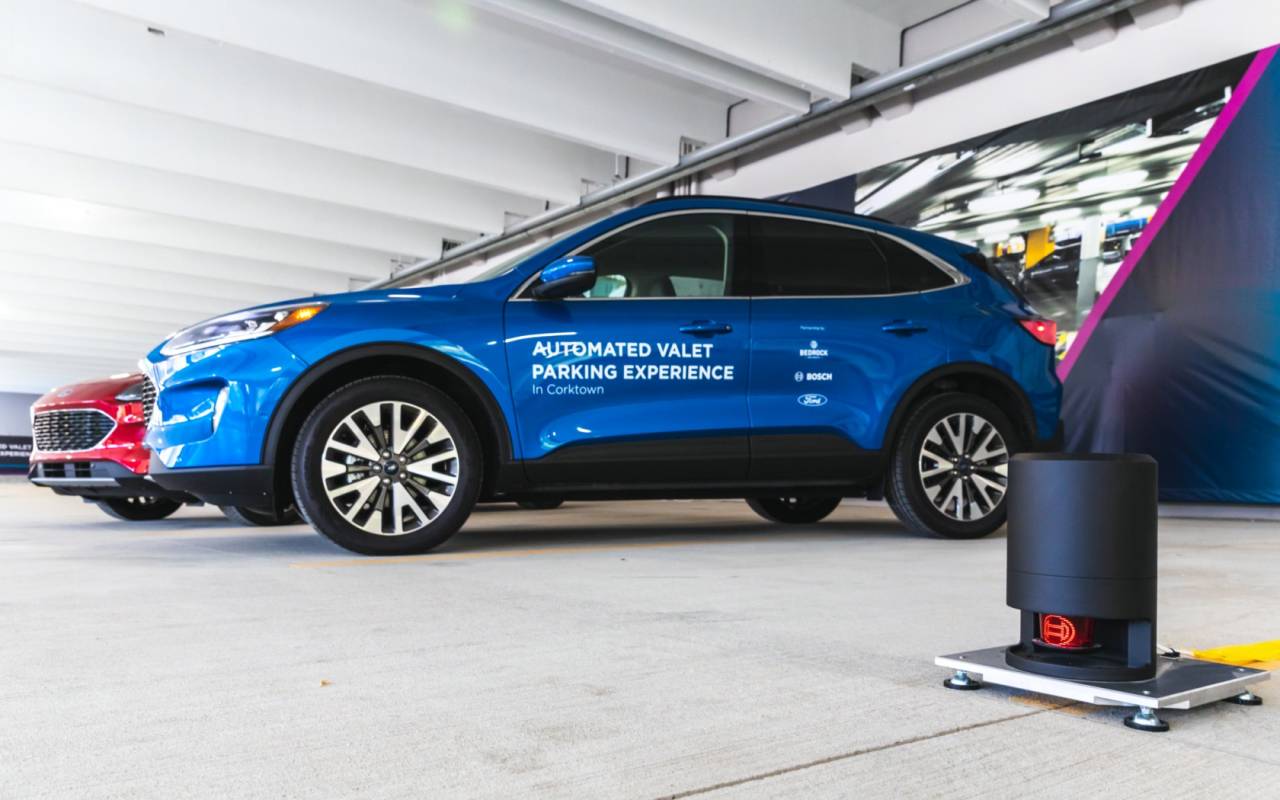 Clearly this is all a long way from vehicles being able to drive themselves on every road, in every condition. There, Ford’s ambitions are much more conservative, kicking off with the Level 2 hands-free Active Drive Assist which will be offered on the new Mustang Mach-E EV crossover and the new F-150 pickup truck.

Nonetheless it’s an example of how more advanced autonomous driving could be gradually introduced in controlled environments. Ford hasn’t confirmed whether it plans to expand the trial, but it does say that it’s always looking for ways to add to Co-Pilot360’s functionality.