Ford has released the hounds into its factories, setting two Boston Dynamics Spot robots loose to survey its Van Dyke Transmission Plant. Part of the robot-maker’s newly-expanded lease program, Ford’s goal with the two quadrupeds is to create a 3D digital scan of the facility that’s both faster and cheaper than the old method.

Clearly, Ford is no stranger to robotics, and neither are the employees at the company’s production lines. However Spot and Fluffy – the two Boston Dynamics robots on-site – are taking full advantage of their freedom to roam around the factory floor, unlike the usually-fixed arms that help build cars. 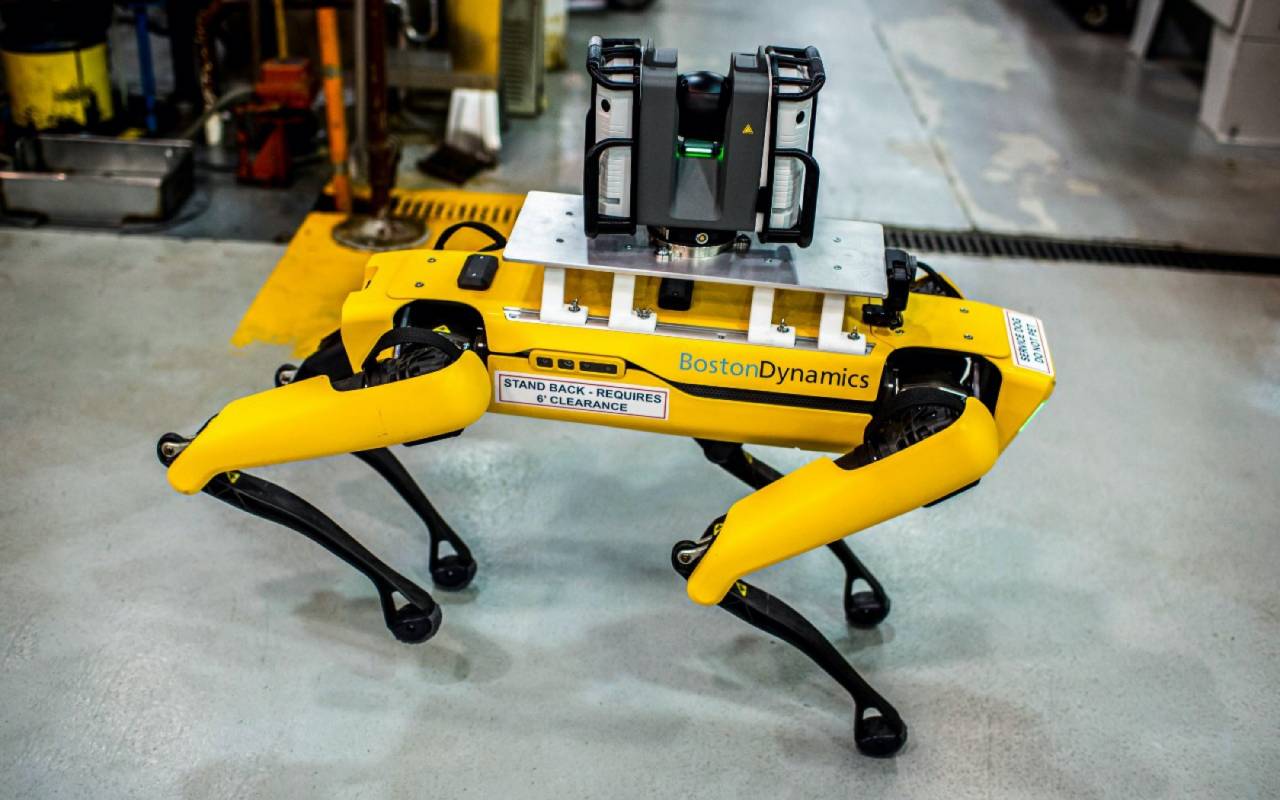 Digital engineering models of Ford facilities are used as the automaker retools its plants for different purposes. It’s a necessary evil, explains Mark Goderis, Ford’s digital engineering manager, because “over the years, changes are made that rarely get documented.” Ford usually then sends a human team out with tripods and laser scanners to gather data for the new 3D model.

That typically took around two weeks per plant, and cost almost $300,000. Spot and Fluffy, however, have built-in laser scanners among their array of sensors – including five cameras – and can be preprogrammed with a route and a task list to complete. Operator Paula Weibelhaus loads up their jobs from a tablet, and then can remotely check in on what the robots are seeing through their cameras. 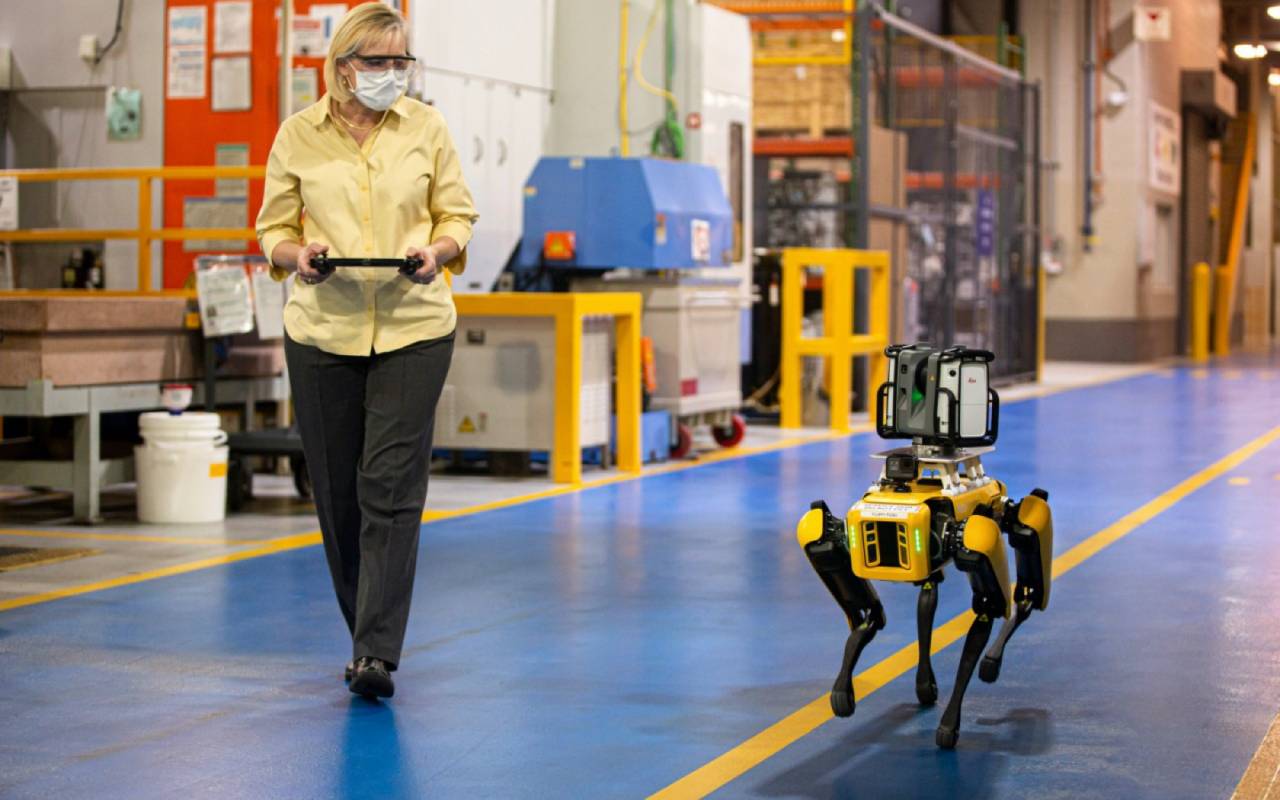 Each Spot robot has around two hours of battery, but Ford has a way to conserve that too. An Autonomous Mobile Robot – known as Scouter – acts as a transport shuttle for the dog, moving it around from job-site to job-site. As it goes, Scouter has its own 3D sensors that can also be used to gather data. 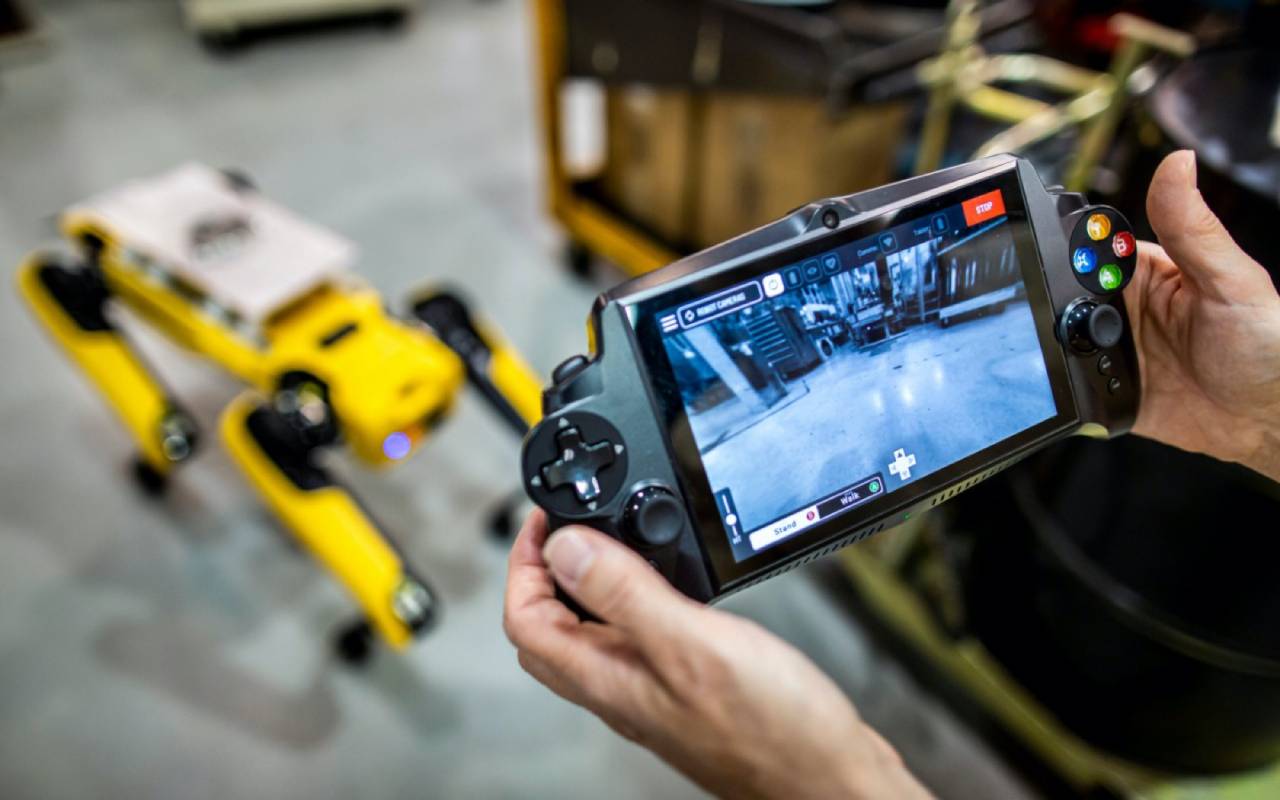 Tighter locations, where space would be constrained for human workers, are easier for the robots to navigate through. Each dog can walk, amble, or switch to a speed specially intended for dealing with stairs; they can also crouch down or stretch up, to investigate out of the way places. A safe distance boundary has been programmed to keep them – and others – out of potential harm’s way. 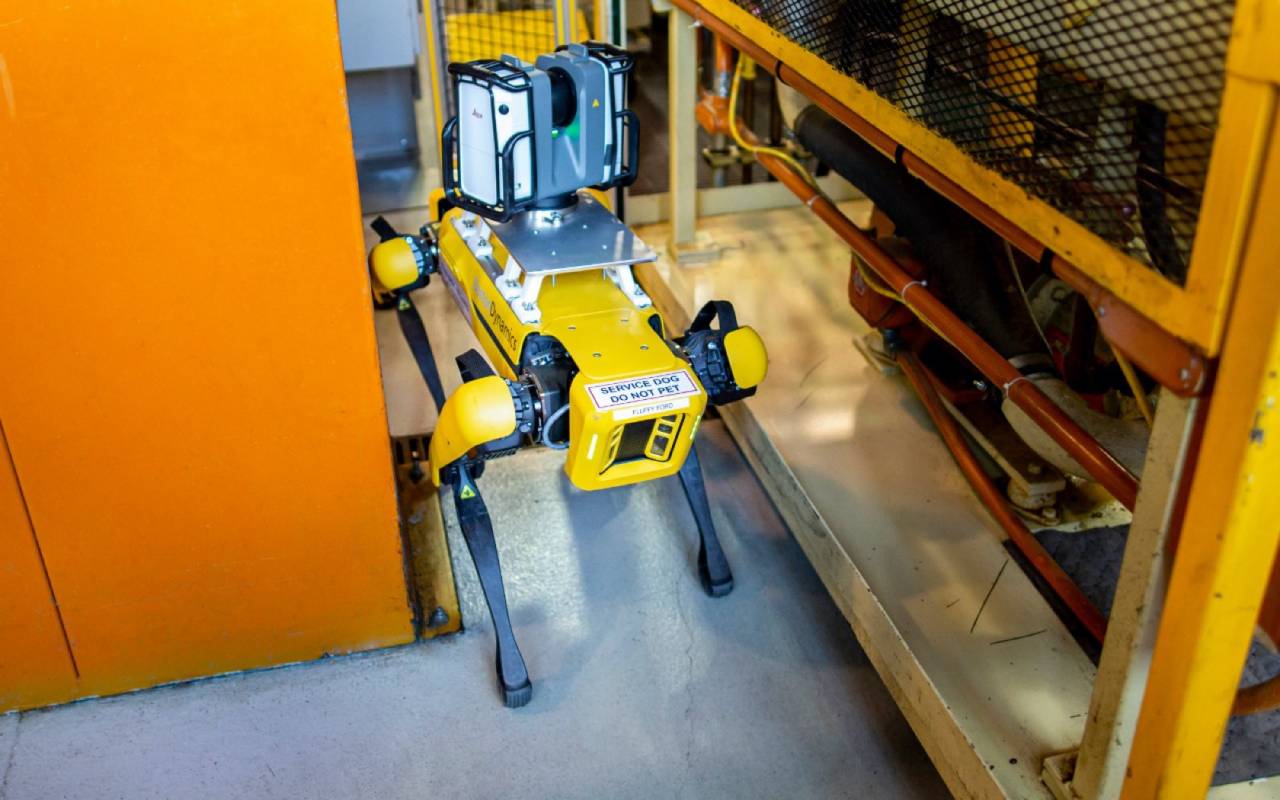 The upshot is a faster survey, done in about half the time it used to, and for what Ford says is a fraction of the old cost. Assuming things go to plan, the automaker hopes to have remote programming support so that someone across the country could load Spot up with a plant mission and set them loose from afar. 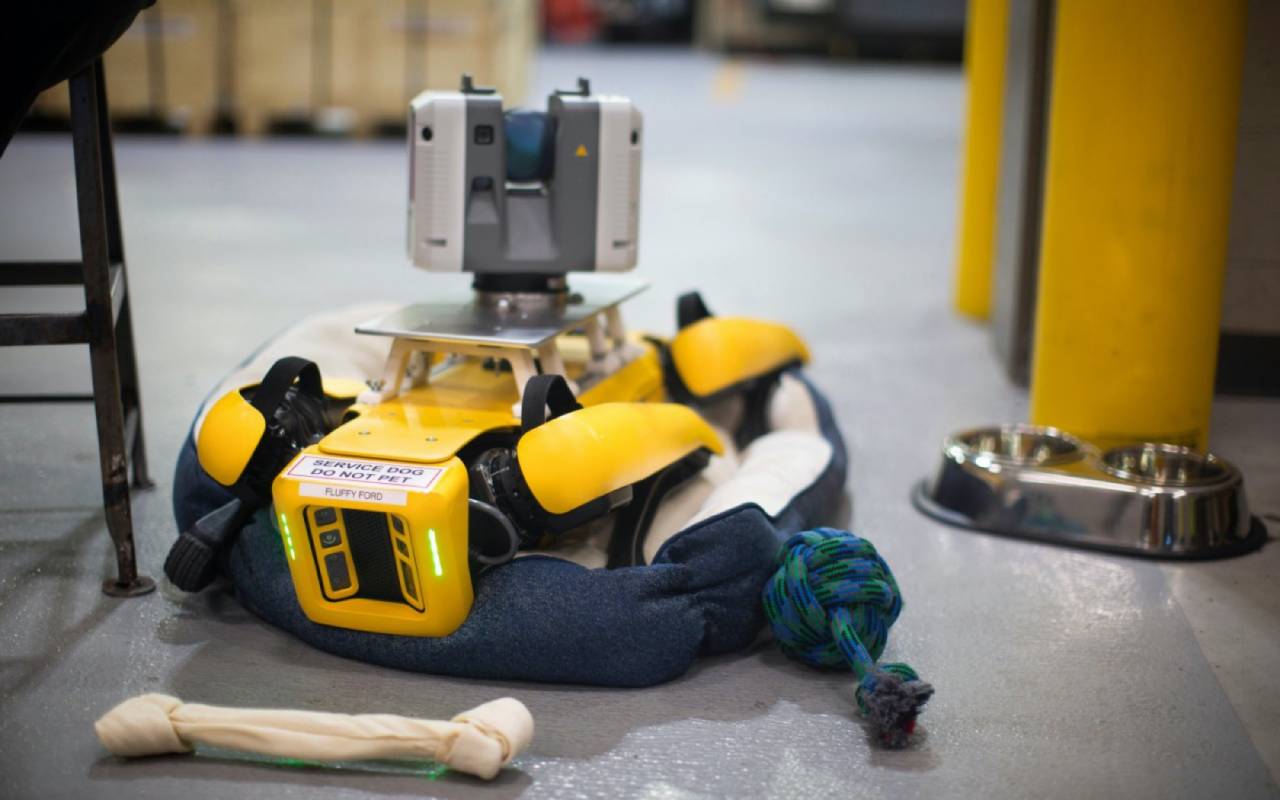 Boston Dynamics launched its early-adopter program in September 2019, with around 150 robots deployed at places as varied as NASA’s Jet Propulsion Lab through to Cirque du Soleil. That’s now been expanded, with Spot being offered both for sale at $75k more broadly, or under a lease program.