For scholarship students at WWDC, Swift is mandatory

Swift is Apple’s new programming language that I (and clearly plenty of others) am extremely excited about. Nimble, quick, and increasingly powerful with every iteration, Swift is quickly (swiftly?) becoming the iOS language of choice. At WWDC this year, Apple is also making it requisite. Though propped up as a ‘language for a later time’ by many, Apple is forcing learners to pick it up yesterday. If you’re a student interested in going to WWDC on a scholarship, you have to know Swift.

In Apple’s WWDC scholarship application guidelines, things get real for Swift in 2015 (emphasis mine):

To be considered for a WWDC 2015 Scholarship, build and submit an app that showcases your creativity and technical skills. Your Mac app or iOS app must be written in Objective-C and Swift, or written entirely in Swift. 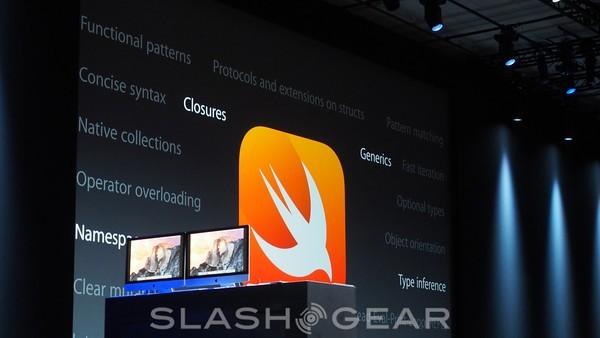 Though not perfect (hence the Objective-C and Swift fallback), Swift is coming along nicely. Over time, Apple has made some really handy improvements to Swift, and the ease of use has given iOS new life. Swift is also a clever way for Apple to dust off libraries and APIs anew for use in fresh ways, and one year in (Swift was announced at WWDC last year), Apple is making it standard fare.

If you’re interested in a Scholarship, you have until April 26 at 5:00pm PDT to apply, with submissions being accepted from April 22 at 10:00am PDT. If you’ve not yet picked Swift up, I suggest Ray Wenderlich and his team to get you started on the right path.