There’s no question that Nintendo is in a bad spot as far as the platform wars are concerned. While the 3DS may be selling well, the Wii U is a failure in nearly every regard – the games may be great, but that’s a small consolation if no one is buying consoles to play them. With the Nintendo NX seemingly around the corner, Nintendo has an opportunity to redefine itself and show why this console is a must-buy even if you have a more powerful system or PC. There’s no way around it: Nintendo needs to win back some of the players that made the company a household name, so with that in mind, here are five things Nintendo can do with NX to win back old-school NES fans.

Those who read my article on why Nintendo should exit the console business will remember that I said I don’t own any current gen consoles aside from the Wii U. That recently changed, as I decided to take advantage of some promotions and pick up an Xbox One bundle with Forza Horizon 3. I’m definitely enjoying it thus far, but there are a few things that are deeply troubling to someone who has shunned the Xbox and PlayStation brands over the past few years in favor of PC gaming and Nintendo.

The most alarming thing is that I spent the majority of my first night with my Xbox One installing games instead of playing them. Plug and play functionality has always been a major advantage of consoles over PC, but that seems to be disappearing quickly, unless you happen to playing a Nintendo console – neither the Wii U nor the 3DS require you to install a game before you can play it. Nintendo should do everything it can to keep it this way with the launch of the NX. 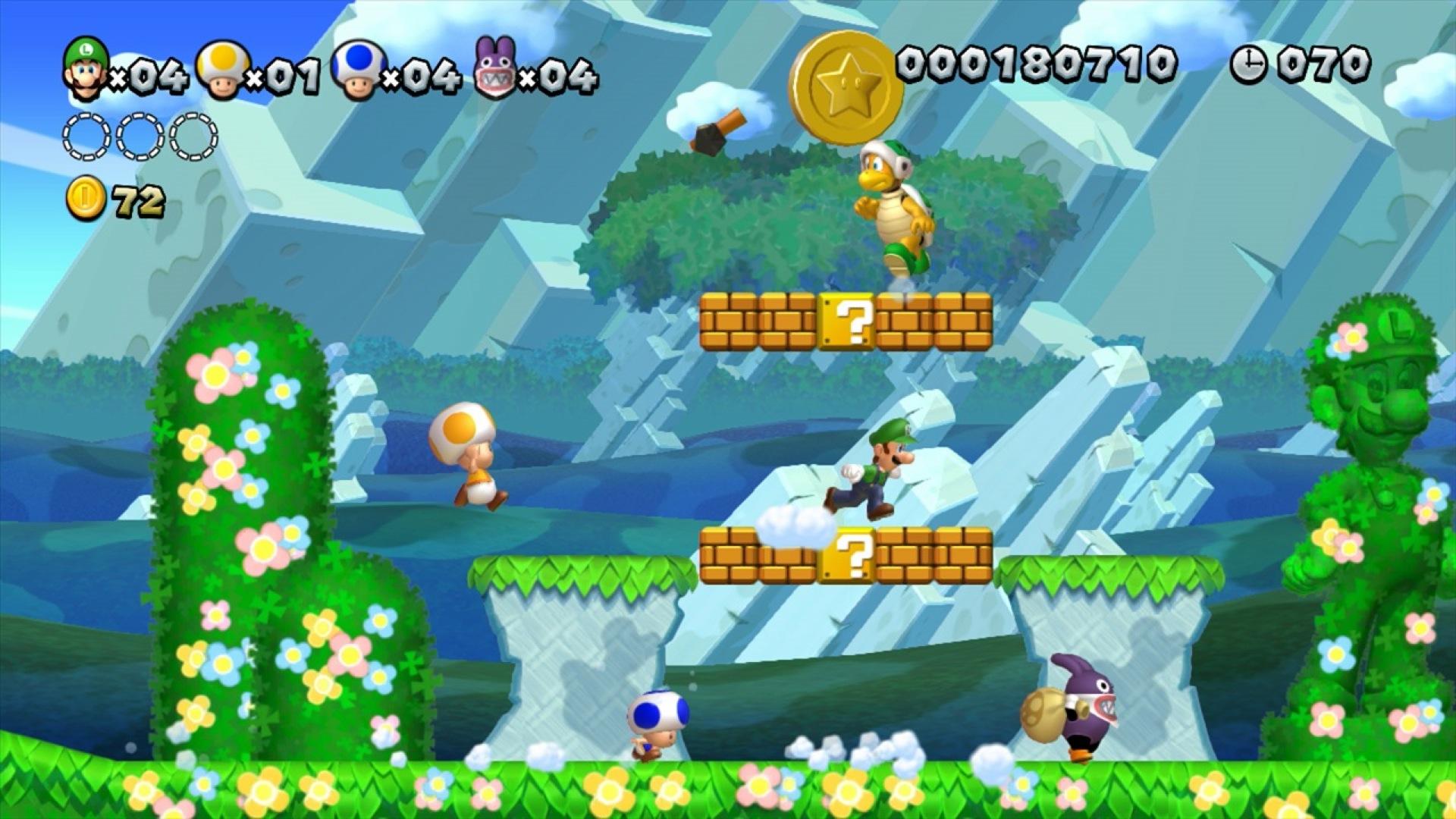 Luckily, a lot of rumors suggest that Nintendo will opt for cartridges with its next console, and I think this is a great move. After all, cartridges are the basis of that plug and play functionality that we had back in the Master System and NES days. I truly feel like a decision to go with cartridges would be a big benefit to Nintendo – they last longer than discs and they load much faster. Of course, Nintendo would have to do its part in showing the consumer the benefits to cartridges, but if the company is determined to shift its marketing approach like it claims it is, that shouldn’t be a problem.

Long story short: the first few hours with my Xbox One were marked by me wondering why I didn’t just stick with PC. If Nintendo can attempt to recapture what made the NES so great in terms of plug and play functionality, it could have a winner on its hands with the NX.

Nintendo is unquestionably a creature of habit. Sure, we can look at the Wii U and original Wii as instances where the company went out on a limb and took a risk, but for the most part, Nintendo’s games are as formulaic as you can get.

That isn’t necessarily a bad thing – I’ve long said that Nintendo makes better games than anyone else, and I will absolutely stand by that. However, sometimes knowing what to expect going in can be a bit of a downer. I’m always excited for a new Zelda game, but I also more or less know what kind of experience is waiting for me. I feel that if Nintendo threw me a few curve balls along the way, the experience would be much more memorable. 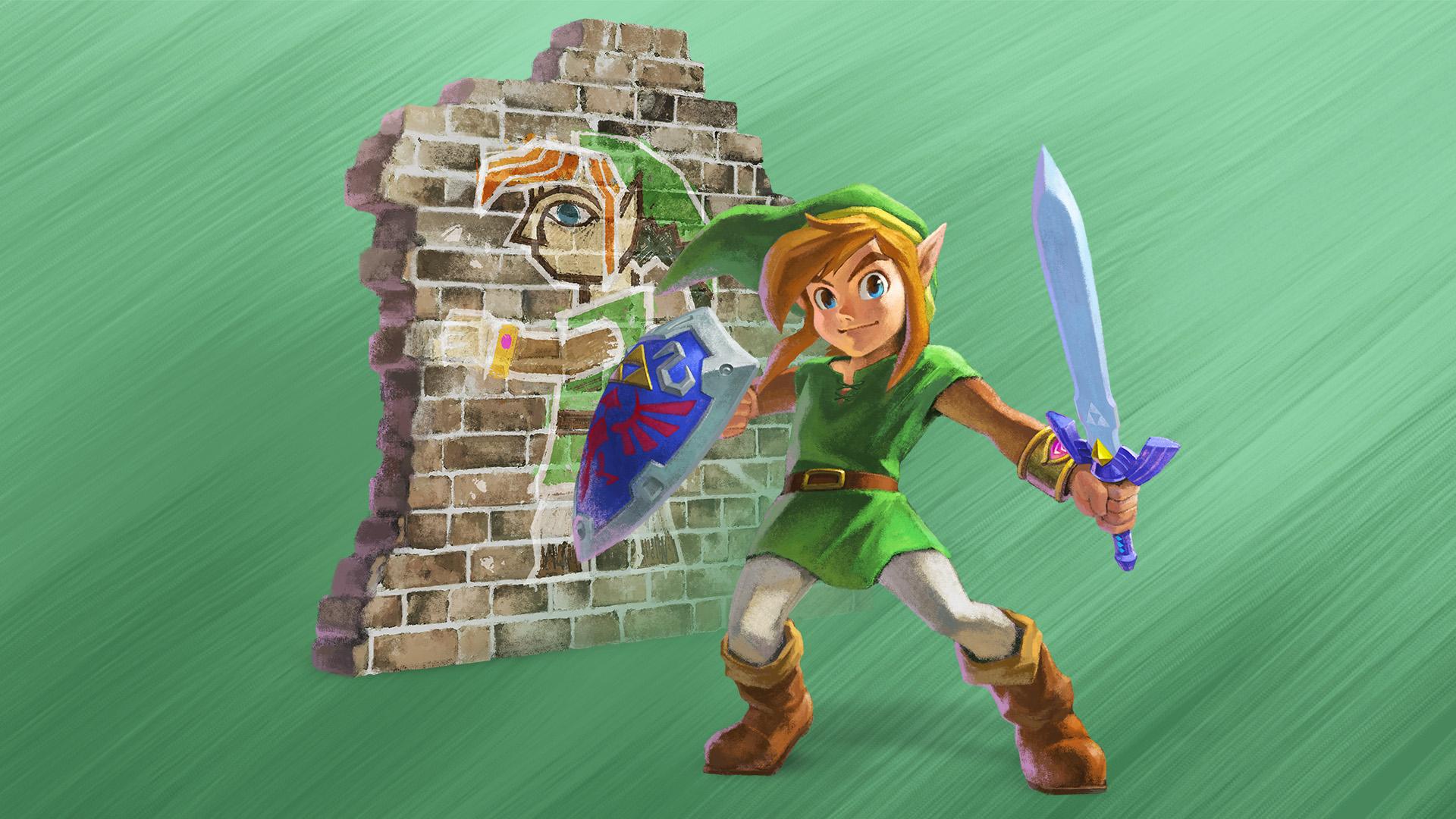 Also – don’t get me wrong – we’ve seen hints of risk-taking throughout the years. FLUDD in Mario Sunshine, the gravity mechanics in Super Mario Galaxy, and the weapon rental system in The Legend of Zelda: A Link Between Worlds all come to mind. Those risks, however, were all highly calculated, and accompanied by core gameplay and progression that was essentially the same.

By their very nature, the games on the NES were one risk after another. Those risks led to some excellent titles that continue to define the gaming world even here in 2016. I would love to see Nintendo attempt to shake things up on a deeper level with the NX. Nintendo has enough cash in its coffers that a risk which fails to pan out wouldn’t cause much of a dent, and you never know: that risk could lead to the next Mario 64. Of course, not all risks are created equal, which brings to me to my next point…

3. … But pull the plug if that risk doesn’t work

Look, Paper Mario: The Thousand Year Door is widely considered to be one of the best GameCube games in existence, and though Super Paper Mario was a fun little diversion, Nintendo seems to be making fairly radical departures for unclear reasons. Sticker Star isn’t a terrible game, but it isn’t Paper Mario, and the upcoming Color Splash seems to continue this trend of departures from tried and true mechanics. Sticker Star, in my opinion, should have been the beginning and the end of Paper Mario‘s experimental phase. 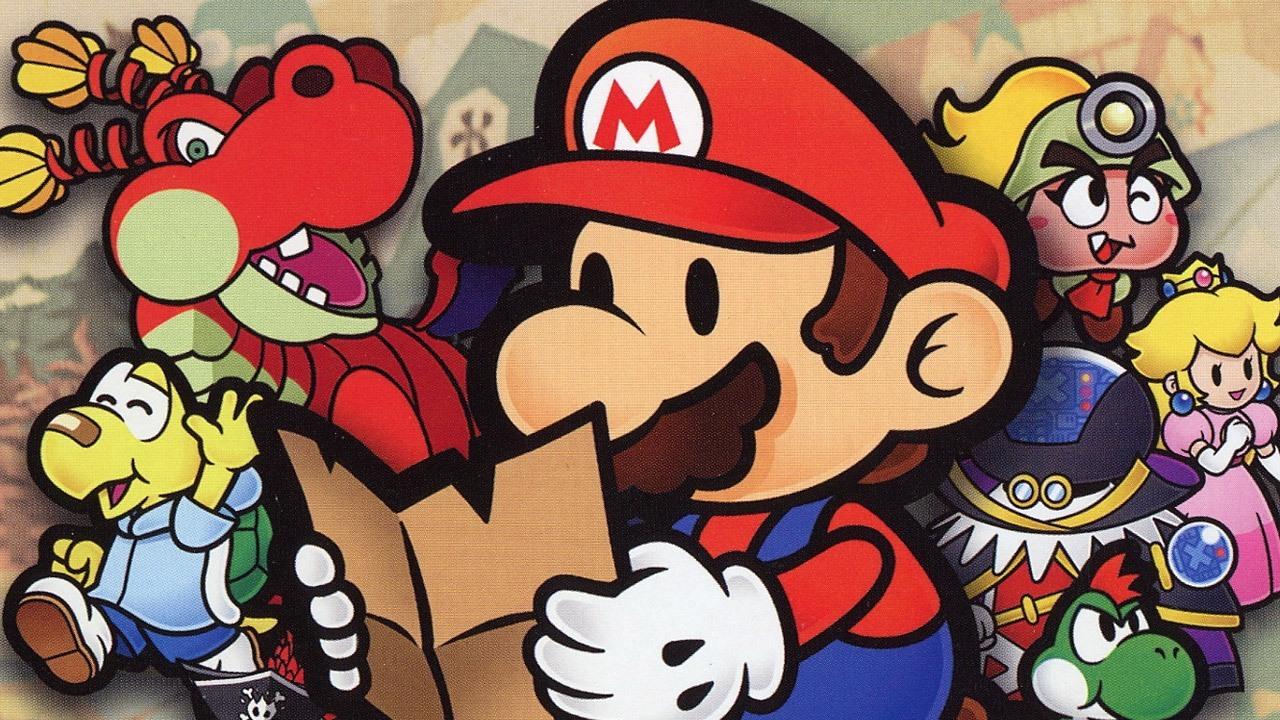 The same goes for Metroid and Star Fox. When was the last time we got an actual Metroid game? Don’t get me wrong, Metroid Prime is a wonderful series, but Metroid: Other M and Metroid Prime: Federation Force definitely miss the mark when it comes to what fans of classic Metroid are looking for. Metroid Fusion and Metroid: Zero Mission were so good, Nintendo. Why can’t you do more of that?

And Star Fox. Poor Star Fox. Fans have been patiently waiting for a proper follow up to Star Fox 64 for decades at this point, and whoever is making the Star Fox-centric decisions over at Nintendo HQ needs to ease up a bit. Star Fox doesn’t need innovation; it was perfect the way it was, yet Nintendo can’t seem to see the forest for the trees here. We keep seeing Nintendo try these daring new things with the Star Fox franchise, when really the only thing we want is the Star Fox we fell in love with. 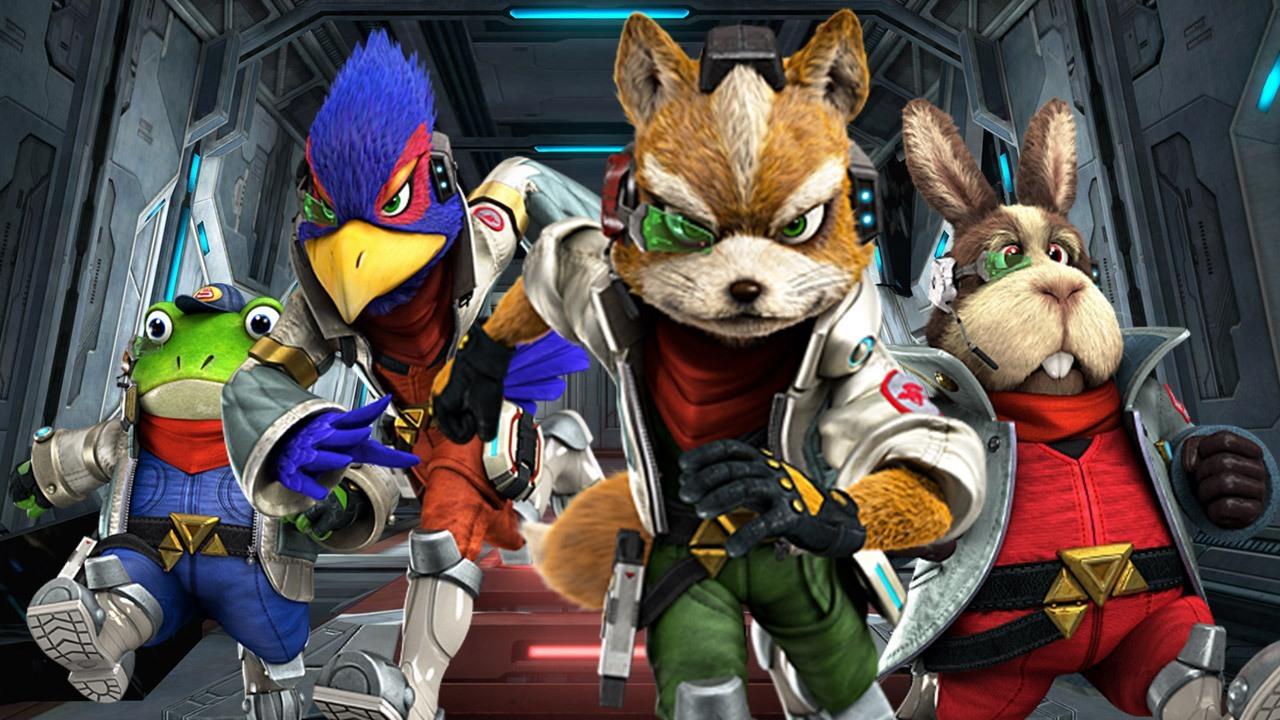 The point is that shaking things up in the hope of striking gold is worthless. If that statement seems to be at odds with my previous entry on this list, then I have two things to say to you: first, thank you for paying close attention, and second, allow me to elaborate.

There is no shame in trying something new because you honestly believe it will improve the experience, failing to hit the mark, and admitting that the old way was better. There is shame, however, in endlessly trying new things while failing to recognize what made the old way so great. Nintendo needs to learn this. FLUDD works because it’s a new, well-developed mechanic within a framework that’s familiar and successful. Star Fox Adventures doesn’t work because it rewrites the successful framework that already existed for the sake of making improvements that weren’t necessary in the first place. See what I mean?

When was the last time we saw the Ice Climbers outside of Super Smash Bros? Is Kid Icarus really getting the attention it deserves as a franchise? You already know how I feel about Metroid and Star Fox. 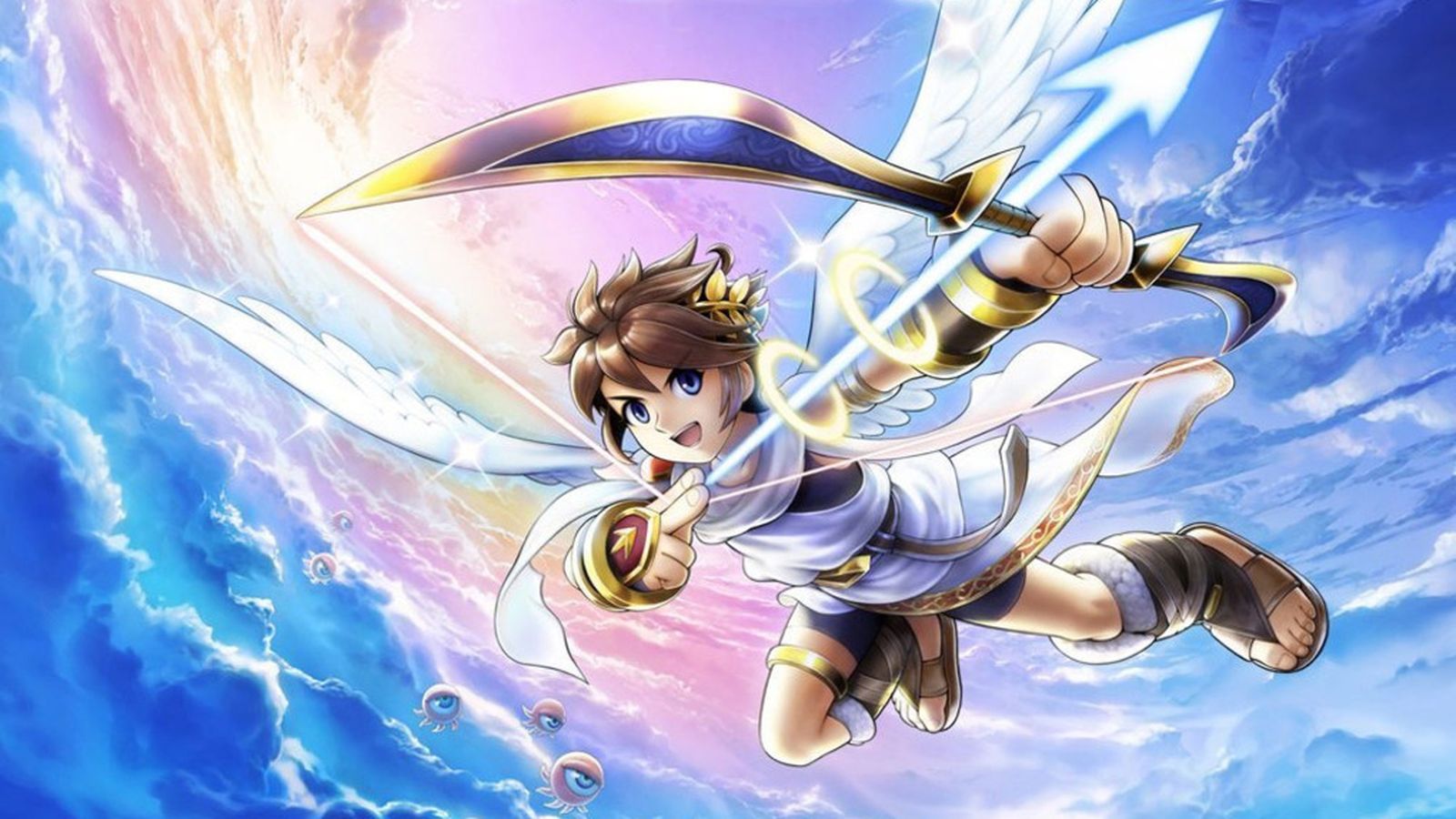 These franchises (with the exception of Star Fox) helped make the NES the trailblazer it was. It would be great to see Nintendo revisit the core of these franchises and bring those experiences to the NX. We’ve seen releases from classic franchises in recent years, but it seems that most of those have been on handhelds. Nintendo needs to enlist these older franchises as games for its next flagship console.

It would also help draw in people who fondly remember the heyday of the NES. Nintendo has a wealth of classic franchises it could reinvigorate for its new console. No frills, no shiny twists that no one asked for. Just the gameplay that made these franchises classics updated for the modern day.

5. Drop the Wii brand entirely and market the NX as a return to form for Nintendo

The Wii did spectacular things for Nintendo, but the fact that the Wii U failed means that the power behind that branding is long gone.

With that said, I will lose my mind if the NX is revealed as a console that has any relation to the Wii brand.

Yes, the Wii made Nintendo a ton of money. It attracted a bunch of people to the Nintendo brand, and it helped make Nintendo a household name again. However, the fact that Wii U is barely north of 13 million consoles sold five years after release means that many of those who bought a Wii have abandoned Nintendo. It’s time to get back to the core players, the ones who made Nintendo popular in the first place.

If that means adopting the Nintendo Entertainment System name again, go for it. Call it the Mega NES or the Ultra NES. Just stay as far away from the Wii brand as possible. 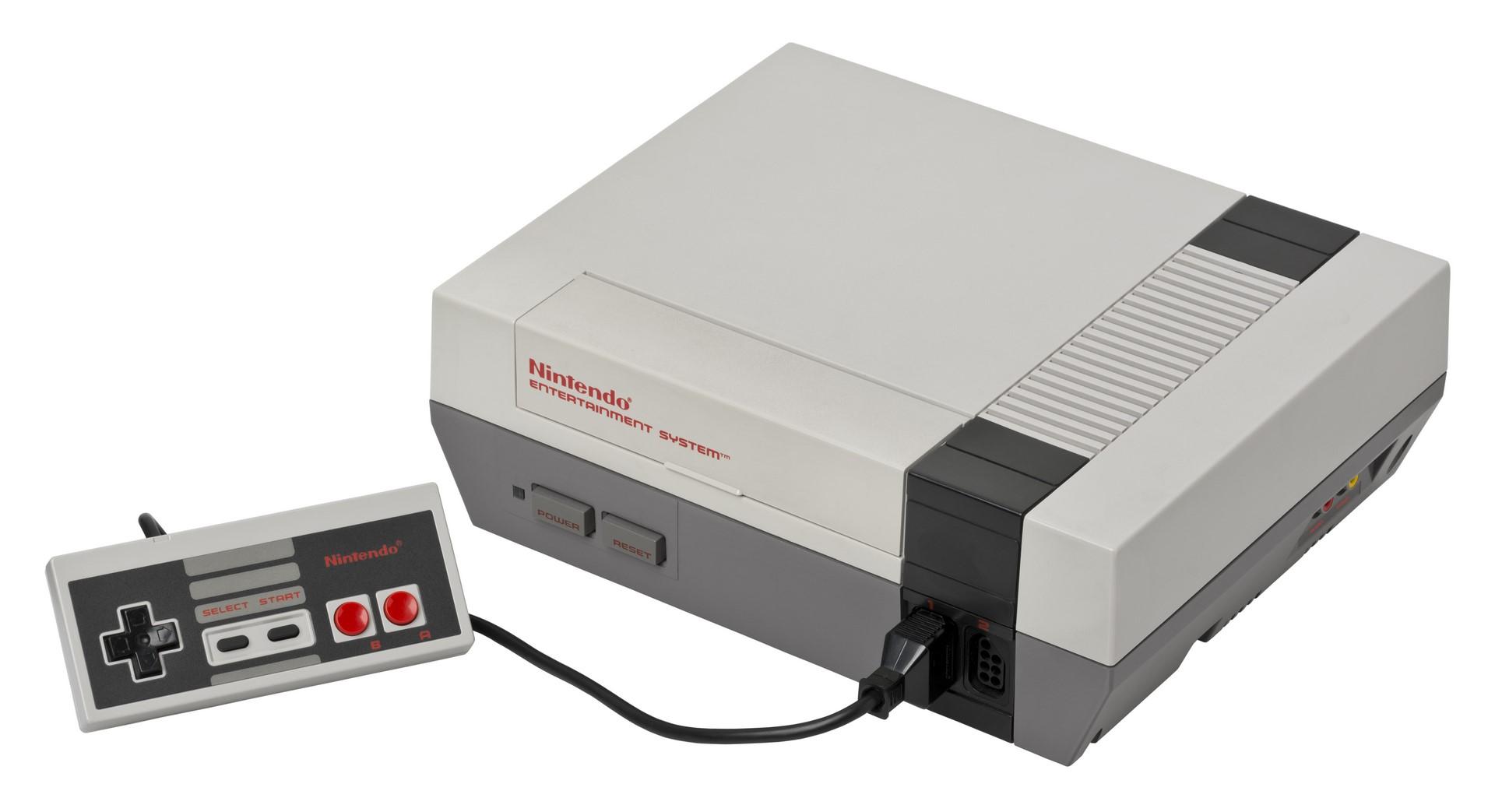 A good console doesn’t need gimmicks to succeed. Microsoft learned this the hard way with the reaction to the announcement that the Kinect would be a pack in with the Xbox One, and Nintendo did as well when its Wii U, weird tablet-shaped controller and all. We want good games and the power to run them. That’s all we need, and if Nintendo could get back to that, it will have an easier time succeeding in a market where its competitors aren’t pulling any punches.

Show me that I’m playing with power again. Show me that you’re going to take your classic franchises and give them the encore they deserve after so many years of experimentation or straight up dormancy. Show me that you’re moving beyond hardware gimmicks and show me a console that’s going to give me a gaming experience I can’t find anywhere else. Then you will succeed.