Fiat Chrysler is testing new hybrid Jeep prototypes that can automatically switch into electric-only mode within urban areas, aiming to reduce pollution in cities. The system, installed on new Jeep Renegade 4xe SUVs, not only relies on vehicle-to-infrastructure (V2I) technology to intelligently change drive modes, but can also notify the city if the driver overrides that change.

Most hybrid vehicles offer an EV-only mode which can be manually switched to, and which uses battery power alone. The exact range and functionality of such a mode typically varies, according to factors like battery size; some hybrids will automatically run the gas engine over a certain speed as well. However the decision to switch modes is typically made by the driver themselves.

A variation on that has been offered by a number of automakers in recent years, as smarter navigation systems are used for more intelligent hybrid operation. Several plug-in hybrids can analyze a route generated by the onboard navigation system and then control the various drive modes according to the type of area the car will be used in. That way, for example, a hybrid might use gas power on the highway, and reserve battery charge for a portion of urban driving. 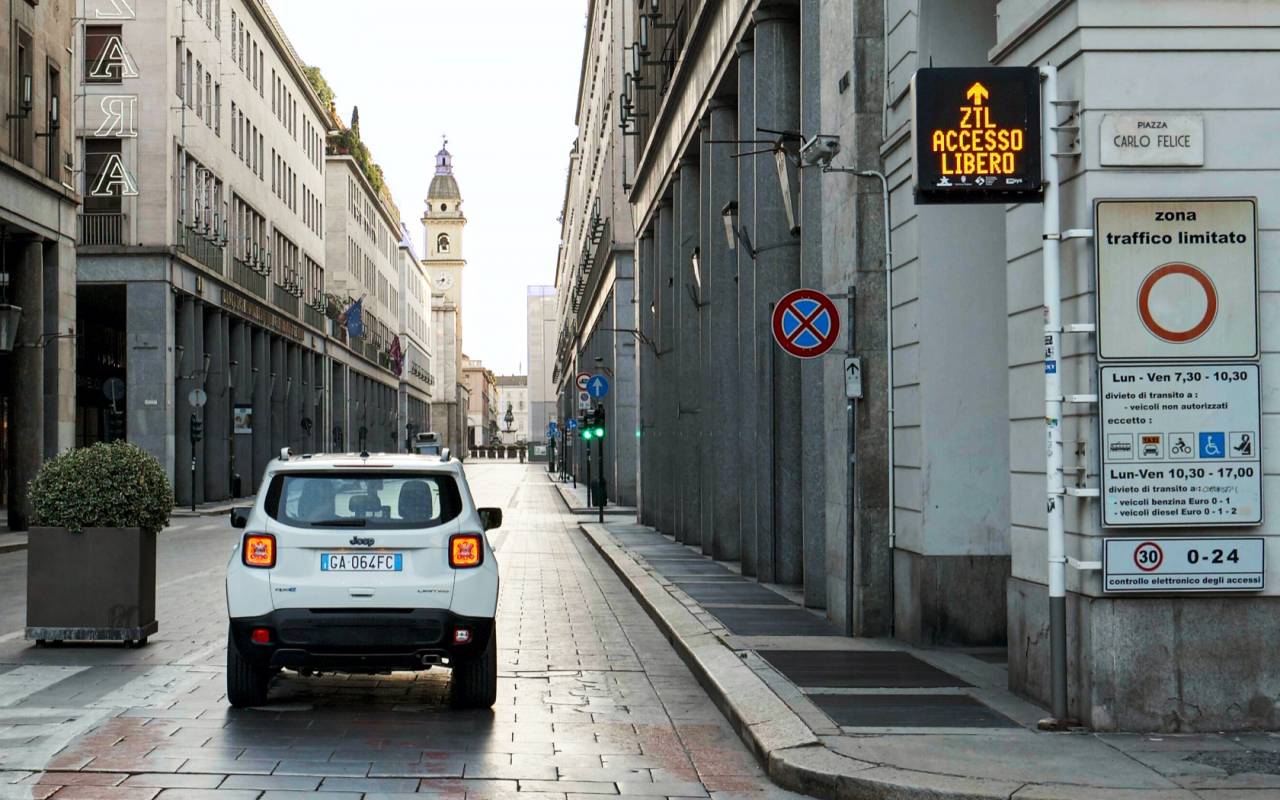 Fiat Chrysler Automobiles is taking a different approach. The “Turin Geofencing Lab” developed between its e-Mobility division and the Centro Ricerche Fiat is designed to allow hybrids to operate in the restricted traffic zone in the city of Turin, where only EVs are permitted.

When the Jeep 4xe plug-in hybrid approaches the restricted zone, a message is automatically posted on the infotainment screen. The system then switches the SUV to the fully-electric drive mode, turning off the gas engine. If the driver re-enables hybrid mode, the Jeep will warn them of the restricted zone rules and recommend changing back to EV mode. 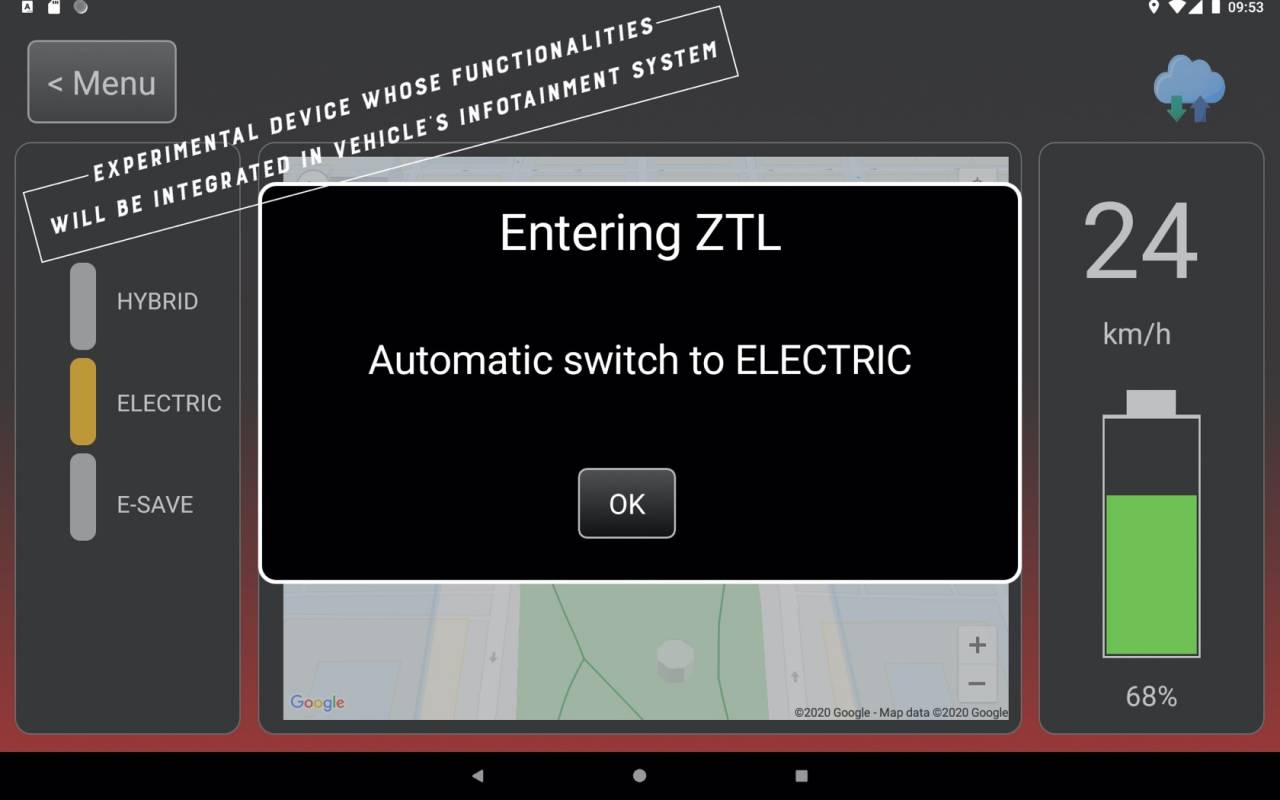 Should the driver ignore that, a notification is automatically sent to the City of Turin’s system. It’s unclear what the penalties involved will consist of, though the city already operates fines up to more than $730 for vehicles contravening the ZTL or “Zona a Traffico Limitato” areas’ rules.

When the driver of the hybrid leaves the zone, the vehicle automatically switches back into hybrid mode. FCA first started out with a single Jeep Renegade 4xe prototype; now, two such vehicles, equipped with the geofencing system, will be delivered to the Municipality of Turin in the coming weeks for an extended pilot.

“Once this type of technology has been proven reliable in plug-in hybrid vehicles such as the Jeep Renegade 4xe,” FCA says, “it will be possible to implement policies permitting these cars to enter restricted traffic zones, by giving them the same status as electric cars.”

The Renegade 4xe is one of the first models to wear the new “4xe” badging, which Jeep announced earlier this year. Designed for the company’s upcoming range of plug-in hybrids, it’ll also be found on the new Wrangler 4xe and Compass 4xe. Later on, Jeep says, there’ll be fully-electric models too; the automaker has said it will have electrification options on all of its models by 2022.