Two new cameras have been announced by Facebook – two cameras that look very much like spherical ball cameras we’ve seen in the recent past. These devices are the Facebook Surround 360 x24 and the Surround 360 x6. The larger device is extremely similar to the camera Facebook showed at F8 in 2016 – save the shape, of course. The smaller device is brand new, made to be sold to the wider public, with a much smaller and more manageable industrial design.

This is not the first time a brand has tried to sell a 360-degree spherical ball camera. Have a peek at our previous reviews of the Bublcam and the original ball camera – Panono to get an idea of where we’ve been before. The big change here is that Facebook has the hero brand power of Oculus on their side – and the VR software expertise to back up whatever devices they decide to make.

With the new cameras made by Facebook, users will be able to capture 8K-sized video with 6DOF. In the VR universe, 6DOF (6-degrees of freedom) means you’re able to move in 3D space in whatever VR environment you’re exploring. That’s moving forward, back, right, left, down, and up in a virtual environment. 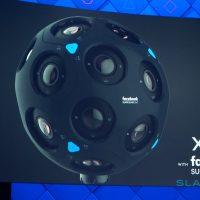 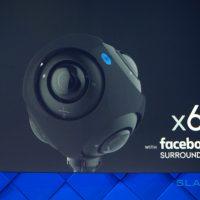 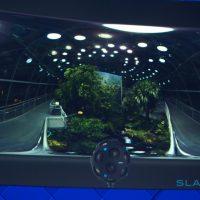 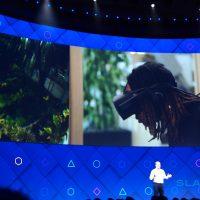 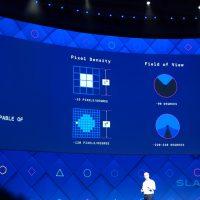 With these cameras in play, users will be able to capture video in the real world with depth. With previous forms of 360-spherical video, the effect is like sitting in a sphere of flat video. With 6DOF (enabled by these cameras), the effect is like experiencing an environment while being relegated to a sphere of movement provided by the camera’s location in the scene.

With these cameras, users will be able to look at parts of the environment that the camera was not actually physically able to capture. Software is able to estimate what is in all spaces the user is able to look into, peeking around corners and everything. It wont be quite like Blade Runner with real objects being revealed in mirrors quite yet – but close!

Both cameras, the x24 Facebook Surround 360 and the x6 Facebook Surround 360 are going to be released later this year. Facebook says they’re working with a wide variety of partners to release these cameras inside 2017. No specific sort of software will be needed to edit video, and cameras will be both “rugged” according to Facebook, and “field-serviceable.”

Because these cameras – or at least the larger one – will be quite expensive, Facebook is working with partners to offer buy/rent options. With the previous Facebook Surround 360 reaching up to 5-digit costs, we won’t be surprised to find something similar happening for the x24. The x6, on the other hand, we hope will be quite a bit more affordable by the common user. You can learn more about Facebook Surround 360 in the Facebook 360 Learn portal on Facebook.