Eyefi doesn’t believe the instant gratification of automatic photo sharing should be limited to smartphone photographers, and Eyefi Cloud is the way it aims to give that same satisfaction to those sticking with dedicated cameras. Building on last year’s Eyefi Mobi WiFi-enabled SD card, Eyefi Cloud promises swift organization and simple sharing in addition to the convenience of having every photo you take accessible from all of your devices. Ambitious stuff, but has Eyefi managed to make it user-friendly? Read on for our review.

From the outside, beyond the bright orange plastic, the Eyefi Mobi card isn’t anything dramatic. Then again, since it’s meant to sit inside your camera, it doesn’t need to be. Opt to crack open the shell, however – not something Eyefi recommends, of course – and you’ll find an impressive number of components. 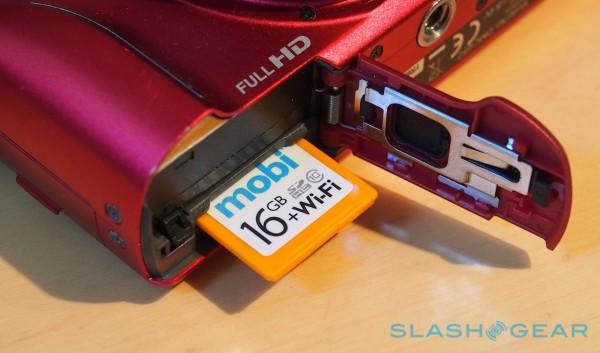 Not only is there a chunk of storage – either 8GB, 16GB, or 32GB – there’s also a WiFi radio, which Eyefi uses to push photos and video saved onto the card directly to your nearby smartphone, computer, or tablet. As with earlier Eyefi cards, we did notice an increase in power consumption from our camera when that happened, with a particularly busy photography session being cut short perhaps 30- to 40-percent sooner than we’d normally expect from a regular memory card.

We’ve got a full review of the Eyefi Mobi SD card from back at its launch, and the only real change this time around is the branding, with “Eye-Fi” switching to “Eyefi” moving forward.

What’s new is how Eyefi expects you to collate, organize, and share your content. Previously, your photos and video would end up in an app on your phone or tablet, where you could choose how to upload them; in fact, that’s what existing Eyefi Pro X2 card users will still get. 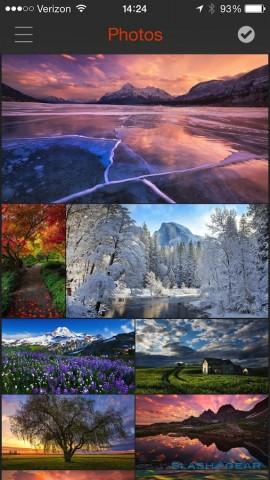 With Eyefi Cloud, though, there’s now a centralized place for media, along with a new mobile Eyefi Mobi app for iOS and Android. Photos taken on your camera are now pushed at full resolution to the WiFi-paired device, which then uploads them automatically to the cloud.

There, Eyefi’s server cooks up different sized versions suitable for consumption on different devices: so, if you log in via another phone, or a tablet, you’ll see a lower-res picture than if you log into the browser-based interface instead. Eventually, Eyefi clears out the full-sized images from your initial phone, replacing them with the smaller versions for better managing space. Of course, the full-resolution originals are just a tap away, if you want them.

From either the app or the browser view, photos can be sorted into albums, tagged, deleted if they’re not up to scratch, and shared. Rather than dropping a gallery-worth of pictures into a Dropbox or Google Drive folder, and expect friends and family to download them, Eyefi Cloud creates custom share galleries that are viewed online.

These shared galleries are actually distinct from the original folder of pictures and clips, which means you can quickly remove a share or add new photos to a folder without that content automatically being shared out. Unsharing an image removes it immediately; the next time someone views the gallery in their browser – or even just refreshes the page – it’ll be gone. 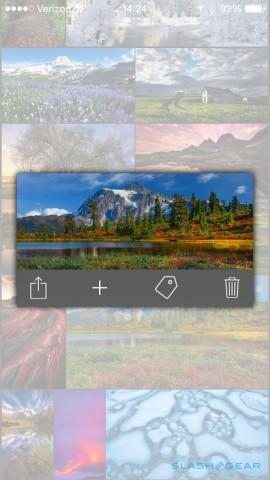 It’s all very simple to use, with a basic interface both on mobile and in the browser; Eyefi also offers PC and Mac apps for direct transfers, though they’re classed as “experimental” so might not work for everyone. You can also register multiple Eyefi Mobi cards to a single Eyefi Cloud account, and have all of the content collated.

There are still some rough edges and limits, however. You’ll need a Pro X2 card if you want RAW image support (and of course the Pro X2 doesn’t get Eyefi Cloud access yet), and while the Eyefi Mobi will push MP4 video from camera to phone, it won’t automatically upload it to the cloud yet. That’s a data and battery decision, Eyefi told us.

During our testing with two devices – one iOS, one Android – we had some issues with which phone the Eyfi Mobi would connect to. On Android, the card will reconnect automatically when you start up the Eyefi Mobi app, but on iOS that reconnection process is manual; that’s a limitation Eyefi faces from Apple’s software, not its own. However, since once uploaded the photos are shared across each device logged into the same account, it shouldn’t mean you lose any pictures.

Eyefi Cloud’s sharing support is functional, but lacks the sort of in-depth dashboard that keen users might like. For instance, while you can see which of your invited contacts have clicked the link, you don’t get individual stats on images. Nor is there any sort of warning if the unique URL each invite contains is shared more broadly, though Eyefi did tell us that it was working on new stats tools for the gallery. 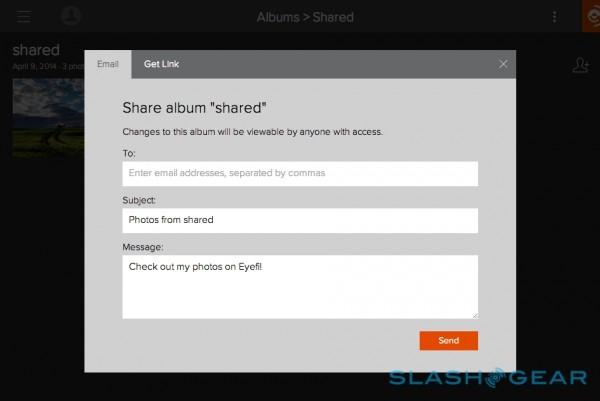 An Eyefi Cloud subscription isn’t essential for using Eyefi Mobi. There are two tiers of service: transferring pictures from the camera to the mobile device or desktop, and organizing them with tags and folders, is free to use. If you want to synchronize them with the cloud, and share them through Eyefi Cloud, that will cost $49 per year for unlimited photos after the initial 90 day trial.

As for the SD cards themselves, they’re priced at $49 for 8GB, $79 for 16GB, and $99 for 32GB. Existing Eyefi Mobi users can upgrade to the new app and begin using that same Eyefi Cloud trial.

Eyefi Cloud is certainly convenient, and the flexibility of having images shuttle directly from camera to phone or tablet is definitely useful in certain circumstances. According to Eyefi, not only will pretty much every camera introduced in 2014 support Eyefi Mobi, many will have menu entries for specifically controlling the card. 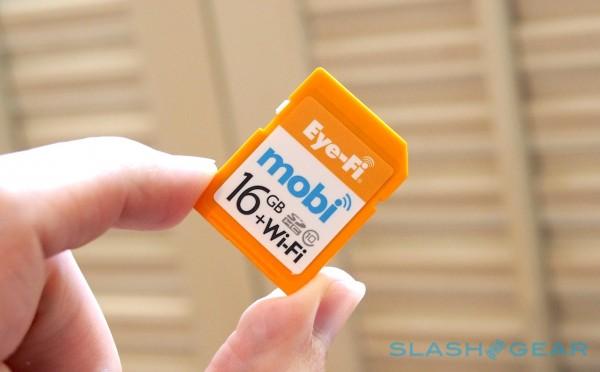 The photo sharing and cloud gallery segment is fiercely competitive right now, however, and many services do more than just store photos. For some, Eyefi Cloud’s singular purpose will count in its favor; others might prefer to spend their money on a more generic chunk of the cloud. Google Drive, for instance, offers 100GB for less than half of what Eyefi charges, though its photo sharing functionality isn’t as refined.

That Eyefi convenience needs to be weighed against a hit on battery life and a slightly fiddly setup on iOS, of course. Still, for the sort of set-and-forget uploading that smartphone photographers have become used to, only on a dedicated camera, Eyefi Cloud is the company’s smoothest product yet. 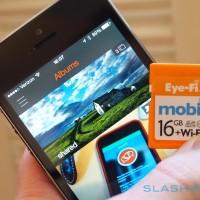 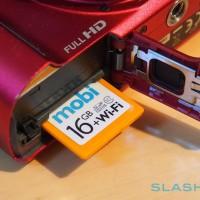 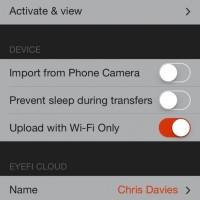 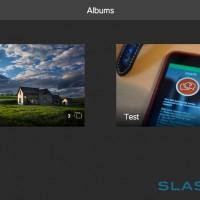 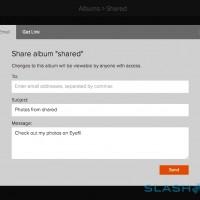 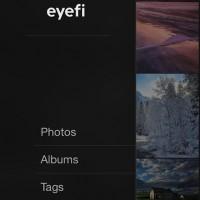 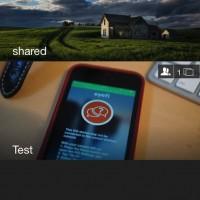 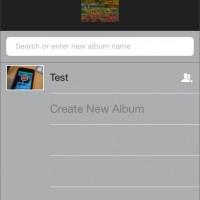 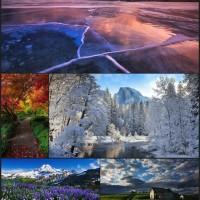 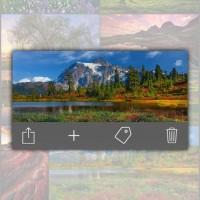