Even with a windshield the McLaren Elva looks wild

McLaren has revealed the newest version of its super-lightweight Elva roadster, this time fitting a windshield to the 804 horsepower road-legal rocket. First unveiled in late 2019, the original Elva was distinguished as much by its absence of any front glass as by its $1.69 million price tag, though McLaren did say at the time that it would have a more traditional version in time.

Today we’re seeing what that actually looks like, though it’s still hard to think of this windshield-equipped Elva as being anything close to ordinary. Unchanged is the form-follows-function carbon fiber body, which helps achieve the sub-2,866 pound dry curb weight, and of course the blistering speed.

0-62 mph comes in an estimated 2.8 seconds, McLaren says, with 0-124 mph arriving in 6.8 seconds. That’s what a mid-mounted twin-turbocharged 4.0-liter V8 engine will get you, while the performance is boosted by dropping such unnecessary luxuries as a roof, or indeed side or rear glass. 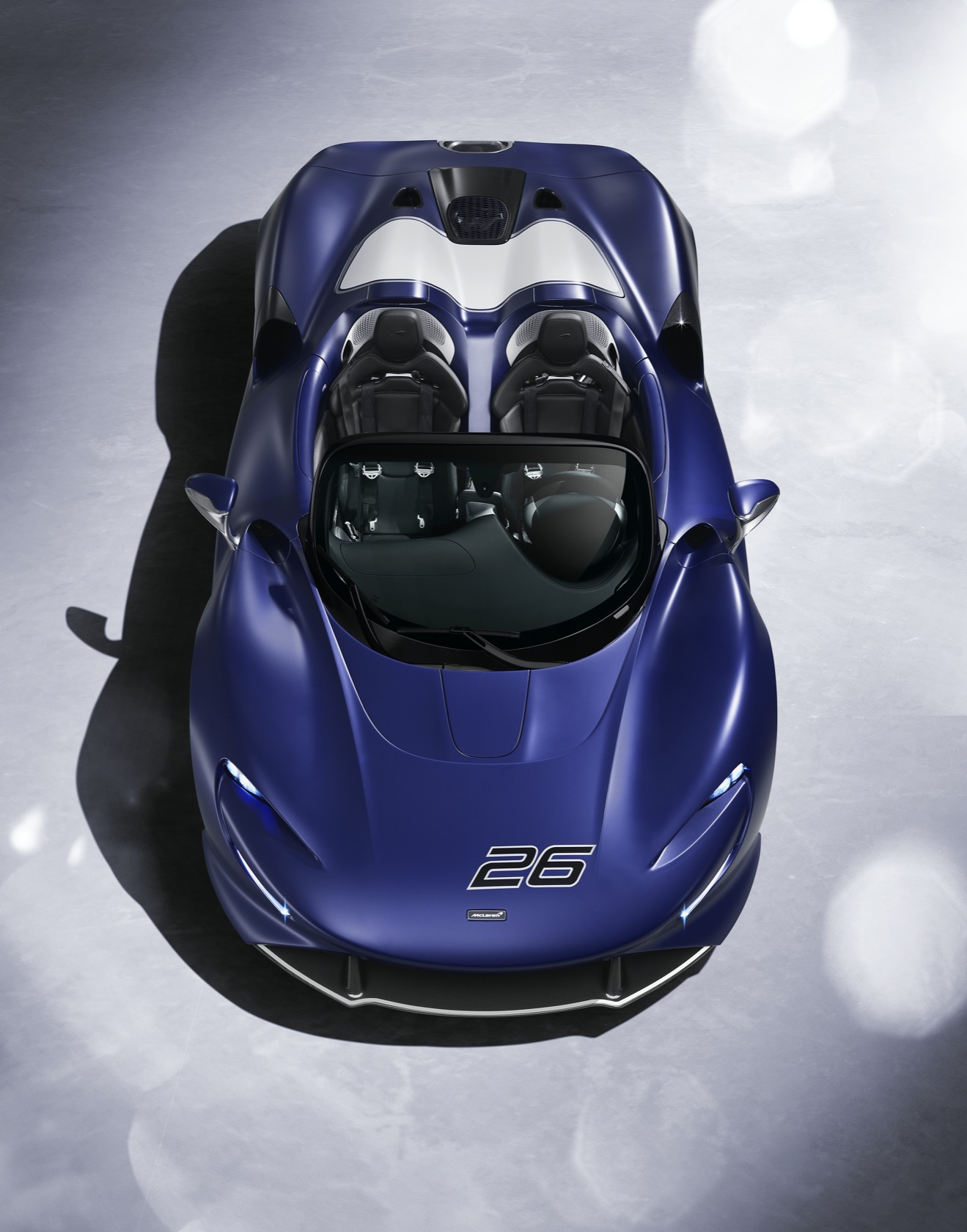 This windshield-equipped version will be 44 pounds heavier as a result, McLaren concedes, thanks to heated glass in the carbon fiber surround. You get electronically-synchronized rain-sensing wipers, too, and lavish extras like washer jets and even sun visors. Gone, though, is the Active Air Management System (AAMS) which the original Elva relies upon to keep bugs, grit, and other road detritus out of the faces of the two onboard.

It’s a fiendishly clever system. The front vents on the hood help create a “bubble” of air at the top of the car, while a carbon-fiber wind deflector rises out of the bodywork at higher speeds to further avoid turbulence. McLaren says the result is an oddly calm cabin despite the absence of glass. 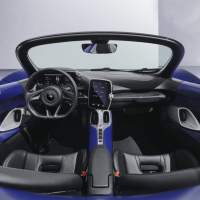 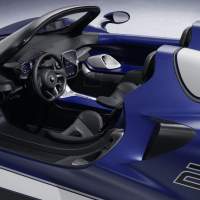 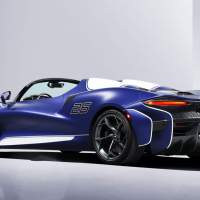 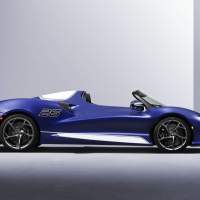 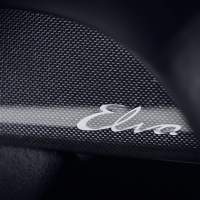 Still, it agreed, there’d be some potential drivers would would want an actual windshield in front of them, not to mention some US states where local regulations demand it. The windshield Elva is the answer, with the first deliveries expected to begin later this year.

Only 149 Elva will be produced in total, McLaren says, and each will be built to customer order. That will likely include no shortage of customization by McLaren Special Operations (MSO), the automaker’s bespoke team, which was responsible for the Satin Casa Blue example in the photos here. That was designed as an homage to Bruce McLaren’s race cars.