EV Charging Explained: The fastest chargers at home and on the road

If your main concern with buying an electric car is figuring out how you’re going to charge it, worry no more. There are plenty of different options – from the cable that comes bundled with all new EVs, through to super-fast public charging networks – and it’s easy to get overwhelmed by the tech and the terminology. Read on to get up to speed on Level 1 and Level 2 chargers, DC fast charging, and where Tesla Superchargers fit in – and what to look out for when you need to add miles of range, fast.

Level 1 chargers are slowest but easiest to plug-in

If you’ve got a regular, 120V household outlet, you can use a Level 1 charger. Outfitted with the same plug as you’d find on a blender or a vacuum cleaner, their strength is in their ubiquity. Drive your EV to a friend’s place and, even if they don’t have an electric vehicle themselves, you should be able to find a place to plug in yours. 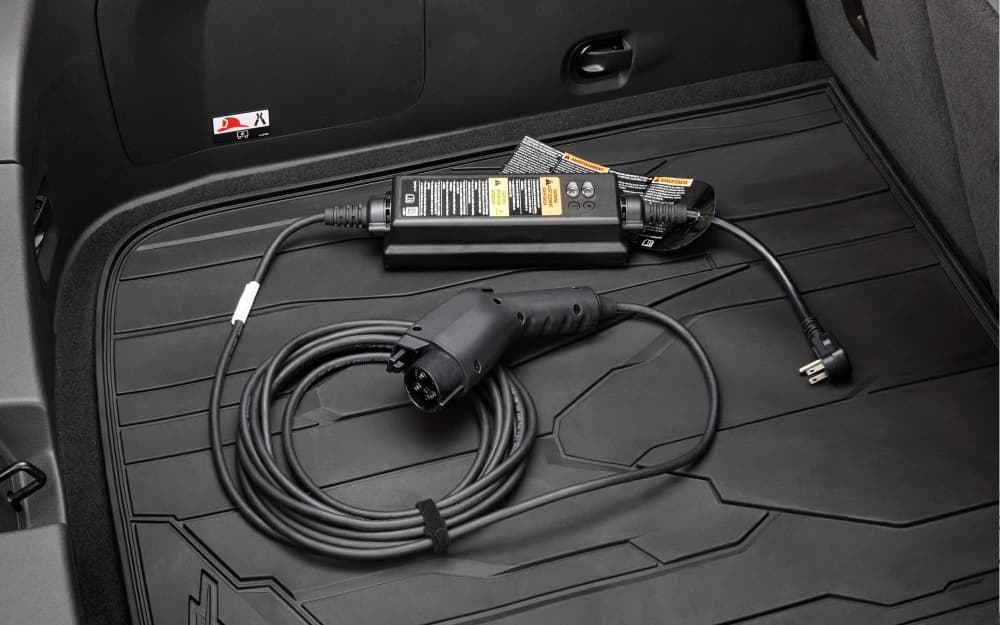 Every new EV you buy in the US today comes with a charger that will work, at the very least, with a 120V outlet. Often called a “mobile charger” or “travel charger” they’re usually stored under the trunk floor or in the front trunk (or “frunk” in EV parlance) and designed to be an option-of-last-resort should you find yourself needing an emergency top-up somewhere.

The downside, as you might have guessed, is charging speed. Level 1 chargers are often known as “trickle chargers” because they deliver power so slowly. Figure on about 3 miles of range added per hour plugged in.

Level 2 chargers are what every EV owner needs

Assuming you have somewhere you can consistently park your EV, getting a Level 2 charger is a no-brainer for an electric vehicle driver as it’s considerably faster than Level 1 chargers will ever be. For a Level 2 charger, you’ll need a 240V outlet or – if your charger is permanently installed – a 240V connection from your circuit breaker box. The most common is a NEMA 6-50 outlet; expect to spend $200-300 on getting an electrician to install one, unless more significant upgrades to your wiring are required. 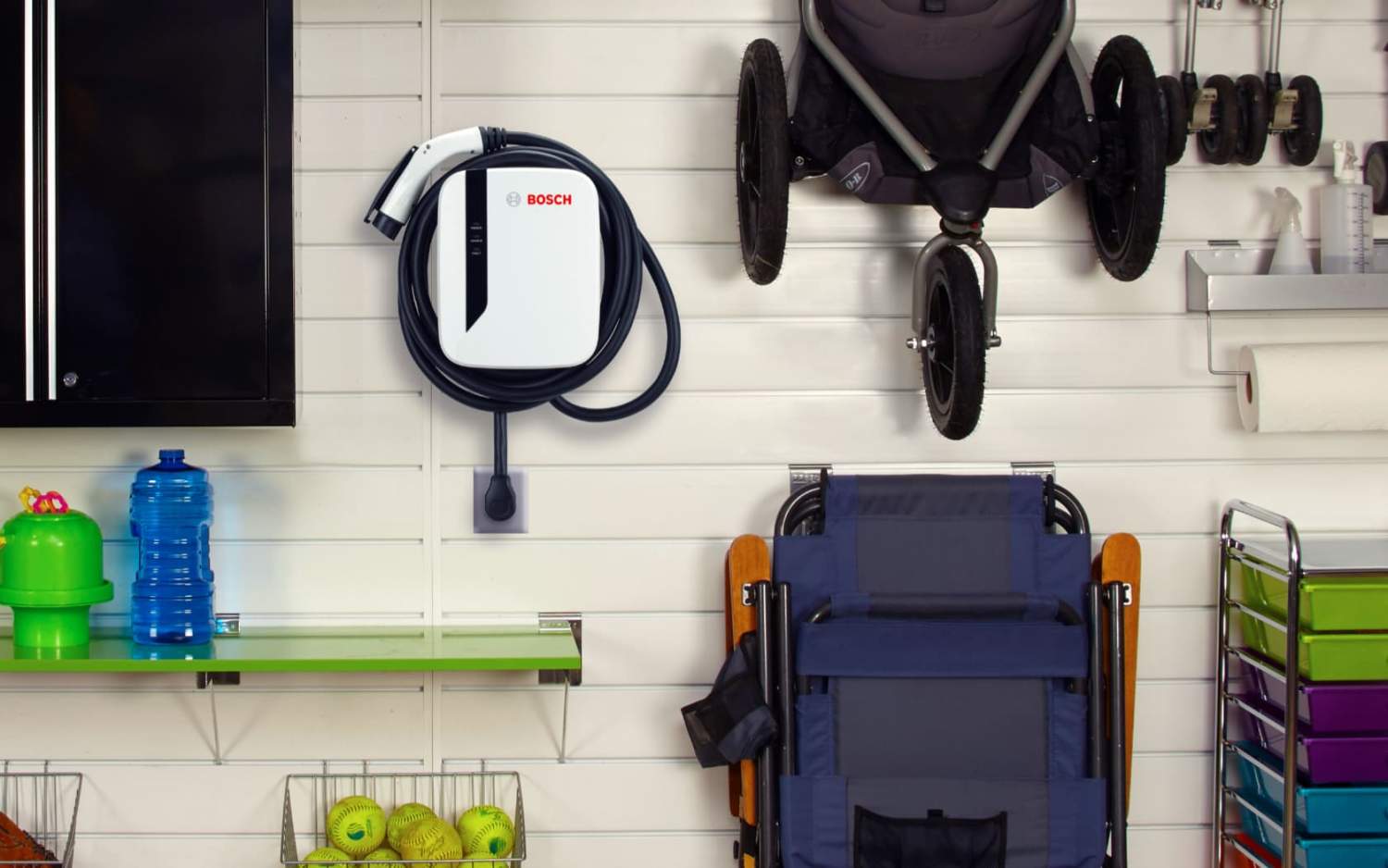 In return, you’ll get much faster charging. Think along the lines of around 20-30 miles per charging hour, though there are a few factors which control that. Biggest is amperage: that can range from 12A to 50A, and many Level 2 chargers will allow you to adjust their settings depending on how what power is coming to the outlet. More amperage means faster charging, typically up to 7.6 kW.

Increasingly often, the travel charger included with new EVs supports both Level 1 and Level 2 use, with the right adapter. On the flip side, not every electrified vehicle supports 7.6 kW charging: some, particularly plug-in hybrids, top out at around half that. Still, if you’re having a 240V outlet installed and buying a Level 2 charger, it’s worth getting the most potent one you can for future-proofing purposes. Figure on $500-800 for a Level 2 charger with decent amperage headroom.

Level 3 DC fast chargers are worth looking out for

DC fast chargers, known as Level 3 chargers, are your gateway to the fastest recharge. They can deliver up to 350 kW – though 50-150 kW seems more common at the moment – if your EV supports it. That means a far more rapid charge, along the lines of 60-120 miles in about 10-20 minutes depending on the charger and the vehicle.

You can’t install a Level 3 charger at home. Instead, they’re operated by private networks like Electrify America, EVgo, ChargePoint, and others. Usually they’re located near highways or other well-frequented routes. 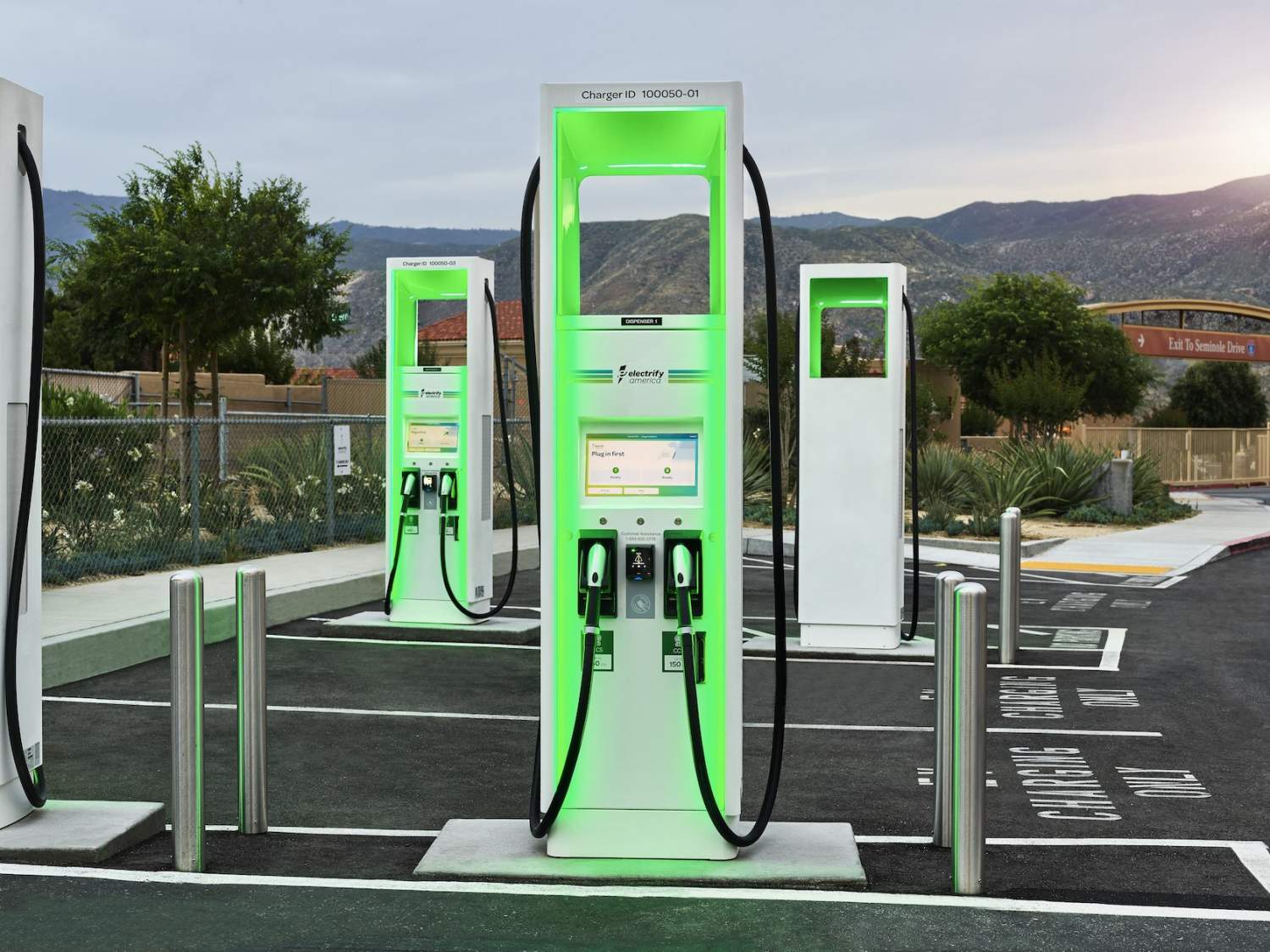 Commonly they have a CCS plug, which most new EVs are fitted with. Sometimes it’s an option, but it’s one worth selecting if you ever plan to do road trips. Less common, but still offered on models like the Nissan Leaf, is the CHAdeMO plug. Often there’ll be a mixture of both connectors at the same location, and multiple DC fast chargers on-site.

Typically, you’ll need an account with each charger network in order to begin a charging session. Less common is the ability to pay at the charger, just like you would at a gas pump. Most have apps which help hunt down a location as well as authenticate the payment; some networks have roaming agreements, so that you can use multiple companies’ chargers with just one account, and it’s more common now for automakers to have similar agreements so that all the locations their EVs can use are collated in the dashboard navigation system.

The big factor controlling how fast you can recharge at a DC fast charger is the kW (kilowatt) rating. Each charger can deliver a certain maximum in kW: more, a higher number means a faster recharge. However, each electric vehicle can support a certain maximum in kW too. The two automatically adjust to deliver the maximum rate possible, but it’s definitely worth checking the spec sheets as you research a new EV purchase: the difference in charging speed between, say, a 50 kW-capable EV and a 350 kW-capable EV is huge.

The Tesla Supercharger network is an electric privilege

If you’re driving a Tesla, things are somewhat different from the rest of the EV field. Tesla not only makes its own electric cars, it’s also building out a charging network – both in the US and abroad – at which those cars can charge up while away from home or the office. 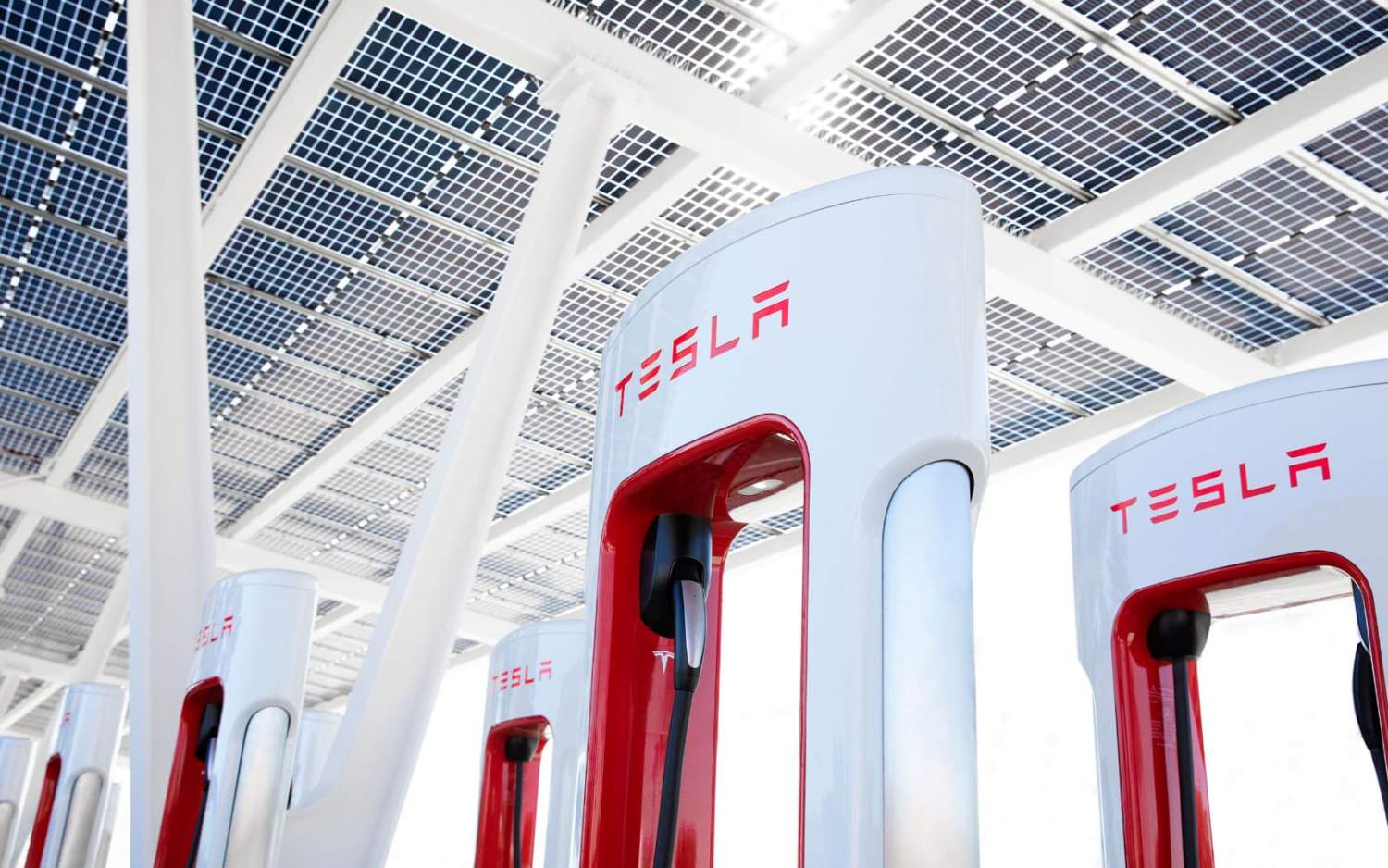 There are actually two main types of Supercharger. The most familiar is a fast charger, capable of adding up to 200 miles of range in 15 minutes. That rate, as with any fast charger, can vary according to the model of Tesla, the specific charger, and conditions like the current battery level.

Tesla Destination Charging, meanwhile, is effectively Level 2 chargers with the Tesla-specific plug. Whereas Superchargers tend to be positioned near highways and other major routes, Destination Charging units are often found outside businesses, at hotels and convention centers, and similar. That makes them more accessible but, of course, you’re getting a much slower rate of charge.

In the early days, Tesla buyers got free Supercharger access. At this point, that’s a rare perk: far more common is paying for access, which varies by location. In some states, you pay depending on how long you’re plugged in; in others, you pay based on how much charging you actually do. Either way, like with most EV chargers it’s cheaper to “refuel” than an equivalent gas car.

One of the most common questions among new or potential EV owners is whether they can plug their electric car into a Supercharger. Unfortunately, only Tesla vehicles can use those chargers. Not only is the plug unique to Tesla, the vehicles rely upon an authentication system to authorize the charging session and process the payment. 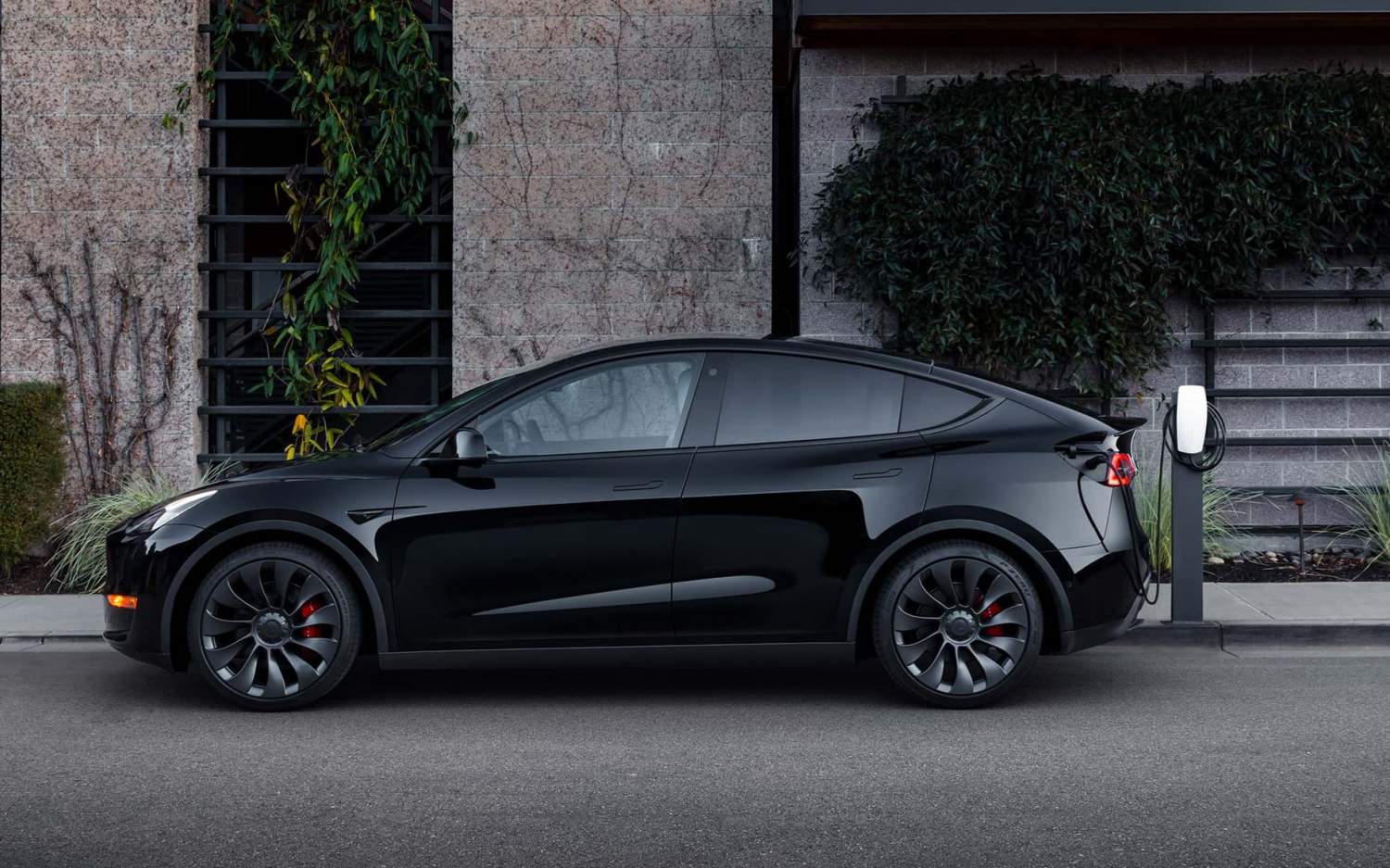 Tesla offers adapters, meanwhile, so that its EVs can be used with non-Supercharger stations. These basically slot in-between the charging plug and the Tesla car, so that a Model 3 driver could recharge at, say, an Electrify America location. As you research a new electric vehicle, it’s worth looking at maps of nearby chargers such as PlugShare, to figure out what options are near to where you might typically be driving.

If you’re looking at buying a new electric vehicle, and need to install a new charger, there are rebates and incentives you may not know about which could help offset the cost. Check out our top tips for new EV buyers for more details.