Elgato has launched a new webcam, with the Elgato Facecam promising pro-level optics from something that can perch on top of your display. It’s part of a range of new streaming and recording focused tech that the company has announced today, including an updated Stream Deck, a new microphone interface, and specialist stands.

While the Facecam may look like a fairly standard webcam, Elgato insists that appearances are deceptive. In fact, there’s a Sony Starvis image sensor inside, capable of Full HD 1080p60 video, and paired with an f/2.4 24mm prime lens. 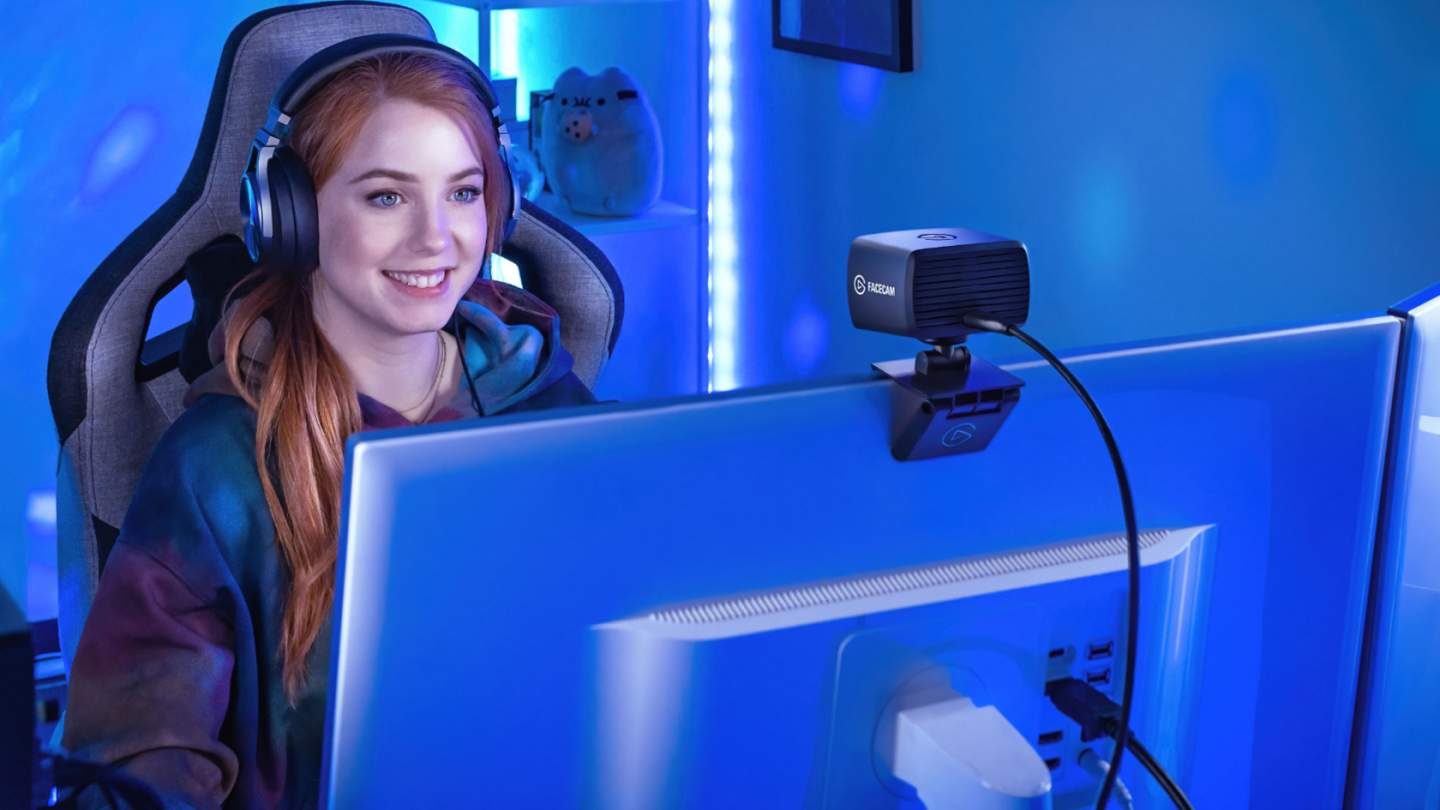 It’s fixed-focus, but Elgato says that’s a pro rather than a con in this case. For a start, it means you’re able to move around without drifting out of focus – or waiting for an autofocus lens to catch up – and there’s an 82-degree adjustable field of view. Connectivity is via a detachable USB Type-C cable, spitting out uncompressed image data.

Elgato includes a Camera Hub app, with which users can tweak things like field of view, brightness, and exposure. The settings, though, are saved to the Facecam itself: that way, if you plug it into a different computer, all your favorite presets are there from the get-go, even if the Camera Hub app isn’t installed. If you have a Stream Deck, there’s a plugin for control via that keypad, too.

For mounting, there’s a bundled expandable monitor clamp, and a standard 1/4-inch thread for tripods and stands underneath. Facecam is available to order now, priced at $199.99.

Wave XLR is Elgato’s answer for audio, alongside the Facecam camera. It’s an interface for an XLR microphone, connecting it to a PC and integrating it with Elgato’s Wave Link app so that it can be mixed with other audio sources. 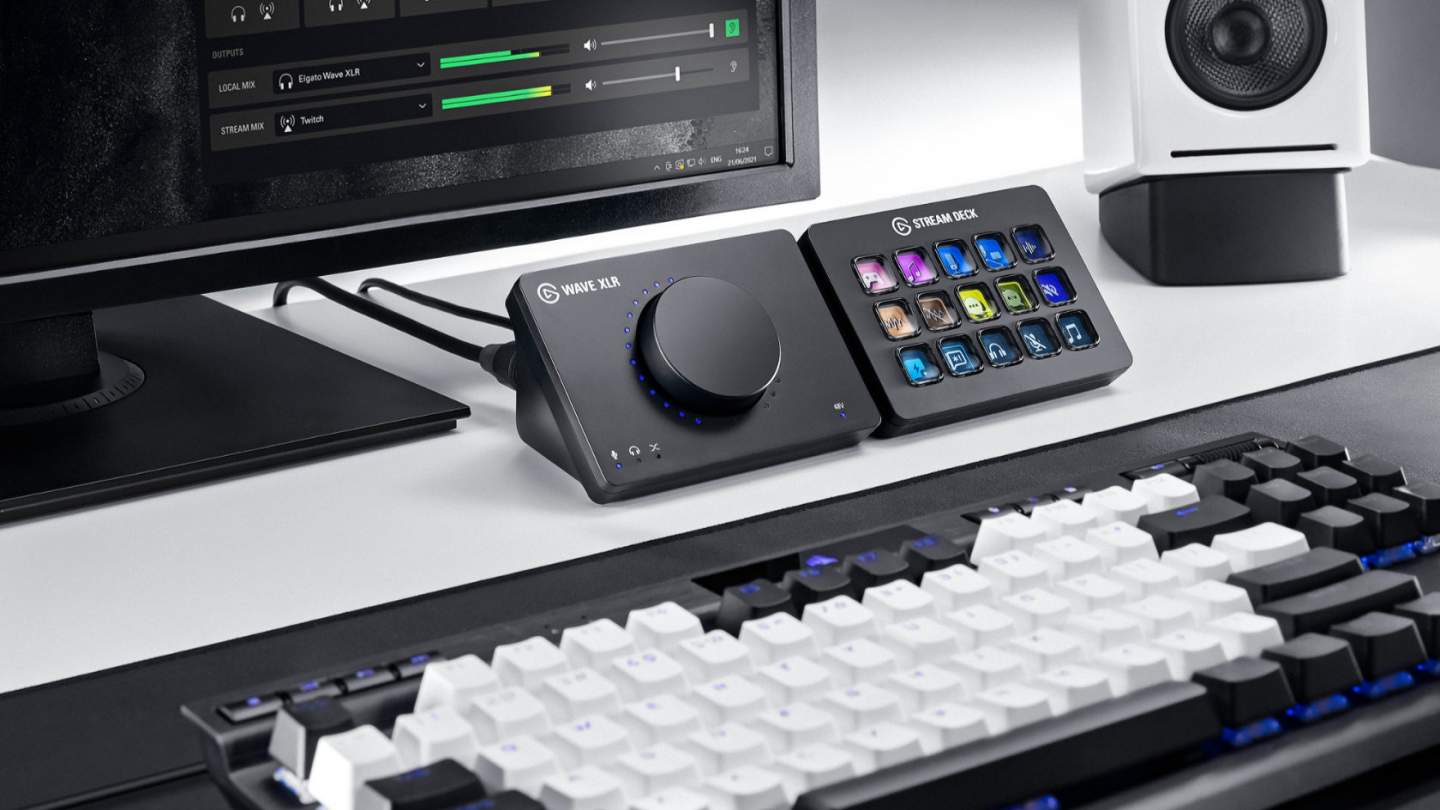 There’s a capacitive mute button – for silent use during recording – along with a large, multifunction control dial. Up to 75 dB of low-noise gain amplification is supported, and up to 48 volts of phantom power for those using condenser microphones. There’s also Elgato custom Clipguard tech to avoid distortion.

The new Stream Deck – not to be confused with the equally-new Steam Deck – is Elgato’s updated multifunction keypad. As before there are 15 programmable keys with LCD screens, and the ability to customize them to show various app- and task-specific actions. Now, though, there are detachable elements. 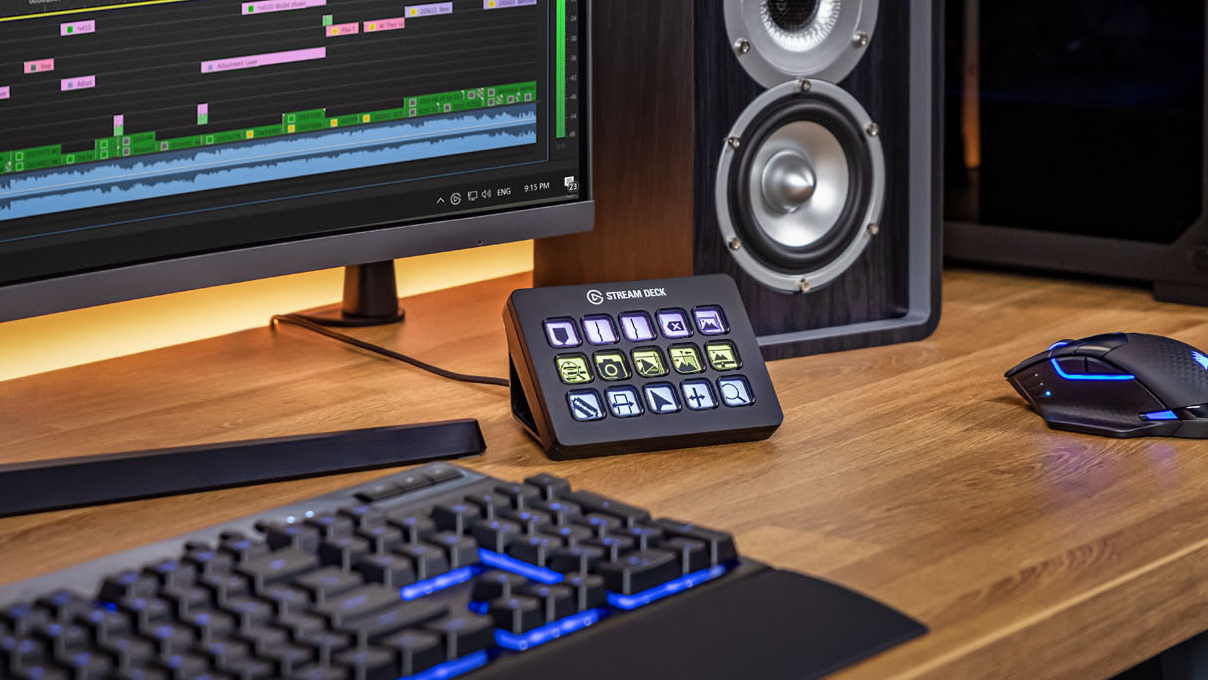 So, you can remove the fixed-angle desktop stand, and unplug the USB Type-C cable to use a different shorter or longer version. There’s also a removable faceplate.

Elgato has new software – which can also be used by existing Stream Deck owners – with the Stream Deck 5.0 app and Store offering various new plugins and sound effects. The new Stream Deck Mk.2 is available now, priced at $149.99, while interchangeable faceplates are $9.99.

Since desktops can be getting pretty cluttered with all this stuff, Elgato’s other new products today are designed to keep things out of the way. The Wave Mic Arm is a suspension boom arm, 29.5-inches tall and coming bundled with a 5.9-inch riser.

Meanwhile, the Wave Mic Arm LP is a low-profile version, designed to sit below the shoulder line and thus not be visible on-camera. Both have adjustable clamp mounts, a ball head with a 1/4-inch screw – plus 3/8-inch and 5/8-inch adapters – and cable channels with covers.