If you’ve ever looked at a Nintendo Switch and thought, “it would be cool to have something like this for PC gaming,” then boy does Valve have the device for you. Today Valve announced the Steam Deck, a new handheld gaming device that lets you play Steam games on the go. Of course, we’ve seen PC gaming go portable through gaming laptops in the past, but the Steam Deck seems to take things to a whole new level.

On the freshly-launched Steam Deck website, Valve says that it “partnered with AMD to create Steam Deck’s custom APU,” and the result is a handheld machine sporting a Zen 2 CPU with 4 cores and 8 threads paired with an RDNA 2 GPU with 8 CUs. The Steam Deck features 16GB of LPDDR5 RAM and has a few different storage options: 64GB eMMC (PCIe Gen 2 x1), 256GB NVMe SSD (PCI Gen 3 x4), or a 512GB high-speed NVMe SSD (PCIe Gen 3 x4). All Steam Deck models will come with a microSD card slot for expanded storage as well.

On the front of the device, we’ll find a 1280 x 800 (16:10) 7-inch LCD touch screen running at 60Hz along with a collection of physical controls. There are ABXY face buttons along with a d-pad, L & R bumpers, triggers, and two analog sticks, just like you’d expect on any modern game controller. Those thumbsticks support capacitive touch, however, and they’re joined by two square trackpads with haptic feedback. Around the back, there are also four assignable buttons on the grips, so you’ve got a lot of control options. 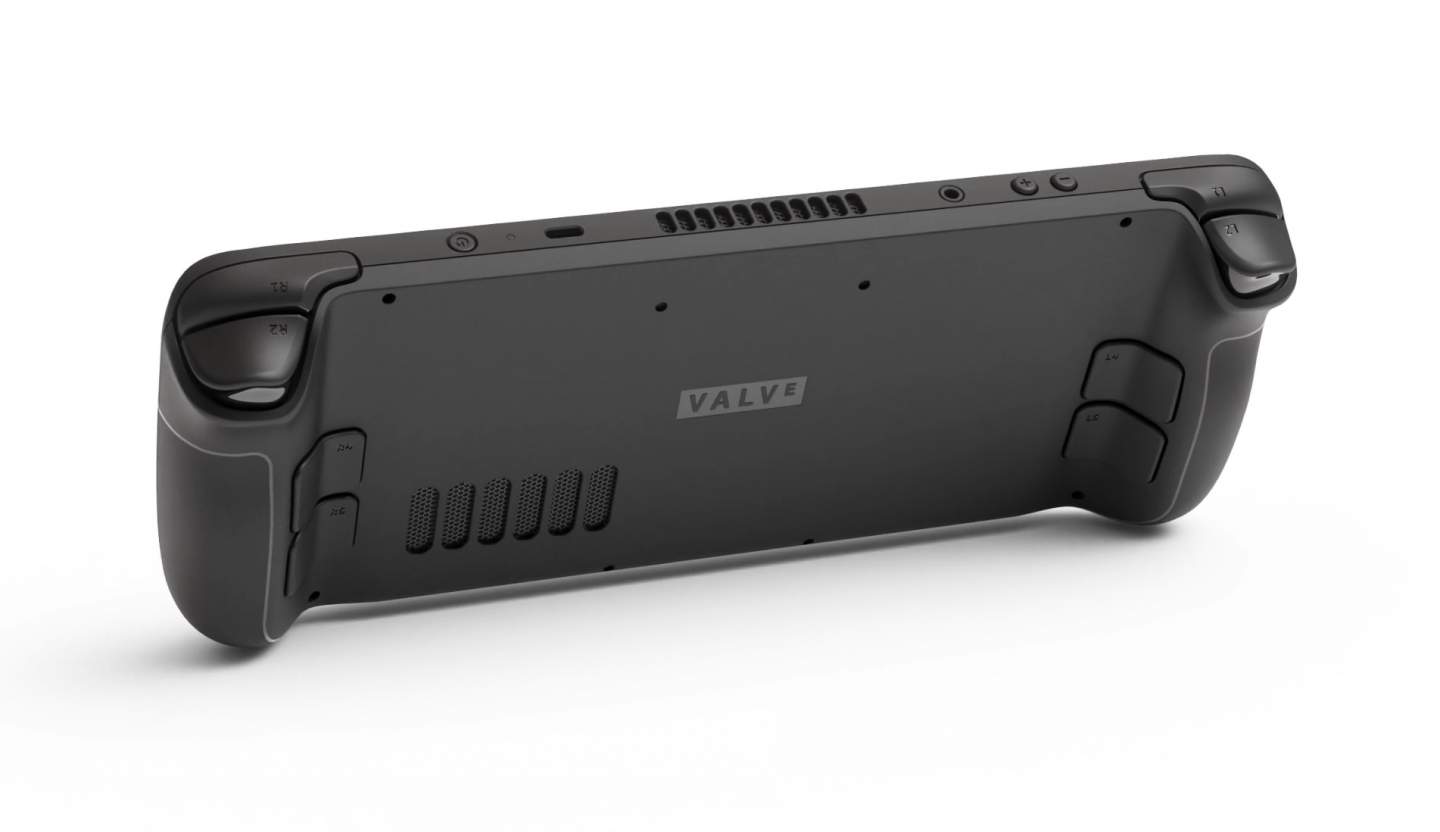 It doesn’t stop at physical and touch controls, though, as the Steam Deck also supports 6-axis gyro controls, allowing you to aim by moving the device itself. In addition, valve says that the Steam Deck comes outfitted with a 40WHr battery that’s good for 2-8 hours of gameplay on a full charge, and we’ve probably got that relatively low-resolution display to thank for the fact that this can even be played on-battery in the first place.

If you don’t want to play in handheld mode, you can also connect the Steam Deck to a TV or monitor using the device’s dock, just like you would a Nintendo Switch. The dock will be sold separately, but it seems that it adds a lot of connectivity options beyond the Steam Deck’s USB-C port. It’s worth pointing out that the USB-C port supports DisplayPort 1.4 and can output at up to 8K at 60Hz or 4K at 120Hz.

While this is meant to play games through Steam, Valve also seems to be taking the novel approach of letting users do what they want with their machines. “You can also install and use PC software, of course,” Valve writes on the Steam Deck website today. “Browse the web, watch streaming video, do your normal productivity stuff, install some other game stores, whatever.” 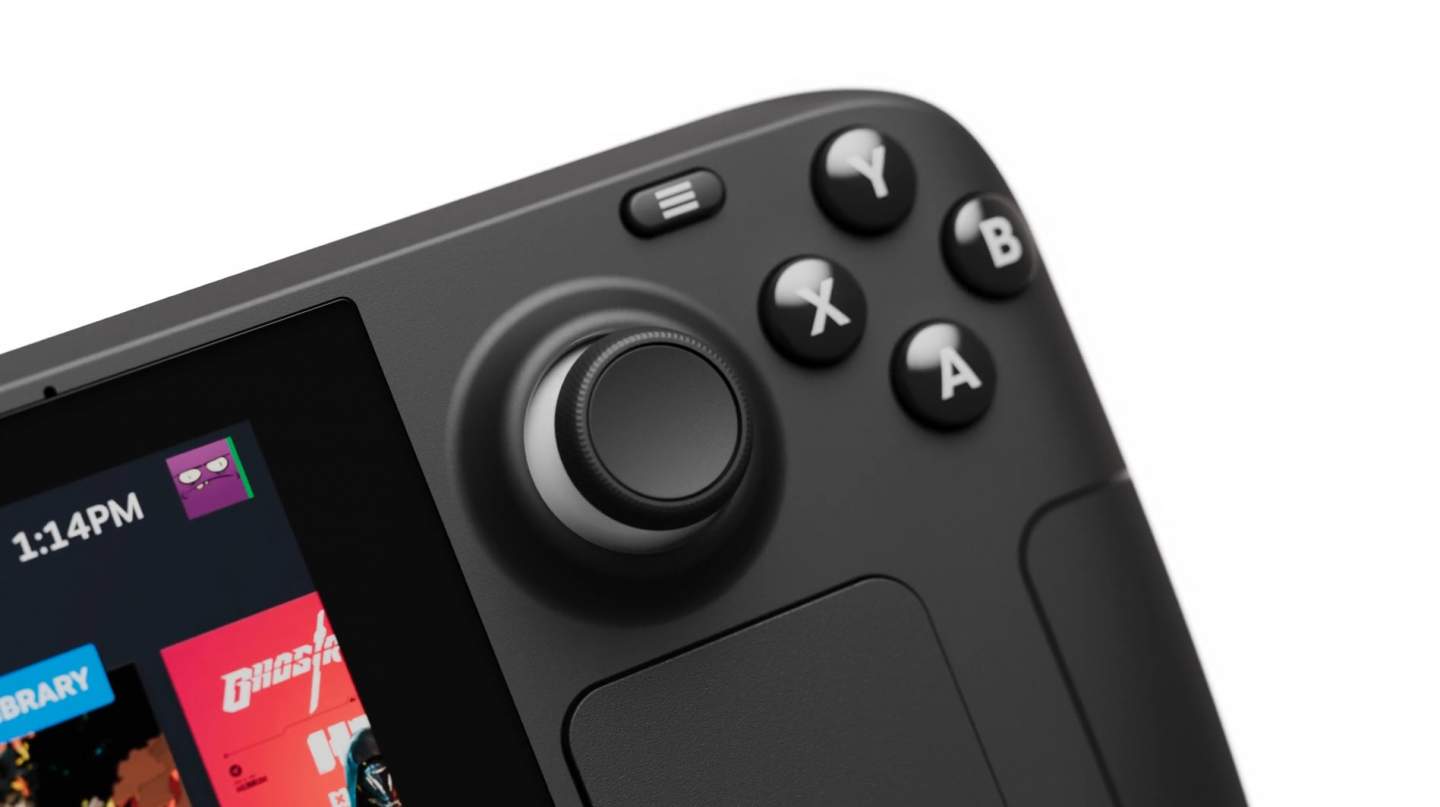 So, if you’ve ever dreamed of having PC games playable on a handheld device, the Steam Deck sounds like the perfect machine for you. Considering that it can be hooked up to a TV or monitor, this could also serve as a solid replacement for a gaming desktop or laptop for some people, especially at the moment when PC hardware is hard to come by.

Steam Deck’s pricing varies depending on what kind of storage you want to get. The base model with 64GB of eMMC storage will run $399.00, while the 256GB NVMe SSD model will cost $529.00. To get the fastest 512GB NVMe model, you’re looking at a total cost of $649.00, though you do get some extras with that, including anti-glare etched glass and a carrying case.

The Steam Deck won’t be arriving until December 2021, but Valve will begin taking reservations for the device tomorrow, July 16th, at 10 AM PDT. You’ll want to head over to the Steam Deck page on Steam, log in with your Steam account, and make your reservation as soon as they open tomorrow because Valve says that users will be notified in the order they made their reservations once stock is available later this year.