Elden Ring network test codes are blowing up on eBay

It’s not controversial to say that Elden Ring is highly anticipated. So anticipated is Elden Ring that scalpers have found a way to make a pretty penny on the game, even though it’s not out until next year. Yes, it seems that reselling consoles, CPUs, and graphics cards with a significant price hike wasn’t enough for the scalpers of the world, as they’ve also started selling codes to the Elden Ring network test, which is taking place this weekend.

Hundreds of dollars for a network test?

You wouldn’t necessarily think that access to a network test – a closed beta, in other words – would warrant spending hundreds of dollars but, apparently, Elden Ring is a different beast. Though the network test does not begin until this weekend, invitations are currently being sent out to those who were lucky enough to be accepted. 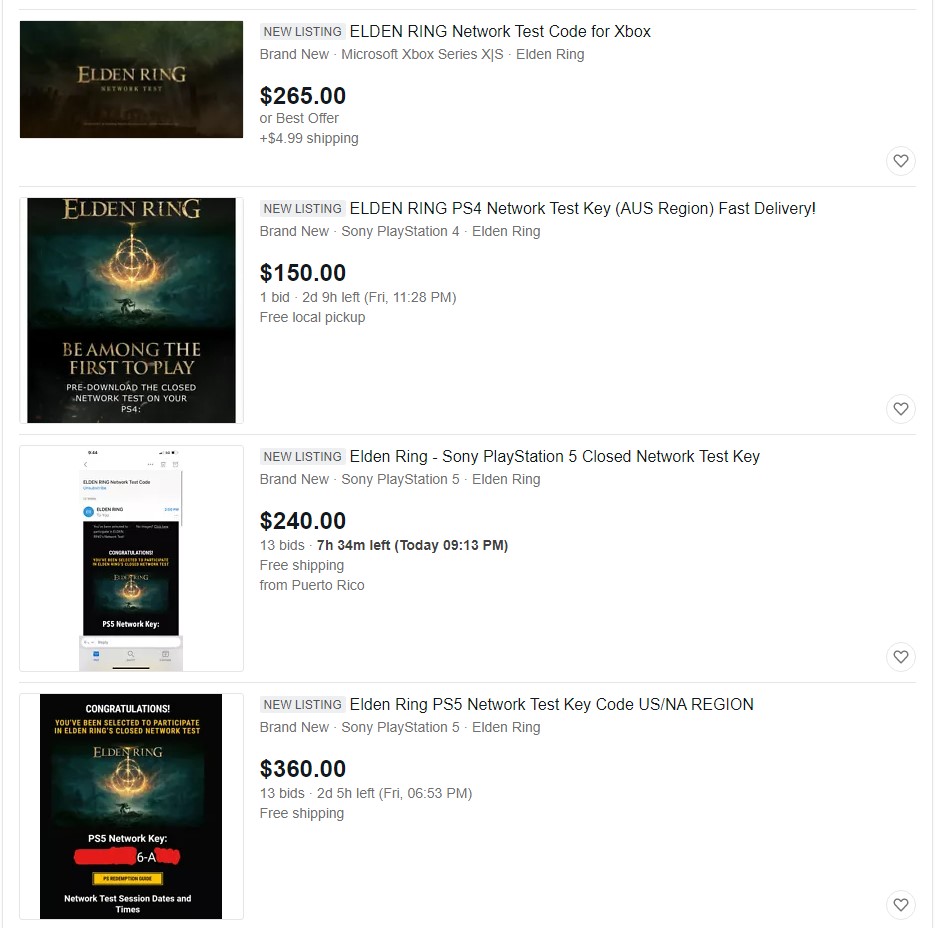 Instead of redeeming their access key and hopping in the game this weekend, some who were selected have instead taken to eBay to list their keys for significant sums of money. All you need to do is head over to eBay and type “Elden Ring” into the search box to see what we’re talking about here; while many of the results will be for Collector’s Edition pre-orders, many others will be for codes to the network stress test.

Those codes are listed at pretty ridiculous prices, too – especially for a stress test that’s only lasting a single weekend and won’t even be live for the entirety of it. Many of the codes are listed north of $200, with some even approaching $300. One auction that’s live now on eBay has already hit $360. It ends after the first round of testing on Friday, meaning whoever buys that code won’t even get to participate in all of the gameplay sessions happening weekend.

Some Elden Ring fans are desperate

Of course, people can list anything on eBay for whatever price they want, but that doesn’t mean they’ll actually sell it. We hear that all the time when we see eBay listings that dramatically overvalue a product, and while it is sometimes true that high-priced items ultimately don’t sell, that sadly isn’t the case for these Elden Ring codes. 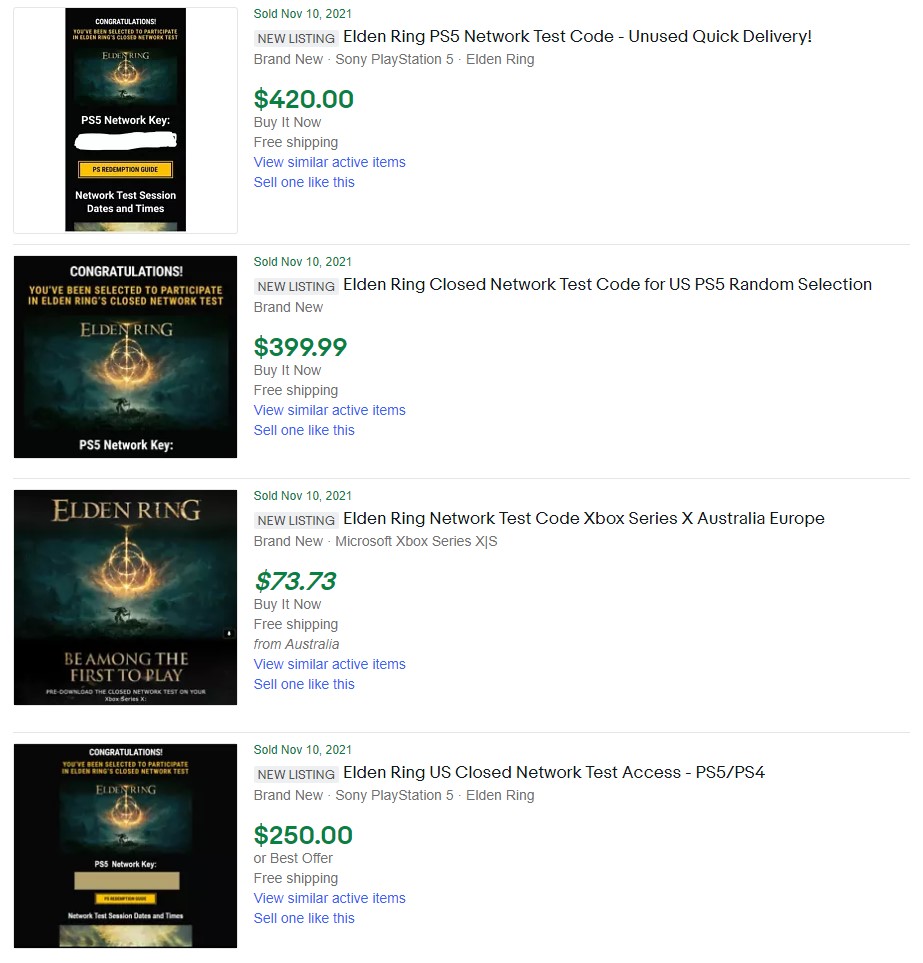 Looking at the sold listings is even more depressing than looking at the active ones. Several codes have sold today already, with one PS5 key going for an eyewatering $420 (which feels like a joke). Another PS5 code sold for $399.99, while a number of others have sold for around $250.

Scalpers tend to flock to anything they think is going to be a hot commodity, and reselling pre-release orders for games and consoles the seller doesn’t even have in their possession is nothing new. Scalpers on eBay tried the same thing with the SNES Classic Edition before that launched, and last year, FPGA console maker Analogue said that it would be monitoring sites like eBay to stop scalpers from reselling consoles they didn’t actually possess.

Ultimately, the people who are buying these codes can spend their money how they wish. With Elden Rings‘ release just a few months away, however, it seems much better to take a patient approach and play the full game for $60 in February, rather than bits and pieces of the game for hundreds now. That’s just our take on the matter, though.