No good idea in the tech world goes without replication, and while eero may have started the home mesh networking segment, it can’t afford to rest on its laurels. Throw open your doors, therefore, to the second-generation eero and the new eero Beacon, promising more flexibility, a more competitive price, and more speed. Indeed, performance is said be as much as twice that of the original eero, which launched back in 2015.

Since then, the mesh networking market has flourished. On the one hand, traditional router manufacturers like Netgear and Linksys have woken up to the idea that consumers will pay for more consistent coverage wherever they are in their home. At the same time, heavyweights like Google have weighed in with products like Google Wifi: with the bulk of their services residing in the cloud, it makes perfect sense to streamline how readily users can reach them. 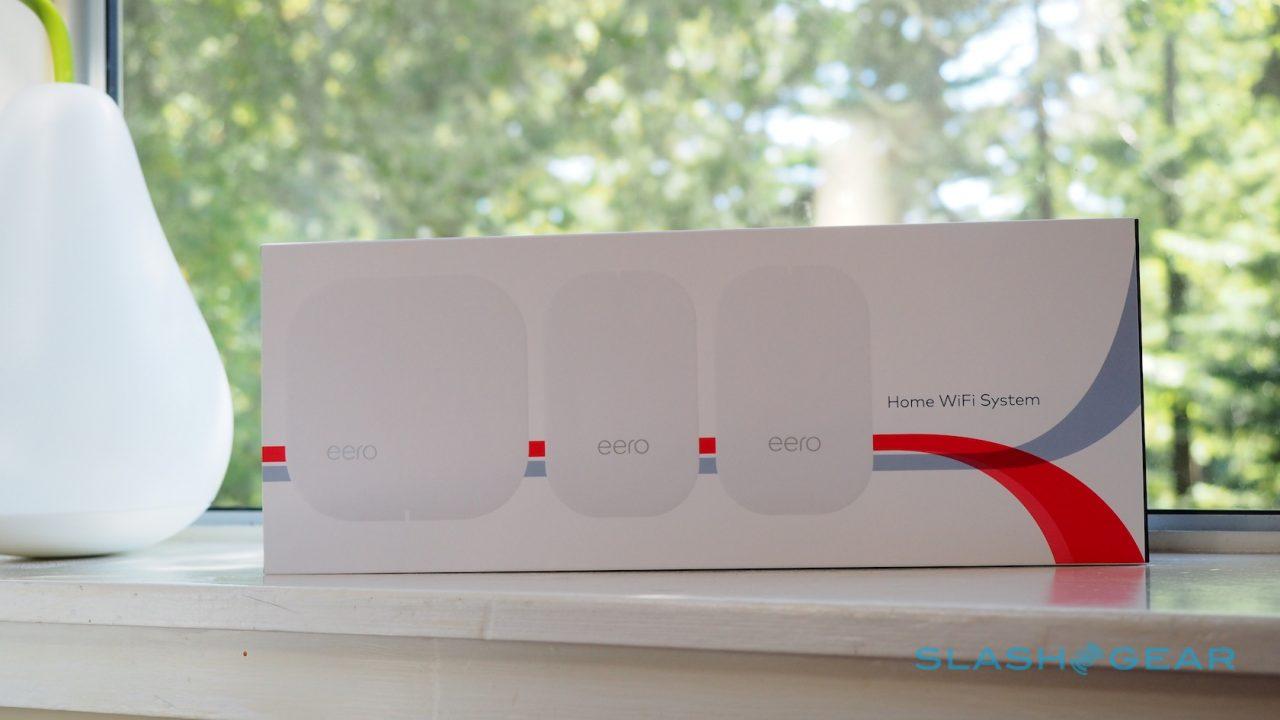 Where does eero go after all that? The answer is doubling-down on its mesh’s core strengths – coverage and speed – and boosting its practicality in ways the company believes will benefit everyday consumers. So, has it managed that?

Where once there was a single eero unit, now there are two. The second-generation eero looks like its predecessor, a short, slightly bulging white box with two gigabit ethernet ports on the back. Unlike the bevy of flashing lights that can leave some routers resembling KITT from Knight Rider, there’s a single LED that glows white when everything is fine and red when it’s not. Power now comes courtesy of a USB-C port.

It’s joined by the eero Beacon. Half the size of the regular model, it’s designed to plug directly into an outlet. You don’t get any ethernet ports, but you do get a nightlight that softly illuminates the ground underneath. It sounds like a gimmick – indeed, you can turn it off, or set a schedule for it to be active – but it’s actually a cunning plot to get you to leave the eero Beacon somewhere unblocked by furniture. That makes a significant impact on performance, after all. 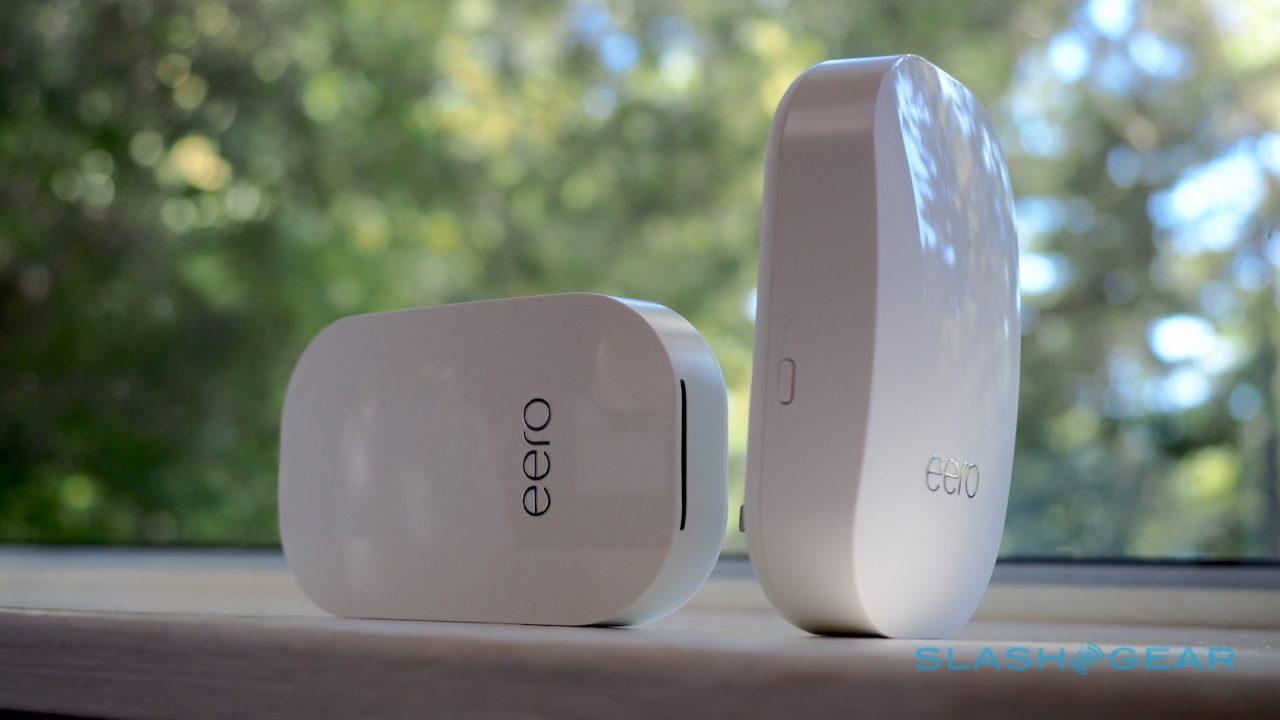 While the design language may be familiar, inside it’s all-change. More than twice as powerful as the original eero, the second-generation system supports WiFi 802.11a/b/g/n/ac with 2×2 MU-MIMO and beamforming. A third 5 GHz radio has been added, for dedicated backhaul between eero units without congesting the bands your wireless devices are using.

There are also Bluetooth LE 4.2 and Thread radios. The latter paves the way for eero being a home hub for the broader Internet of Things, acting as a controller for smart locks, connected bulbs, thermostats, and other devices without needing to plug in the multitude of third-party hubs. For the moment, you’ll struggle to actually find devices that rely on low-power Thread – though recent hardware like the Nest Cam IQ has support for it – but eero argues that accessory makers have been collectively waiting for a compatible router before embracing it completely.

eero Beacon isn’t quite as advanced as the full-size eero, with dual-band WiFi but no ethernet ports, though it still gets Thread and Bluetooth support. Even so, the company claims that a two-unit combo of a 2nd-gen eero and an eero Beacon will outperform the first-gen three unit kit.

Before you bemoan your original investment, though, don’t fret: both of the new models are backward compatible. If you have existing eero hardware you can merely add the new eero and eero Beacon into the mix. Just be aware that your Thread network coverage won’t be as good as your WiFi coverage, since the old routers lack the specific radio.

Ease of setup was one of the original eero goals, and this new system is even easier. It’s all done through the eero app, which walks you through installing the first router – basically involving plugging it into your modem, powering it up, and then waiting 30 seconds or so until it’s recognized – and then telling it where in your home it is. eero asks what sort of layout the building follows, whether it’s tall or long, and how many levels, and you can name each router according to where you place it.

After that, you plug in the eero Beacons one by one, and go through the same process. eero tests the connection speed between them at each stage, warning you if they need to be closer together. Over time, the promise is that the app will notify you if you could improve overall performance by changing their positions – there’s also a test you can run manually to check the efficiency of the interlink – but I didn’t get any advice. 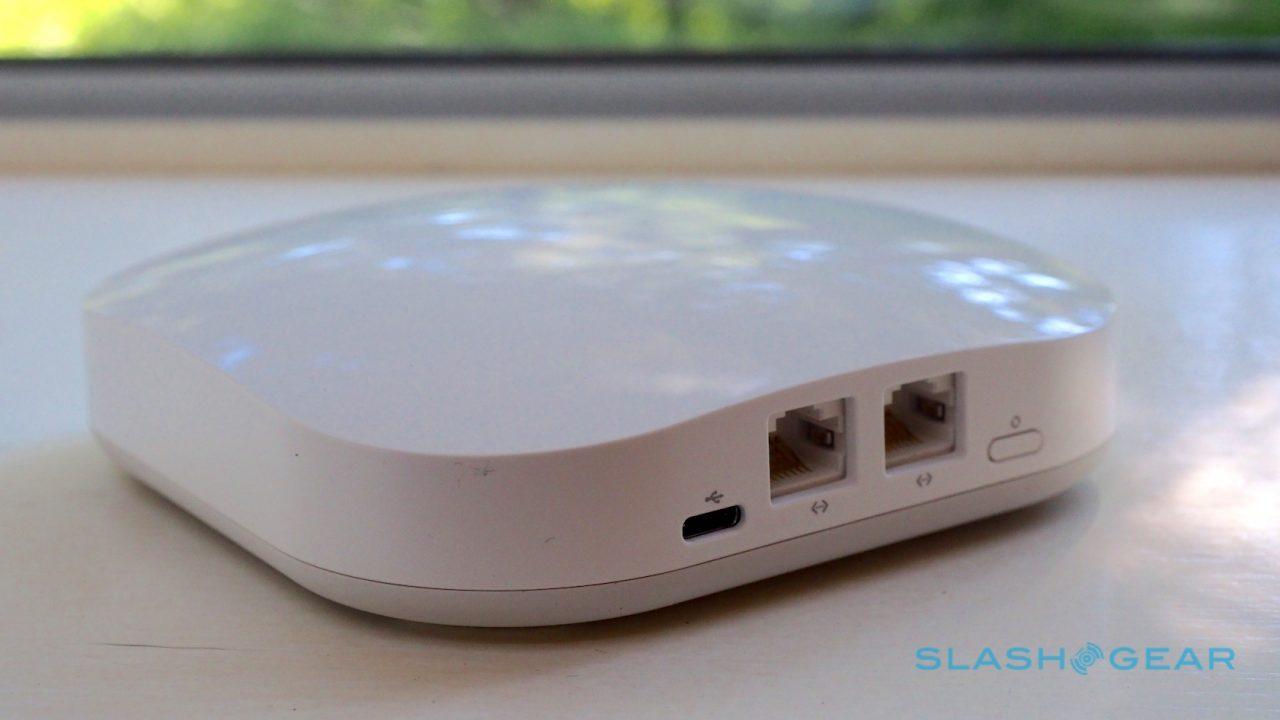 At that point, you can just start using eero as you would any other router. Both the 2.4 and 5 GHz bands are identified as a single network, devices automatically switching according to the needs of range and speed. There’s no browser-based page to monitor setup, everything being done instead in eero’s app. That gives you a simple read on how many WiFi clients are connected, the results of the most recent internet speed test, and the current status of each eero unit.

Dig in, though, and there are some extra settings you can play with. Most are shared with the original system, like guest access for a second network and family profiles for controlling permissions for groups of devices assigned to different individuals. You can put your kid’s phone, console, and tablet all in one group, for instance, and then cut them off from the internet teat with a single button press. Alternatively, you can schedule when their connectivity is paused.

Newly added are two premium features, part of eero’s plan to evolve its system from merely routers to a full platform. Eventually that’ll mean APIs so third-party developers can run apps and services on eero, but for now there’s eero Plus, a $9.99 per month subscription that enables whole-home network security, and parental controls with content filtering. 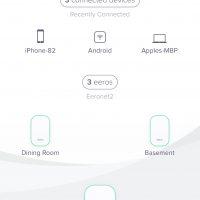 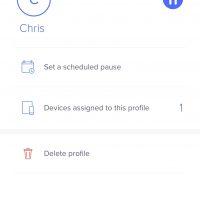 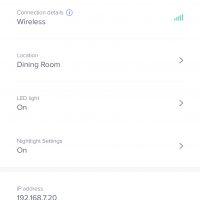 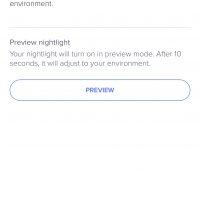 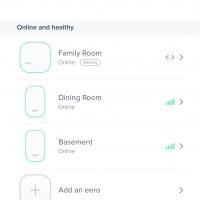 According to eero they’re the most-requested features users currently have. The former promises to spot any potential malware, ransomware, or phishing attempts and block them automatically. The latter, meanwhile, can control what an individual device – or a family profile’s assigned devices – can view online, according to categories like “illegal”, “adult”, or “violent”. It can also force Google’s SafeSearch to be applied. eero Plus wasn’t available for me to test for this review.

eero isn’t the only company trying this subscription-based model. On the one hand, there’s clearly an appetite for these features, and if you have kids the ability to control what they can and can’t access might be a valuable selling point. eero errs on the side of simplistic with its settings – there’s little more than an on/off switch – which, though lacking the complex whitelisting abilities rival systems promise, does at least have the advantage of cutting out the setup headache that might dissuade many from actually using filtering and malware protection.

Compared to buying and installing software on every device in the home – which might be bypassed by sly kids, or even impossible on IoT devices – eero’s $9.99 subscription does make some financial sense. However, I could understand you opting to wait and see what else gets added to eero Plus: the company says it plans to treat it like Amazon Prime, adding extra talents over time, all for the same monthly fee.

Like an increasing number of people, I don’t have a particularly straightforward networking setup. First off there’s the sheer number of wireless devices each fighting for their connection: laptops, phones, tablets, smart TVs, and then the growing roster of WiFi-equipped gadgets like cameras, streaming speakers, home assistants like Amazon Echo and Google Home, and more. Then there’s the topography of the building itself, with a mixture of wood and concrete construction, spread over a couple of levels.

No two houses are ever alike, of course. I opted to compare eero gen-two to its most likely competitor, Google Wifi. It’s the system which, when I first tested it late last year, out-performed the first-generation eero.

I installed three eero units – one second-generation eero, and two eero Beacon – in the same locations as three Google Wifi units. One was central in the house, in the living room where the internet modem is; another was on the same floor, but on the other side of the house. Finally, the third was downstairs in the basement. I then performed multiple iperf3 speed tests with a computer plugged directly into either the living room eero or Google Wifi, and a client device in the same room, at the opposite side of the house, and downstairs in the basement. 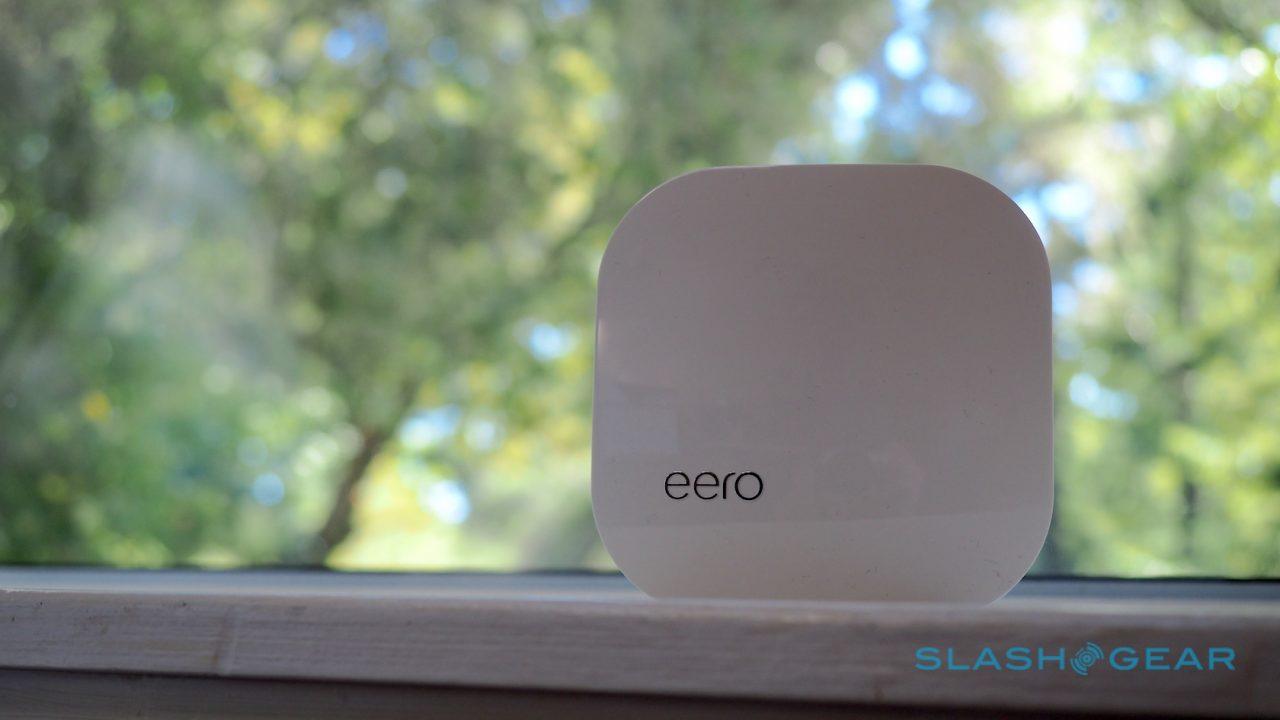 The results saw eero nudge slightly ahead of Google Wifi, at least when at a distance from the main unit. In the living room, the two systems were about equal in speed. At the intermediary distance, on the same floor but on the other side of the house, the new eero system was slightly faster. Down in the basement, though, eero was almost 50-percent faster than Google Wifi.

Notably, that’s the location where the first-generation eero struggled most in my tests last year. In comparison, this time around the new eero proved to be more than twice as fast in the basement. Again, your results will undoubtedly vary given the different wireless environment, how many other routers at neighbors houses you’re near, and such, but overall it’s an impressive showing.

Of course, a three-unit set of Google Wifi is $299, whereas the same amount only gets you a 2nd-gen eero and an eero Beacon. To see what difference that made, I unplugged the basement eero Beacon and re-ran the speed tests there. Interestingly, though it was slower than Google Wifi in that circumstance, it was only by around 20-percent. It was also still faster than the first-gen eero three-unit set had performed in the same location, with a third router in the basement. eero will also sell you a “Pro” system, with three full-sized 2nd-gen units, for $499.

Last year, I recommended Google Wifi over the first-generation eero, because it was both cheaper and faster in my testing. Now, the balance has shifted again. While performance is invariably dependent on the layout and construction of your home, an easy-to-install two eero system about matches a three-unit Google Wifi system, while a three eero system improves on its speeds. 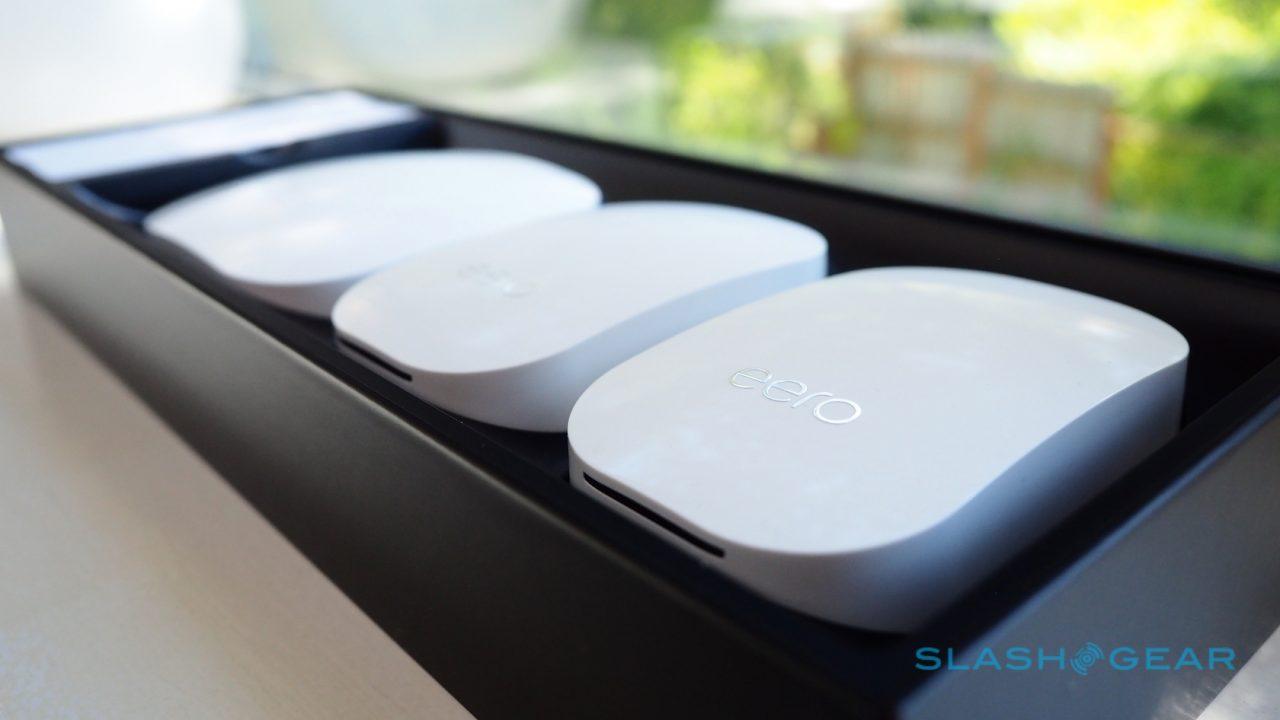 Those three units will set you back $399, mind, a not inconsiderable amount. Yet eero also offers content filtering – albeit with a subscription fee – that Google’s system, so far, has not. My original criticisms about a shortfall in physical ethernet ports on either company’s routers still stands, and I wouldn’t necessarily recommend existing eero owners jump to make the upgrade: eero Plus will be an option on the first-gen hardware, eero is promising ongoing software updates, and right now Thread isn’t really used. Still, if you’re shopping for your first mesh router system, eero should probably be your first port of call.