Facebook’s all-seeing ad algorithm thinks my colleague Vincent loves quilting, and my mom is to blame. She doesn’t have a Facebook account, but I do, and sometime in the past few years I shared photos of the quilts she’s made. Vincent clicked the “Like” button and hey presto, Facebook has a shiny new data point in its perception of him, however false that might be.

With just how much the social network knows – and infers – about you making headlines this week, it’s a reminder that even the cleverest AI can make missteps. Facebook’s involvement in the Cambridge Analytica controversy hinges on its insistence that the vast cache of data eventually shared with the voter influencing firm was, however misguided that might have been, collected initially within the rules of a since-tightened API. It’s also a reminder that you should really check your Facebook ad preference settings, because it’s both hilarious and worrying.

We’ve already covered how to do a Facebook privacy audit for your account, sifting through the connected apps that might have been lingering for years, not to mention controlling what data third-party games, surveys, and other apps will get to view your information simply because your friends try them out. If you’re truly sick and tired of the site, you can delete your account altogether. Of course, for many that’s just not an option – or, indeed, an extreme they actually want to go to – and so the next best thing is making sure what Facebook thinks it knows about you is actually correct.

Facebook ad preferences is the place to do that. Even if you’ve never clicked on an advert on the site, the social network builds a profile of your interests based on what content you and your friends share. Vincent’s unexpected fascination with quilting, for instance, was revealed in the “Your interests” section, which is broken down into categories like Technology, Business and industry, and shopping and fashion.

Depending on how you use Facebook – for personal friends only, or for work, or like many a mixture of the two – there’ll probably be some understandable entries in there along with some less obvious ones. My interest in smartphones, robotics, and the iPhone aren’t exactly hard to predict. I’m not entirely sure, though, why Facebook believes me to be similarly curious about spring hydrology, “pockets,” and dragons.

Clicking on an interest will show you sample ads that might be triggered by it. Alternatively, you can vanquish it altogether by clicking the cross that appears when you hover your mouse over it. In the box underneath, Facebook shows the results of that targeting: the advertisers you’ve interacted with. 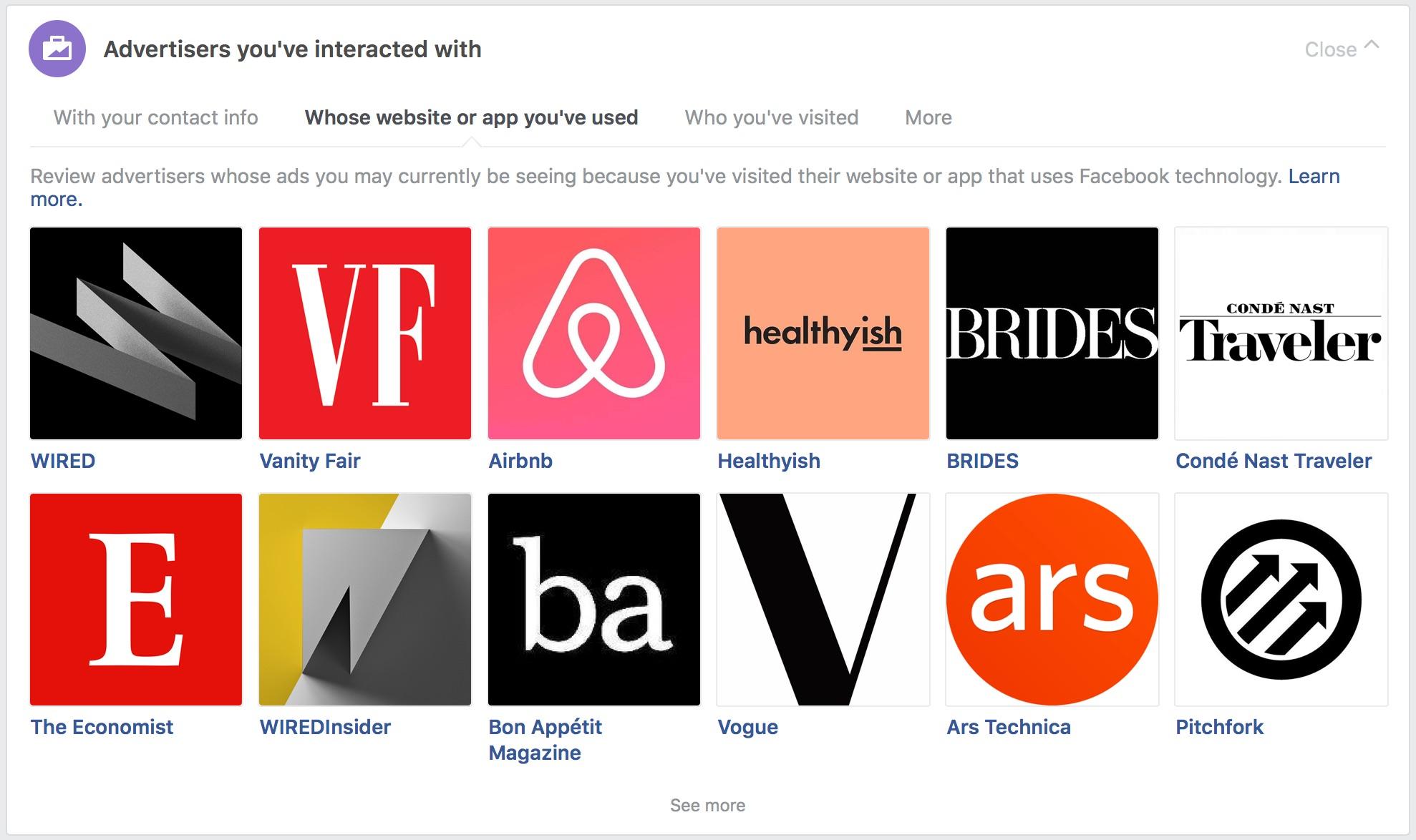 It’s an eye-opening experience for someone like me who, typically, is cautious about handing over my contact details, much less access to my Facebook profile. As you might expect, though, the social site is fairly cunning. Even if you don’t tell a business about your Facebook profile, if you give it your phone number or email address it can then be matched against that same information on your Facebook account. Sneaky stuff. Facebook doesn’t give the option to delete what data that advertiser might hold on you, unsurprisingly, but you can choose to hide all adverts from that particular advertiser. 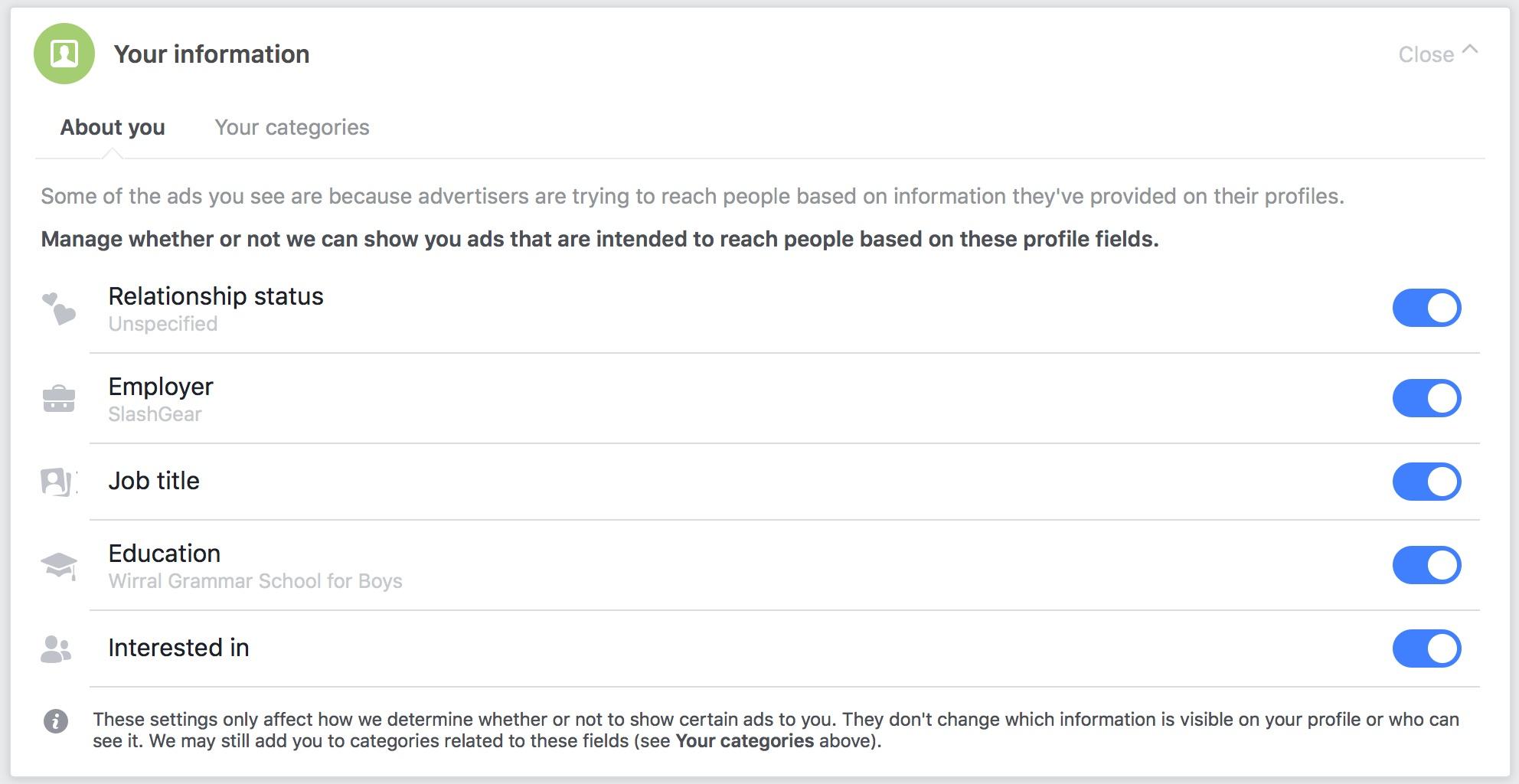 What you can change falls below. Under “Your information” you can choose whether factors like your relationship status, education, or other factors can be used to target ad categories at you. If Facebook knows you’re engaged, for instance, it might decide to show you more wedding planning promotions. 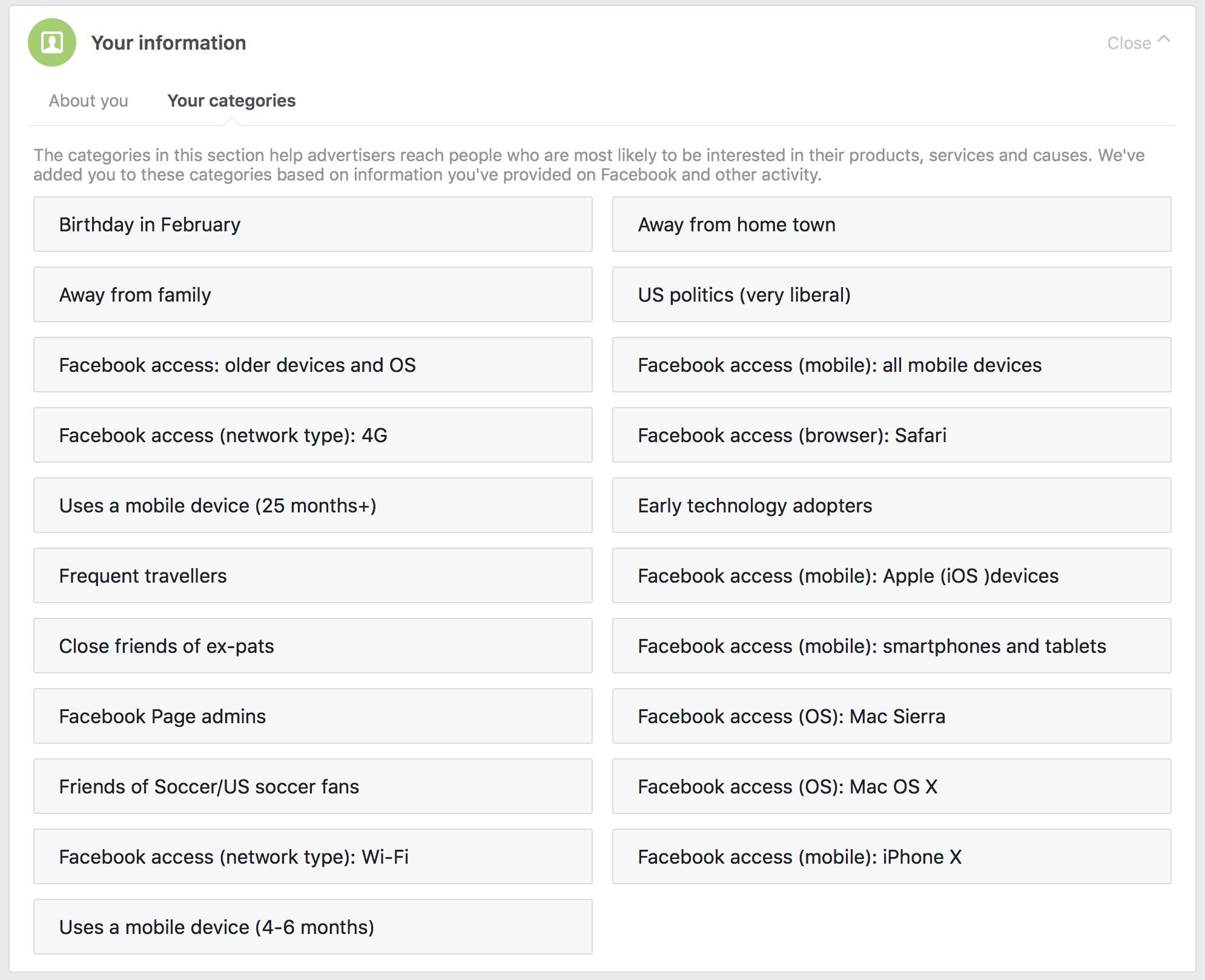 Where it gets creepier is when you click over to the “Your categories” section. There, Facebook lists all the inferences it has made about you. Some, like the month in which you were born, come from data you’ve voluntarily handed over in setting up your profile. Others, though, are based on what the site has figured out about you from observation. I don’t use Facebook location check-ins, for example, and nor do I generally geotag my posts or photos, but it still figured out that I’m a frequent traveller.

Finally, there’s “Ad settings” – that’s where you’ll probably want to take a firm hand. By default, Facebook allows third-party sites that use its technologies to show interest-based adverts: Vincent might see quilt promotions while he’s browsing for rental car deals. Then there’s whether third-party adverts can use your preferences. Finally, there’s whether your friends can see the results of your “social actions” in adverts: if you’ve ever seen a friends’ name and the suggestion that they like a certain company or product, then you know they have this turned on. 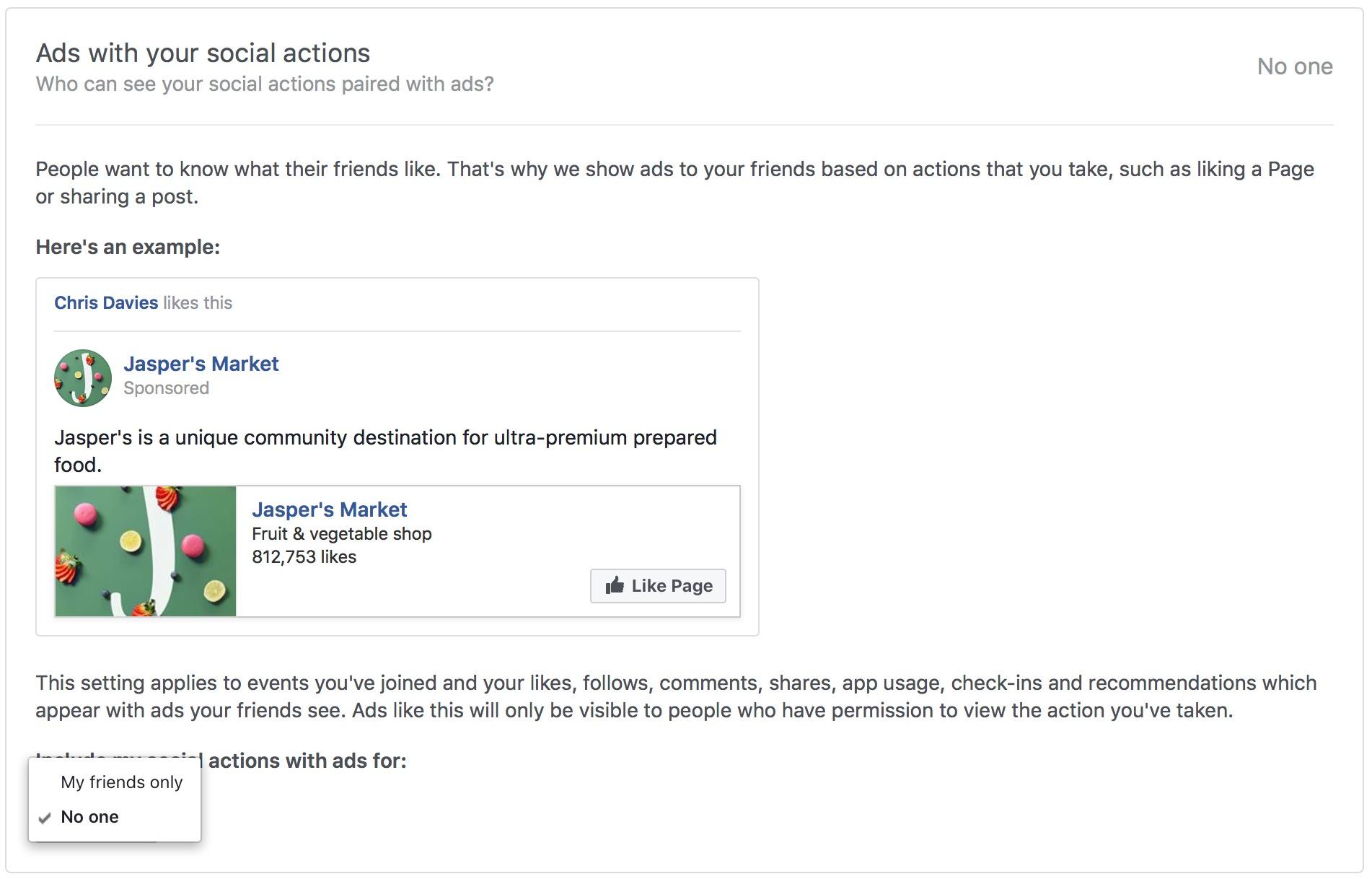 Facebook warns that, if you turn off this targeting, the adverts you see aren’t necessarily going to be so relevant to you. Whether that’s a realistic concern for you comes down to personal preference, of course. Myself, I’d rather see irrelevant ads and know that fewer of my personal details were being passed around in the background.