Facebook is under fire for how carefully it treats your personal data, but you don’t need to wait for regulators to wade in before doing an audit on how socially exposed you are. The social network doesn’t make it too obvious how you can limit the visibility on things like third-party apps and what Facebook games can see about you, but it’s not impossible. Indeed, it’s worth taking a few minutes to go through and make sure you’re comfortable with just how your Facebook account is set up.

Certainly, I can’t blame you if you decide to delete your Facebook account altogether. The social network has always been a huge potential time-sink. Now, with reports of voter manipulation, fake news squeezing out real reports, and little evidence that Facebook has put cleaning things up any higher than its efforts to encourage you to log back in again and again, even more people are left wondering whether they can do without the social network altogether.

All the same, washing your hands of Facebook completely might be too much for many to stomach. After all, it’s become the primary way that a lot of people keep in touch with distant family and friends; despite efforts by others, little has stepped in with a realistic chance of replacing that. That doesn’t mean you can’t do some housekeeping of your own, mind. 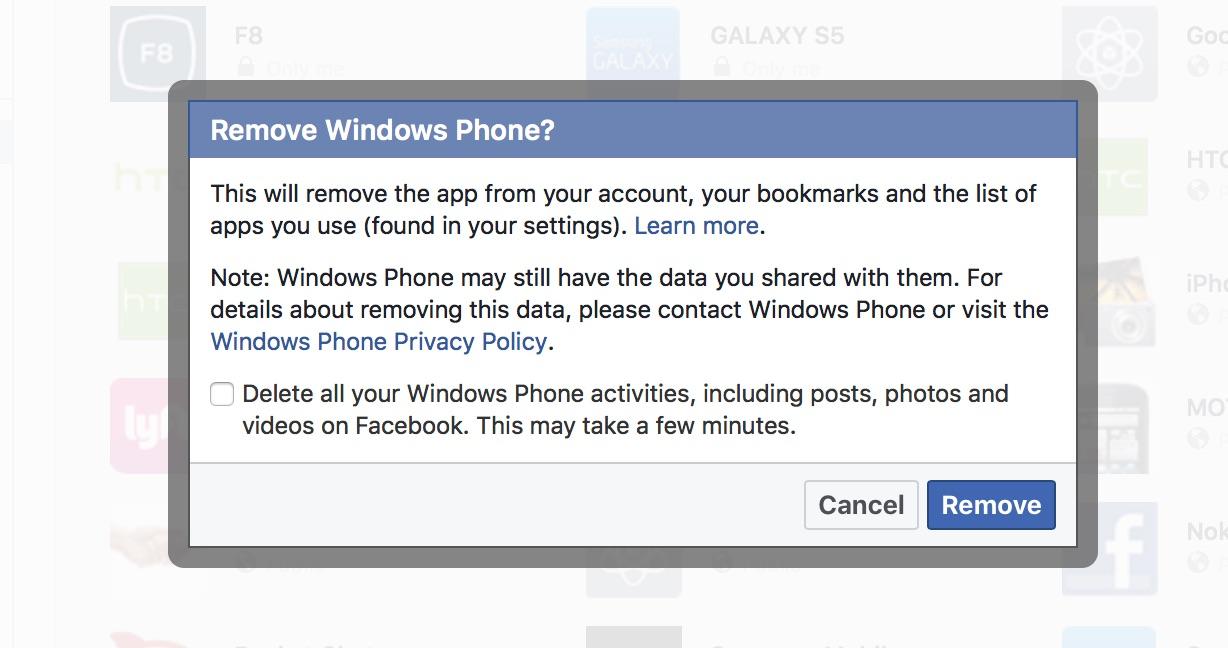 A good place to start with that is your Facebook App Settings. If you’ve been using the site for a while, you might be surprised to discover just how many sites and services have been granted access to your Facebook data. Happily the site does have a page which pulls them all together, and if you’re anything like me it can make for surprising reading.

Services I’d not used for literally years were still hanging around in there. Sites I’d tried once and then never used again, but which had been merrily linked to my Facebook account ever since. Remember MOTOBLUR, or the Nokia N900? Those apps still had access.

Facebook makes it straightforward to delete them, and you can also delete any of the activities – including posts, photos, and videos – that they may have added to your account over the years. It’s good practice to do this across any social network that offers third-party integration, frankly: I do it periodically with Twitter, but hadn’t thought to dig into my Facebook account, which I use primarily for work purposes.

You can go further than that, however. If the Cambridge Analytica controversy has you spooked about Facebook, but you don’t want to drop the social network altogether, there are two other options. 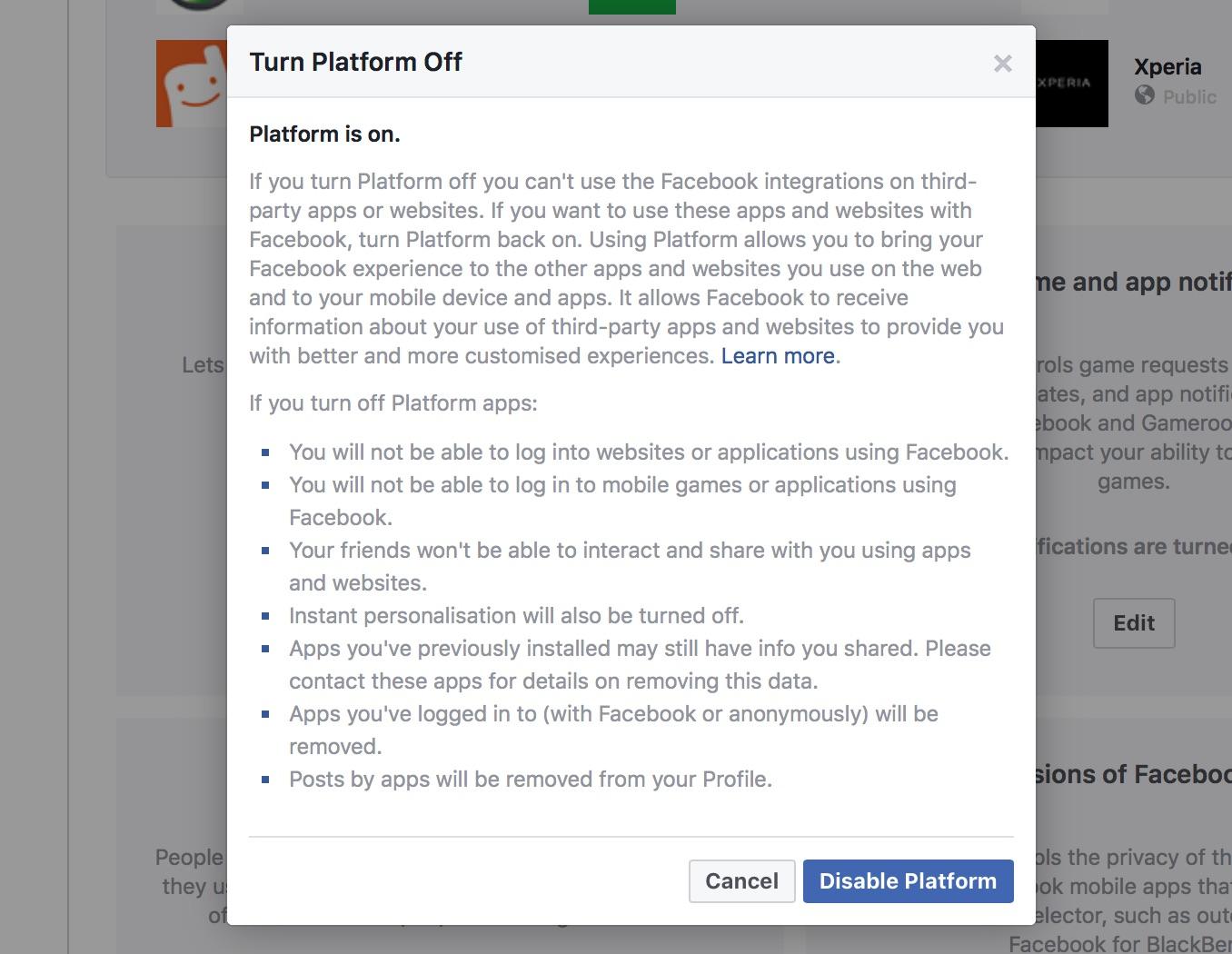 First is “Turn Platform Off.” Basically, that shuts down all Facebook integrations on third-party apps and websites. Turn it off, and you can’t log into them using your Facebook credentials, any posts by third-party apps will be deleted from your profile, and any apps you’ve logged into are removed. Facebook friends using third-party apps and services won’t be able to interact with you through them, even though you’re still friends on the site.

The other change worth considering is “Apps others use”: it’s this which turned less than 300k people playing one Facebook research game into about a data cache of 50m users and started the whole Cambridge Analytica saga. In short, it’s what permissions Facebook has to share your details when your friend uses another app. Even if you’re not playing games on Facebook, or taking tests, if your friends are, the creators of those games and tests could get access to your information. 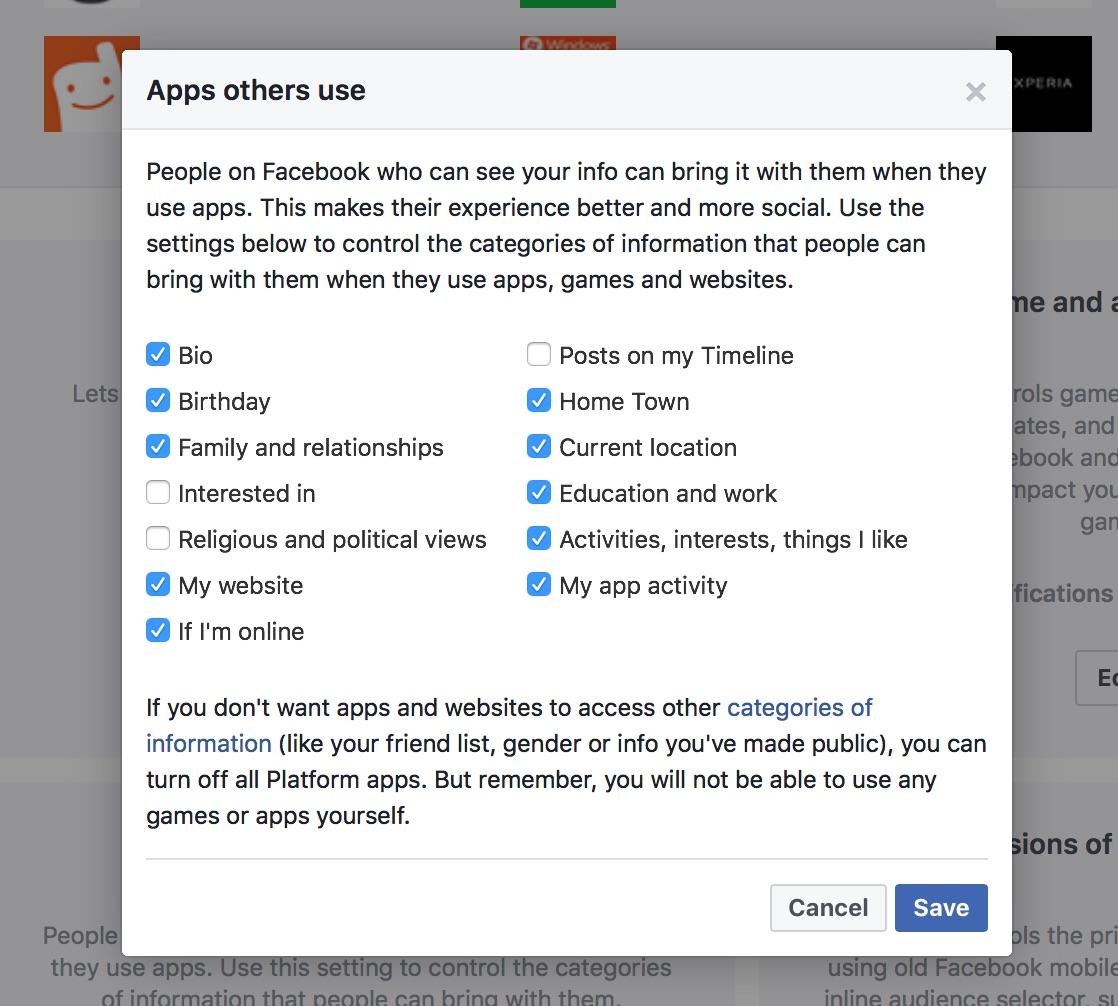 When I checked, most of the data was set to share by default. That meant companies I never interacted with could see my birthday, family and relationships, my online status, and indeed my own app activity. It’s worth noting, though, that even if you uncheck every box, apps and websites will still be able to see your friend list, gender, and information you’ve made public.

Certainly, there’s nothing quite so secure when it comes to preserving the “personal” in personal information as deleting your Facebook account altogether. Nonetheless if you’re not quite at that stage yet – and I can’t entirely blame you for that – there are still some steps worth taking in making sure your data is as protected as possible.