Edison OnMail throws down the privacy gauntlet to Gmail

Email app-maker Edison has announced a new email service, Edison OnMail, aiming to take on Gmail with a privacy-focused, permission-based mail system. Set to launch over the Summer, OnMail promises to do a 180 from the current trend of adding in productivity features and extras in email platforms. Instead, it just wants to make it easier for you to get to Inbox Zero.

That means a far more simplified inbox – and one which doesn’t work on the idea that email is a dying medium. Instead of giving tools to better triage what arrives in that inbox, OnMail’s idea is to limit the flow of messages getting into it in the first place.

The key to that is Permission Control. While Edison’s homegrown tech is an integral part of the OnMail service, its most noticeable impact is probably going to be keeping random messages out – including emails from people you don’t know, and retailer blasts – unless you specifically permit them.

“Other core features of the service are designed to stop common email problems like unwelcome solicitations flooding your inbox every moment,” Edison Software says, “outdated mailbox search functionality that does not retrieve the information you need, and having to break up attachments that are too large to send, to name a few.”

Read receipts will be blocked automatically, and there are no adverts in the service. That’s despite the promise of both free and paid versions of OnMail. The search system will support more natural language queries, so as to stand a better chance of turning up what you’re actually looking for.

OnMail will also focus on relationships, rather than just individual email chains. There’ll be links between different conversations had with the same people, and the documents that were shared as attachments. 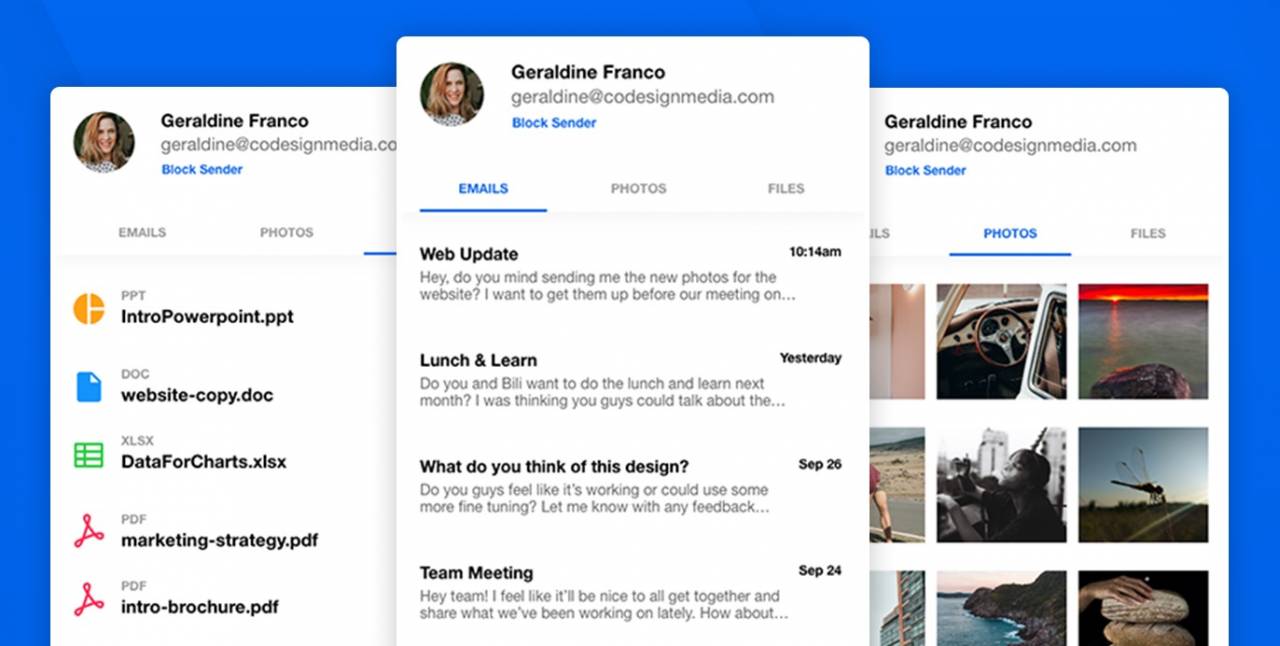 Edison is no stranger to email. The company’s smartphone app has built up a devout following, and launched for macOS in late 2019. Edison also integrated an email-focused Assistant into the app, which promises to surface details like travel reservations and shopping tracking, as well as more rapidly go hunting through your messages when you need to track something down.

Of course, there’s a big difference between entrusting your email access to a certain app, and switching wholesale over to a brand new email platform. Full details of OnMail – including how much space you’ll get at each subscription level, how that Permission Control system will work exactly, and other big questions – won’t be coming until closer to the Summer launch. Edison is currently taking reservations for those who want to be among the first users.