Sucking more, stumbling less: that may not be quite how Dyson bills the new Cinetic Big Ball Animal, but that’s the basic promise from the new canister vacuum. Borrowing from the same physics that keeps Weebles from falling over, the distinctive cleaner justifies its hefty price tag with less frustration around the house and more dirt in the bin.

At first glance, the Cinetic Big Ball doesn’t look vastly different from the existing Cinetic, but look closer and the changes are significant. The ball itself is larger now, while the dust bin is now partly recessed into the body. The hose latches directly to the bottom of the vacuum, rather than to a separate undercarriage as was the case before. 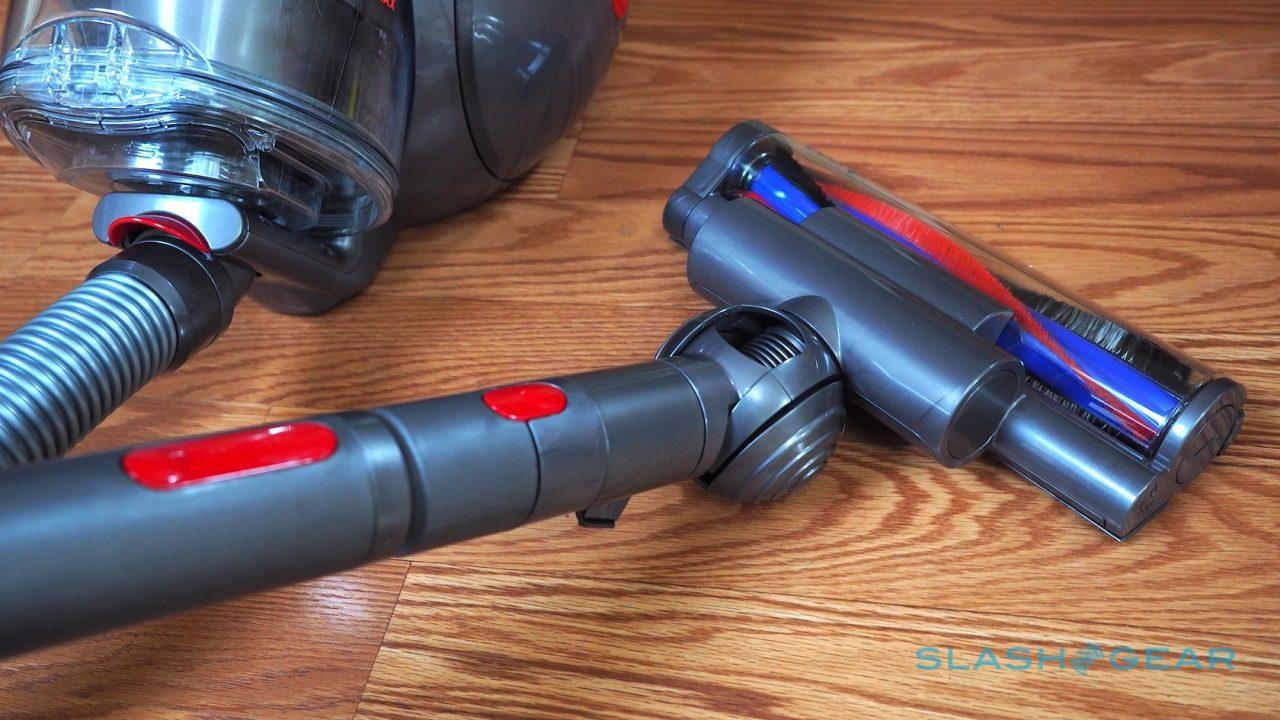 As well as the regular brush head, which has an easily-removable spinning brush for getting rid of hair and errant elastic bands, there’s an array of crevice and nozzle tools in the box. You also get Dyson’s Turbine Floor Tool, a half-width head which has two counter-rotating brushes with stiff little bristles.

It’s intended for removing pet hair from carpet and furniture, and sure enough it does a surprisingly good job. I share a house with a large, black and white cat who enjoys sleeping – and shedding – on a white bedspread, but the turbine tool picked up the fur without also trying to suck up the bedding. 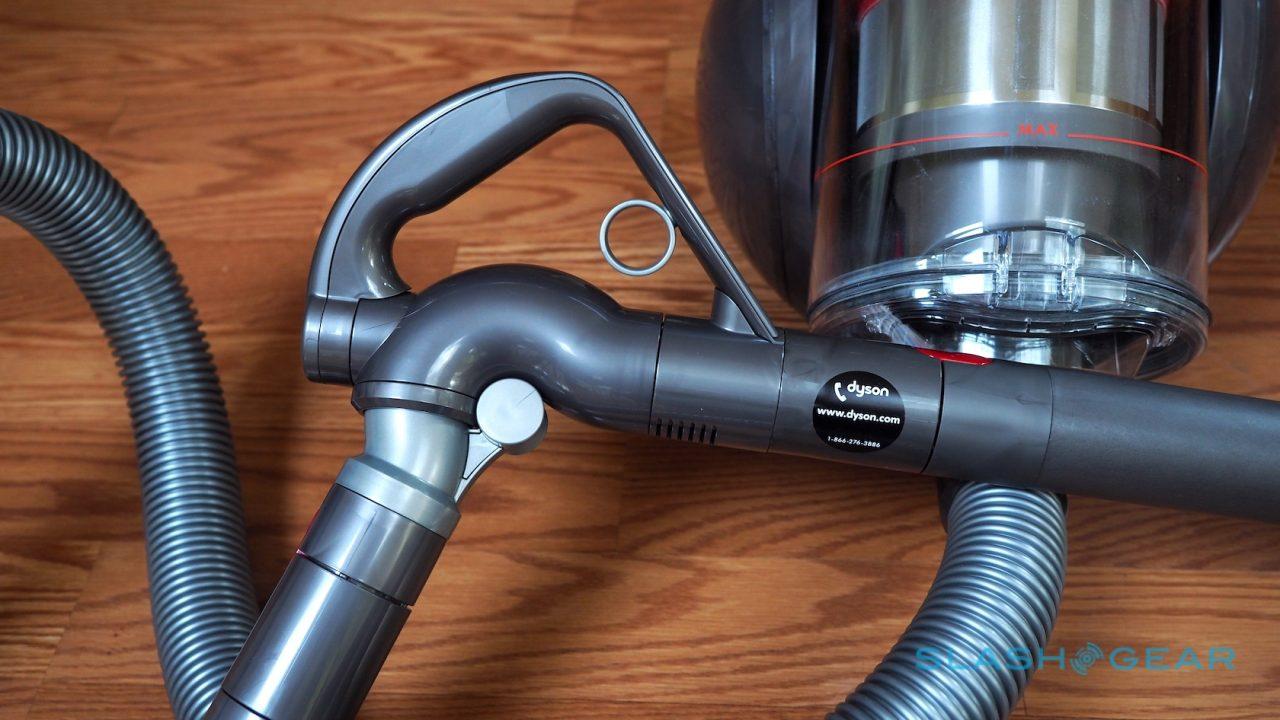 Dyson also throws in a handy adapter, in case you want to use any of the accessories from your older vacuum. The extending tube – which stretches over 49 inches long – can be removed, and the handle itself rotates in three directions. That helps with avoiding wrist strain, I found, since you spend less time fighting against the hose.

Want, hose, and brush head all clip to the back of the vacuum, though the clip itself feels like a rare weak spot on what’s otherwise a sturdy seeming machine. While it seems tough enough to hold the wand for storage, I suspect it wouldn’t cope if you tried to pull the Cinetic Big Ball around with it clipped in place. As for the rest of the accessories, unfortunately there’s no way to store than on the Dyson itself. 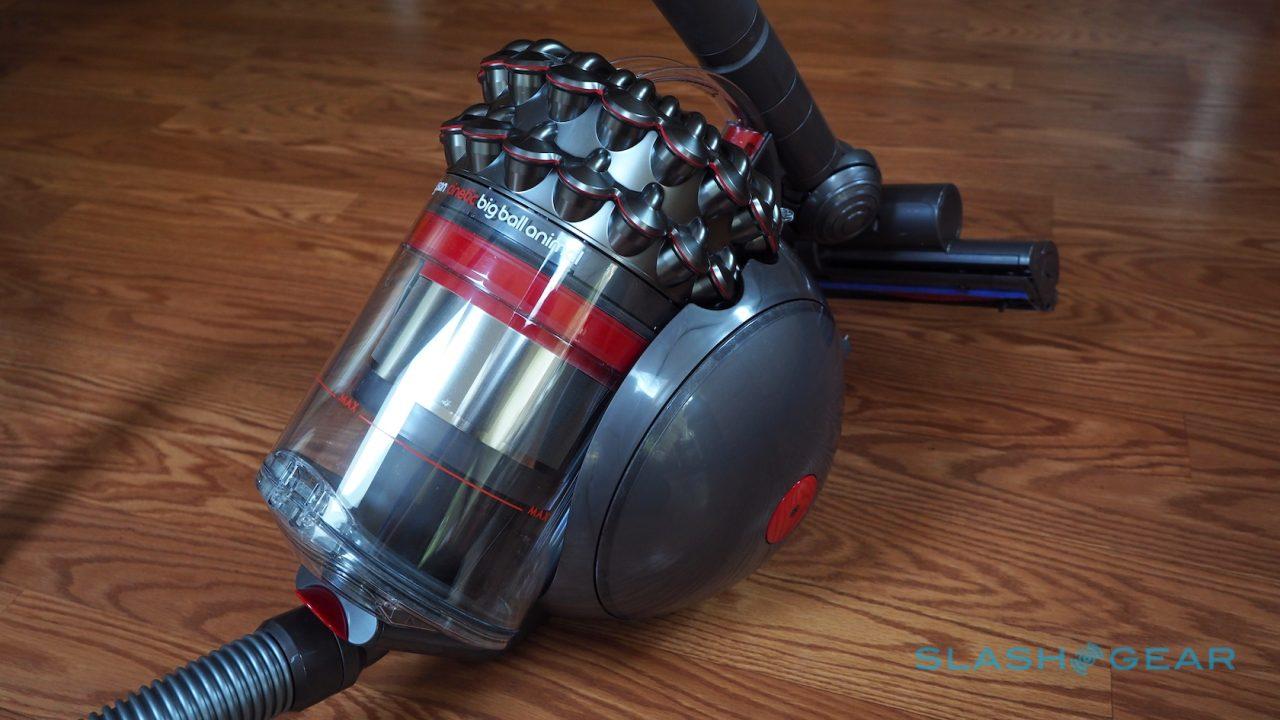 It didn’t take long before I was testing Dyson’s big claim of topple-proof vacuuming. There’s a lot of marketing speak about how the canister vacuum was designed to automatically right itself, but in the end it’s good old fashioned physics at work: the Cinetic Big Ball is heavier at the bottom and has curved sides, so it naturally wants to rock back into place.

Tugging it behind me by the hose, while I could pull the vacuum over on its side by changing direction, it was tough to do simply because the Cinetic Big Ball is fairly dense. When I managed to upend it, the Dyson just stood itself back up. 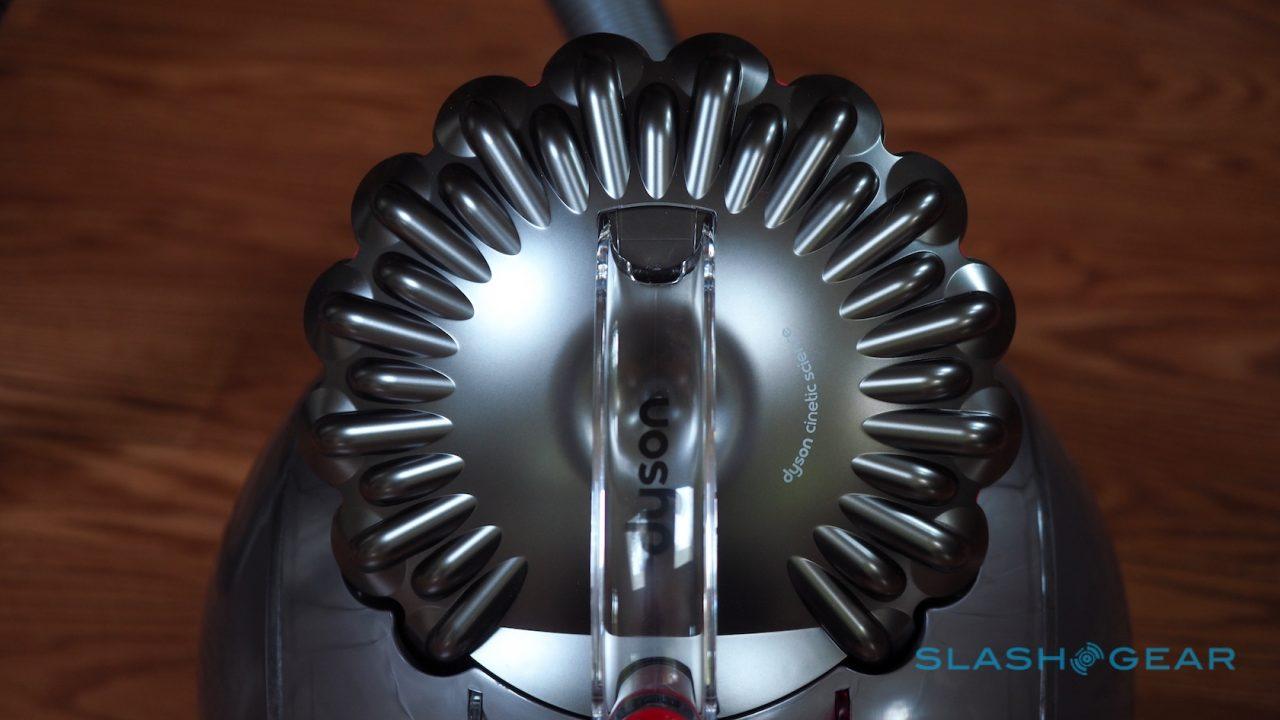 Strong suction on a Dyson is a given, with the Cinetic Big Ball bringing its 36 individual dust tips to bear. According to the company air enters the cyclone pack at over 100 mph, is promptly accelerated within the inner cyclones to 180 mph, and then relies on G-force to separate dust and particulates from the airflow itself.

That has another side-effect, which is that the vacuum lacks a filter. Usually, as well as emptying the bin, bagless vacuums also require a periodic clean or replace of their filter: that can involve rinsing it under the tap and then drying it, or even buying a whole new filter to install. 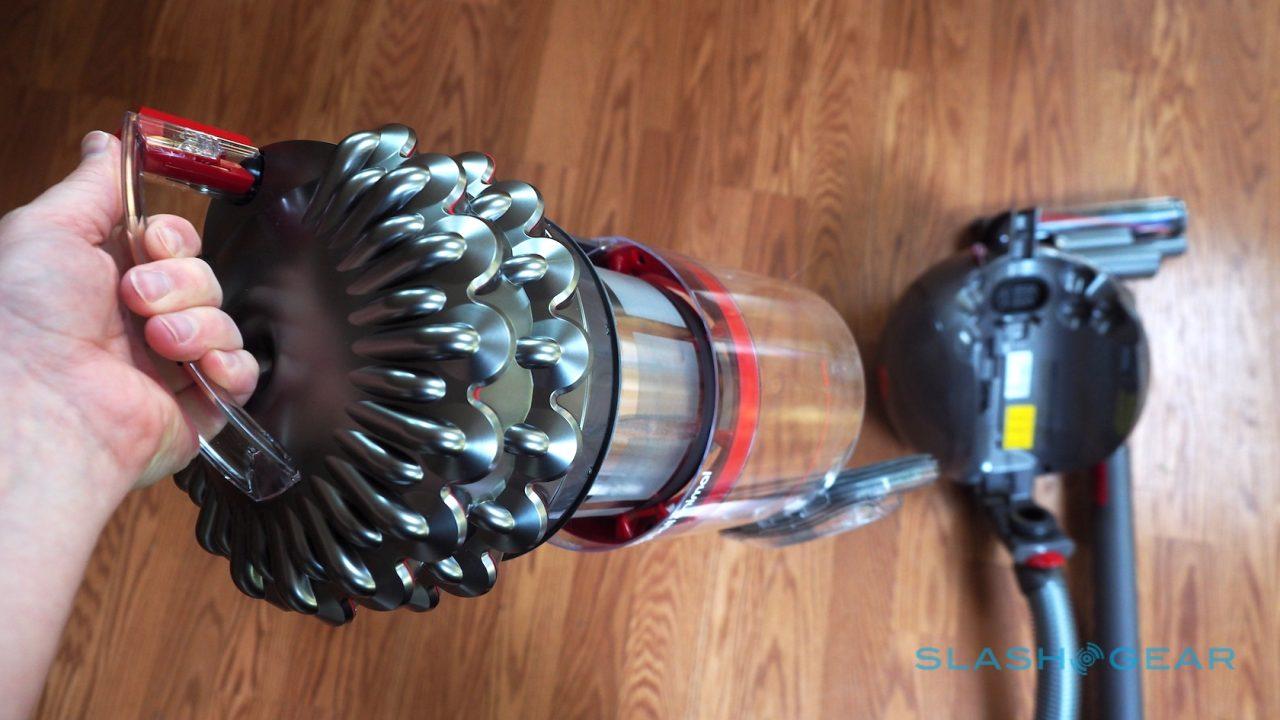 In contrast, Dyson says its Cinetic process is so efficient that it can do away with the removable filter. Instead, all you need to do is keep an eye on how much is in the dust bin itself – a little tricker than with an upright, since the contents tend to settle out of sight underneath – and then use the new “dirt ejector” mechanism to empty it.

As on the V8 Absolute cordless vacuum, that’s effectively a two-stage process: first the bin drops, simultaneously sliding a silicone collar down the shroud to dislodge any stubborn dirt, and then the base opens so that everything falls out. It’s a two-handed process rather than some of the earlier Dyson’s single-handed release trigger, but it saves you from the temptation to bang the canister agains the side of the trash can which can risk cracking the plastic. 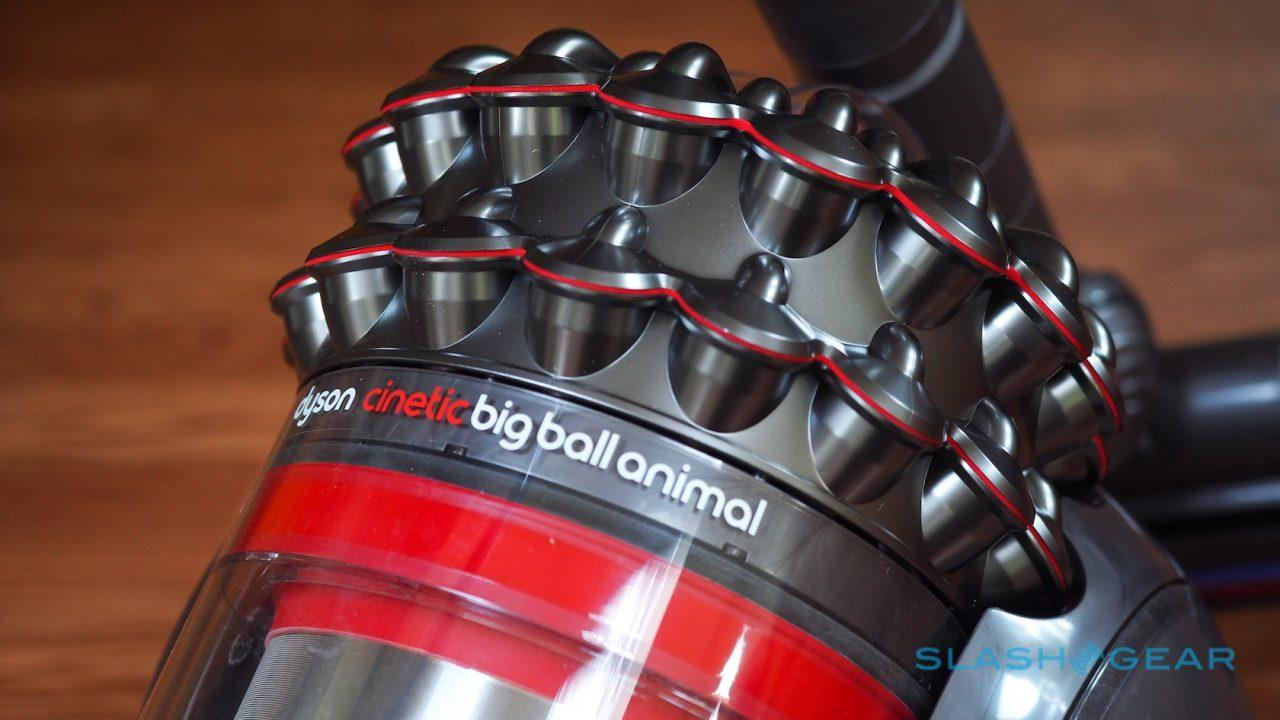 That’s really not something you want to do when you consider the premium pricing. The Cinetic Big Ball Animal comes in at $599.99 – the previous flagship Dyson canister, the Cinetic Animal, can now be had for around $450 – which is a lot of money whether you order today from Dyson online, or in-store from September 18.

Is it worth it? That comes down to your vacuuming preferences, really. As canister models go, there’s no denying that the Cinetic Big Ball Animal picks up dust with aplomb and stubbornly resists the urge to topple. Still, you’re dragging a reasonable amount of weight behind you, and some will continue to prefer an upright which spreads its mass in different ways.

Personally, I remain a big fan of the V8 Absolute, which for the same price has comparable suction but no cord. The limitations of its battery life do, however, give the Cinetic Big Ball an edge that canister fans might find hard to resist. 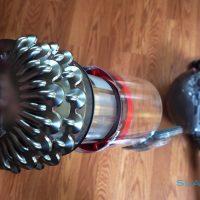 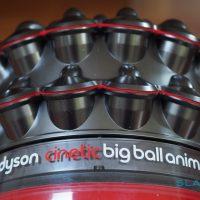 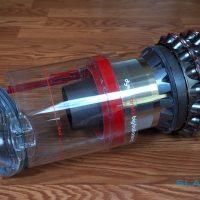 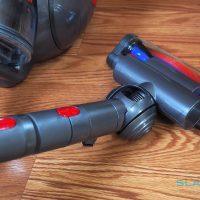 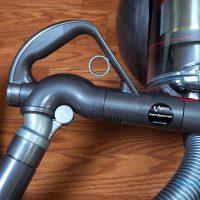 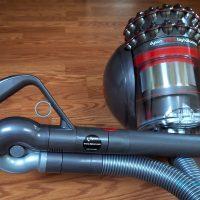 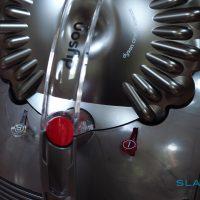 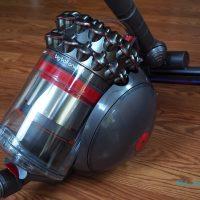 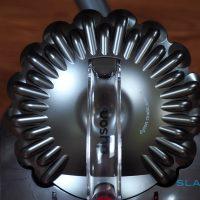 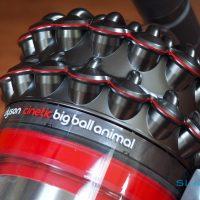