Dropbox is pushing its collaborative tools, graduating Dropbox Paper to a full product as it tries to avoid being dismissed as just another cloud storage service. First launched in October 2015, Paper is effectively a hosted workspace within which teams can manage a project from various locations and with multiple shared documents. After several months as a closed-beta, it opened up to all midway through last year.

Now, Dropbox is cutting the “beta” label altogether, and celebrating that with a variety of new features. Initially the web version will still be more advanced; it’ll take mobile apps a while to catch up to the 21 language support announced today, for instance. However soon, Dropbox says, Paper on iOS and Android will support offline access of workspaces.

Meanwhile there’s also the ability to assign due dates to task lists, while select users will be getting a preview of a whole new projects UI. That will sort all of the ongoing work into a single, shared space, Dropbox says. For those using shared documents on Dropbox but not relying on Paper, there are now tools to track what happens after the sharing takes place. For instance, users will be able to see who has accessed a document, and when that happened. 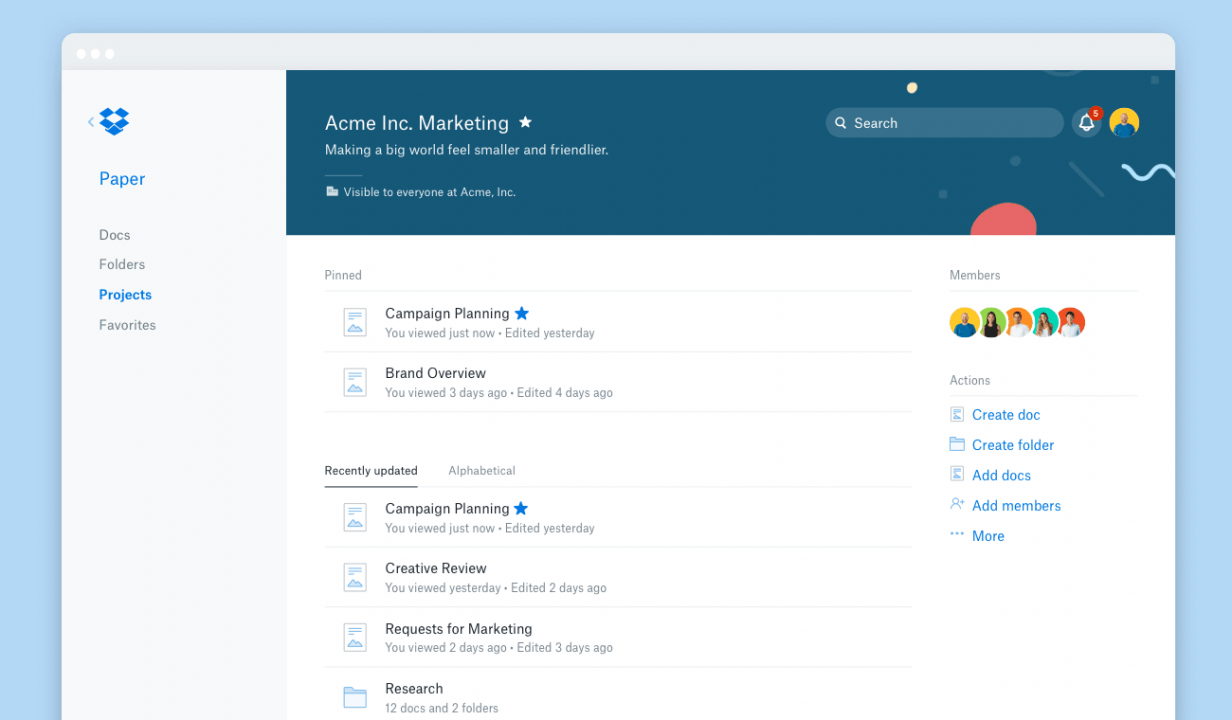 Arguably more interesting, though, is Dropbox Smart Sync. Launched initially as Project Infinite, it basically promises to blur the lines between what’s stored locally and what’s in the cloud. Rather than having a separate folder for Dropbox-saved documents, they’re collated in with local files.

Double-clicking a non-local document, should you need to view it, automatically downloads it. Now, Smart Sync supports cross-platform Windows and macOS sharing for files and folders.

Now, the bad news. While Smart Sync might sound perfect for those using Dropbox to harmonize their various PCs and Macs, initially it’ll be only available to Dropbox Business teams. Right now, the only way you can try it is through the early access program; Dropbox says it’s looking into whether it could be brought to individual users “in the future” but has no more exact timescale than that.