Dropbox Carousel deletes phone photos once they hit the cloud

The next generation of cloud storage from Dropbox has been revealed – deleting your phone-stored photos after they’ve been uploaded to their webspace. There are two ways to look at this. One is that you’re freeing up space on your smartphone by allowing Dropbox to hold them for you using Dropbox Carousel. The other is that you’re trusting Dropbox to have a perfect copy of your files before deleting them from your phone, also trusting that they’re only deleting said photos after the upload is complete.

A word of warning – there’s no documented case yet in which Dropbox has deleted photos before they were uploaded with Carousel, but this situation does have some vast potential for disaster. IF the developers hadn’t built in several safeguards against this situation occurring, that is to say.

Chris Lee, Dropbox’s head of product development for Carousel, said today that the company attaches a unique identification number to each photo as it’s seen by the app. These unique identifiers are compared to numbers stored in the users’ Dropbox online. If a photo is already online, the photo on your phone is earmarked for potential deletion. 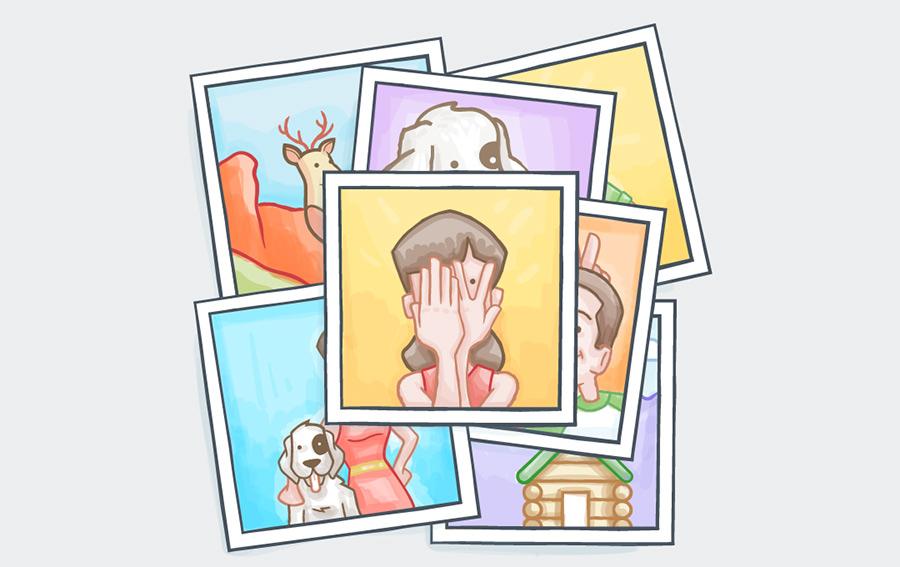 And the part of the process where the deletion of media happens is not automatic – you control that bit.

“It’s not automatic,” said Lee, “We prompt our users to delete backed-up files if they are running out of room on their phone. We do this at three points — we introduce the feature when the user first launches the app, and the prompts will appear at the 50% capacity mark, and again at 80%.” 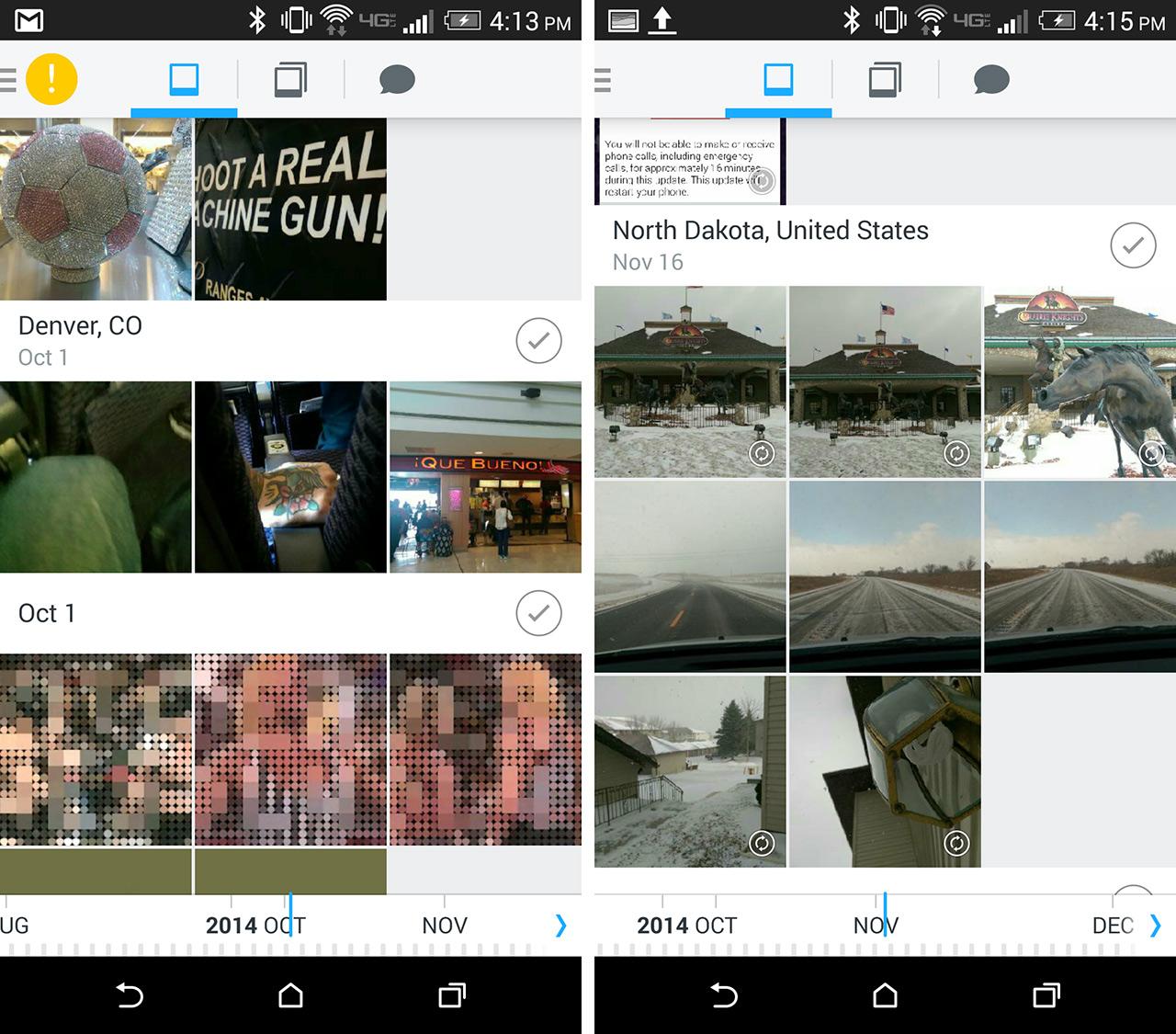 Carousel won’t prompt you to delete a photo unless it has been identified as backed up in Dropbox,” said Lee, “so it’s not possible that a partial upload would be deleted before the upload is complete.”

“Carousel only deletes photos when it has received a notification from the server that the full photo has been received, or when the user deletes the already-backed-up photo from their Dropbox directly, so it’s not possible that a partial upload would be deleted before the upload is complete.” 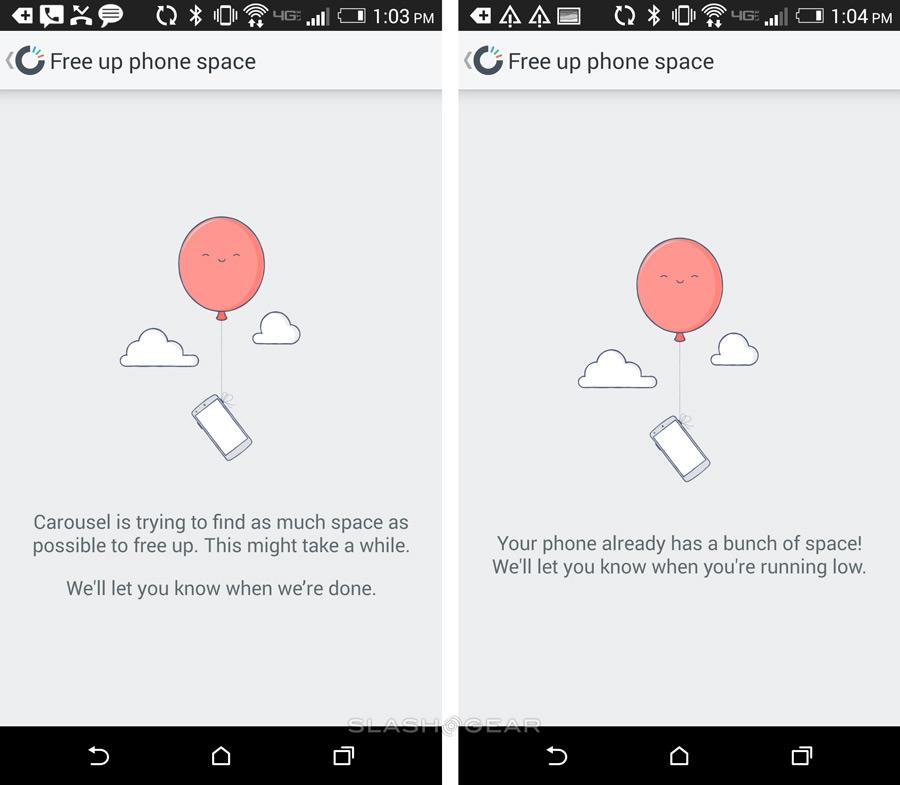 The messages you see above will only appear under certain circumstances. For the one on the right, “we’ll let you know when you’re running low,” Lee explained that there are several markers they look for now, and they may change as time goes on and they discover better points of action.

“Currently, any photos that are older than 30 days and have been backed up to Dropbox are eligible for removal, said Lee. “You can also always use this feature if your device has less than 600 MB of free space. This may change as we evolve the feature.”

This system will be brought to iOS some time next week – next week starts on the 15th, Monday, of December. Those users working with Carousel on Android will start seeing this update coming down today straight through Google Play.