The SpaceX Dragon capsule has been successfully grabbed by the International Space Station, marking the first time a private American space flight has run a supply mission to the orbiting platform. The crew of the ISS snatched Dragon out of orbit ahead of schedule, using the space station’s robotic arm to guide the capsule in after its careful approach.

The entire process took place with both ISS and Dragon roughly 252 miles above the western coast of the United States, with the 58 foot long robotic arm attaching to a special plate on the capsule itself. That then allows it to be pulled into place on the space station’s dock. 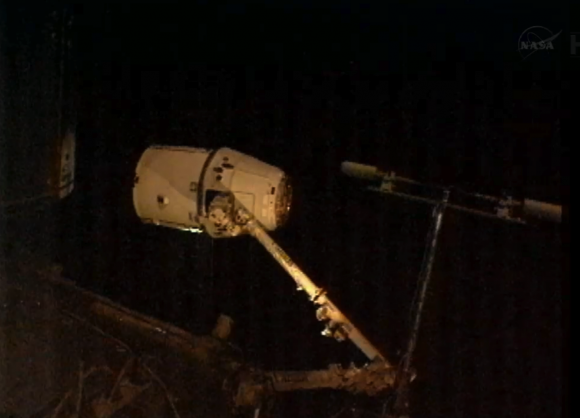 Inside, there’s roughly 882 pounds of cargo, predominantly new supplies for the astronauts and new scientific experiments. However, there also proved to be some space for fripperies; there’s ice cream and Silly Putty in there too.

“Thanks everyone at NASA and SpaceX for bringing her to us… and the ice cream” astronaut Suni Williams said in the moments after the successful grab. Williams will be responsible for bringing Dragon into its berth. 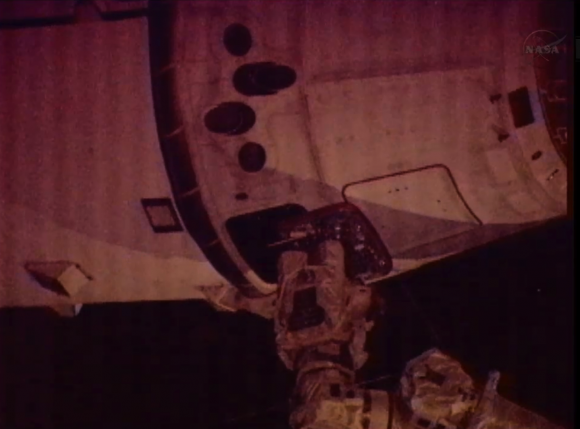 Monday’s launch didn’t go entirely to plan, despite Dragon reaching the ISS successfully. A “tiny explosion” of one of the nine engines on the Falcon rocket forced the remaining rockets to compensate; unfortunately it also meant that a satellite intended to be released, the Orbcomm OG2, did not get deployed.

The CRS-1 mission will be the first of several resupply flights SpaceX is contracted to perform for NASA over the next twelve months. You can rewatch the docking process at SpaceX’s site.