Dismissing Windows 8 as an iPad rival is premature

There’s a whole lot riding on Windows 8. Windows 7 may be the big player on the desktop, but when it comes to tablets Microsoft has carved itself a niche in the corner. The company has arguably been the longest proponent of the tablet form-factor – Windows XP Tablet Edition was released almost nine years ago – but in recent years its stylus-centric hardware has failed to gain traction amid iOS and Android models. Now, with its first demonstration of how Windows 8 will handle this new generation of tableteers, Microsoft is setting out its stall for where it sees the slate segment developing. Finger on the pulse or just plain out of touch?

You don’t have to look too far to find criticism. Daring Fireball‘s John Gruber praises the Windows 8 Start screen, which pulls on Microsoft’s Metro UI from Windows Phone with, among other things, finger-friendly Live Tiles, but goes on to suggest that “it’s a fundamentally flawed idea for Microsoft to build their next-generation OS and interface on top of the existing Windows.”

Gruber’s argument is that the iPad’s success comes from Apple’s single-minded focus on removing complexity. iOS on the iPad works, he maintains, because they’re built “from the ground up for the touchscreen and for the different rules and tradeoffs of the iOS interface.” Apple didn’t try to lever OS X onto its tablet, despite such an approach ostensibly offering the greater flexibility of the desktop platform, because it forced developers to code iOS apps specifically designed for the touchscreen interface, he says. 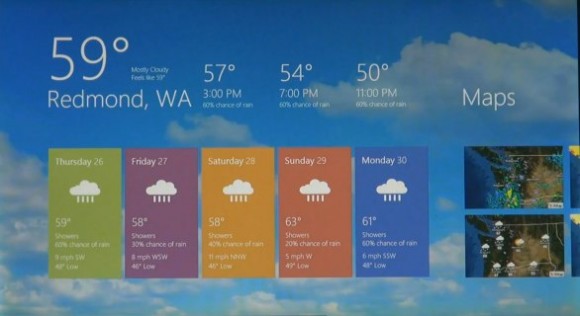 Still, the surprise success – even, it seems, to ASUS itself – of the Eee Pad Transformer suggests that there are still people out there who want to do content creation on their tablet. Previous Windows-based slates have offered the usability – with the right accessories, like a USB or wireless keyboard and mouse – of a notebook to crunch through spreadsheets, hammer out text documents and even do photo and video editing on the “grown up” versions of Photoshop and other desktop apps. Where they’ve fallen short is in everyday usability: when you pick up the slate because you want to check your email, or movie times at the local cinema, or kill a few minutes browsing Facebook. Windows 7, for all its finger-oriented tweaks, still felt like it would rather users had stylus-nibs for fingers.

By bringing over an updated version of the Metro UI, Microsoft has gone a long way to addressing that. We’ve seen third-party tablet skins for Windows before, but this homegrown effort for Windows 8 looks like it goes further than dressing up the first few levels of the OS. There’s your daily use satisfied, with the “mosaic of tiles” and HTML5/JavaScript apps, touch-optimized Internet Explorer 10 and new media interface making sure that you don’t get thrown out of the skin after a couple of taps.

Microsoft has shown, with Windows Phone, that it’s not afraid to cut all ties with backward compatibility as it moves forward: it also knows that an easy way to move on in tablets is simply putting the smartphone OS onto bigger-screen devices. Those two factors suggest to me that there’s strategy behind the decision to go with the desktop platform rather than the mobile platform. Think of it as two devices, perhaps: what looks to be a highly usable everyday tablet UI, and the potential to use desktop apps when that’s appropriate.

Remember, the talk is that ARM-based Windows 8 tablets will lack backward compatibility with the existing x86 software catalog, which means plenty of space – and plenty of need – for developers to produce titles for the new platform. Microsoft can’t stint on software, and it can’t let the platform coast on what PC software there is out there today. 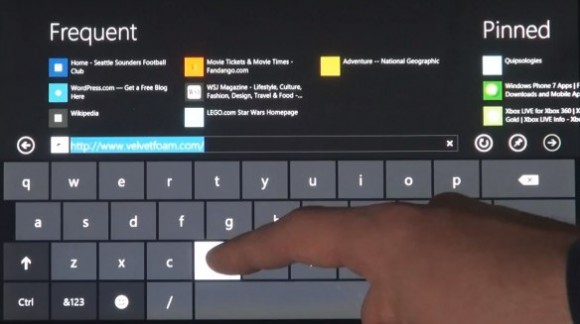 Does Microsoft misunderstand the iPad? No, I don’t think so. Does it realize that, when it comes to strategy, it’s no longer enough to come out with a me-too product that slavishly mimics Apple’s approach? That’s what I think we’re seeing with Windows 8. It’s very early days, but if the company can motivate developers to produce HTML5/JavaScript apps for the on-device app store – using promotion and maybe even a little financial lubrication, just as it did with Windows Phone – then it can avoid that “this is a desktop app squeezed onto a tablet” feeling that has plagued Windows 7 slates.

It’s dangerous to discount Windows 8 on the basis of less than five minutes of video. Microsoft has been wrong-footed on tablets and mobile – you can bet Google chairman Eric Schmidt’s comments at D9 this week, that Microsoft is no longer a key platform player, didn’t go down well at the company – and all the evidence points to them taking that seriously. Windows 8 is a long way from convincing me, but this early taste has definitely given me an appetite for more. 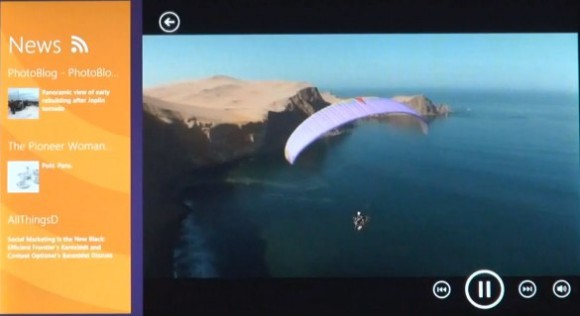