DHL has ordered twelve new electric aircraft, aiming to cut carbon emissions on short-hop flights, though it’ll be packages not passengers that are aboard. The logistics and shipping company plans to add a dozen Eviation Alice fully-electric planes to its so-called “middle mile” operations. 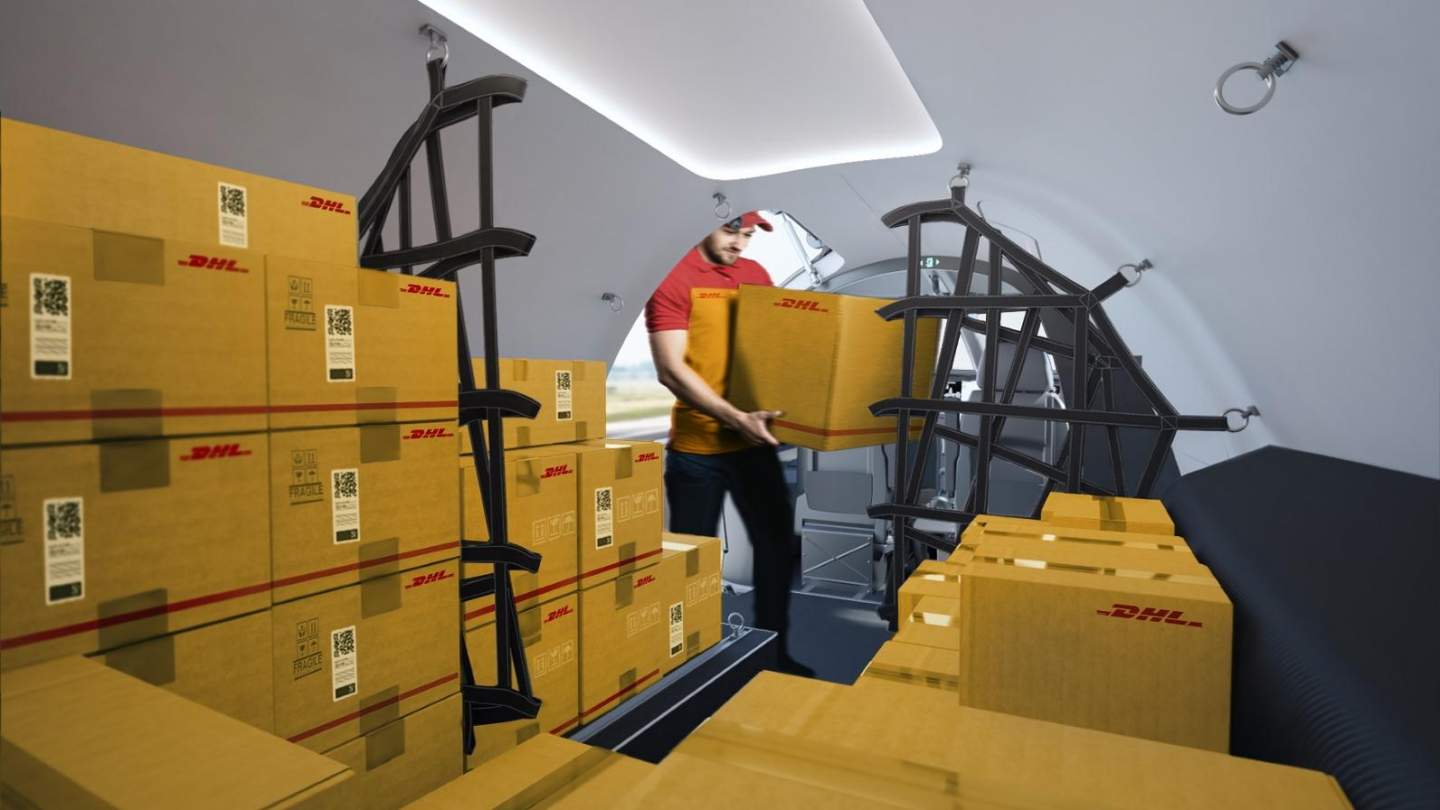 Eviation has so far shown off the plane in a passenger configuration, with room for up to 9 people plus the pilot. However for DHL Express, it’ll be outfitted as a cargo plane. The company expects to use it to replace similarly-sized existing aircraft.

They’re used to shuttle priority packages from major hubs to smaller versions, before they’re loaded onto vans for local delivery. Dubbed the “middle mile,” it’s a time-pressed part of the journey. Eviation’s promise that Alice can recharge in just 30 minutes, therefore, is key to the aircraft’s viability. That’s comparable to the length of turnaround time which traditional aircraft on the same routes demand, the company says.

Before that can happen, of course, Alice actually has to go into production – and demonstrate that it’s capable of delivering what Eviation is promising. The company expects the aircraft’s first flight to take place later in 2021, though the DHL Express aircraft aren’t scheduled to be delivered until 2024 at the earliest.

DHL isn’t the first recognizable name to look to electric planes in recent months. Back in June, United Airlines announced it would be ordering 100 of Heart Aerospace’s ES-19, a 19-passenger electric commuter aircraft with a range of up to 250 miles. United plans to use the plane on some of its existing regional routes, linking hubs like Chicago O’Hare, San Francisco International, and others to smaller airports in the vicinity.

What distinguishes both Alice and the ES-19 are how relatively straightforward they are in design, unlike some other work-in-progress electric aircraft we’ve seen over the years. VTOL, or vertical take-off and landing, planes – which can lift off the ground straight up, like a helicopter, but then convert for regular flight – have been positioned as potential “flying taxis” and ideal for urban use, though challenges around battery size, overall range, and meeting still-evolving FAA regulations around safety have meant no commercial launch for such a service is yet scheduled.