The Cupra Tavascan Extreme E Concept is more than just the Spanish automaker’s next-generation electric off-road racer. It also previews what to expect from the roadgoing version of Cupra’s incoming Tavascan electric SUV, the second all-electric vehicle from Cupra after the Cupra Born announced in 2020.

Cupra’s newest electric off-road racing SUV is a derivative of the brand’s current Extreme E racer. However, it has a unique vibe with a refreshed front and rear design. It gains a new set of triangle LED headlights set in a lightweight 3D-printed frame. Moreover, 3D printing plays a huge part in constructing the Tavascan Extreme E Concept, allowing Cupra to manufacture spare parts in under six hours without using expensive tooling equipment. 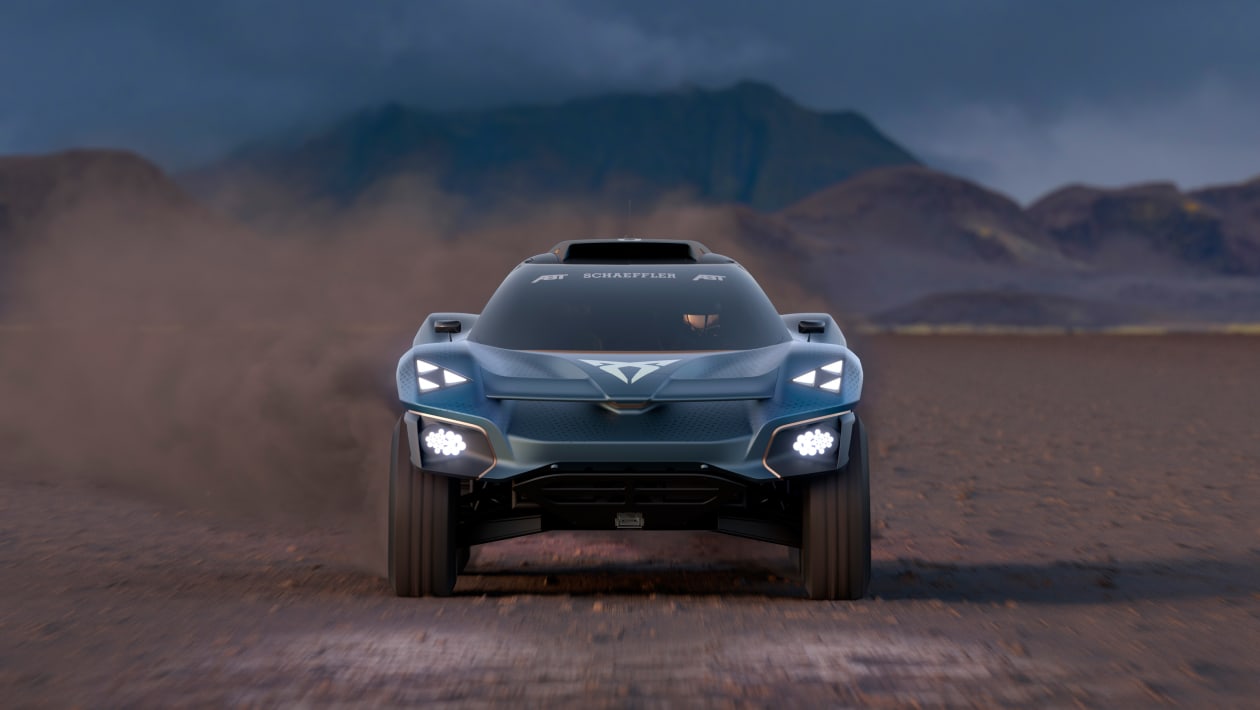 “The Cupra Tavascan Extreme E concept is the next evolution of our all-electric off-road racing car with even more Cupra DNA and a design that hints at the brand’s future direction,” said Antonio Labate, director of Strategy, Business Development, and Operations at Cupra.

The latest Cupra Tavascan Extreme E Concept will also showcase the brand’s shift towards sustainable materials. It has a carbon-fiber-reinforced body derived from flax fibers that are just as strong and light as the genuine article. Cupra claims flax fibers have no detriment to performance, and the technology is adaptable to making body panels for production vehicles. 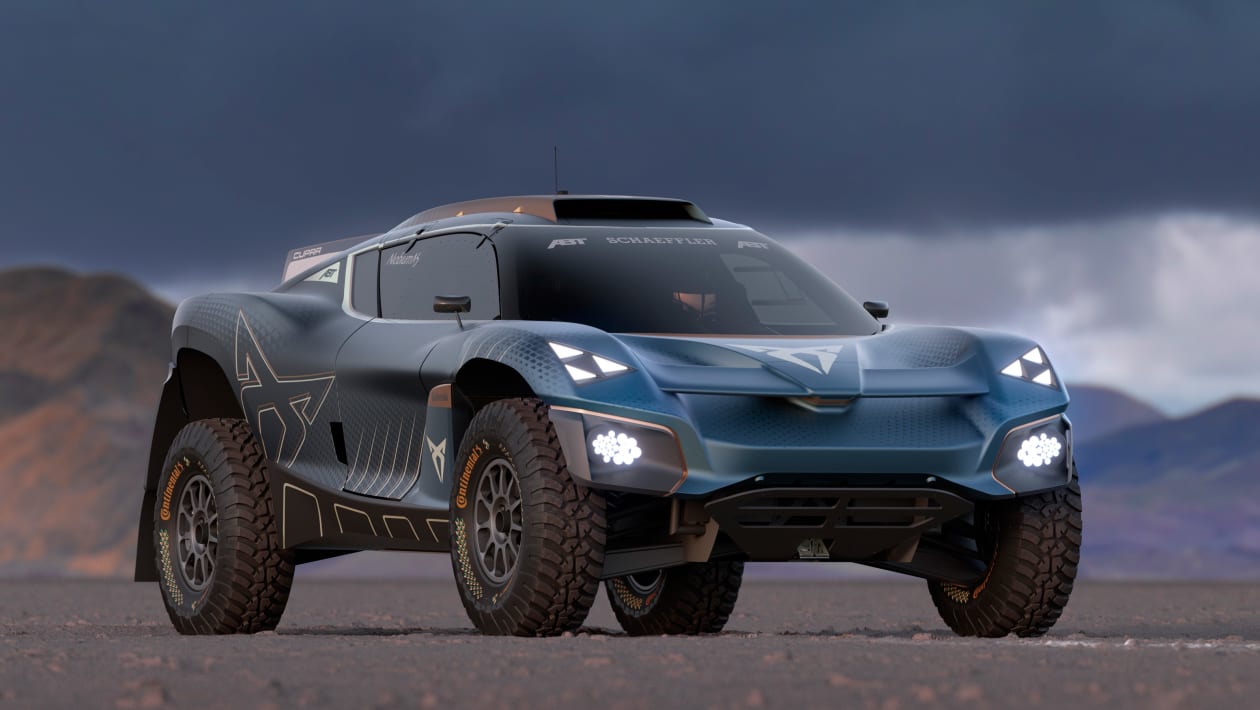 In addition, the body has copper accents, dynamic lines, and parametric texturing with an overlapping Cupra logo, making it look fast even when standing still. Cupra failed to mention the powertrain specs, but we reckon the concept will have the same twin-motor setup as the outgoing race car. However, Cupra did say the concept has a 54 kWh battery behind the front seats, supplying enough juice to rocket the car from zero to 60 mph in around four seconds. 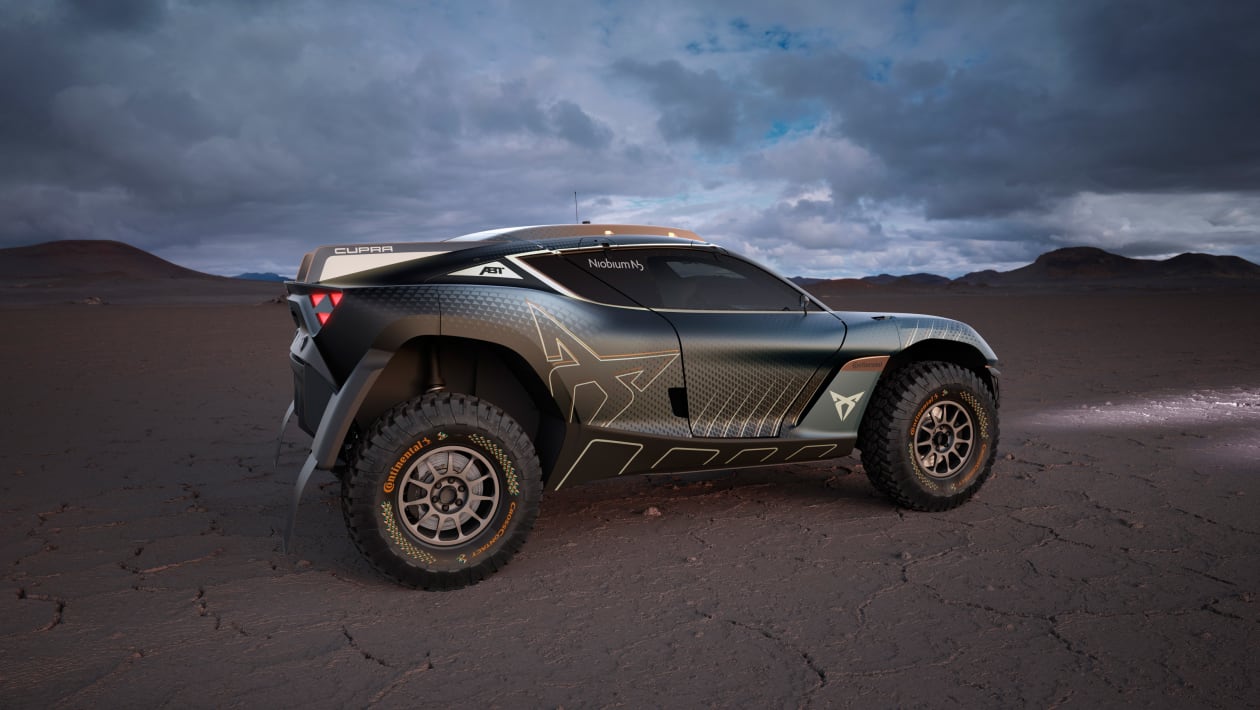 Like the production-spec Cupra Tavascan electric SUV arriving at European dealerships in 2024, the Extreme E Concept is riding on parent company VW’s MEB platform shared with the Volkswagen ID.3, Audi Q4 e-tron/Q4 Sportback e-tron, and the incoming Cupra Born electric hatchback. It will take more than prayers for Cupra Tavascan to reach American shores. But from the looks of it, it seems American buyers will be missing out on one of the best-looking electric crossovers to arrive in the next two years.