With the coronavirus pandemic exposing a huge shortfall in protective face masks, General Motors says its repurposed workforce and factories are on track to deliver its first 20,000 masks next week. The automaker gave an update on its progress this morning, having announced it would be shifting from car to PPE production just over a week ago.

While the US government and the CDC have come short of recommending all people should wear a face mask during the COVID-19 outbreak, that hasn’t prevented a dramatic shortage. Frontline healthcare workers have been forced to reuse what are meant to be disposable masks, or fashion makeshift replacements from cut-up t-shirts or other materials.

It’s a situation that has led several companies with widespread production facilities – and which are often experiencing periods of downtime given social-isolation protocols – to explore making more masks to fill the gap. GM says it should be able to deliver its first 20,000 masks to frontline workers next week, and then produce an estimated 1.5 million masks each month at full capacity. 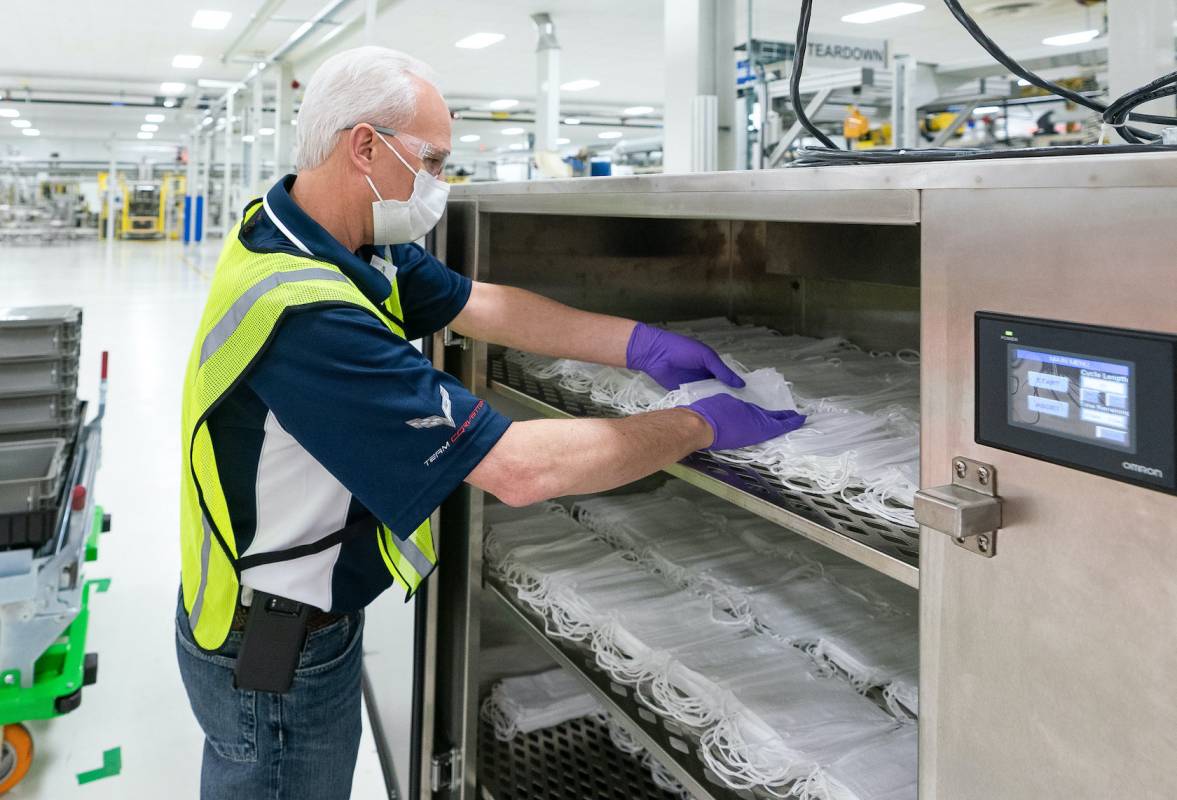 It took just shy of seven days of solid work to turn one of GM’s Warren manufacturing plant cleanrooms into a mask workshop. That involved tasking fabric vehicle component specialists to leverage their skills at producing seatbelts and trim into figuring out the best process for protective masks, as well as commissioning custom machinery – tapping two Michigan specialists – for workers to use. The existing supply chain was used to source the non-woven fabric filler material, metal nose pieces, and elastic straps.

GM already had a cleanroom – approximately 31,000 square feet of which was cleared for mask production – and the workforce is expected to be more than two dozen paid UAW volunteers from its Detroit-area plants. They’ll be working in conditions of recommended physical distancing, with pre-entry health screening and enhanced on-site cleaning. If all goes to plan, the target is 50,000 masks each day, which will be distributed via a plan that GM says it’s still working on.

It’s worth noting that there’s a difference between face masks and N95 respirators, shortages of both of which have stymied healthcare workers in recent months. The face mask is designed to prevent large droplets, sprays, or splashes of bodily fluids while working with patients, though doesn’t prevent smaller airborne particles from being inhaled. For that, it’s usually combined with a tight-fighting N95 respirator, which fits closely around the face and helps block out small particle aerosols.

Automakers have been quick to respond to equipment shortfalls, and not just when it comes to masks. Last week, General Motors announced it was working with Ventec on a critical care ventilator, with the first units expected to be delivered in April. Ford, too, has weighed into the medical maelstrom, with its own collaboration with GE Healthcare on two types of ventilator.