Razer made certain to note that this isn’t a move to all-wireless peripherals for gaming – not by a long shot. Each wireless mouse, keyboard, and headset released by Razer (so far) has a wired option. You can use the mouse with Razer HyperSpeed Wireless Technology, or you can plug in the (included) USB cord.

This version of the Razer BlackShark V2 Pro is very similar to what we experienced with the non-Pro version back in July of 2020. These headphones work with everything that appeared in that set, but bumps the overall experience up a notch. This Pro version is wireless, has a new microphone housing, and has an additional speaker chamber (because why not?)

The Razer DeathAdder V2 Pro improves upon Razer’s most popular mouse. This mouse now rolls with Bluetooth with up to 120 hours of battery life, or 70 hours of battery life while using Razer HyperSpeed Wireless tech. Like the other wireless devices revealed this week, this Razer mouse also includes a cord in the box so you can connect in a more traditional manner if you do so wish.

With the mouse, you’re working with a Razer Speedflex cable that also charges the device’s battery. You can charge the battery at the same time as you use the mouse in wired mode. This mouse also works with 2nd Gen Razer Optical Mouse Switches, rated at a cool 70 million clicks. 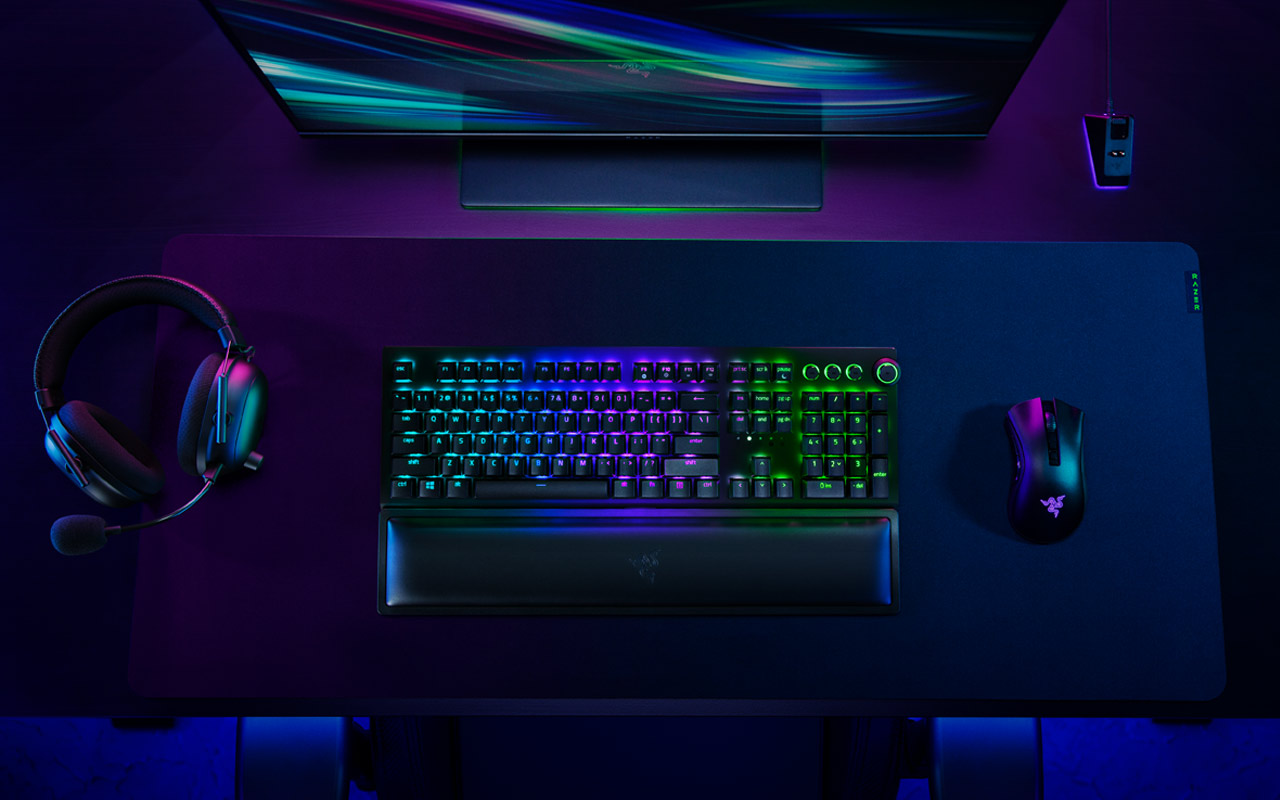 The keyboard introduced this week is the latest version of the Razer BlackWidow. This is the BlackWidow V3 Pro, complete with improved Razer Mechanical Switches topped with Doubleshot ABS keycaps – that means more than one layer of plastic, rather than a single layer of plastic coated with paint. This keyboard also has a new set of transparent plastic switches – they’re still Razer Yellow Mechanical Switches, but they’re now transparent so as to emphasize the power of Razer Chroma RGB colors housed within.

The Razer BlackWidow V3 Pro works with a battery life of up to 200 hours. The frame of this keyboard is aluminum, and the whole thing is available in any color you like so long as it’s black – for now. As we’ve seen with other Razer products in the past few weeks, never say never for wild color alternatives!

The Razer BlackShark V2 Pro wireless headset will be available starting on September 22, 2020. At Razer dot com and through authorized resellers, this headset will cost $179.99USD / 199.99€ MSRP.

The keyboard, BlackWidow V3 Pro, will be released with Razer’s online store and via authorized resellers on September 22, 2020. The official Razer BlackWidow V3 Pro price will be approximately $229.99 USD / 249.99€ MSR right out the gate.