Chromecast hits $35 price point, aims to connect TV to the web this week

This week the folks a Google have introduced a re-birth of the TV-connected smart device Nexus Q with a dongle called “Chromecast”. This device connects through your television’s standard HDMI port, connects to the web via Wi-Fi, and is controlled by a wide variety of devices, including Android, iOS, Chrome for Windows, Chrome for OS X, and Chrome OS on the Chromebook Pixel.

This device can be explained first by the Nexus Q, a machine that was introduced in 2012 and was quickly doused in the face of its slightly larger-than-life form factor and limited functionality. Now here in 2013, Google comes back with essentially the same package in a pocketable dongle called Chromecast.

This device connects – at first – with YouTube, Netflix, and Google’s media services in Google Play – movies and music, too. This device will cost a surprising $35 USD – and if you’re reading this just a few minutes after the device was first introduced, you’ll likely see one of two messages: “Coming soon” or “sold out”. This could be a glitch, or it could very well be that Google hit the price point on the head. 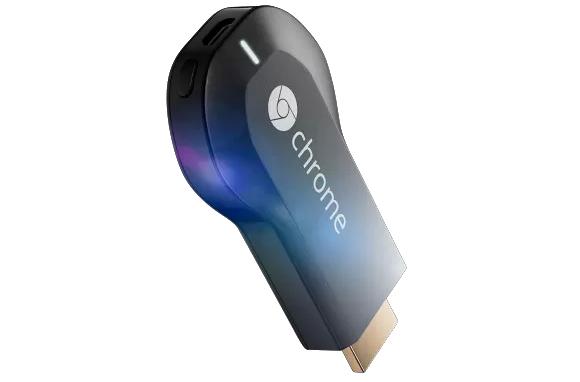 The device itself works with HDMI and is CEC compatible, working with a maximum video resolution output at 1080p. The dongle measures in at 72(L) x 35(W) x 12(H) mm and weighs an easy-to-forget-about 34g, and needing one of the following operating systems to function:

And be sure to note that you’re going to need to plug this bad boy in to the wall as well. Barely visible in these preview images, there is indeed a microUSB port at the back of this machine – most modern televisions have a USB port on their back anyway, they’ll do the trick. Otherwise you’ll be needing another power port behind your TV. Time for another power strip!