Chromecast: a tiny computer that connects your TV to your phone, tablet, and laptop

It would appear that Google is good and ready to enter the smart TV market from a Chrome angle this week with a device called Chromecast. This little beast is made to plug into your television’s standard HDMI port, connect to the web, and obey your every Chromebook and/or Android device’s command. Sound easy enough?

Here you’ll be working with a new “cast” button in apps like YouTube – sound familiar? – that’ll play a video that you choose from your phone or tablet (or Chrome web browser window) to your Chromecast-connected TV. This works in a manner thats exceedingly similar to the Nexus Q, a much larger device introduced by Google at Google I/O 2012 – and ditched not long after. 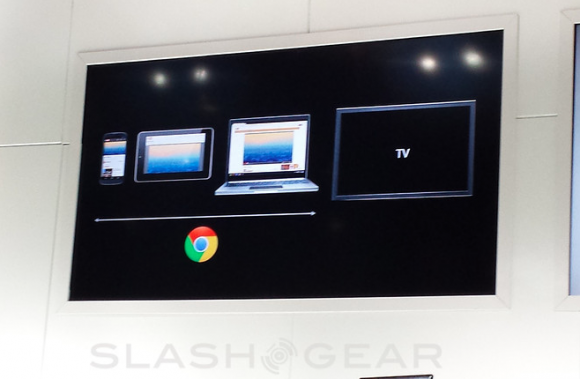 This device will be offered through the Google Play store the same as the Nexus device lineup and will be opening some rather interesting avenues for not just Android devices, but the whole Chrome operating system universe as well. Think about how not just televisions will be utilized, but massive computer displays as well! 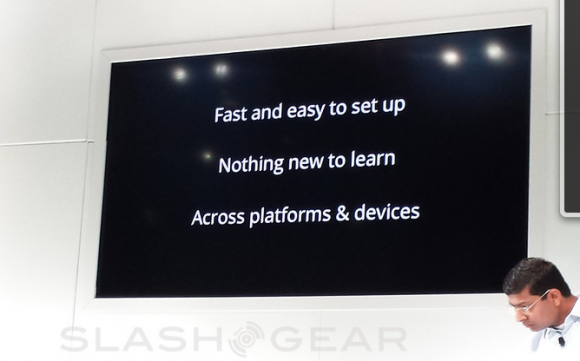 We’ll be exploring this device and its abilities in greater detail once we have our hands on a unit. For now you’ll want to know this: this device connects with software, not with hardware, over a Wifi connection in your living room. It’ll work with the YouTube app on iOS, you can access this button with YouTube in a Chrome internet browser – and we’ll see what else as soon as hackers get their hands on it, too!

UPDATE: Netflix, too, of course. Expect big things from this cross-collaboration in the near future! 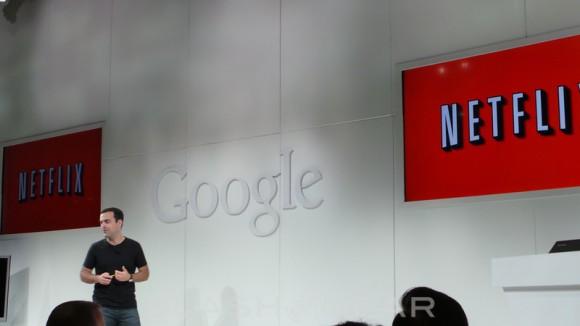