Chevrolet is warning some Bolt EV owners to park their cars outside, after vehicles believed to have been fixed from a prior safety recall still reportedly set themselves on fire. Owners of 2017-2019 Bolt EVs began to be notified back in November 2020 about the recall which GM agreed with the National Highway Traffic Safety Administration.

Then, Chevrolet blamed batteries produced for the electric car by LG Chem at its Ochang, Korea facility. All 2017 and 2018 model year Bolt EV cars relied on batteries from that facility; some 2019 model year cars did. In total, nearly 69,000 of the electric hatchbacks were covered by the recall.

Repairs have been underway this year but, in a worrying development, GM has been forced to reexamine the fire risk. Two Bolt EVs have reportedly caught fire, both having already gone through the recall fix process. One fire occurred at the home of a Vermont state lawmaker, while the other took place in New Jersey, CNBC reports. 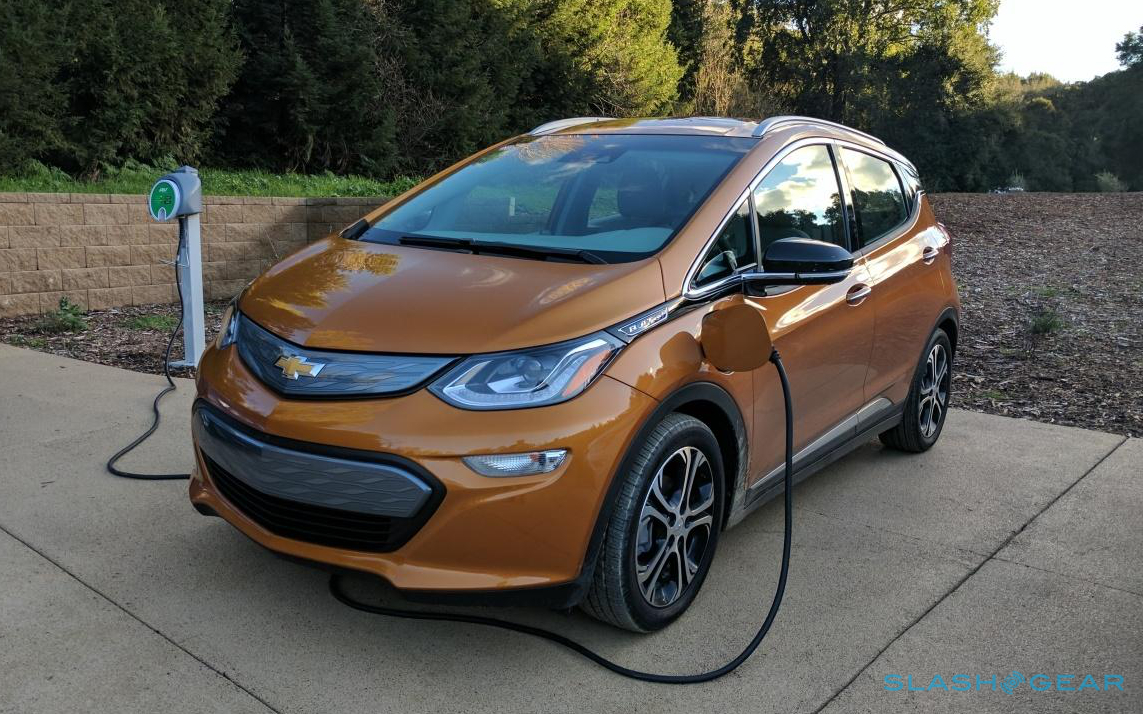 “General Motors has been notified of two recent Chevrolet Bolt EV fire incidents in vehicles that were remedied as part of the safety recall announced in November 2020,” GM said in a statement. “Out of an abundance of caution, we are asking owners of 2017-2019 Chevrolet Bolt EVs who were part of the recall population to park their vehicles outdoors immediately after charging and not leave their vehicles charging overnight while we investigate these incidents.”

The recall repair process is still underway, and GM says that those who have their cars booked in already should continue to attend. The recall is free for owners, but before they have a chance to have it installed, Chevrolet recommended limiting the maximum battery charge level. A software update earlier this year also caps the charge level.

For those with a 2017 or 2018 model year Bolt EV, that can be done by using the vehicle charge settings to switch the hatchback to Hill Top Reserve mode. That will prevent it from charging higher than 90-percent when plugged into a charger or outlet.

For the 2019 model year Bolt EV, the vehicle charge settings allow a 90-percent limit to be set specifically. That option is under Target Charge Level amount. In November 2020, GM recommended those who couldn’t change the charge level that way should not park their Bolt EV in a garage or carport.

This new revelation about EVs thought to be fixed already is unlikely to go down well among safety regulators like the NHTSA, which has an open investigation into the fires. GM says it has purchased back some of the recalled vehicles from owners – though won’t say quite how many.