Your Apple Watch rapping you on the wrist is one thing, but how about if you could put a supercharged Taptic engine at the tip of each VR-visualized finger? That’s one of the possibilities Novasentis is talking about, pitching its new approach to haptic feedback with smaller, faster-responding hardware that could turn up in wearables, VR controllers, gamepads, and more from next year.

Haptic feedback systems – whether they be the Taptic engine in an Apple product, the vibration motors in an Xbox or PlayStation gamepad, or something else – rely on physical vibration. That can be as simple as an off-balance weight on a motor, through to Apple’s clever linear actuator that shuttles back and forth in its rectangular housing.

Problem is, they’re generally also large and heavy. The iPhone 6s’s weight gain over its predecessor, in fact, was widely laid at the metaphorical feet of the Taptic hardware, uprated to stomp on your wrist according to the various degrees of feedback required by 3D Touch.

Novasentis’ system relies on physical vibration too, but from a much smaller assembly. In fact, the so-called Electro-Mechanical Polymer (EMP) actuators are about as thin as a piece of decent weight writing paper, even though each is actually more than thirty layers sandwiched together. 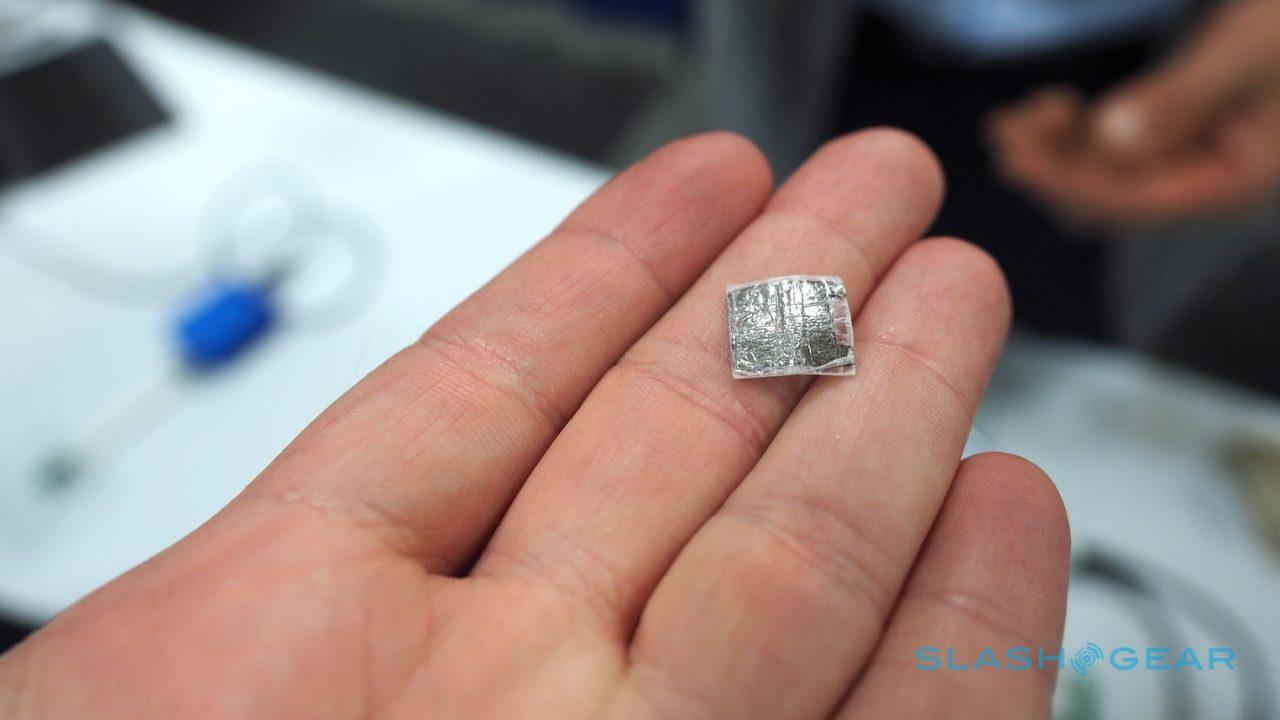 It’s how those layers react when a charge is applied that make the EMP actuators jump. Unpowered, the molecular structure in the layers of film are randomly aligned; when power is applied, they orient in the same direction and expand. On a layer of rigid substrate, that adds up to vibration.

By adjusting voltage, Novasentis can change the amount of vibration, from a slow wave upwards. At low frequencies, that means movement; higher frequencies, though, roam into the audible range, meaning that the EMP actuators are acting like a piezoelectric speaker. 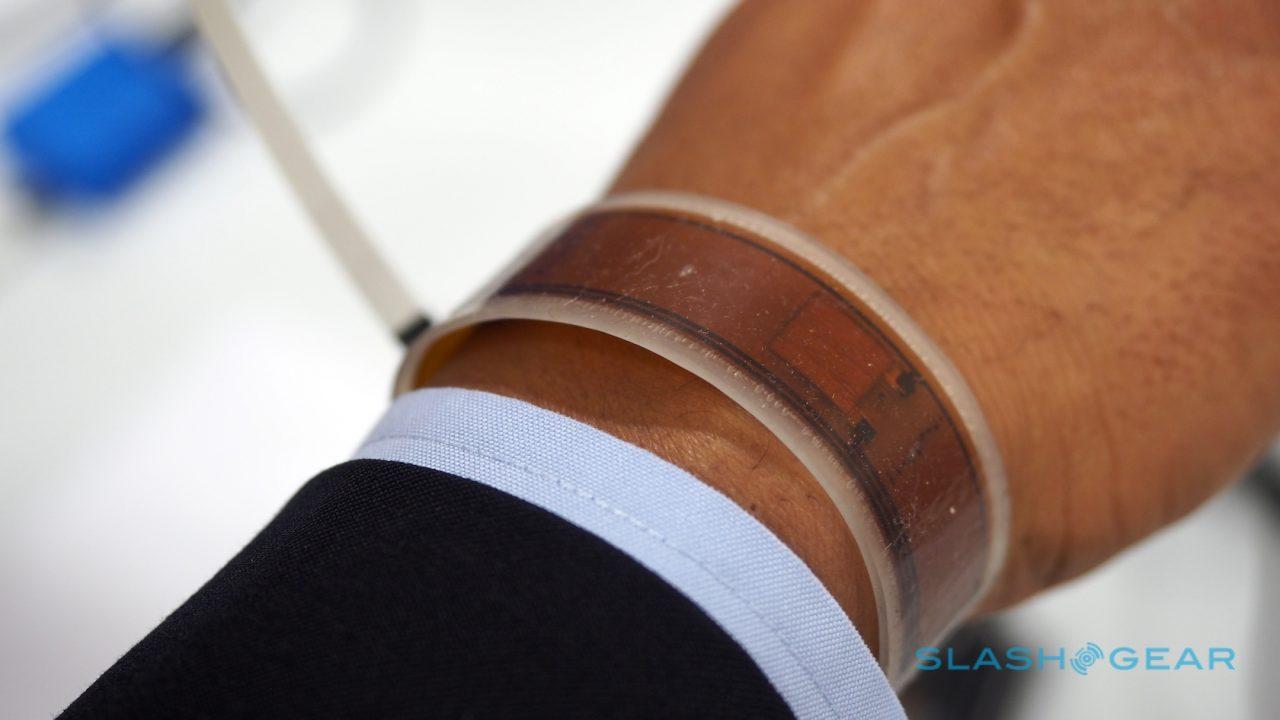 The massive reduction in size over traditional haptic systems is an obvious benefit when you consider the sort of devices we’re familiar with vibrating. Phones, smartwatches, and other wearables all could benefit: Novasentis’ current actuators are 10mm squares, but you could combine multiple together to increase the output or, addressing each individually, tap out different patterns and more.

The whole strap of your smartwatch could have embedded haptics, for instance, pulsing in one direction or another to guide you through a virtual map. Fingertips in a virtual reality glove could give the wearer the impression of tapping controls you manipulate in mid-air. 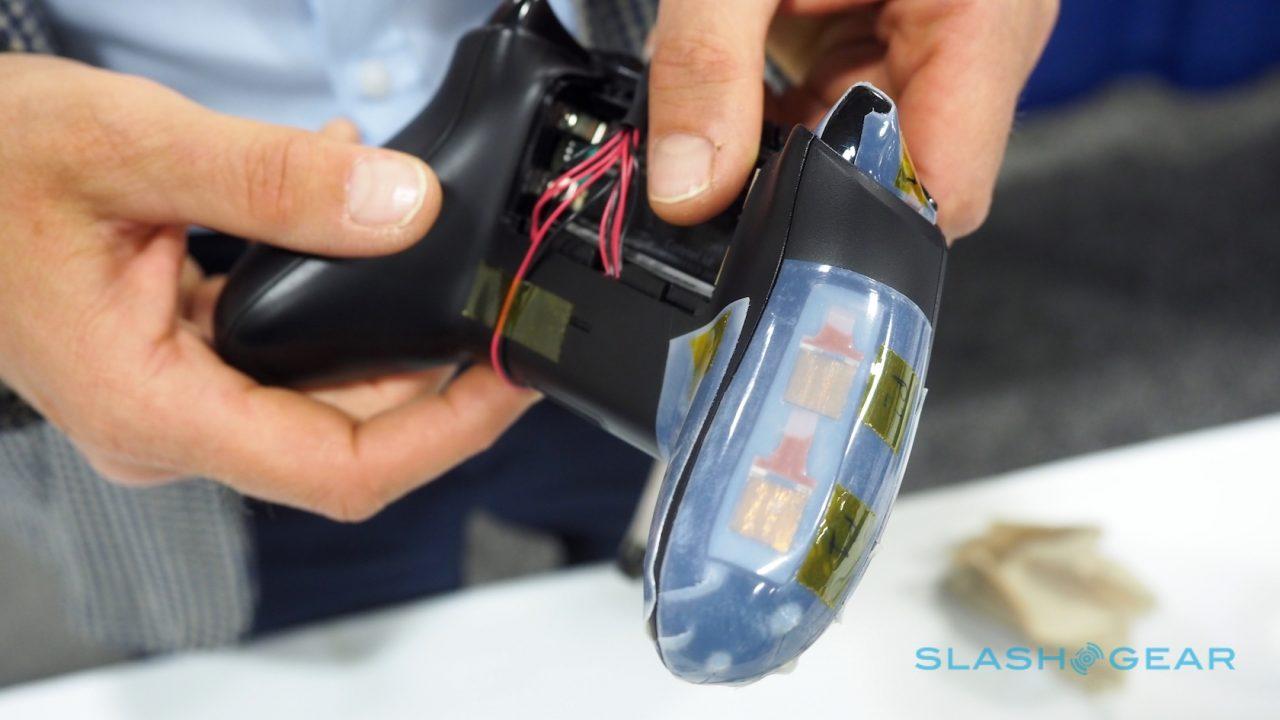 I tried a strip of silicone with four of the actuators embedded, and which Novasentis had set up to run through various demonstrations. The taps and pulses felt much more defined than those from an existing smartwatch, while the band suddenly started beeping in different tones when switched into higher frequencies.

That’s in no small part down to the cut in response times, which Novasentis says are far lower than traditional mechanical systems. That adds up less lag before you feel the haptic feedback, but also to more precession in differentiating between each pulse. 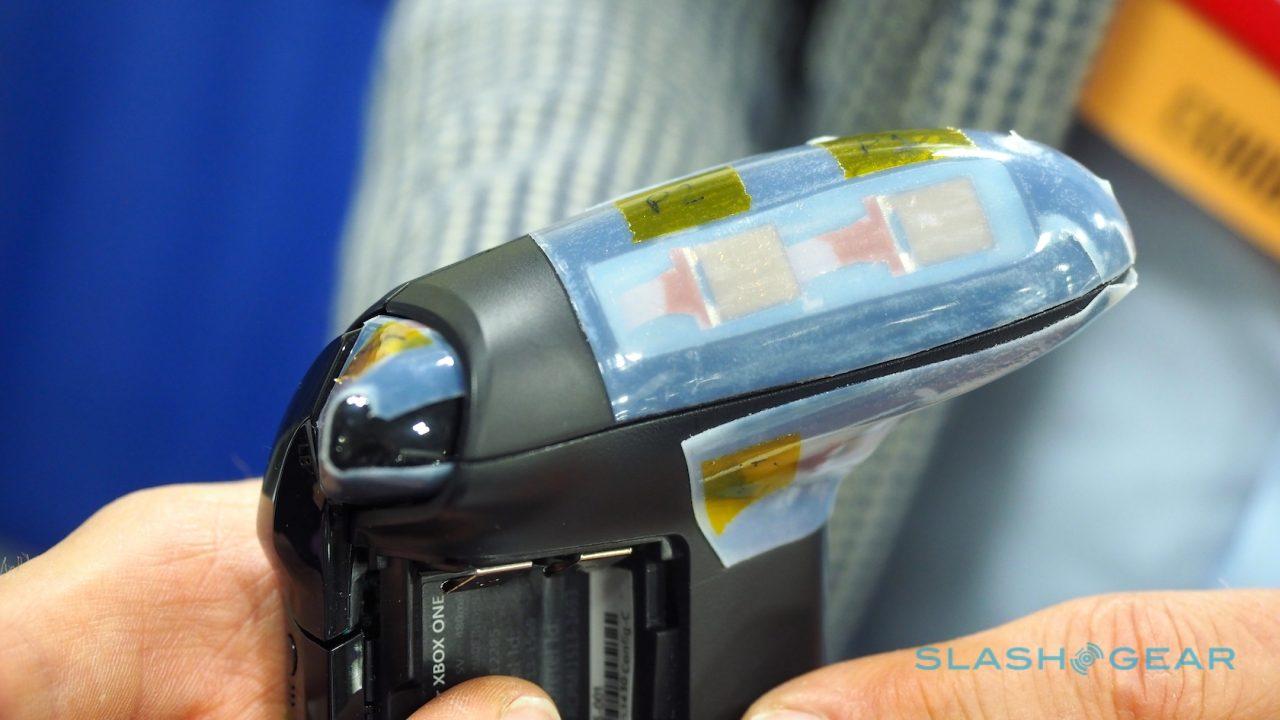 Wearables are only one potential avenue. Novasentis also showed me a prototype gamepad, the shoulder buttons and grip of which had been wrapped with a number of EMP actuators.

Since each can be individually controlled, delivering localized haptics and at a broad range of intensities, it means a game could give significantly more feedback through your hold on the pad. Someone shooting you from behind, for instance, could send shivers through the bottom edges of the controller; different types of weapon could recoil in noticeably different ways.

All that would be of little use if the actuators themselves were difficult to produce or prohibitively expensive; happily (not least for Novasentis) that’s not the case. The company cut a deal with electronic component manufacturer Kemet earlier this year: Novasentis provides the core technology and the actuator film itself, while Kemet will handle putting it all together into something that can be sold to device manufacturers. 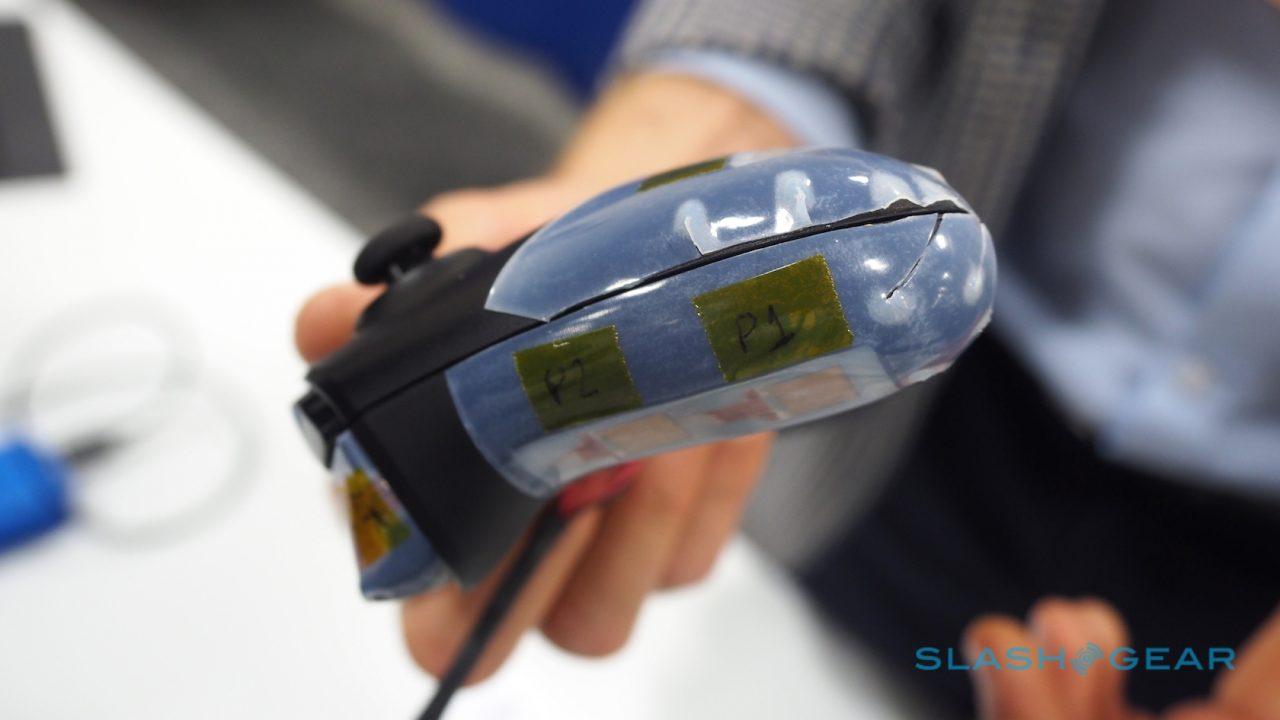 That process can be done roll-to-roll, cheaper and something Kemet already uses to produce some of its capacitors.

The goal is to have volume production kick off in early 2017, though obviously it’ll take an interested and experimentally-minded hardware manufacturers to pick up the actuators and integrate them into actual products. Novasentis’ appeal, though, can’t be understated: cutting a sizable component out of devices users are demanding be made smaller. 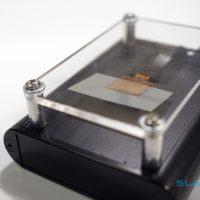 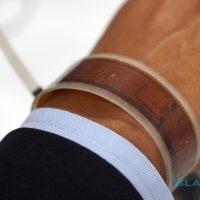 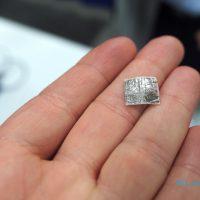 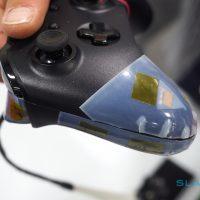 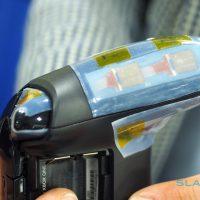 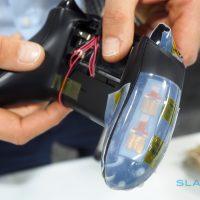 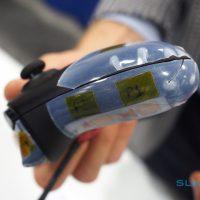