There’s also an integrated stereo microphone and a 10-frame burst photo mode capturing full-resolution shots, while the accessory shoe can be used for a flash or an optical viewfinder. Otherwise, you’ll be using the 3-inch 922k dot LCD. A waterproof housing is also available. 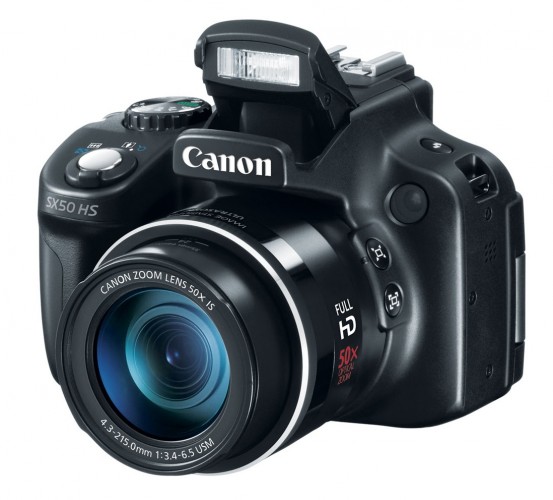 The Canon PowerSHot SX50 HS, meanwhile, brings a massive zoom to the party, slotting together a 12.1-megapixel sensor and a whopping 50x optical zoom (24-1200mm) with 24mm wide-angle lens, something Canon claims is an industry first. It unsurprisingly has optical image stabilization, and supports up to ISO 6400 and a 10-shot burst mode at full resolution.

A 2.8-inch, 461k dot multi-position LCD is on the back, together with an electronic viewfinder, and there’s a Zoom Framing Assist feature which locks onto a close-up subject, zooms back out to show you its context in the overall frame, and then zooms right back in on it again when you lift your finger off the button. 12-bit RAW + JPEG capture is an option too. 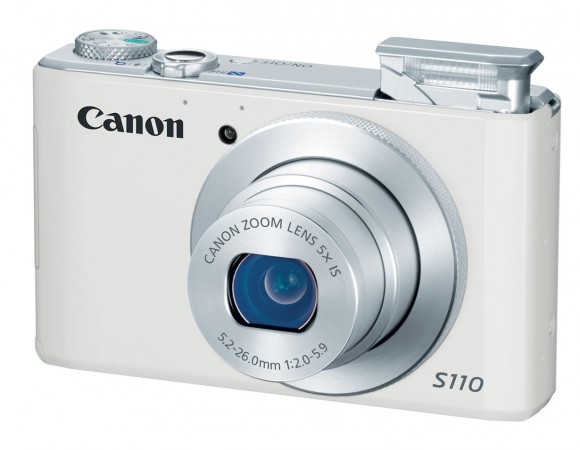 Finally, the Canon PowerShot S110 packs WiFi and the same sensor as the G15, here matched up to a 24mm wide-angle lens, 5x optical zoom, and f/2.0 aperture. It can offload photos to a computer remotely, or indeed be remotely controlled via the Canon CameraWindow app for iOS and Android.

Like the other two models, it can grab up to 10 shots in rapid succession, at full 12.1-megapixel resolution, and there’s ISO up to 12800 and Full HD 1080p video recording with stereo sound (and an HDMI output to watch it). On the back there’s a 3-inch capacitive touchscreen.