There’s 63-zone dual-layer iFCL metering and 4.5fps continuous shooting, along with various preloaded “creative modes” including a built-in HDR photography option – combining three exposures of the same frame into a single image, without requiring post-processing on a computer – and a Multiple Exposure mode which can combine up to nine images.

Video is captured at 1080p Full HD resolution, with support for 30,24, and 25 fps, while 60fps and 50fps are supported in 720p mode. The camera also offers manual control over exposure and audio levels while recording. 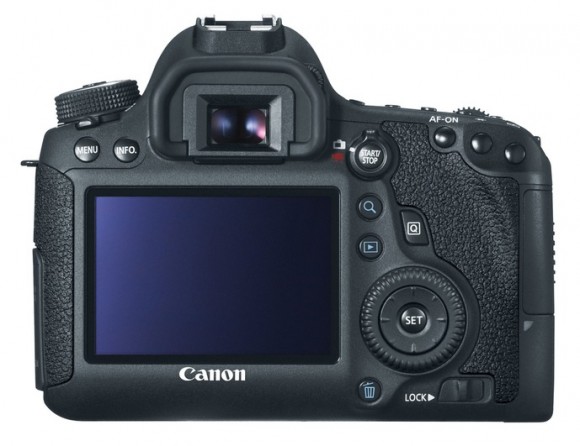 On the back, there’s a 3-inch 1,040k dot VGA resolution LCD display, which promises 100-percent coverage during video recording, as well as a viewfinder. Inside, meanwhile, you get both a WiFi chip and GPS – two options most DSLRs would demand you add separately – which allow the EOS 6D to offload its photos and video to your computer, smartphone or tablet, or indeed be remotely controlled via the free Canon EOS Remote app for iOS and Android. Geotagged content can be subsequently shown on a map with details of where, exactly, it was captured.