Canon EOS 7D Mark II is most powerful EOS around

Canon has outed its latest DSLR, the EOS 7D Mark II, replacing the aging EOS 7D with a new 20.2-megapixel APS-C sensor and Dual DIGIC 6 Image Processors. Headed to shelves in November, the 7D Mark II supports up to 10fps burst shooting and packs a 65-point All Cross Type autofocus system and Dual Pixel CMOS AF. In fact, according to Canon, the new DSLR is its most powerful EOS to-date.

The new CMOS supports ISO 100-16000 for stills and video (expandable to ISO 51,600), and it’s paired with a new mirror mechanism which is designed to reduce impact during burst shooting, not to mention make it more quiet in silent drive mode.

Meanwhile, there’s a new version of the EOS Intelligent Tracking and Recognition AF, using face and color detection, and offering subject tracking across all 65 AF points. A new control has been added, the AF Area Selection Lever, on the back of the camera for swifter switching between the seven different AP Point Selection modes. 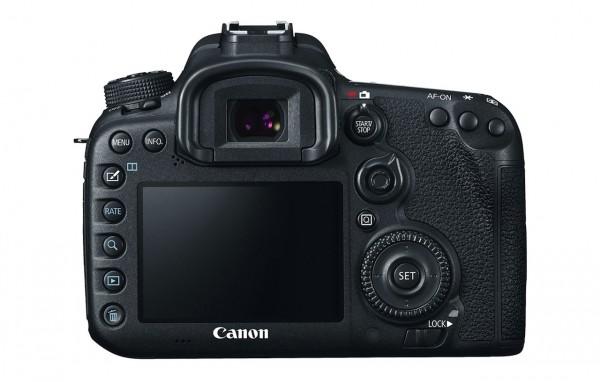 As for video, there’s support for 1080p and 720p at up to 60fps, with a choice of .MOV or .MP4 formats. A stereo microphone input is joined by a mini-HDMI output, and there’s a headphone jack, external flash socket, and an N3 socket for Canon wired accessories. Data output is via USB 3.0, and there’s an SD/SDXC card slot as well as a CF slot too. 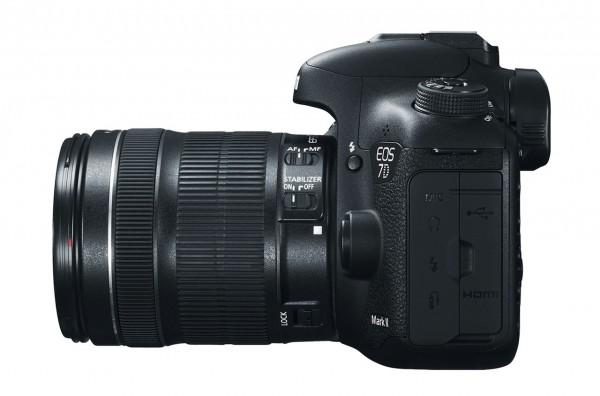 As for the larger capacity LP-E6N battery that comes as standard with the camera, that’s compatible with the existing LC-E6 battery charger, Canon says, though if you already have the LP-E6 you can use that too. Pricing for extra batteries, as well as the Battery Grip BG-E16 and optional Wireless File Transmitter WFT-E7A Version 2, will be announced closer to launch. 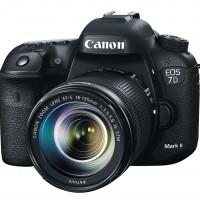 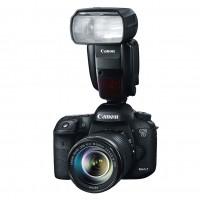 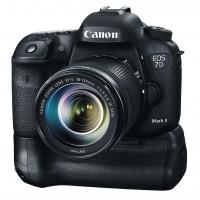 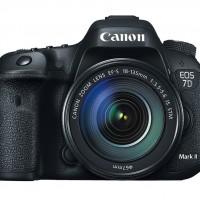 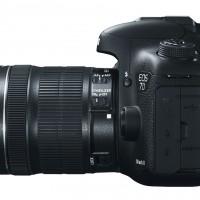 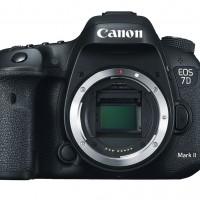 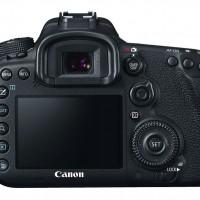 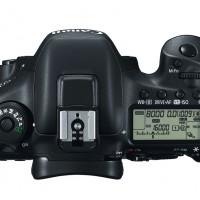