Build this Hyundai soapbox car and beat the quarantine blues away

You’re looking at the Hyundai soapbox car. And right off the bat, Hyundai’s latest creation is unlike any soapbox car you’ve ever seen. This marvelous creation is the brainchild of the folks at Hyundai Motor Europe Technical Center (HMETC) and is built using ordinary materials like wood, metal rods, brackets, and screws.

“In recent months, spending time together as a family has become more valuable to people,” said Andreas Christoph-Hofmann, Vice President of Marketing & Product at Hyundai Motor Europe. “We wanted to create a fun project that would give families and friends an enjoyable project that brings them together.”

Hyundai designers had free reign in creating this motor-less spectacle. Despite the inherent simplicity of the car’s construction, it was conceived like a regular working automobile. The chassis was built first, while a team of designers produced initial sketches of the body panels. The team came up with 3D computer models before building a prototype. Even the color and trim were chosen specifically by Hyundai’s team of designers to bring the soapbox car to life. 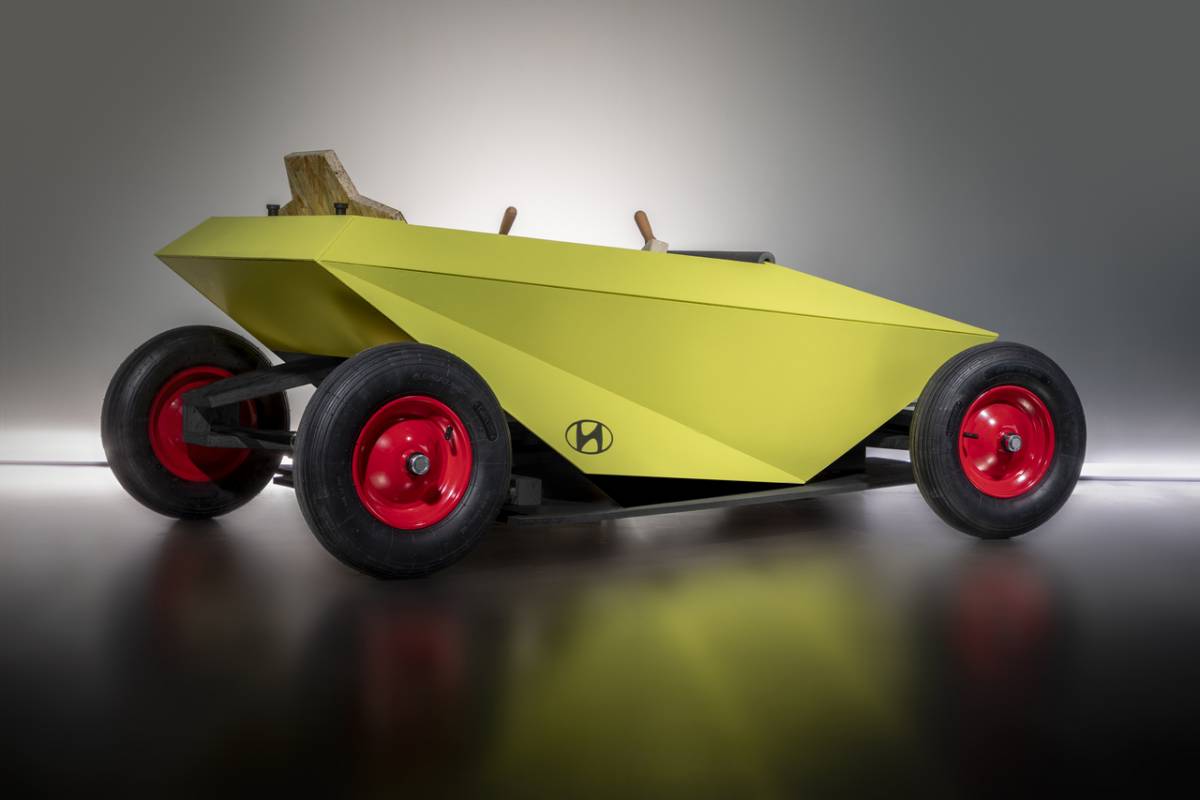 “When designing the Hyundai Soapbox, it was important for us to ensure feasibility,” said Eduardo Ramirez, Head of Exterior Design Team at HMETC. “We didn’t want to disadvantage parents for the sake of staying true to our original design.”

With its wedge-shaped design and flat panels, Hyundai’s soapbox car is clearly inspired by the 45 electric car. And to set it apart from ordinary kit cars, Hyundai built a pair of joysticks out of screwdrivers instead of settling for a conventional rounded steering wheel – similar to what you’ll find in the Hyundai Prophecy concept.

When fully-assembled, the Hyundai Soapbox is 1.76-meters long and approximately 1-meter wide. According to Hyundai, the cockpit is roomy enough to accommodate a child or adult, and the final soapbox design fits nicely in the back of a Hyundai i30 wagon.

And since we’re talking about a soapbox, it doesn’t have an engine. Although it would be possible to install a small motor into the soapbox’s design, it defeats the purpose of a simple DIY project. Instead, Hyundai’s soapbox is best transported to places with hilly inclines and let gravity do the rest. Hyundai is kind enough to provide the build instructions, so what are you waiting for? Time to get cracking. 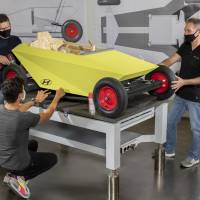 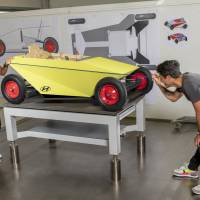 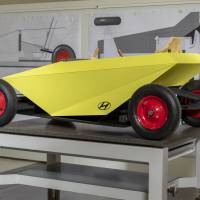 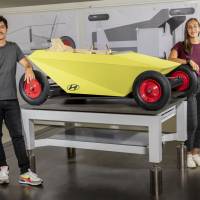 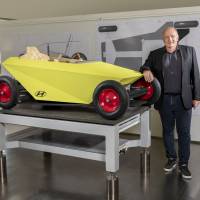 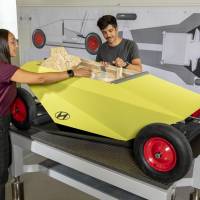