Scooped, scalloped, creased, cut-up, and generally looking like it wants to chop you into little pieces, Bugatti’s Vision Gran Turismo is enough to give you palpitations. While the astonishing hyper-car is intended for gamers to get behind the wheel in the PlayStation title of the same name, that didn’t stop Bugatti’s engineers from putting together a full-sized, real-life version to bring along to Frankfurt this week.

If you thought the concept photos looked striking, nothing will quite prepare you for the Bugatti VGT in the carbon fiber and metal. The pedigree is unmistakable, certainly, but the hints of Veyron are tauter and more aggressive. 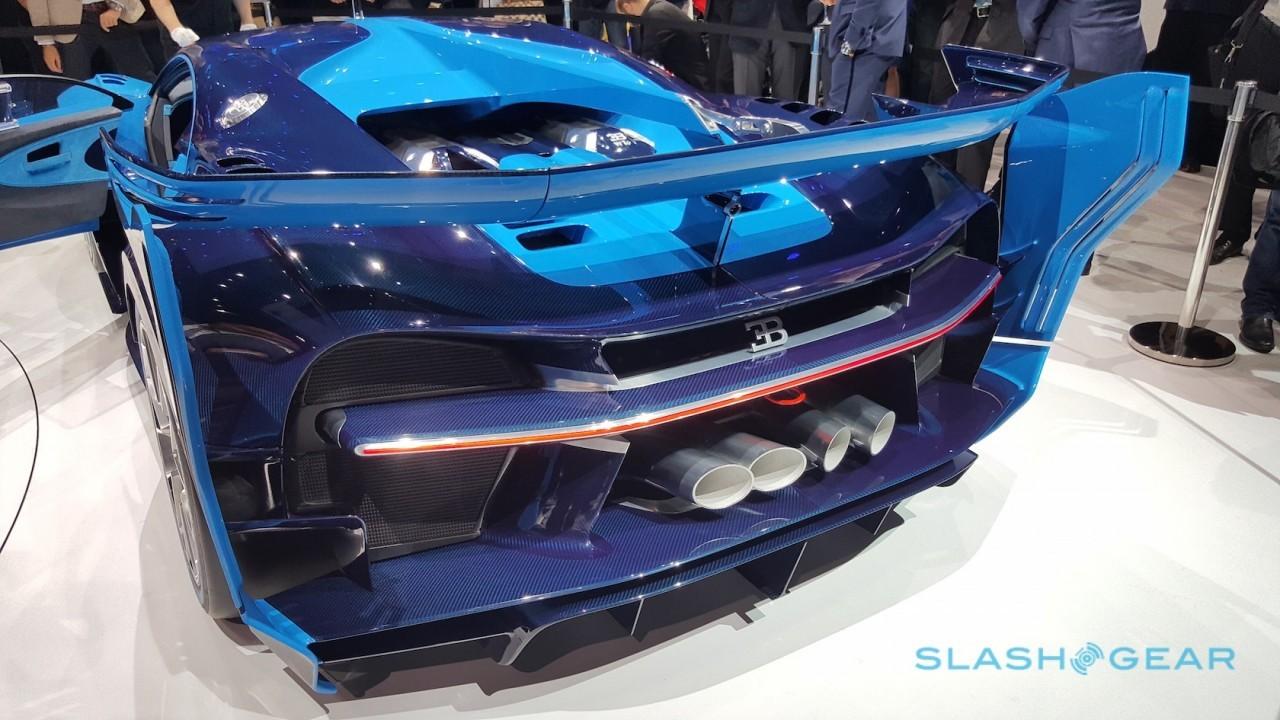 According to Bugatti’s designers, however, it also makes aerodynamic sense. While you might have expected them to take liberties with what will, in fact, only be raced in the virtual world, the various vents and swathe-lines actually make sense for real.

So, the center fins aid stability at speed, while the NACA air intake on the top has been designed so as to do its job while not interfering with the rear wing. 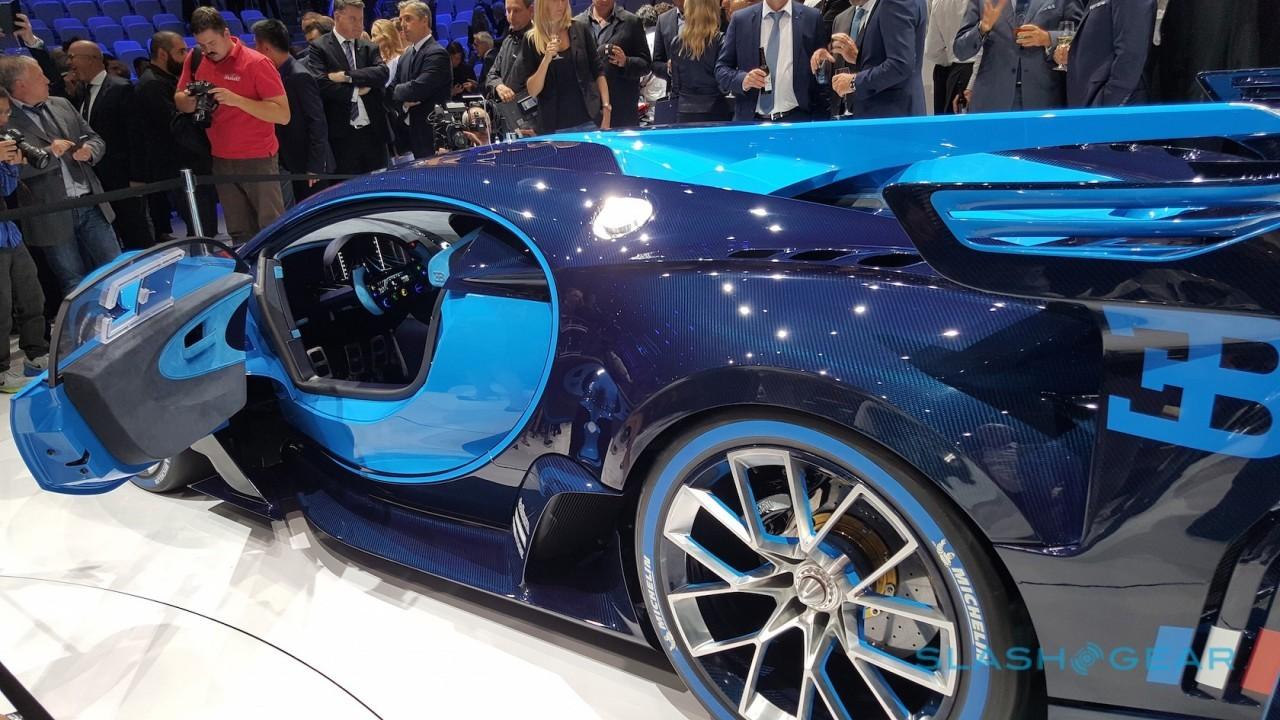 That wing is something else, too, packed with aero adjustments and studded in the center with one of the Bugatti’s three external cameras.

The feed from that camera, along with two more – one one either side of the car, replacing the side-view mirrors that would add drag – are fed to the display built into the center of the console controller-like steering wheel. Again, Bugatti cooked up the design of the interior with real racing in mind. 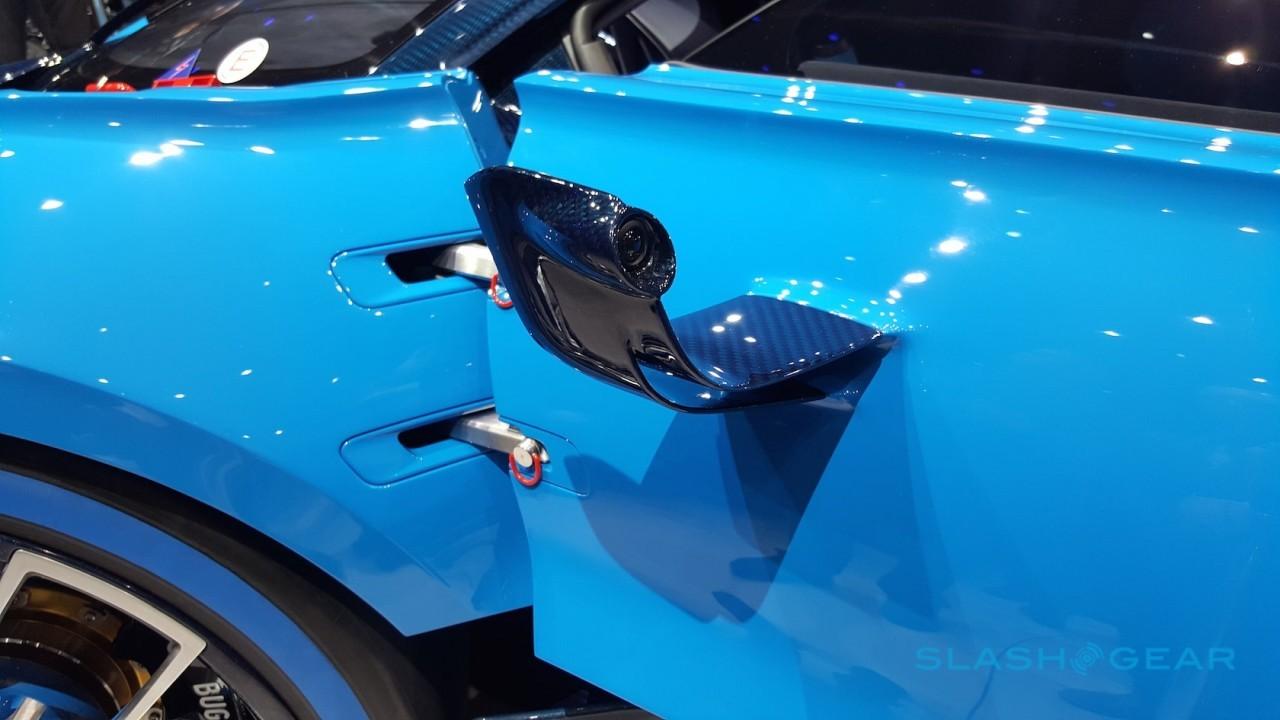 As engaging as the Vision Gran Turismo is, in reality it’s just a stepping stone on the way to Bugatti’s real next-gen project. Expected to be called the Chiron and have a frankly-ridiculous 288 mph top speed, the upcoming hypercar will borrow styling cues from the VGT, though perhaps toned down a little for the street.

There are more live photos of the Bugatti Vision Gran Turismo in the gallery below.