Boston Dynamics‘ latest creepy creation, SpotMini, may be one of the smallest of its animal-inspired robots, but with its weirdly Alien-esque head it’s still no cuddly AIBO. Shown off for the first time today, SpotMini is – as the name suggests – a smaller version of the existing Spot robot, coming in at 55 pounds without its robotic arm.

Even with that arm in place – which Boston Dynamics have oddly and unsettlingly given a hand/head that looks like an evil, skinned robo-goose – the whole thing weighs just 65 pounds. 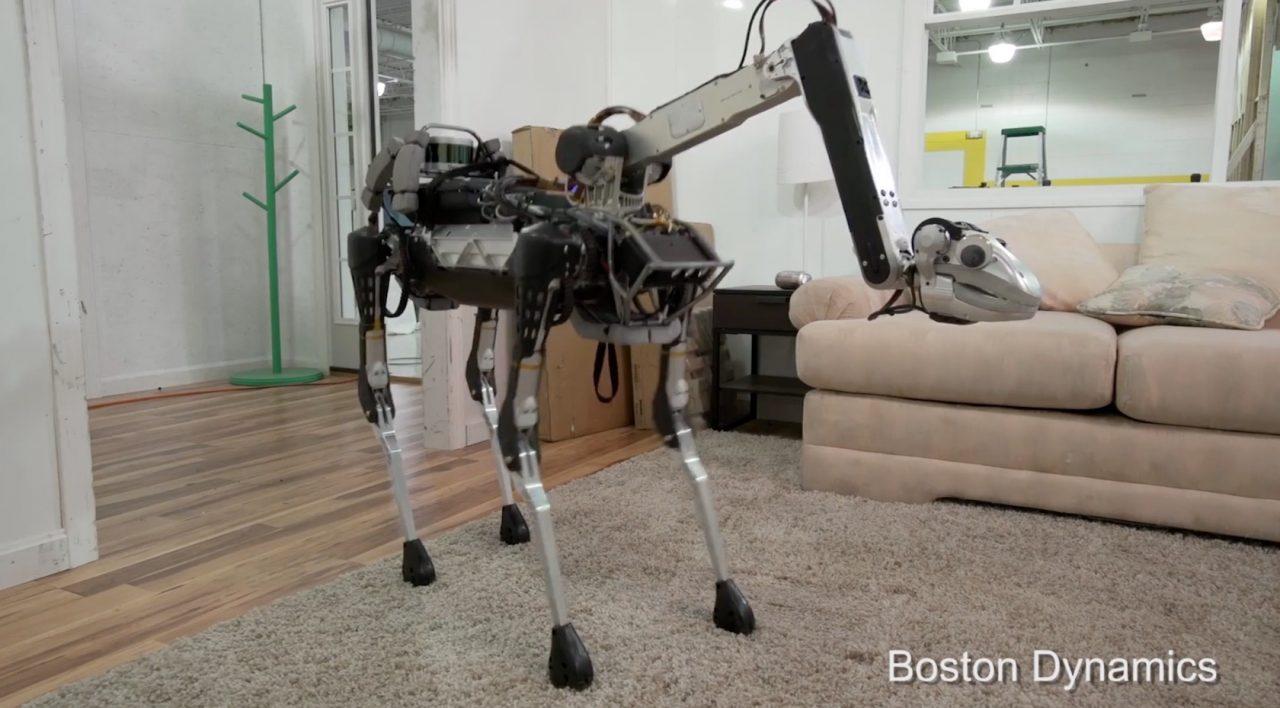 It’s actually small enough to walk under the regular Spot and not scrape itself, and can flatten even more on its posable legs. Part of the size and weight improvement is down to a switch to full electric servos, rather than the hydraulics that Boston Dynamics would typically use on its larger robots.

The downside there is that it’s heavily reliant on batteries, though SpotMini can apparently run for around 90 minutes on a single charge. Beyond weight and bulk, meanwhile, it’s also said to be significantly quieter than the other robots. 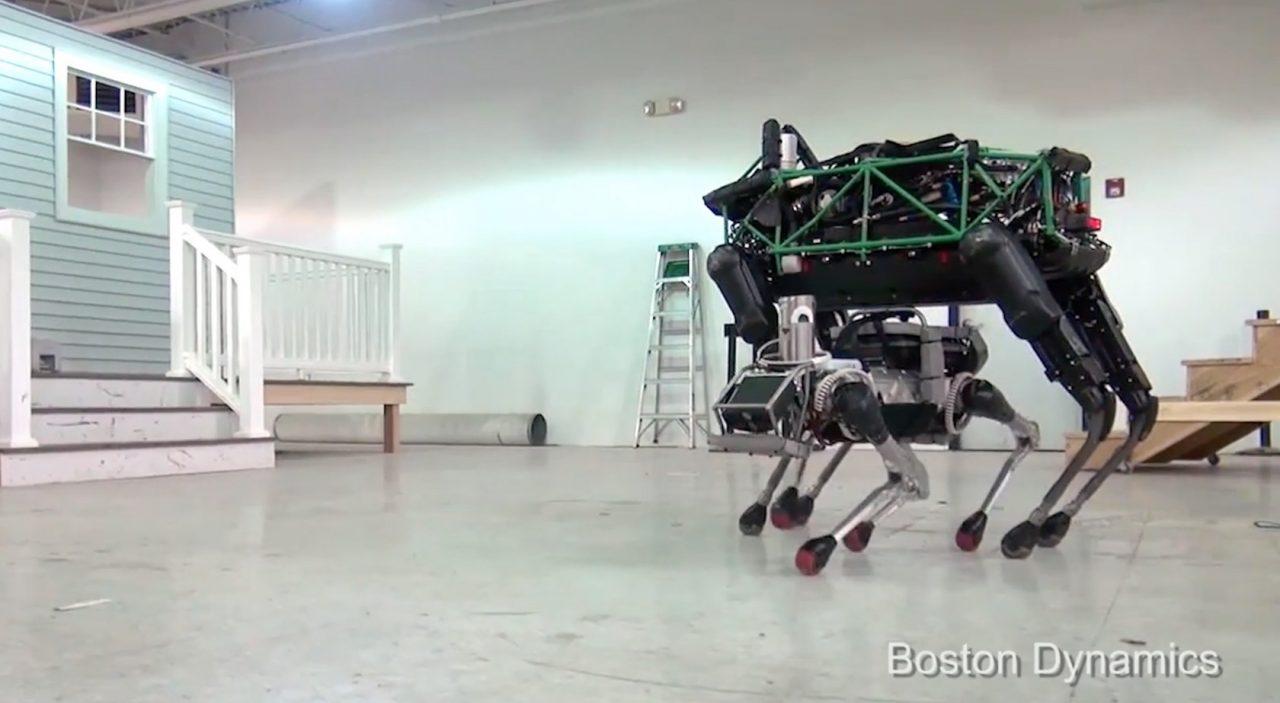 Whether that’s a good thing or not depends on how paranoid you are about the robot apocalypse. As Boston Dynamics’ video shows, it’s a much more house-scale robot than is usually the case – traditionally, the company’s creations are made with tasks like pack-horse duty for the armed forces in mind – with the robot arm used to help load the dishwasher among other chores. 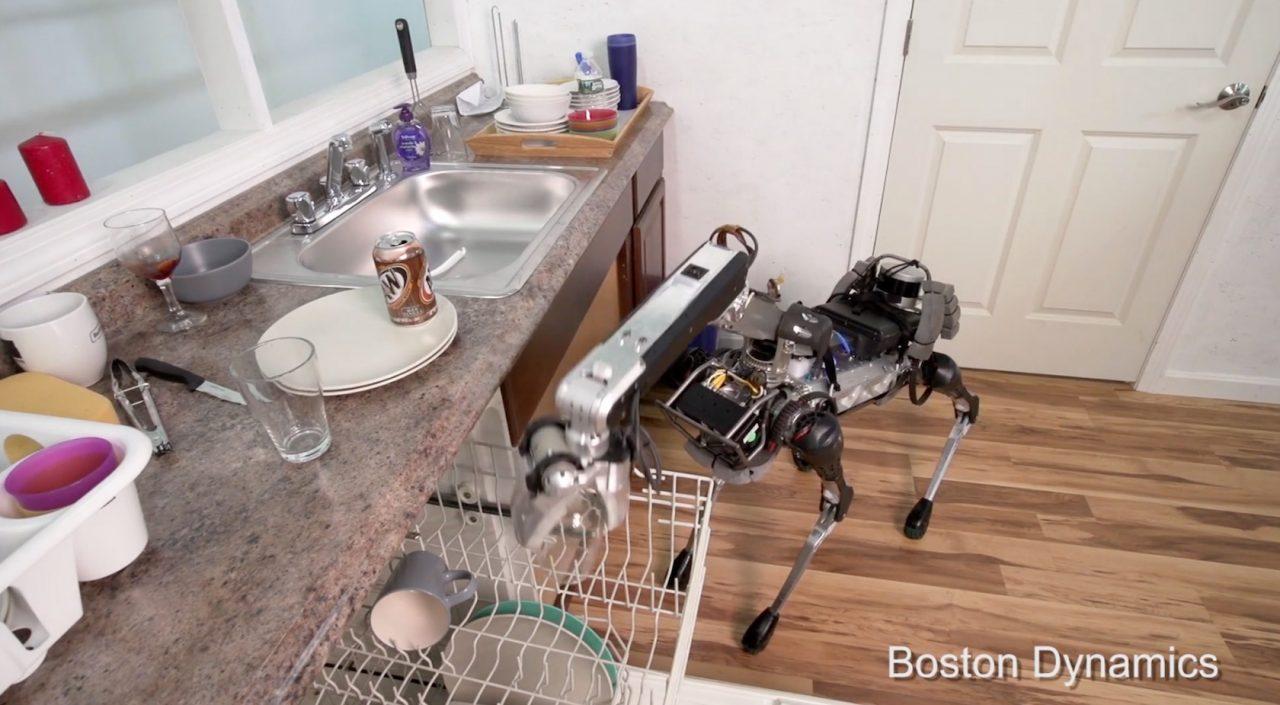 That sort of ability is most likely handled by a human operator, however. According to the company, while SpotMini can do some things autonomously – using various sensors, depth cameras, a gyroscope, and proprioception sensors – like navigation and some mobile manipulation, more advanced tasks require the assistance of a flesh and blood helper.

Currently, Boston Dynamics is owned by Alphabet, but rumors suggest that Google’s parent company is looking to cut the division loose over concerns that a domestic-scale robot is still too far out, there’s no real commercial application on the horizon, and that inter-team tensions have stymied development. 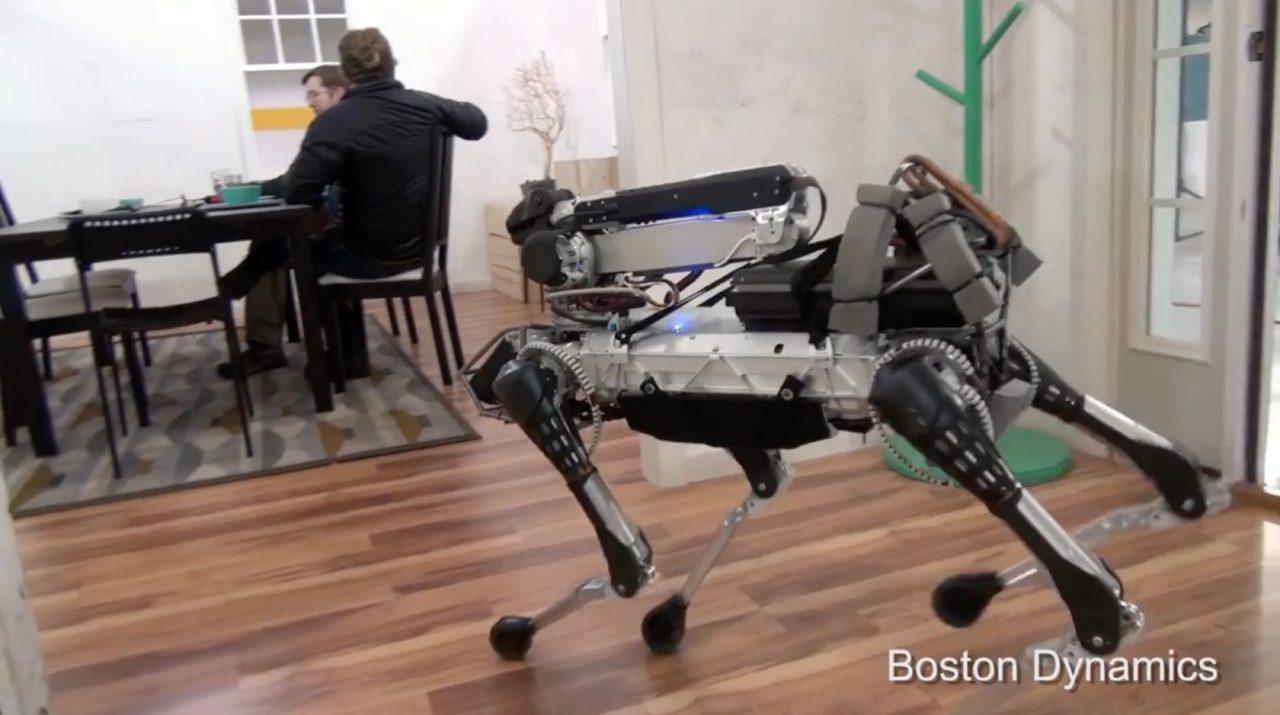 Meanwhile concerns about the public image of robots have also reportedly prompted reticence among Alphabet’s PR and marketing teams.

Whether that results in a sale or not, it seems it’s still all-go within Boston Dynamics as the hunt to perfect a robotic helper continues. As well as its four-legged creations, the team is working on upgrades to its two-legged Atlas ‘bot, which is now able to operate cable-free and with smoother, more human movements.