Google parent Alphabet is exploring a sale of Boston Dynamics, the specialist creator of creepy robot dogs and humanoids, after failing to come up with a way to turn a profit from the high-tech team. The company, which has worked on various robotics projects with DARPA, the US military, and numerous other firms, was acquired by Google in late 2013, after former exec Andy Rubin decided the company would be a perfect fit for his robot ambitions, a project dubbed Replicant.

Boston Dynamics has made a name for itself by simultaneously enthralling and terrifying robotics industry watchers with its animal-inspired creations. The company has looked to examples of form following function in nature to create robots that can run like cheetahs, carry huge loads like mules, and stand on precarious or icy surfaces like moose.

Technically, that’s very clever, but Boston Dynamics’ periodic videos of the robots in action has also triggered no small amount of concern about the future roles such creations might play in society. 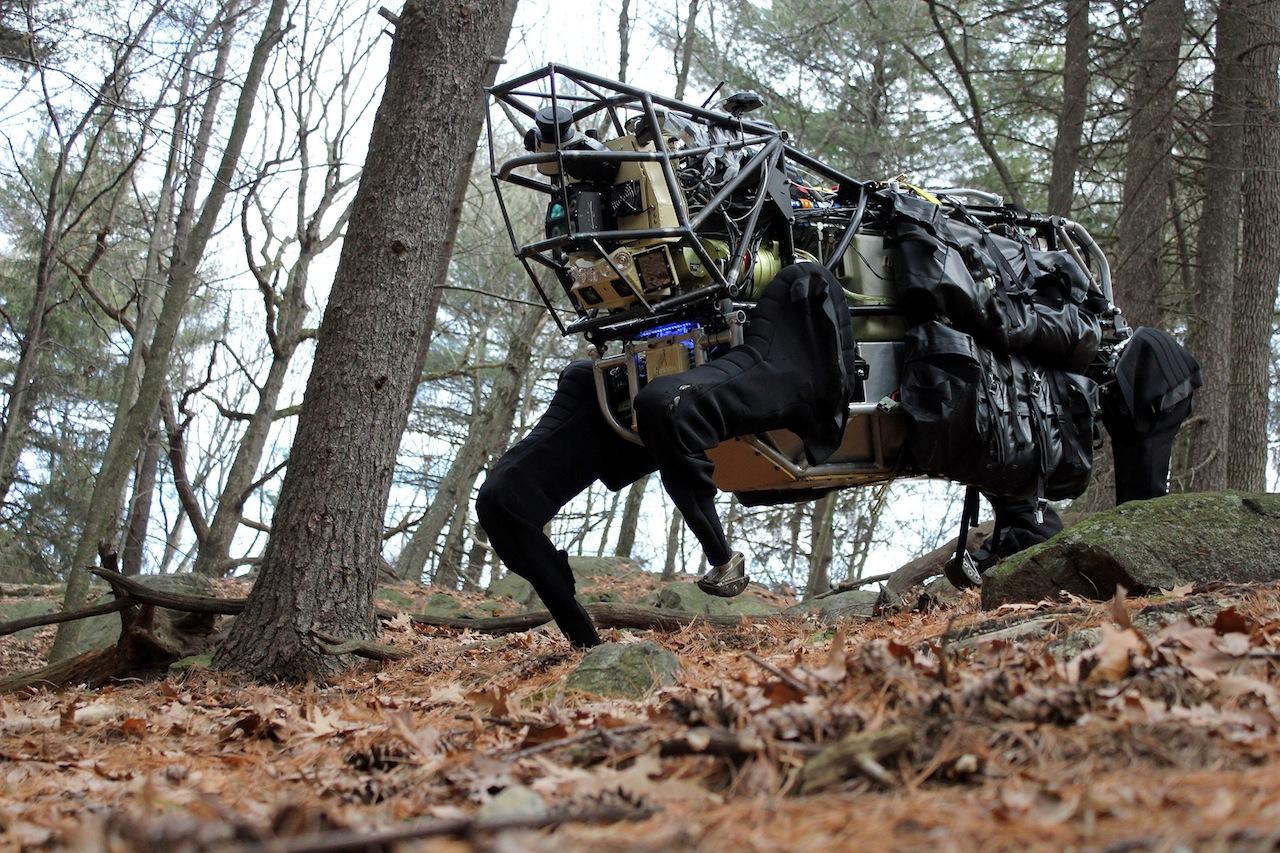 On the one hand that’s been tongue-in-cheek, with references to Skynet from the Terminator series of movies. However, there have also been more serious questions about the number of human workers in a variety of industries that could lose their jobs and be replaced by robots.

Now, sources tell Bloomberg, Alphabet is looking to distance itself from that conversation, putting Boston Robotics up for sale.

The reasons for that decision are varied, though generally boil down to profit and perception. On the one hand, executives at Alphabet have apparently voiced complaints that Boston Dynamics is unlikely to produce a commercially viable product any time soon, with the controversy fueled by inter-team tensions.

Boston Dynamics execs have been, it’s said, reluctant to work with their counterparts in other parts of the Replicant project. Signs of the tensions were inadvertently made public within the company when minutes from a private meeting, and subsequent emails, were accidentally posted on a company message board.

Alphabet, and temporary Replicant management brought in after Rubin left the project in 2014, had been pushing for the development of a low-cost, four-legged robot. That failed to materialize, and as Replicant was absorbed into Google X, the R&D group Alphabet uses to chase its so-called moonshots, staff on the project were apparently warned that they could be reassigned should robots not prove to be in line with the company’s more prominent ambitions.

Meanwhile, public questions about the roles robots might play – whether chasing humans down, or simply stealing their jobs – were proving unpalatable in Google’s public relations team. According to emails also leaked as part of the message board gaffe, Google X spokesperson Courtney Hohne warned that the videos Boston Dynamics had been releasing were triggering questions among the press about “it being terrifying, ready to take humans’ jobs.”

A video released in February this year showed one of the latest iterations of ATLAS, the bipedal robot Boston Dynamics have been working on. Far from the clunky, cable-tethered monster seen in previous footage, this newer version of the robot ditched the wires to walk smoothly and freely around.

Exactly who might take the company off Alphabet’s hands is unclear at this stage, though according to insiders both Amazon and the Toyota Research Institute (a division of the automaker of the same name) are potential suitors. Toyota and Google have declined to comment on the speculation, and Amazon is yet to speak.

Both would arguably have a good reason to be interested, however. Amazon is reportedly working on its own robotics project, in no small part chasing the extra productivity they might bring in its huge distribution network.

Toyota, in turn, has been working on robotics technology, though so far has predominantly only shown assistive creations that help the elderly to walk among other uses.