More cars could get new features, like advanced driver assistance and infotainment systems, through OTA updates rather than forcing drivers to trade in for a new model, as automotive suppliers double-down on the idea of the modern vehicle being a computer on wheels. Automotive supplier Bosch has announced it’s pulling down the walls between some of its biggest divisions, aiming to get ahead of the curve in features like multimedia, automated driving, and more.

Currently, the company has a number of different divisions, each focusing on its own area of automotive development. Bosch’s plan is to bring most of those teams together into a single unit from early 2021, focusing on the idea of a single underlying architecture for modern cars and SUVs. While that may all sound like inside-baseball, Bosch’s role as a Tier 1 supplier across the automotive industry does lend it an interesting slant.

The harmonization of systems that once would’ve operated pretty much independently is something we’ve seen automakers slowly embrace. Tesla arguably started the trend, with its tech-forward EVs demonstrating the broad scope of over-the-air (OTA) updates when all of your hardware is interconnected. Cadillac has done something similar with its latest platform, underpinning vehicles like the new CT4 and upcoming Escalade. 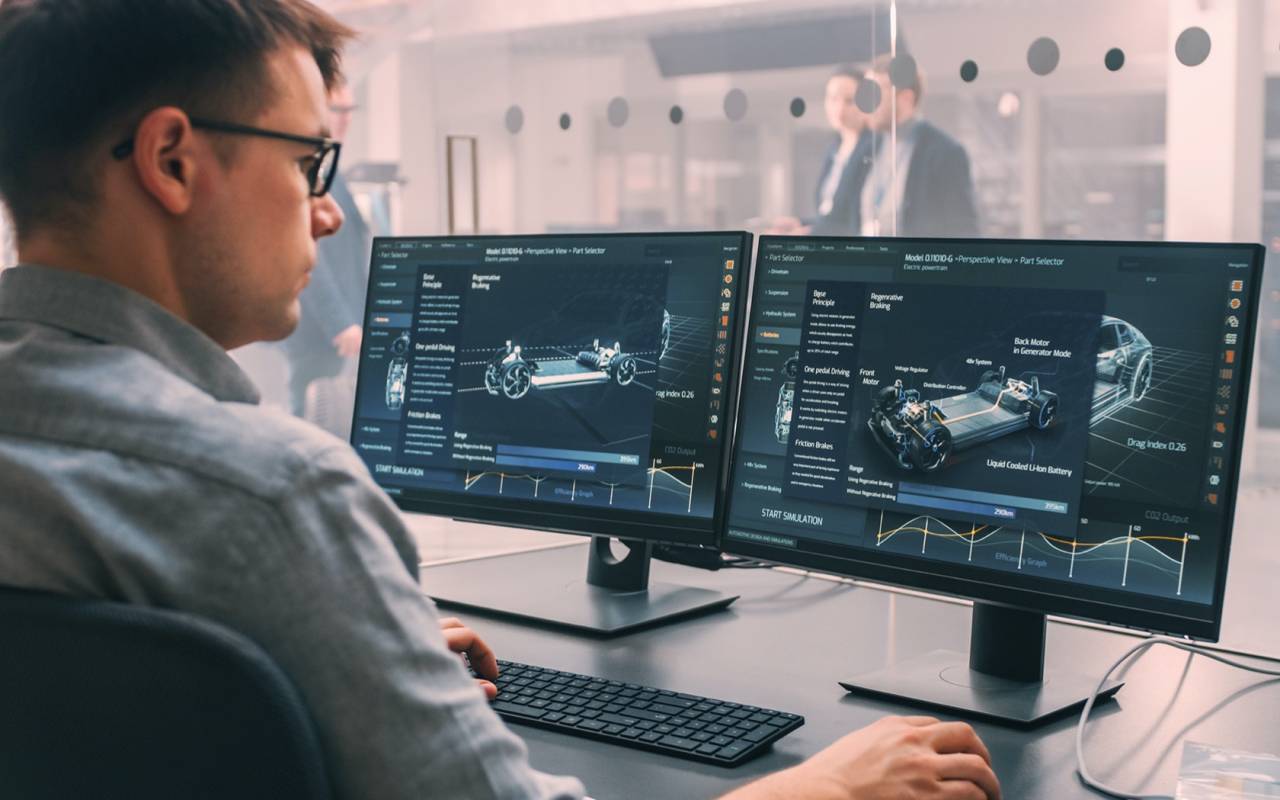 Ford’s Mustang Mach-E, meanwhile, will also feature a deeply-integrated electronics and systems architecture, as will the incoming F-150. Not only does that pave the way for more flexible OTA updates – beyond just the usual new navigation maps we’ve seen connected infotainment systems promise – but advanced driver-assistance technologies like Ford’s Active Drive Assist.

Bosch’s goal is to provide that “nervous system” for tomorrow’s vehicles, and so it’s knocking down the walls between its teams in much the same way. The new Cross-Domain Computing Solutions division will eat up the current Car Multimedia division, as well as parts of the Powertrain Solutions, Chassis Systems Control, and Automotive Electronics divisions.

Part of the appeal for automakers is expected to be a reduction in complexity – and thus cost. “Today’s premium vehicles feature more than 100 individual control units, and even compact vehicles have between 30 and 50,” Harald Kroeger, member of the Bosch board of management, explains. “Such powerful computers will allow us to significantly reduce these numbers.” 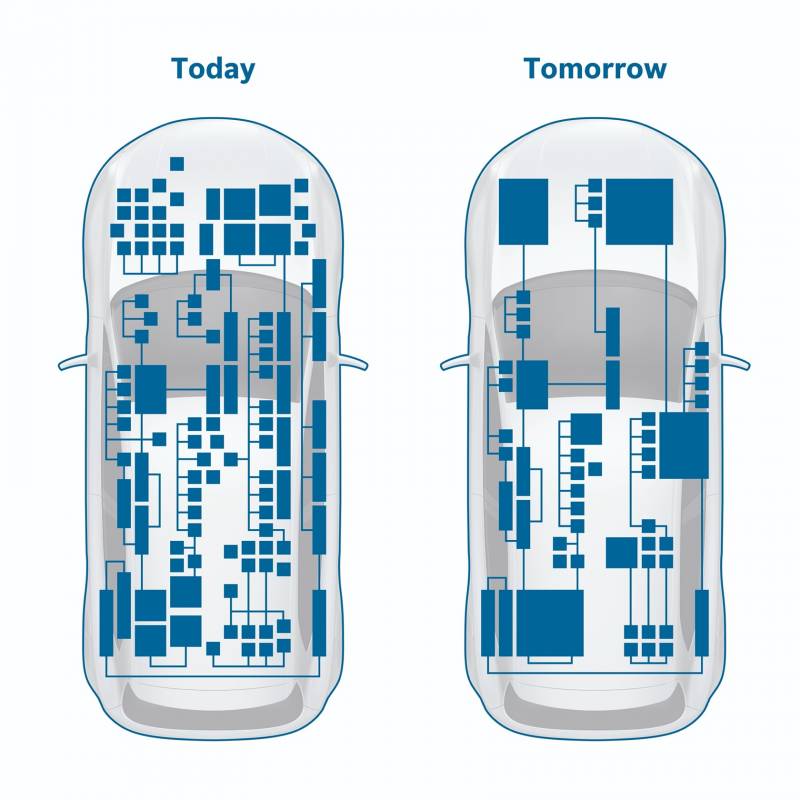 Instead of each system having its own, independent controller, there’ll be a smaller number of more powerful vehicle computers that are collectively responsible for managing most if not all of the features of the car. They’ll also be more inter-compatible, Bosch promises, since rather than having tech from different suppliers trying to coexist, it’ll be a single platform running the shop.

How enthusiastically automakers actually embrace all this remains to be seen. Certainly, we’ve seen both big names and more niche players embrace the idea of a better-interconnected architecture for the modern vehicle, though it makes choosing a partner for that all the more weighted a decision. For drivers, meanwhile, it could pave the way to vehicles getting updates in the same way that their smartphones and computers do currently, adding abilities without necessarily having to switch to a whole new vehicle.