Electrified cars may be increasingly popular, but one of the big questions is what happens when the batteries aren’t holding enough charge for use on the road? BMW is showing off one of its solutions, officially opening its battery storage farm at the grounds of BMW Plant Leipzig in Germany today. Inside the facility, a next-door neighbor to the plant where it produces EVs like the BMW i3, is the place where old electric car batteries go to retire.

The problem with electric cars – or, at least, one of them – is that they’re only as useful as their range. That means power-dense batteries, and over time that density declines as the batteries age. When the cells aren’t pulling their weight any more, or the car itself is decommissioned, something has to be done.

Turns out, though, that even if a battery isn’t up to storing power for a car, that doesn’t mean it’s not storing any power. In fact, BMW itself has an i3 battery warranty that suggests that the car’s high-voltage power pack should keep at least 70-percent of its original value at delivery after eight years of that happening. If it dips under that, BMW will replace it. 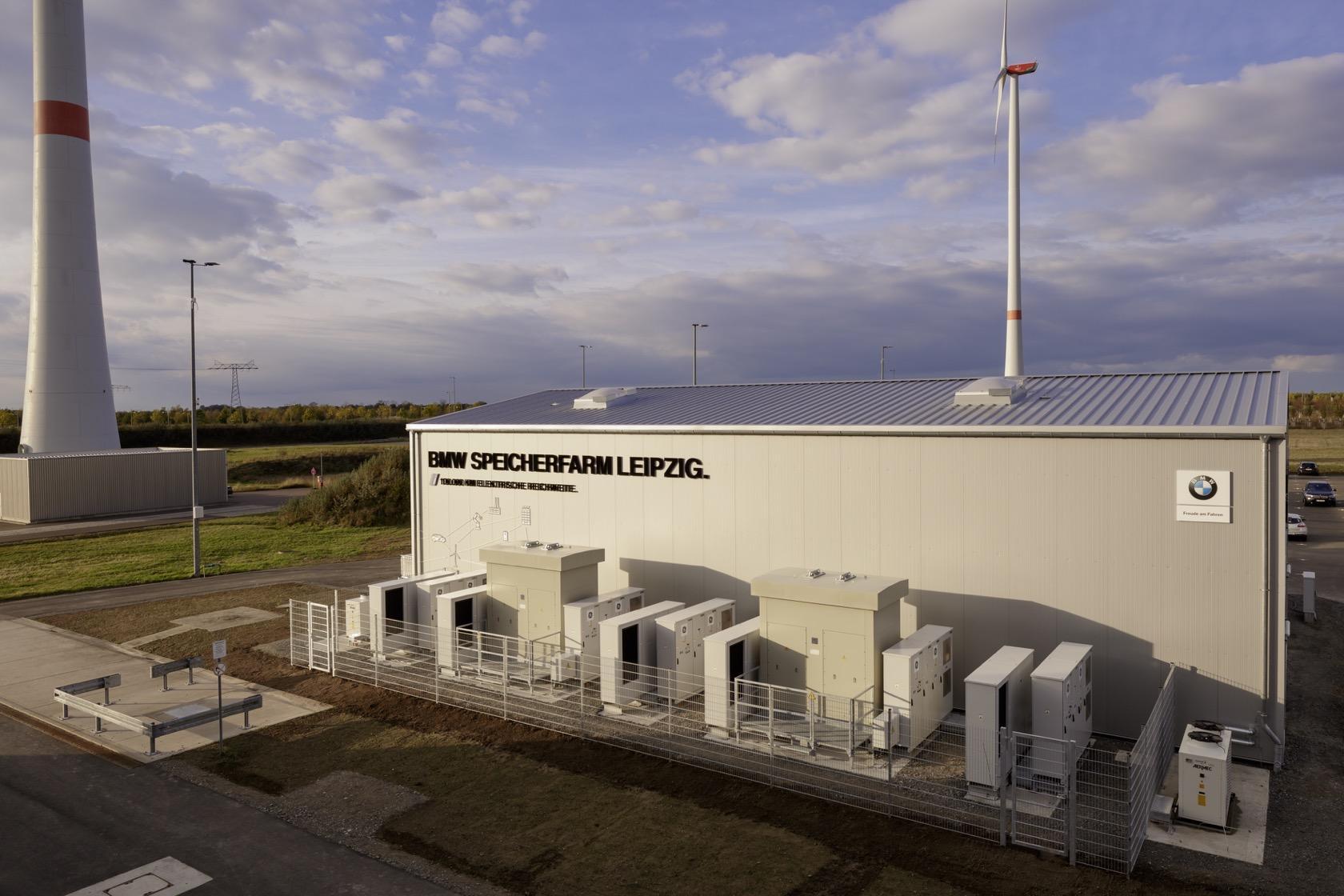 70-percent of a 22 to 33 kWh battery, as fitted to the i3, is still a decent amount of storage. What BMW is doing with them is racking them up as a way to store power produced by a bank of wind turbines also on the site. It can use that power when BMW’s facilities need it, or, since it’s connected to the country’s power grid, feed it into that for more widespread use during periods of high demand. On the flip side, when there’s an excess of power on the grid, BMW’s batteries can take some of it to save for later.

The Leipzig battery farm can house up to 700 used BMW i3 batteries, the automaker says, though right now there are 500 new and used batteries installed. That, BMW says, is because the i3 is only four years old, and most of the cars are still on the road with their original battery packs. 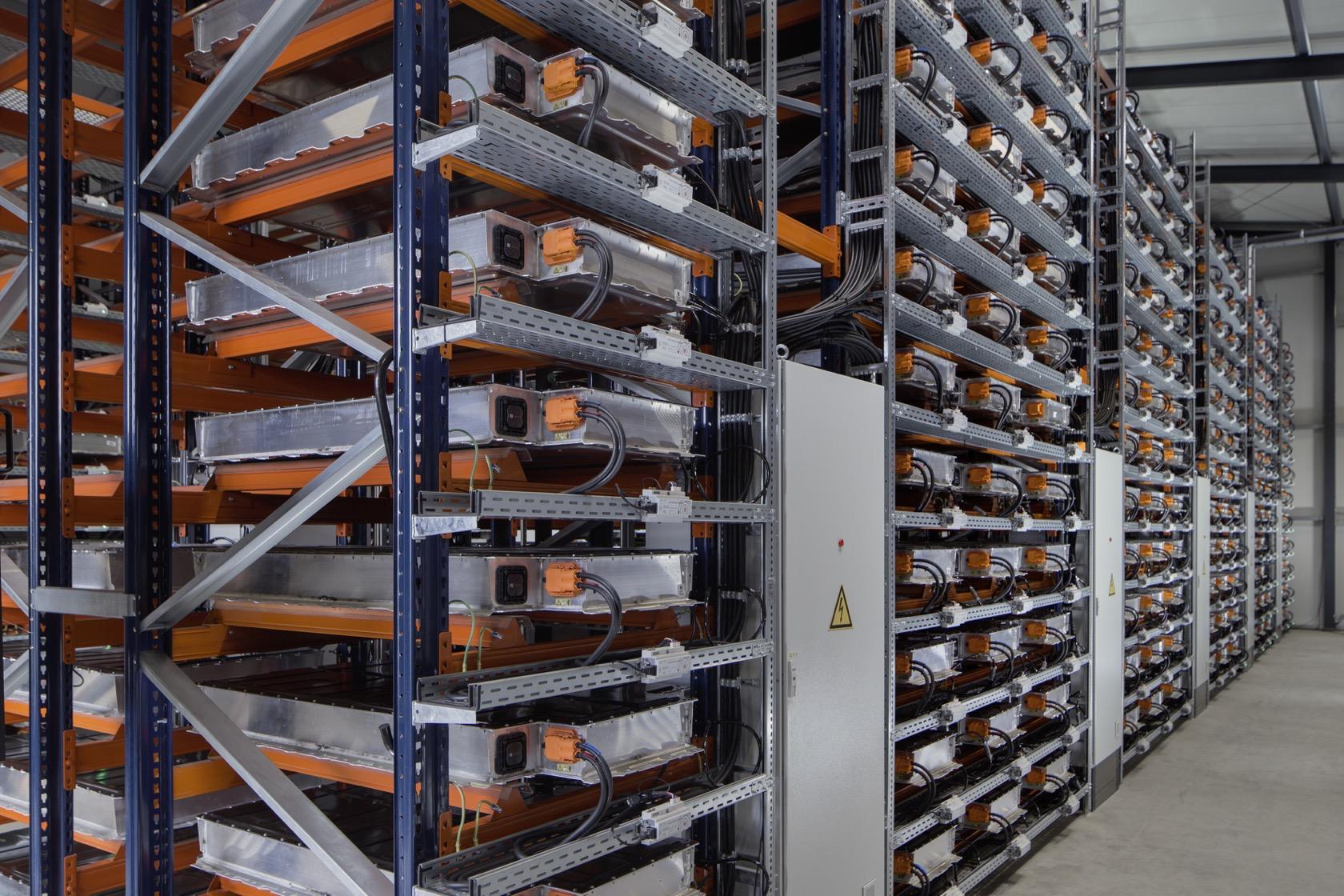 “The capacity of 700 high-voltage batteries is the equivalent of an electric range of 100,000 km [62k miles] in a BMW i3,” Joachim Kolling, Head of Energy Services at the BMW Group, said of the plant. “The scalable approach means that the storage unit could be further expanded to accommodate more batteries. It is also already compatible with upcoming battery generations and therefore future-proof.”

Electric car makers haven’t yet reached a consensus about what should be done with old EV batteries. Tesla, for instance, while it has a number of projects involving battery farms, uses new power packs rather than old ones from its cars. Those end-of-life batteries are recycled instead, extracting as much of the rare-earth materials inside as possible for reuse.