Get ready for some more huge dashboard displays, with BMW teasing its upcoming iDrive system at CES 2021 today. Set to be fully unveiled later in the year – and arrive first in the BMW iX all-electric SUV in early 2022 – the new infotainment system won’t just see the screens get bigger but, the automaker promises, more flexible and automated too. However, unlike some rivals, BMW isn’t turning to the touchscreen for everything.

BMW clearly isn’t alone in thinking about how larger touchscreens and displays can make sense in new vehicles. Earlier this month, Mercedes-Benz revealed its MBUX Hyperscreen, a dashboard-spanning series of screens set to dominate the cabin of the upcoming Mercedes ECS luxury electric sedan. 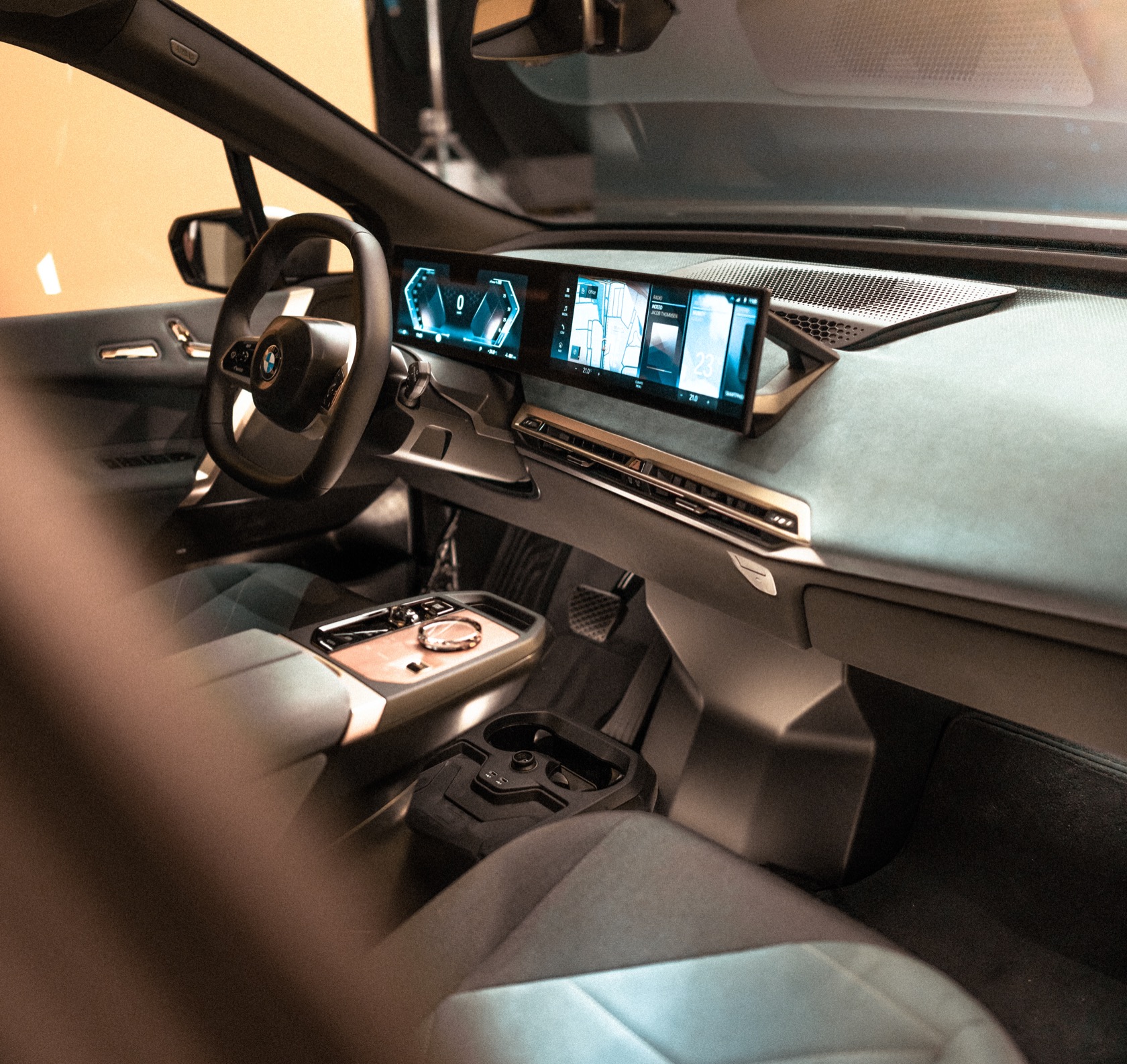 In comparison, the BMW iX’s panels look a little less overwhelming. The driver will get a 12.3-inch display for their instrumentation, while the central touchscreen will measure in at 14.9-inches. Both will be housed in a new magnesium design, with anti-reflective cover glass. 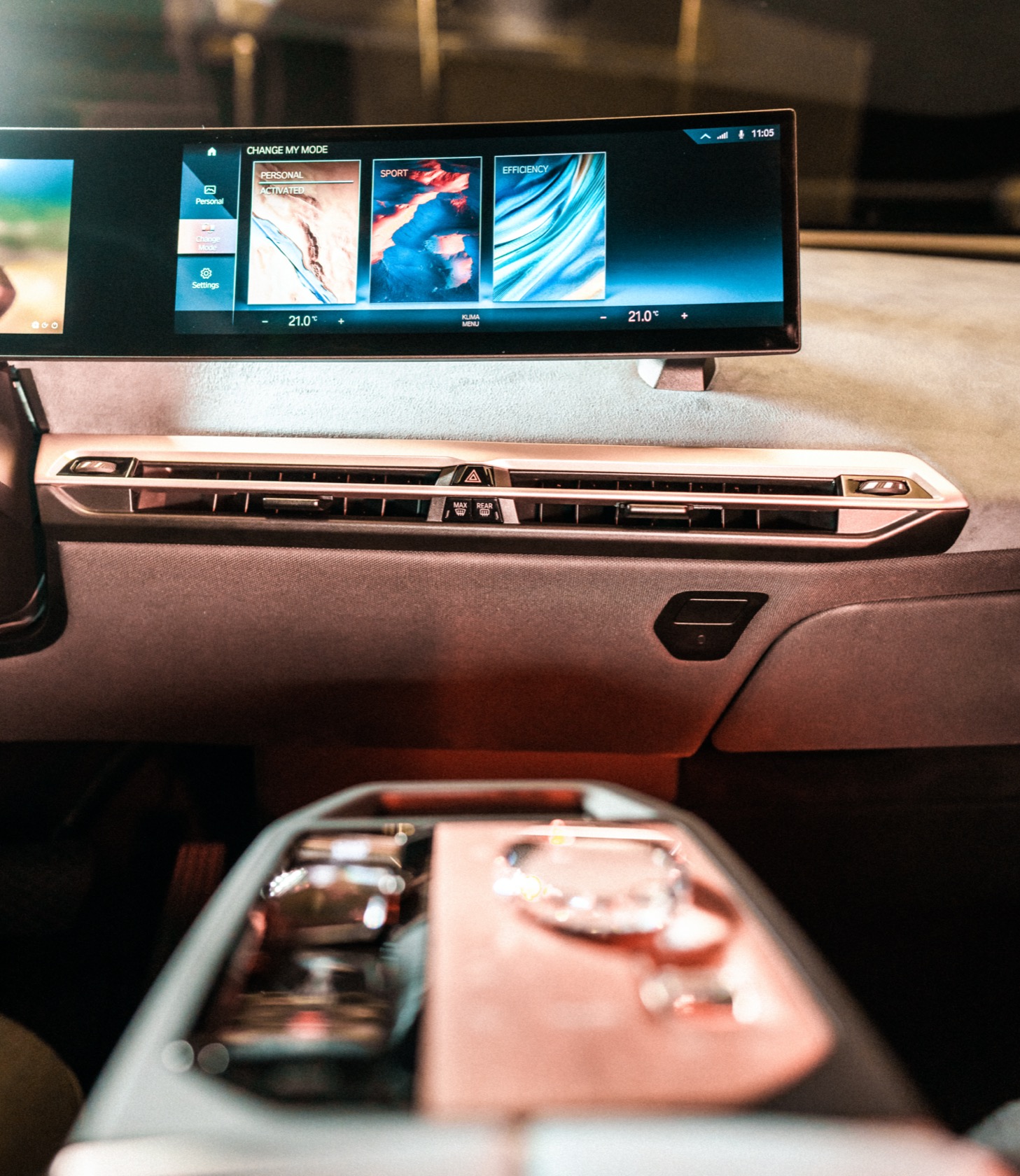 BMW promised a whole new UI for its iDrive operating system when it announced the iX in November of last year, and now it’s dropping more hints about just what that will include.

“Digital intelligence has been introduced into cars, optimized sensors now allowing them to perceive and analyze their surroundings,” the automaker points out. “As a result, elements of driving and parking can be automated to an increasing degree. And cloud-based services dip into a growing pool of real-time data.” 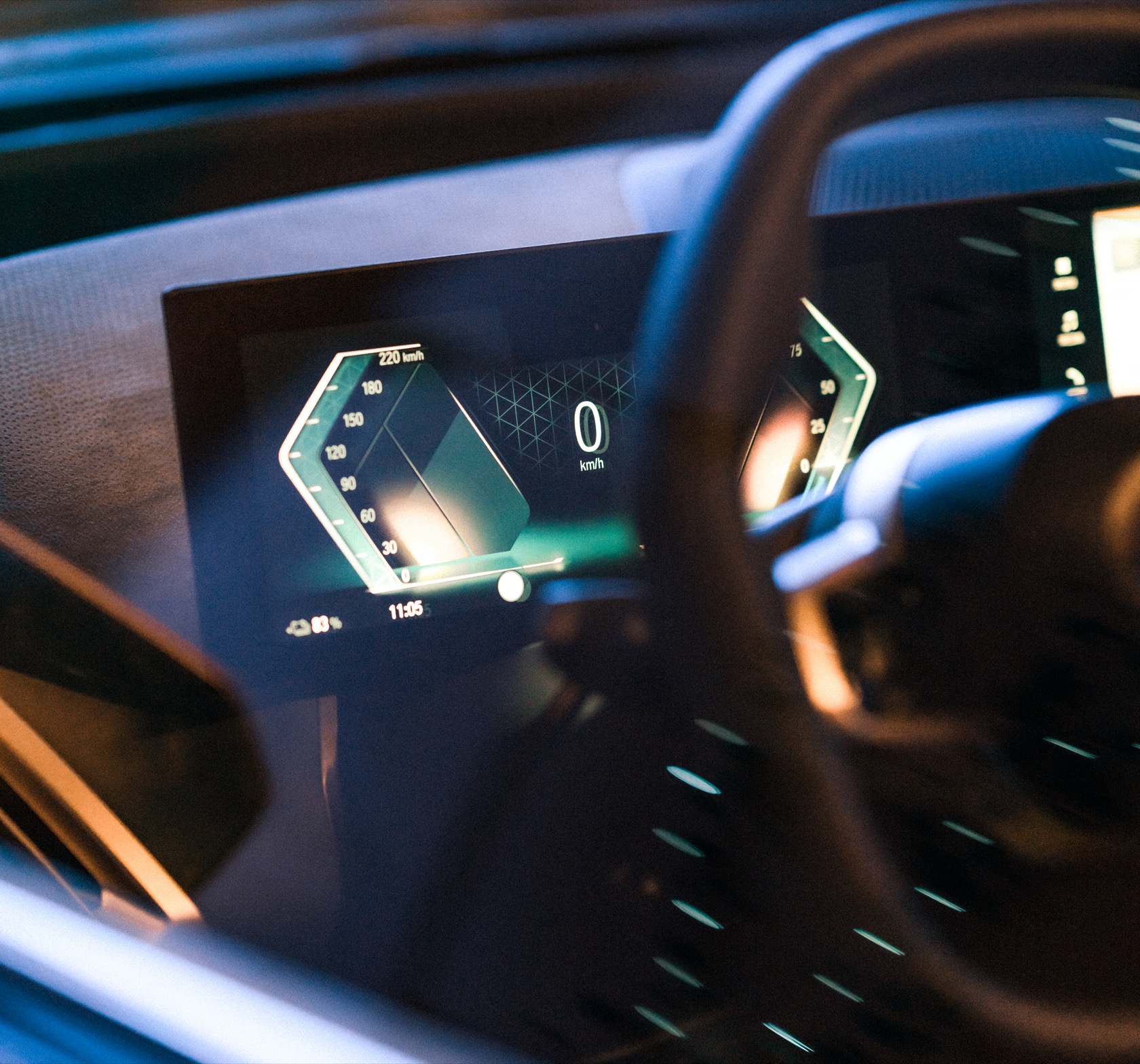 The result, BMW argues, is that a lot of the time the car will know more than the driver themselves will. That will include things like crowdsourced traffic and hazard alerts from other connected BMW vehicles, or the ability to predict open parking spaces at a destination programmed into the navigation system.

What BMW isn’t doing is getting rid of physical controls altogether, which is likely to please a lot of drivers concerned about a fully-virtual cockpit. The iDrive controller – a mainstay of the infotainment system since BMW introduced the first-generation of the system in the 2021 7 Series sedan – may not look quite the same as it once did, but the crystal knob in the center console of the BMW iX still promises the same sort of hands-on interface. 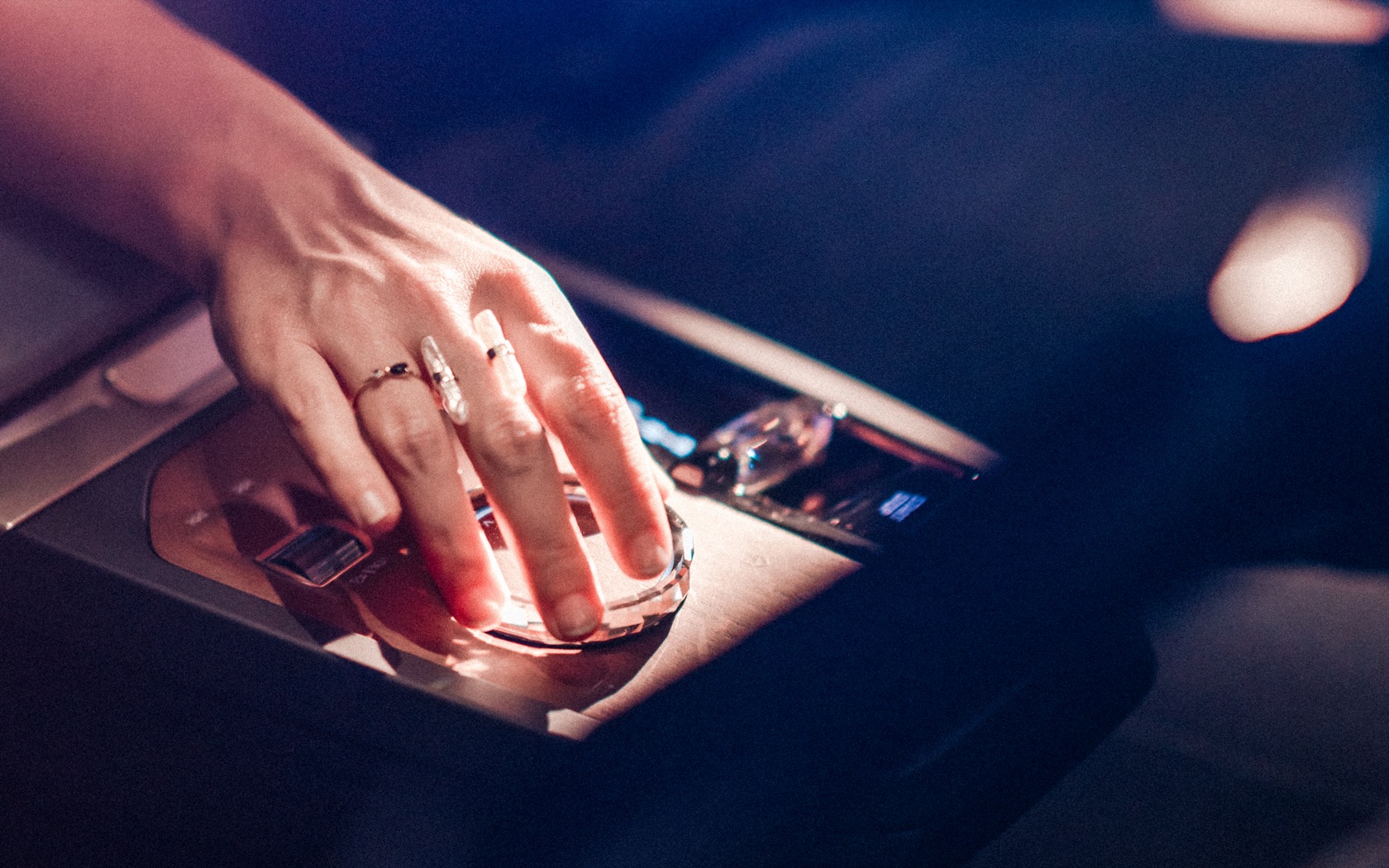 It’s a distinct divergence from what Mercedes is doing with MBUX Hyperscreen, where almost everything in the cabin has been handed over to the touchscreen UI. Indeed, Mercedes says, only the ECS’ start button will be physical, along with its headlamp controller. While some elements of the onscreen interface – like the HVAC controls – will be fixed in place, everything else will be a virtual button, dial, or slider, allowing Mercedes to push OTA updates and evolve the EV’s design. 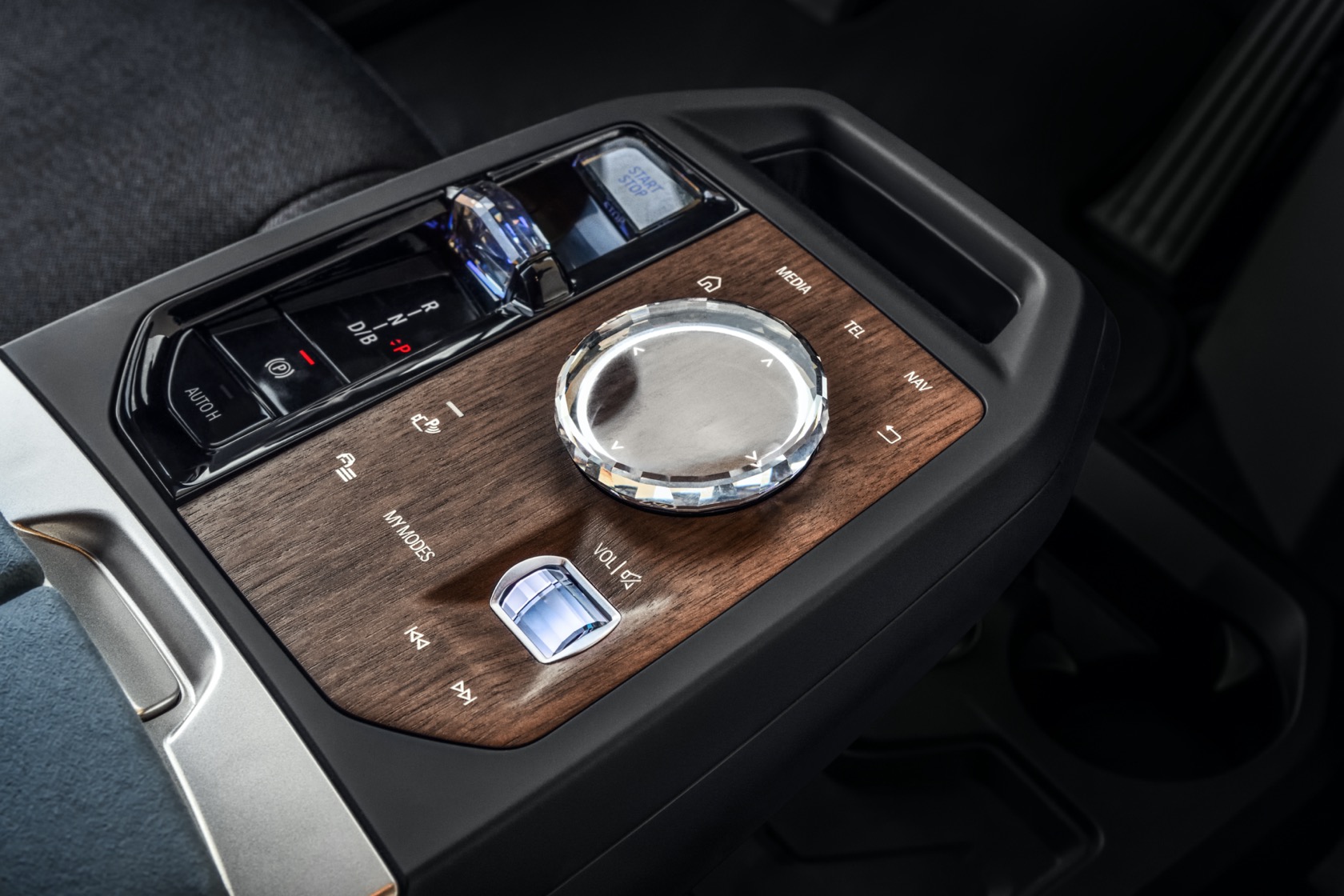 That’s not to say BMW’s controls will all be big, physical buttons. The iX’s drive modes, shortcuts for jumping into different iDrive areas, and media controls will be handled via touch-sensitive keys with haptic feedback, the automaker says. Still, the difference there is that those buttons won’t be moving on a touchscreen: while it may take some different muscle memory to pin them down in your brain, it’s arguably going to be more user-friendly on day one than fully-virtual versions. 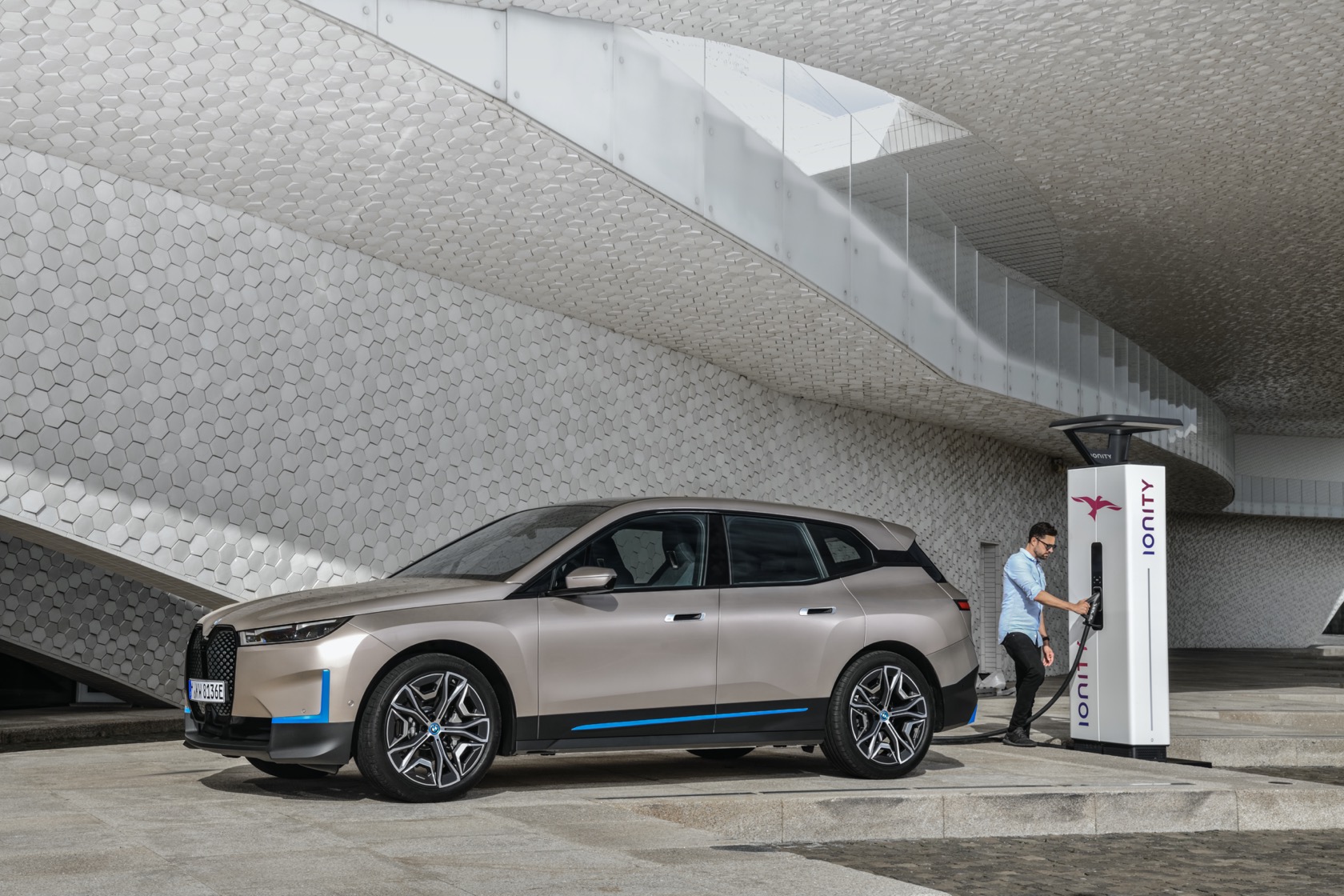 There’ll be voice control, as you’d expect, and an optional head-up display. Full details will be confirmed when the BMW iX gets its full reveal later in the year. Production will kick off in time for an arrival at US dealerships early next year. That’s when we’ll hear final range numbers – estimated to be around 300 miles on a charge, battery configuration depending – and pricing.