Look, you’re either going to love it or hate it: either way, there’s no ignoring the BMW Concept XM. A vision of what a high-performance electrified SUV might look like, and a preview of what BMW M says will be its most powerful model ever in series production, it’s an unapologetic bold hint as to what we can expect from the BMW XM.

That – the first standalone vehicle for BMW M since the BMW M1 – will begin production at the end of 2022. Offered only as a plug-in hybrid (PHEV), not to mention exclusively as a BMW M car, it’ll also be the start of a new front end design aesthetic for BMW’s upcoming luxury-class models. 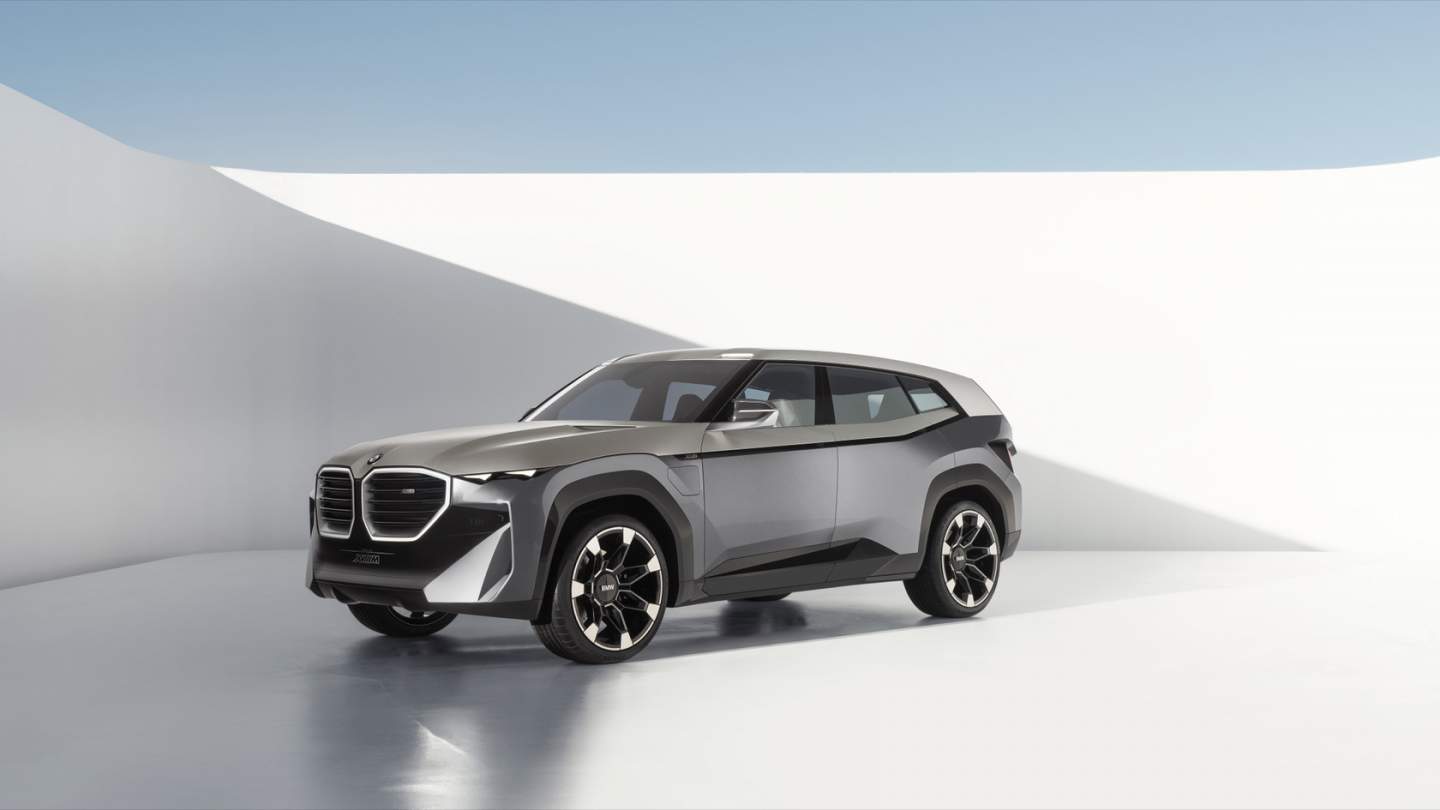 Before that, the BMW Concept XM will pave the way by getting some of the “shock & awe” handled first. There’s definitely no mistaking the SUV for anything else, with the automaker suggesting that BMW M is “forging a distinctive path in the luxury segment” with a PHEV that “emphasizes presence and extroverted appeal.”

At the front, there’s an even more outlandish kidney grille, with horizontal slats and a near-octagonal outline. It’s a combination of high-gloss black and contour lighting, with a new XM logo. BMW split the headlamps into two separate modules, with a daytime running light signature in the upper module. 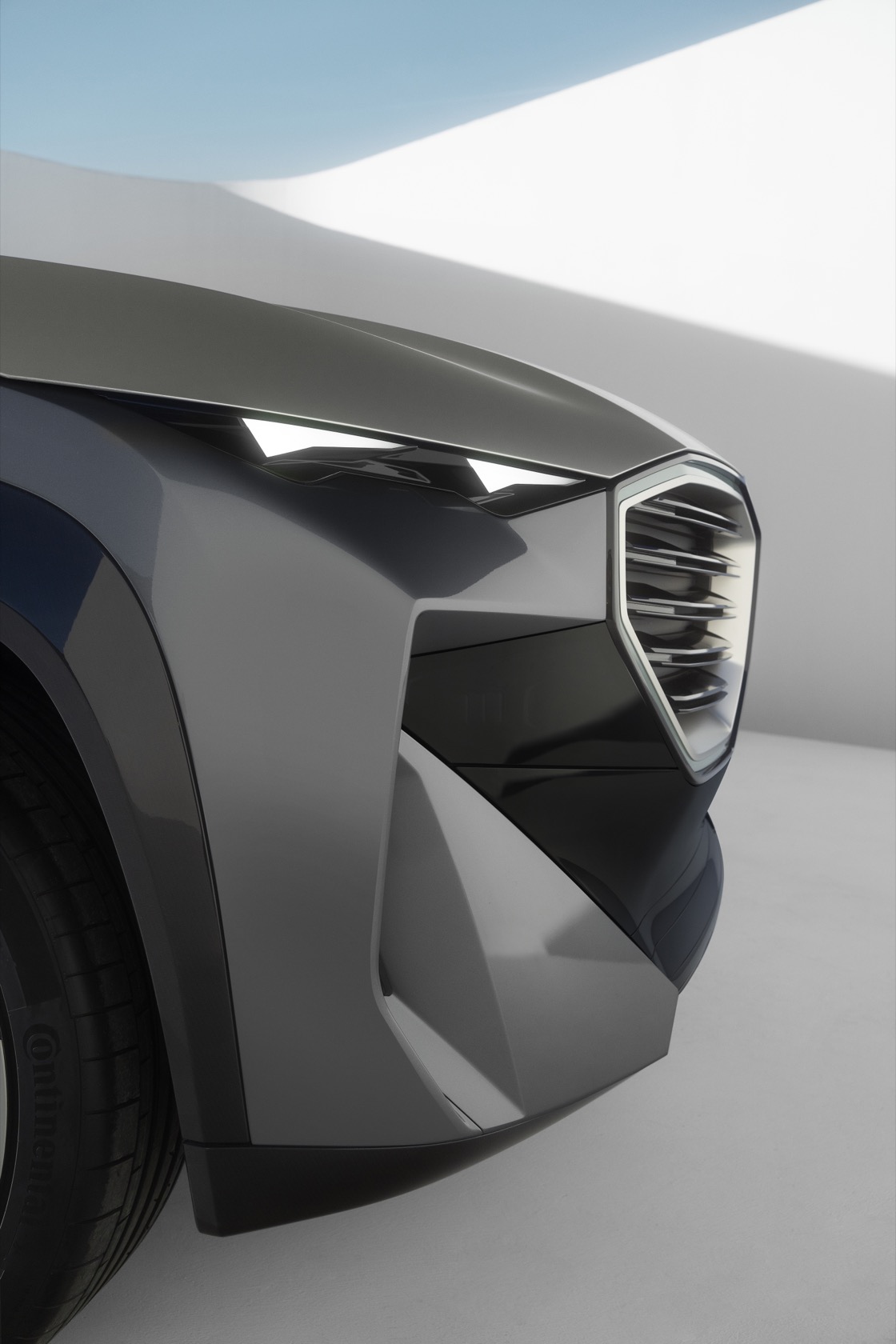 Moving back, the hood has heavy sculpting with two power domes, along with a pair of air intakes. There’s a contrast finish roof and black A-pillars, which help leave the windshield looking steeper in its rake. BMW then emphasizes that with slender LED lights into the roof itself, echoing the air intakes. Triangular blades, finished in the body color, are positioned at the outer edges. 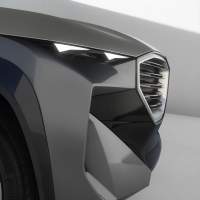 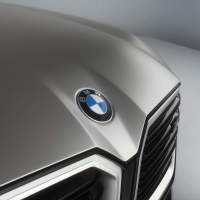 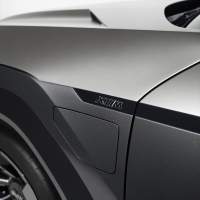 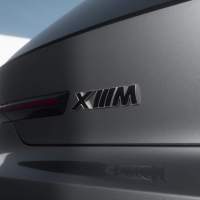 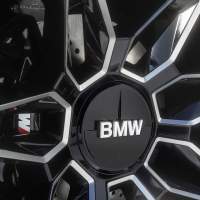 From the side, the glass tapers toward the rear, with the roofline a stretched slope. Two-tone paint features matte gold-bronze on top and Space Grey Metallic on the lower section. A “black belt” gloss-finish boundary separates the two, and BMW adds the charge port just behind the front left wheel. 23-inch light-alloy wheels – with self-leveling center logos – give the XM just the right degree of stance. 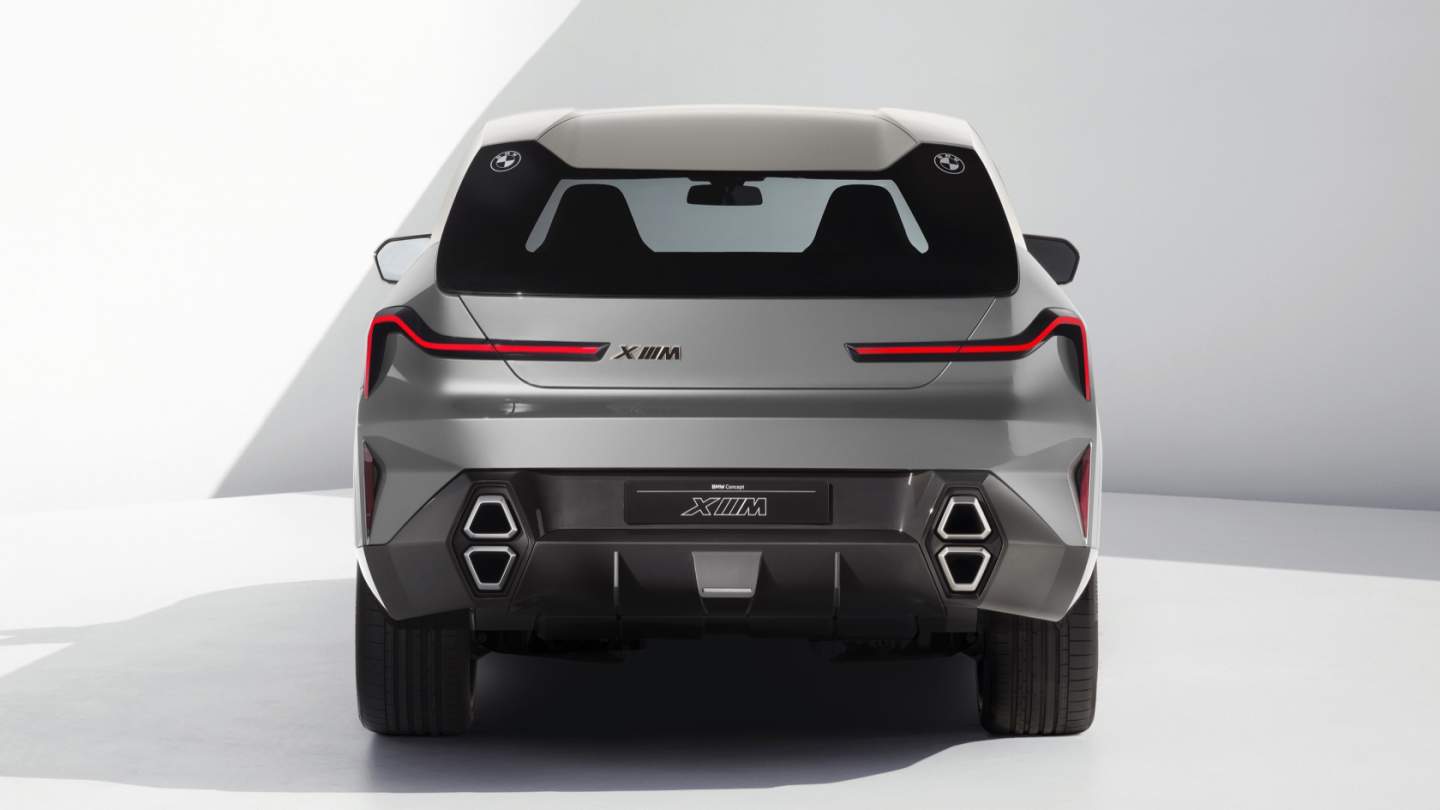 At the rear, the light clusters extend into the flanks of the SUV, with black cladding above the wheels and on the side skirts. The sculpted rear window fits in flush, with a pair of BMW roundels laser-etched into the space between the cantrails. The lights themselves are extra-slim LED clusters, black when not illuminated red, and then below that is a dual-branch, twin-tailpipe exhaust system with vertically-stacked, hexagonal exits. 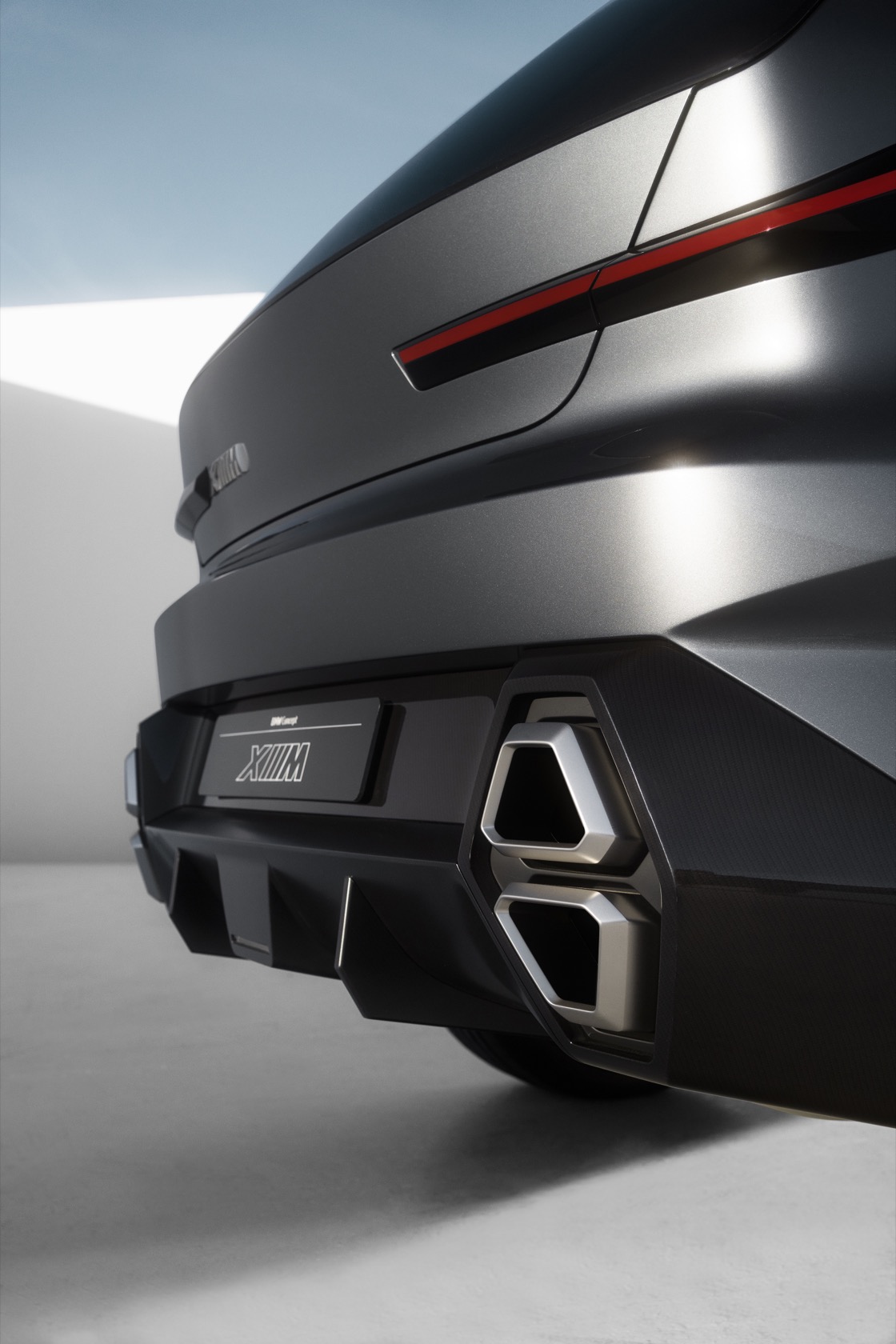 They’re a reminder that, while BMW’s iX may be all-electric, this BMW XM still has a gas engine at its heart. Specifically, a V8 that’s paired with a high-performance electric motor, together enough for 750 horsepower and 737 lb-ft of torque. BMW M isn’t talking performance figures yet, but those numbers are enough to overshadow anything else in the M catalog. 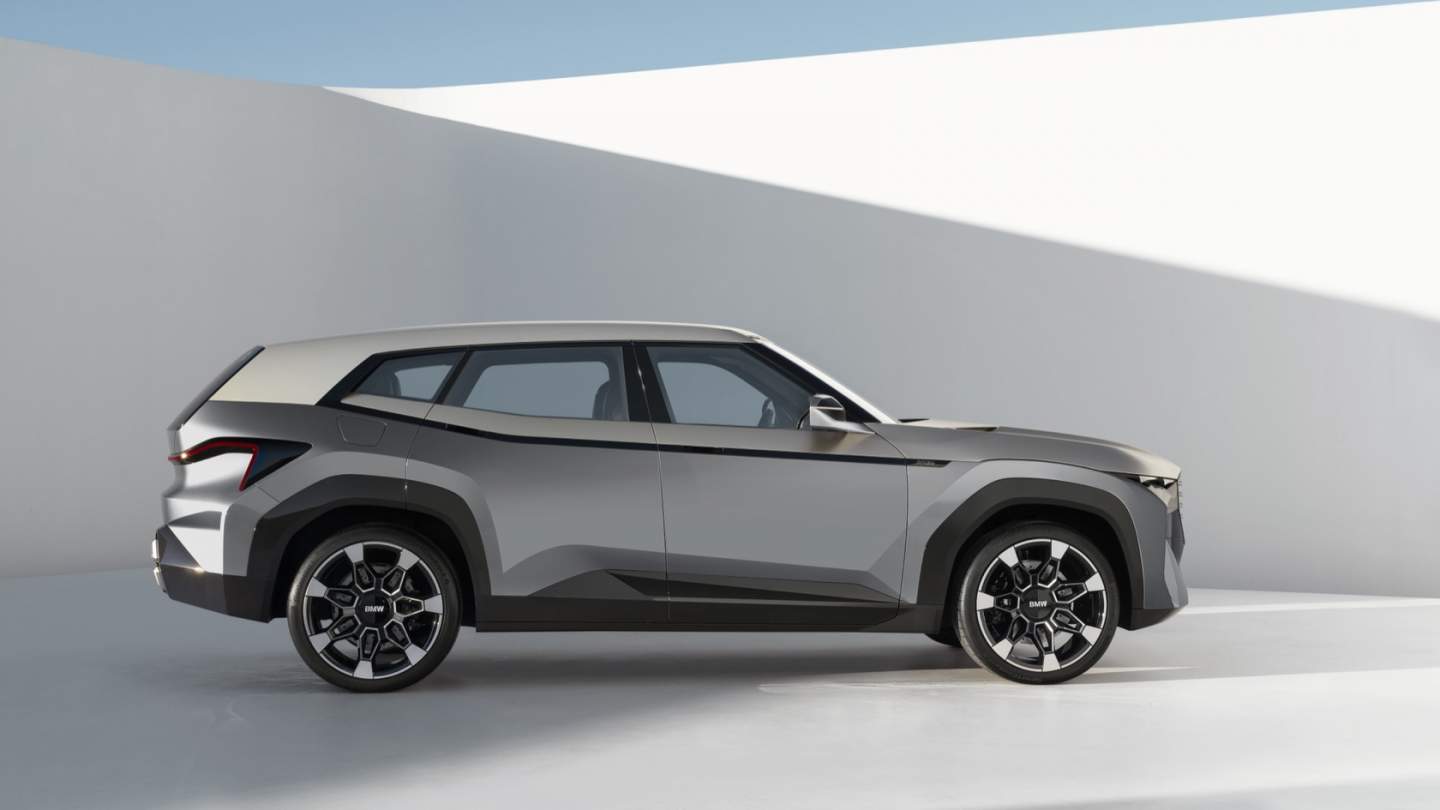 However, there’ll also be an all-electric mode, for those times when you don’t necessarily need the V8 active. BMW says it estimates the XM to have an electric range of up to 30 miles on the EPA cycle; hardly segment-leading, but a reminder that a performance hybrid can have some green credentials nonetheless. 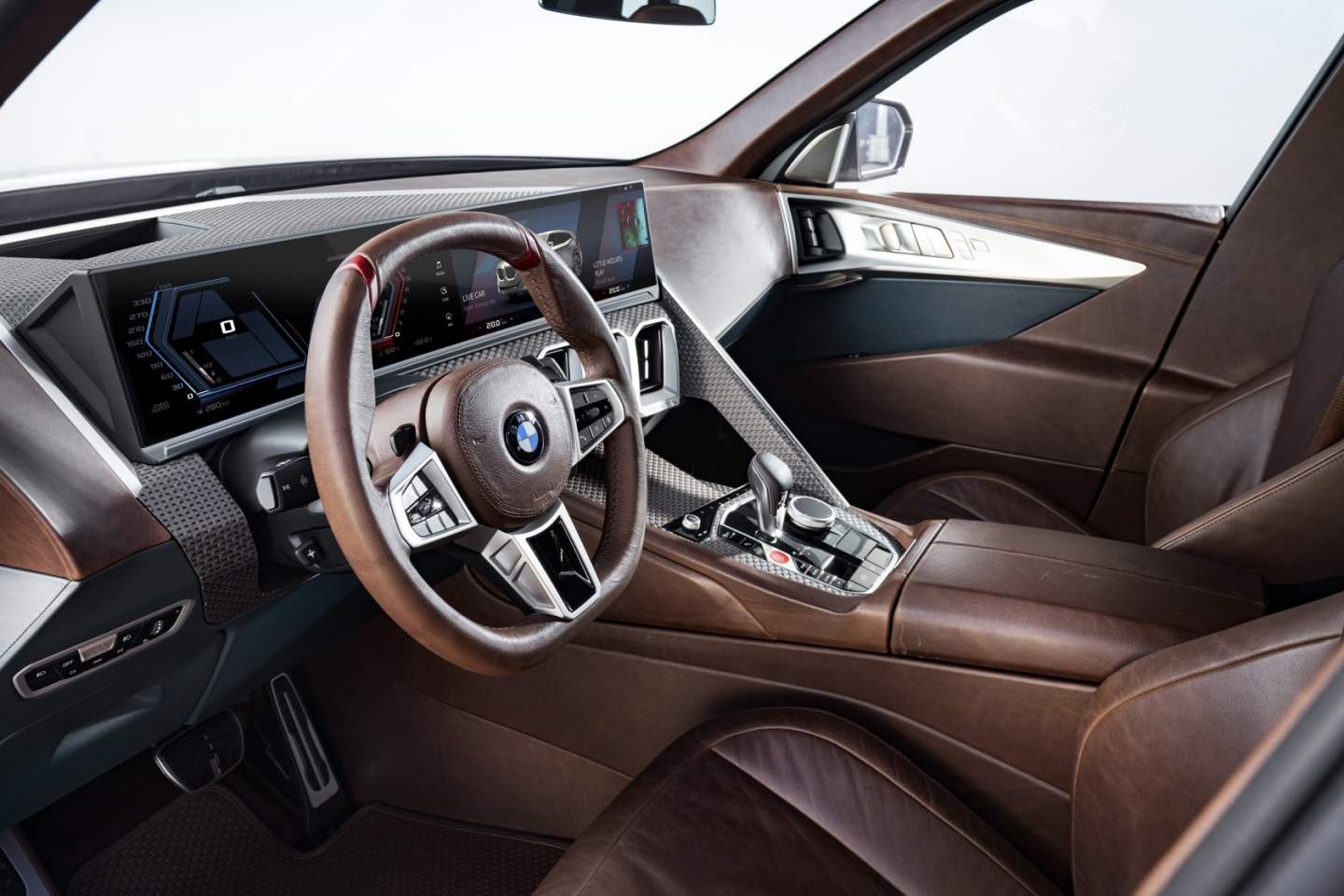 As well as previewing upcoming BMW exterior styling, the cabin is a vision of what we might expect from future production cars too. The front is imagined as a driver-friendly cockpit, with vintage-look brown leather combined with copper and carbon fiber. The driver sits in a structured cocoon, the instrumentation and controls all angled to them. 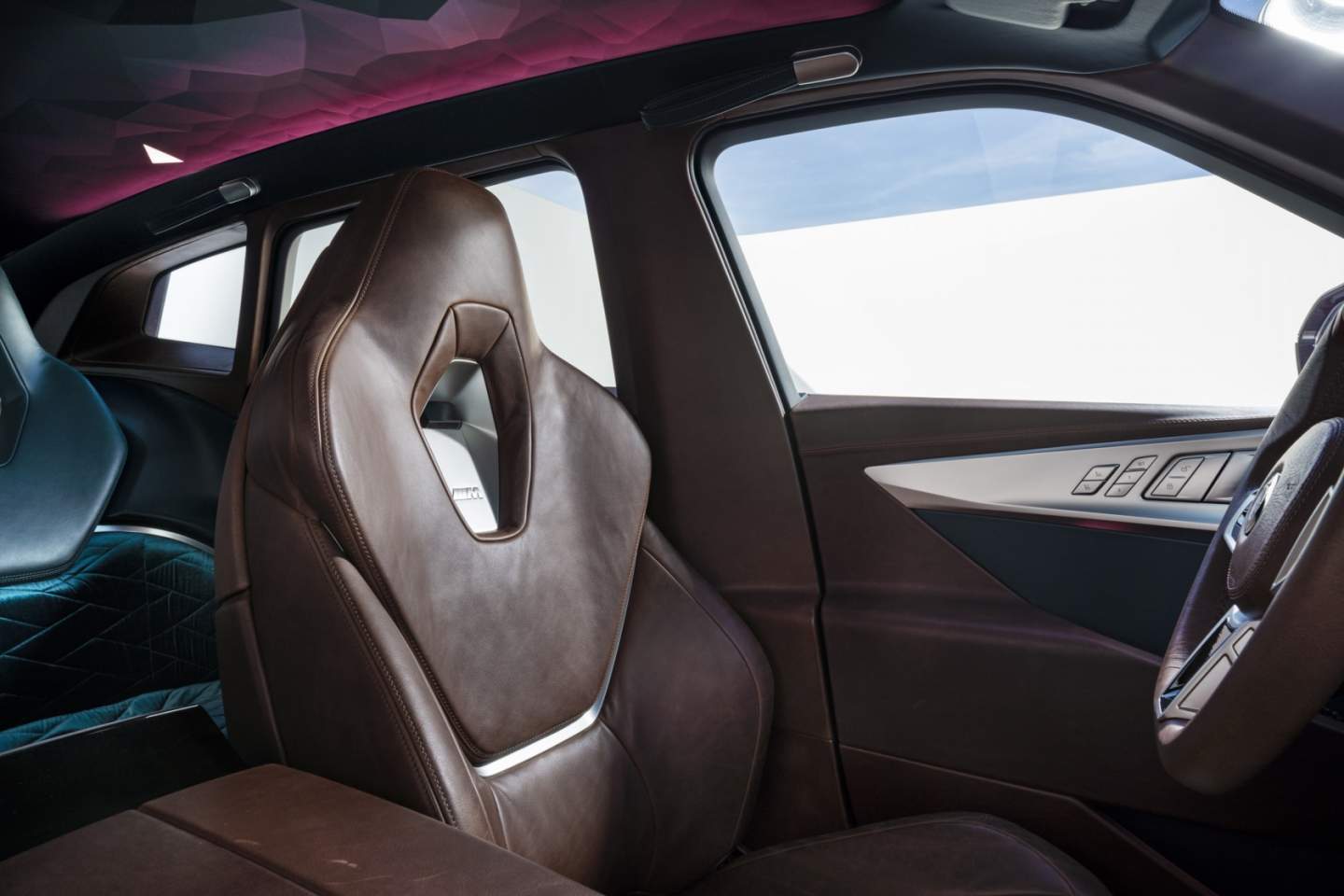 A BMW Curved Display takes care of the important gauges, while carbon fiber with interwoven copper thread picks out the HVAC controls and air vents. A trio of vertical elements in the center console borrow the trio of colors from the BMW M brand logo. 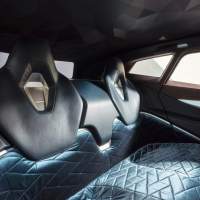 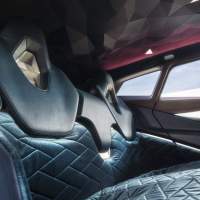 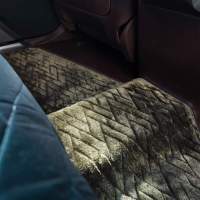 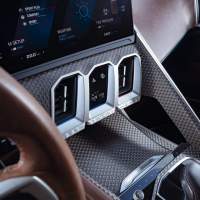 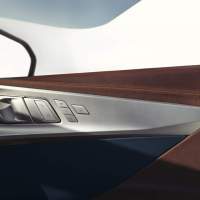 In the rear, meanwhile, luxury moves to the fore. BMW refers to it as an “M Lounge,” with black-tinted rear windows, a deep aquamarine Petrol color way, and velvet with diamond quilting. Matching pattern deep pile carpeting and a deeply-recessed bench promise to envelop passengers as they look up at the 3D prism structure headliner. Picked out with indirect and direct lighting, and joining the cabin’s other ambient lighting, it’s a mesmeric geometric light and shadow show. 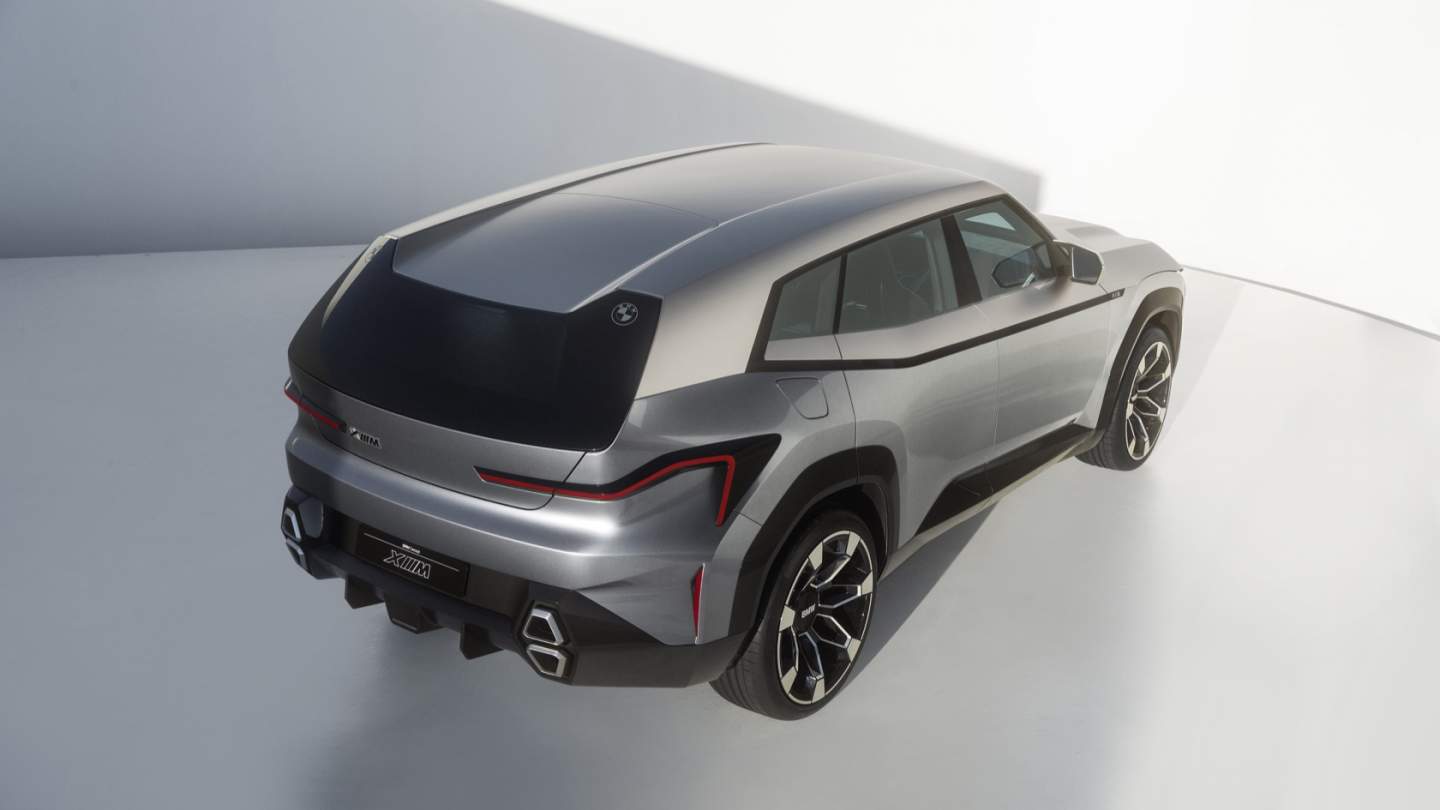 Clearly, BMW has adopted a take-no-prisoners approach to styling here. If the automaker has seen push-back about its growing grilles, the BMW XM is likely to inflame that, and not everybody – fan of the marque or otherwise – is going to like it. Nonetheless, amid concerns for the industry more broadly that the switch to electrification will mean cars like amorphous, wind-tunnel-shaped blobs, BMW’s uncompromising aesthetic suggests not every EV is going to look the same.